Go to Sebang they said – it’s going to be amazing they said… Eva wanted to organize something special for Niels birthday and booked a full-day tour to the world famous underground river in Sabang. But small changes made a big difference. Instead of getting picked up at 8 am the pick-up got prescheduled to 7am – Niels is not exactly a big fan of getting up too early. But the tour was prepaid and it was our only chance to see the underground river. Being on Palawan and not seeing the undergrund river is like being in Paris without paying the Eifel Tower a visit.

The drive from Puerto Princesa took us around 2 hrs, arriving in Sebang we needed to wait for another hr before finally a small boat took us to the cave (3 1/2 hrs total travel time). The river winds its way through the cave for more than 4 km before emptying into the sea. But you can only go for the first 1,5 km. Inside the cave there are huge chambers filled with stalactites and stalagmites. Thousands of bats hanging upside down from the ceiling. But to be honest the view from the outside is much prettier than the cave itself. Niels even requested a new birthday present….

Back in Puerto Princesa we walked around the city center and ended up in a shopping-mall where Niels found a play-area. Finally, there was some happiness. Aside from various Philippine means of transport which come in all shapes, colors and sizes there is not much to see in Puerto Princesa.

Outside view of the underground river 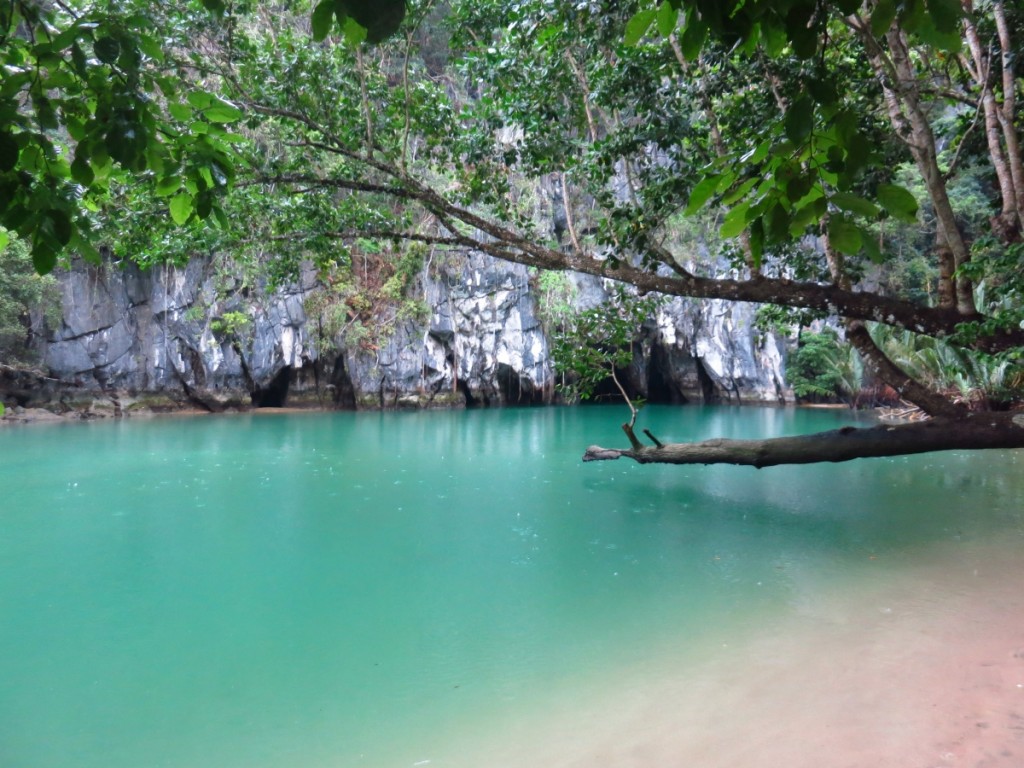 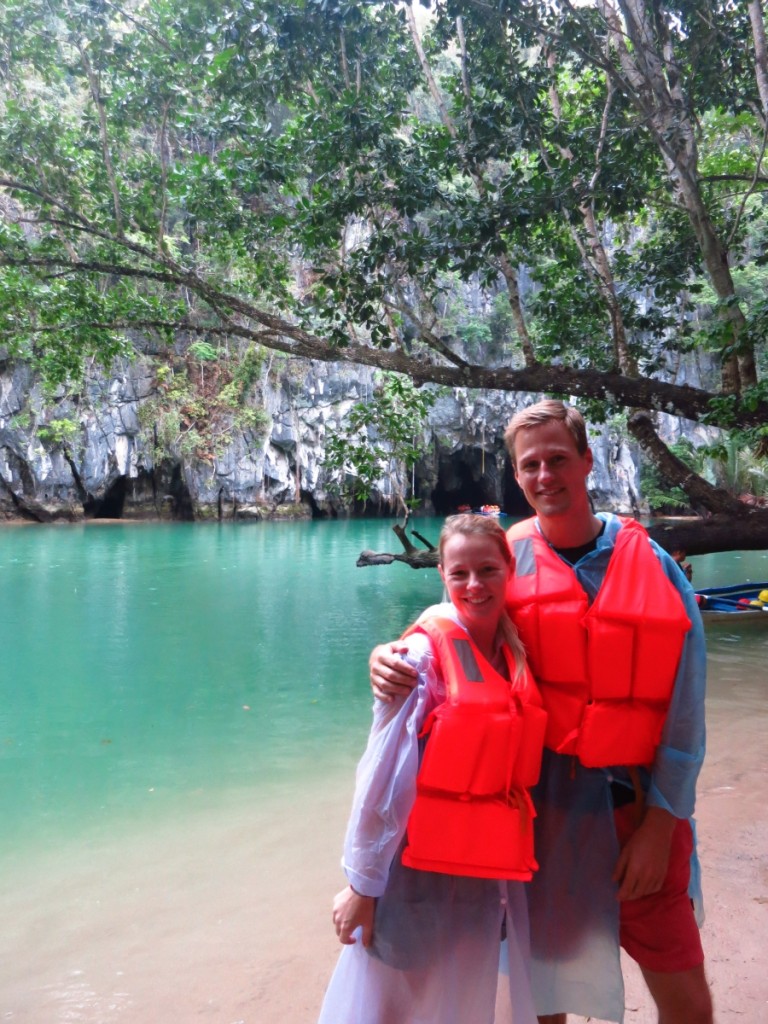 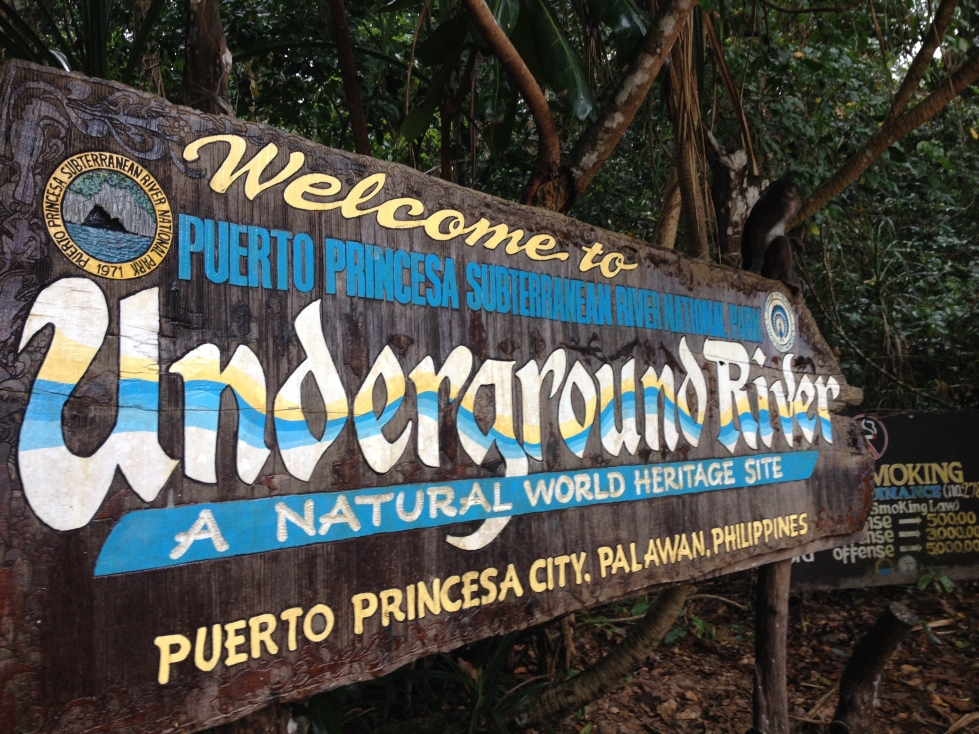 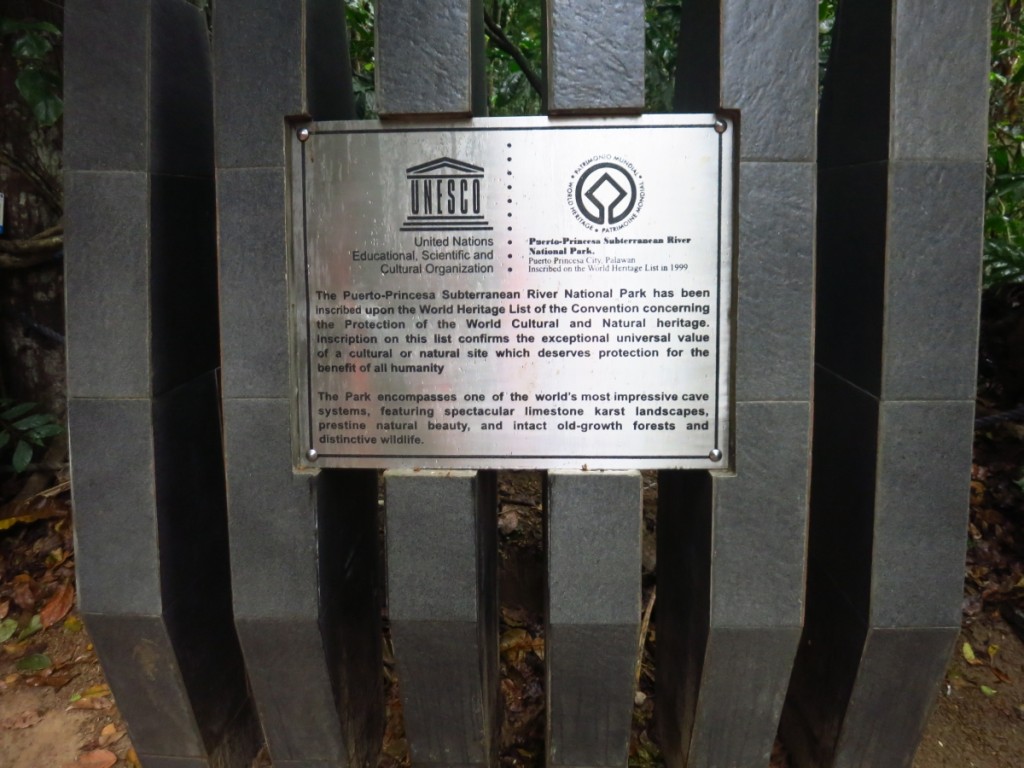 The black dots are bats – not easy to catch it with our shitty camera :/ 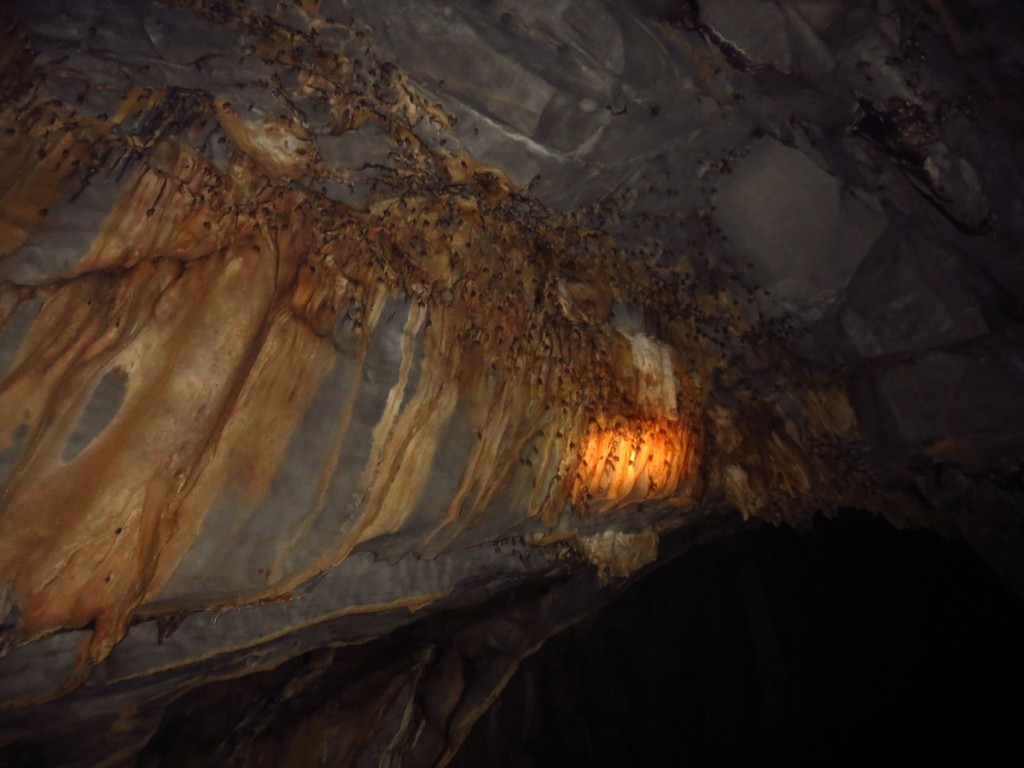 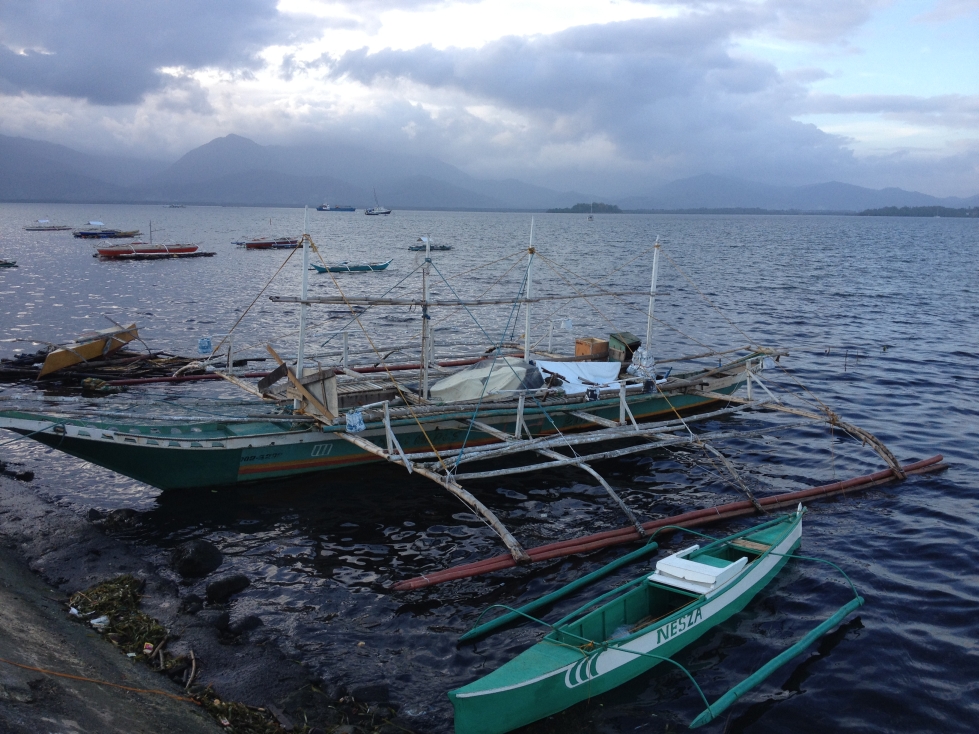 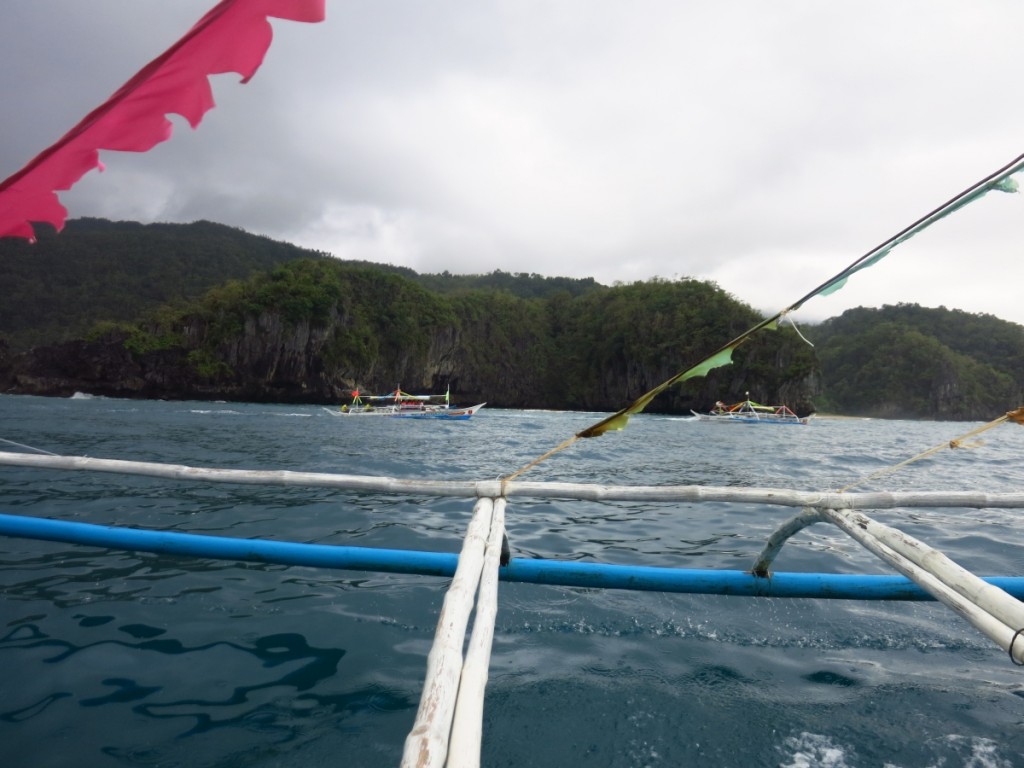 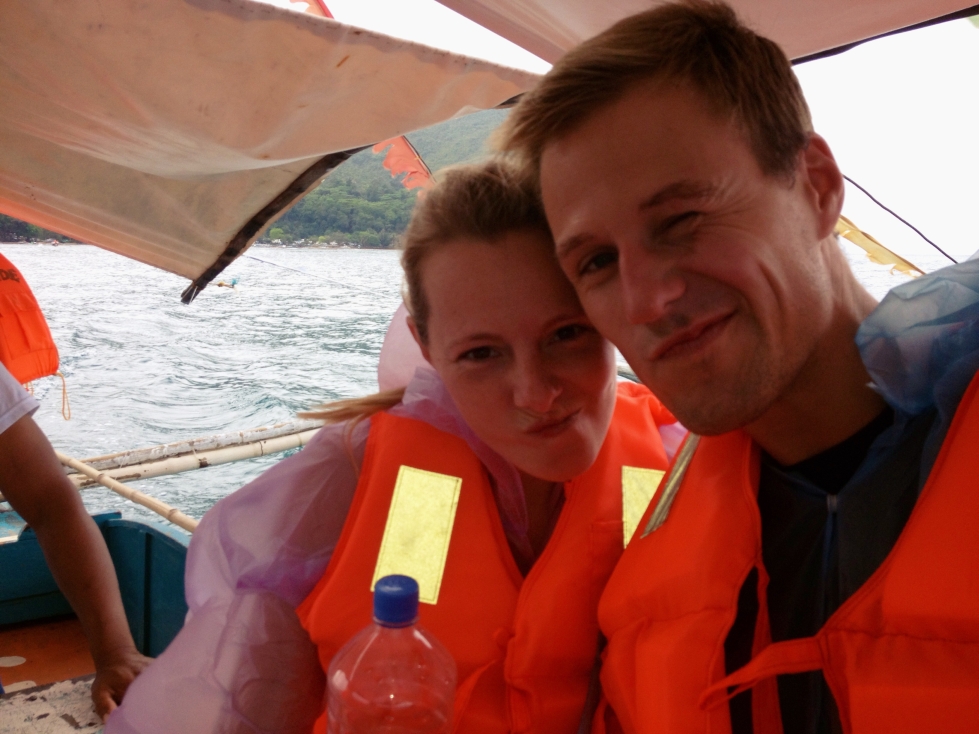 Coconut water is even good against AIDS and Cancer… 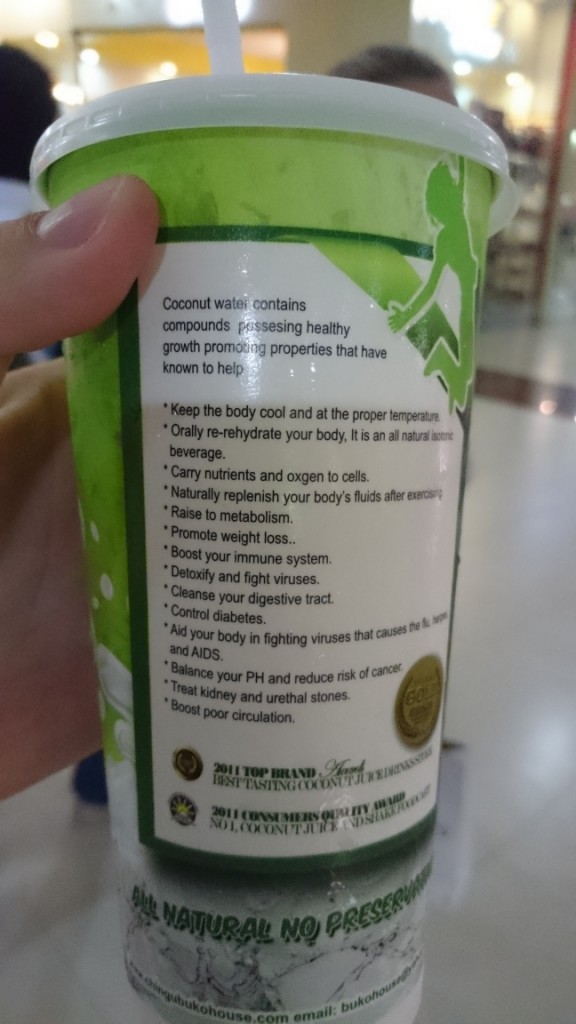 Does he really look like someone who is having a bad birthday? 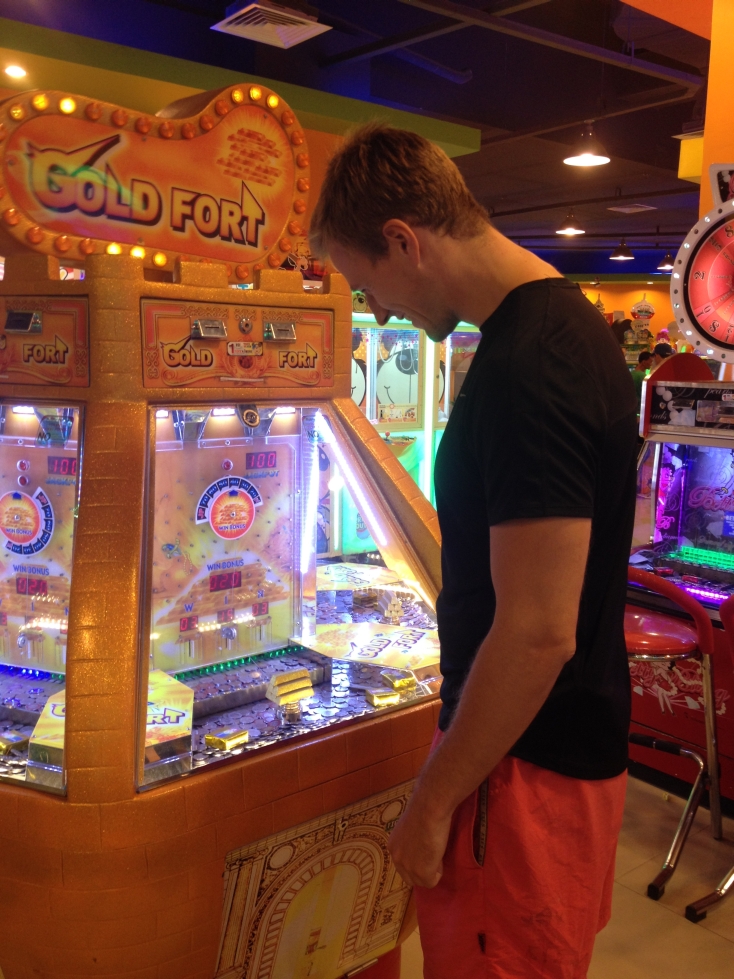 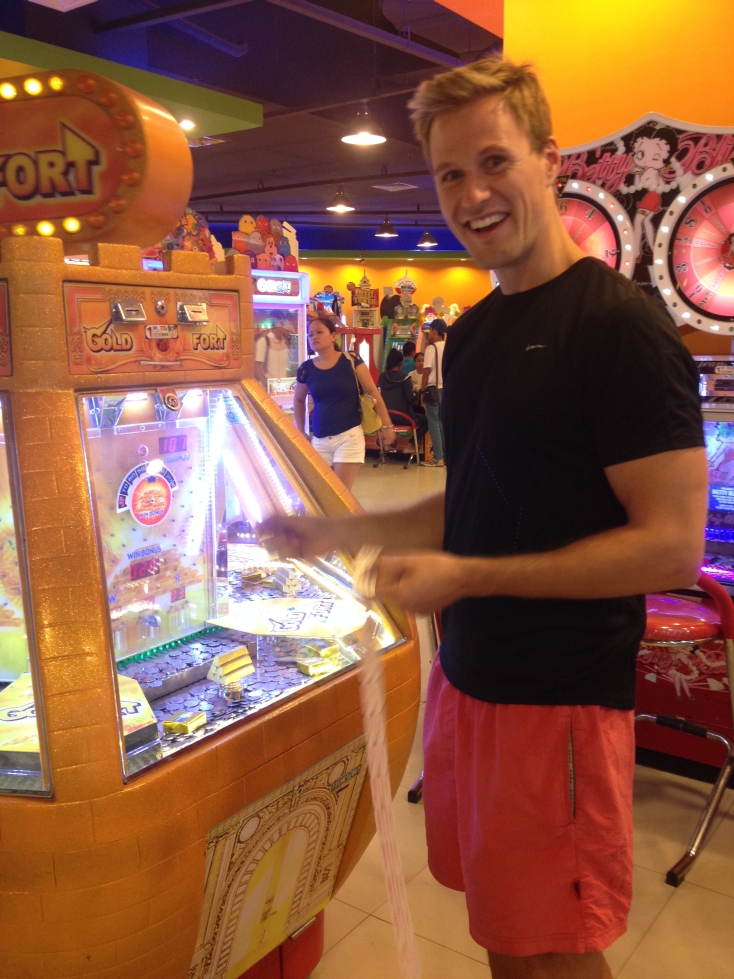 Thats where the taxes go… 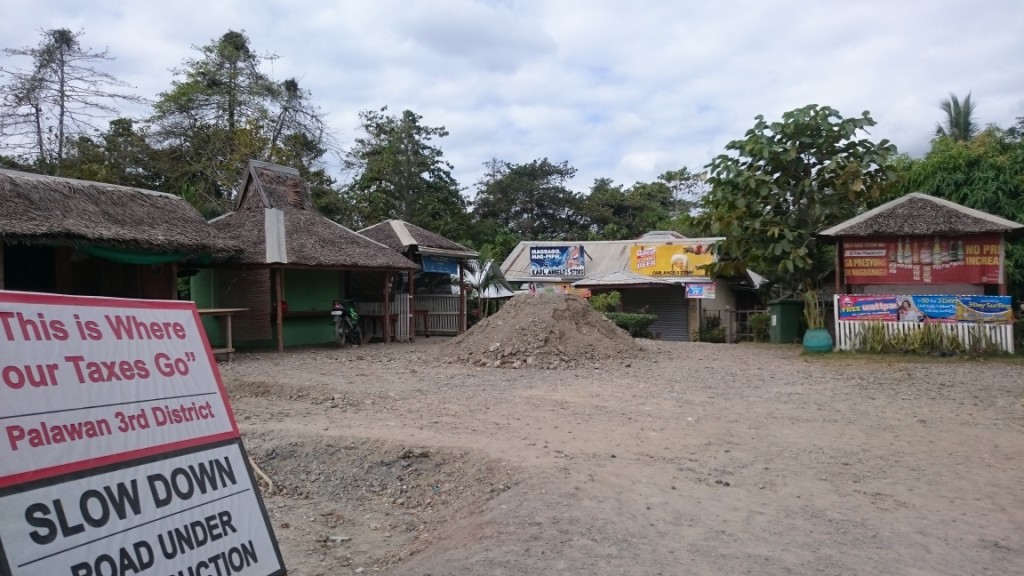 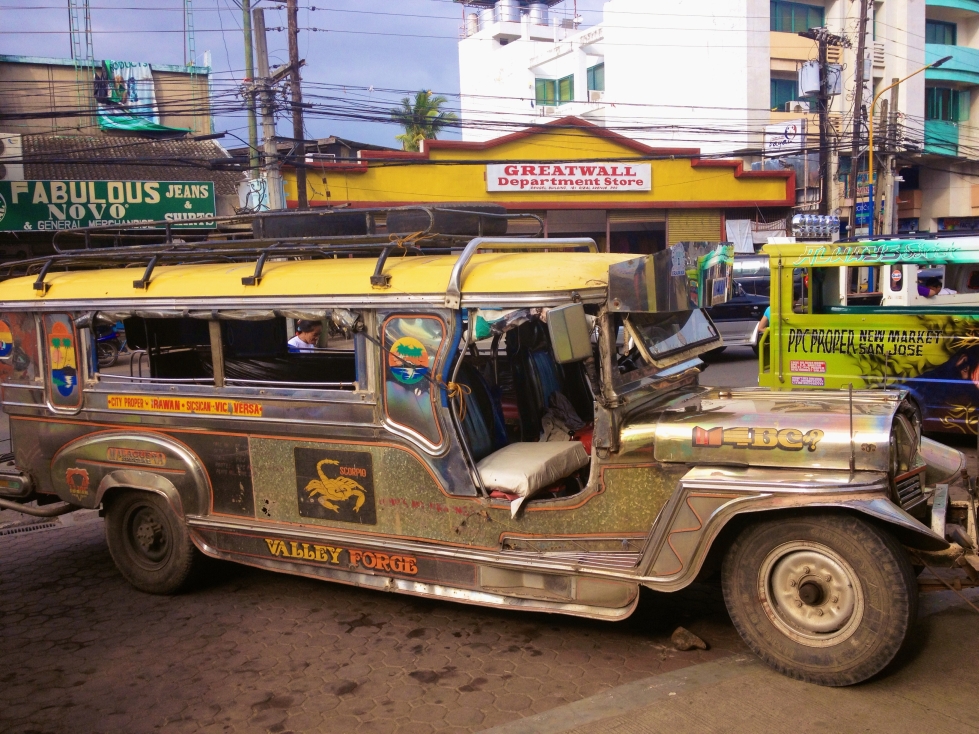 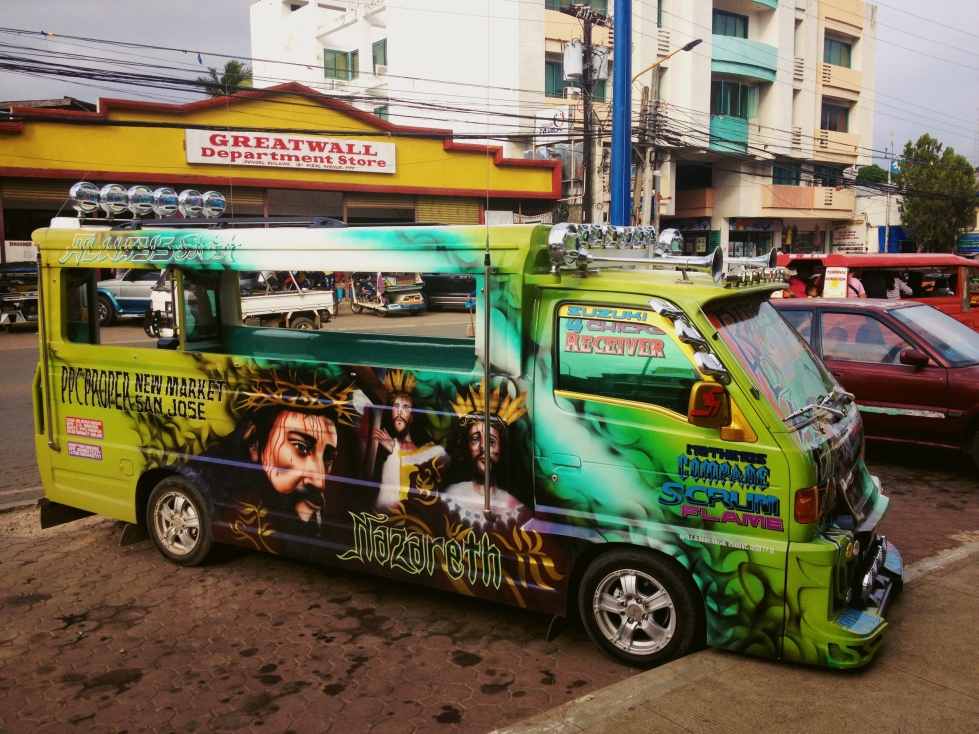 Tricycles are the Philippine answer to the rickshaw. Little roofed sidecars attached to a motorcycle. Sometimes with music and disco lights 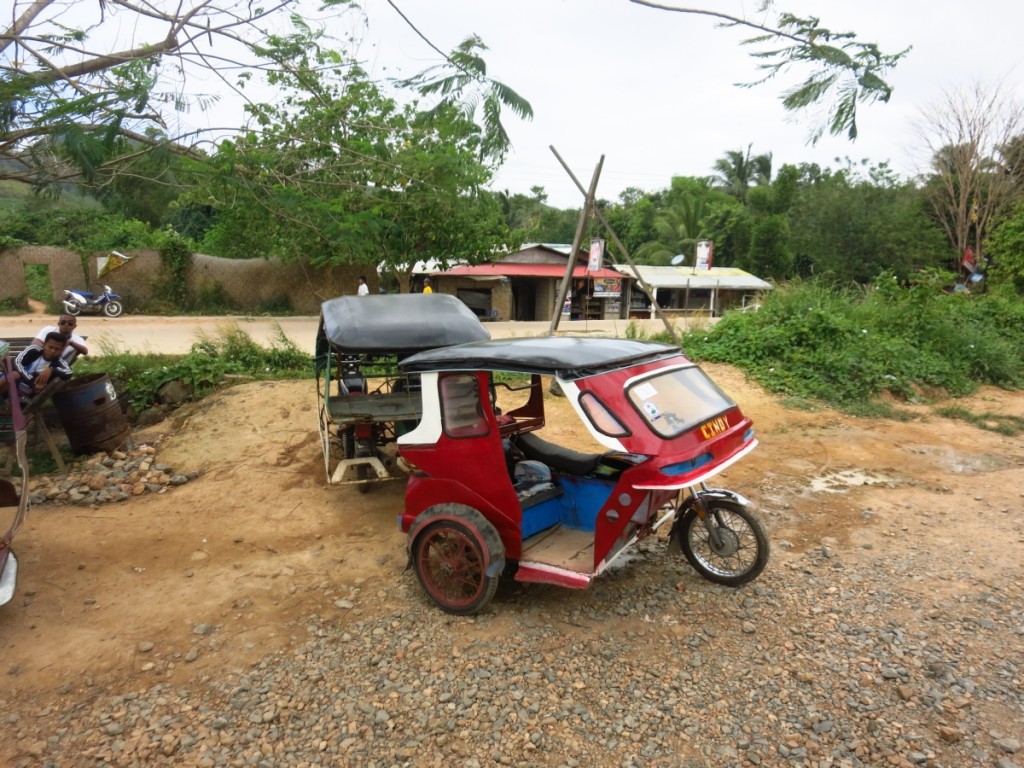