The worlds most dangerous road is the old road between La Paz and Coroico. An average of 26 vehicles every year went down the edge, hence a new road was built in 2007. The old road is now mainly used by cyclists who want to enjoy the 64 km long and 3.600 meter (from 4800 to 1200) descent ride. The first 20 km are on a paved road where you regularly overtake other vehicles. It was a very good warm up for what was to come: the real death road – unsealed, narrow (around 2-3 m wide), cliffs with drops up to 600 m and only a few safety barriers. Eva didn’t feel 100% comfortable because of all the stones and the slipping bike. We speeded down the road but had quite some safety stops. The surrounding landscape was unreal once more. At the starting point mountains were covered in snow and it was freezing cold. Reaching the lowest point of the trip at around 1.200m above sea level rainforest-like vegetation came up including humming birds and mosquitos.

The day was a great adventure! 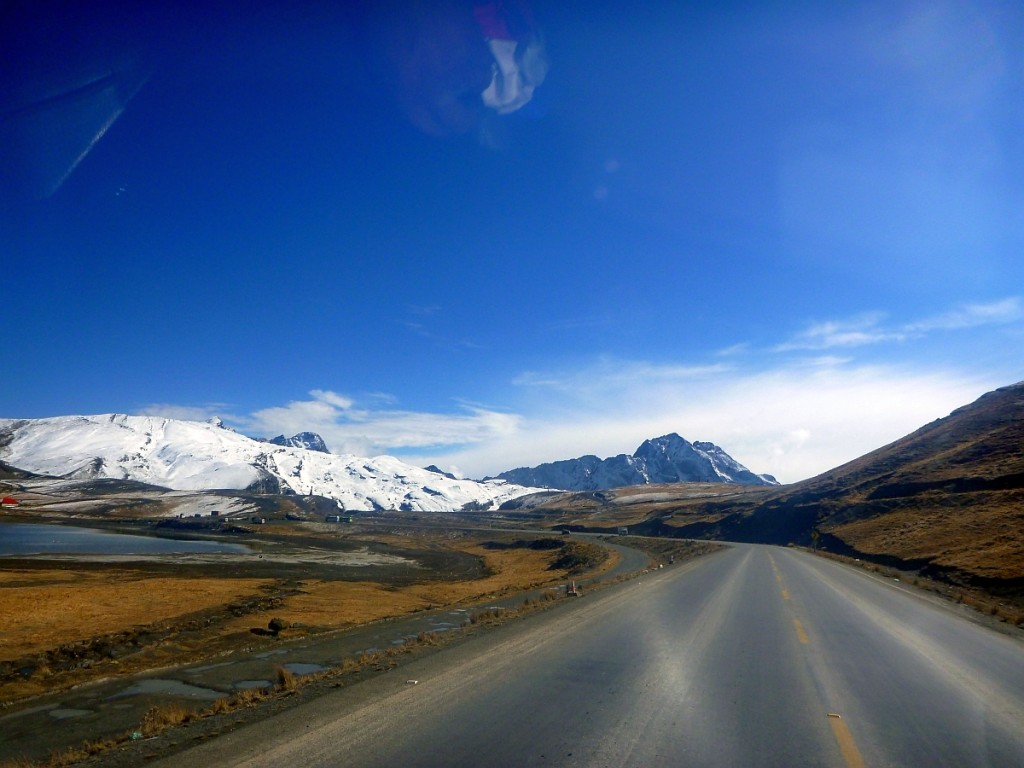 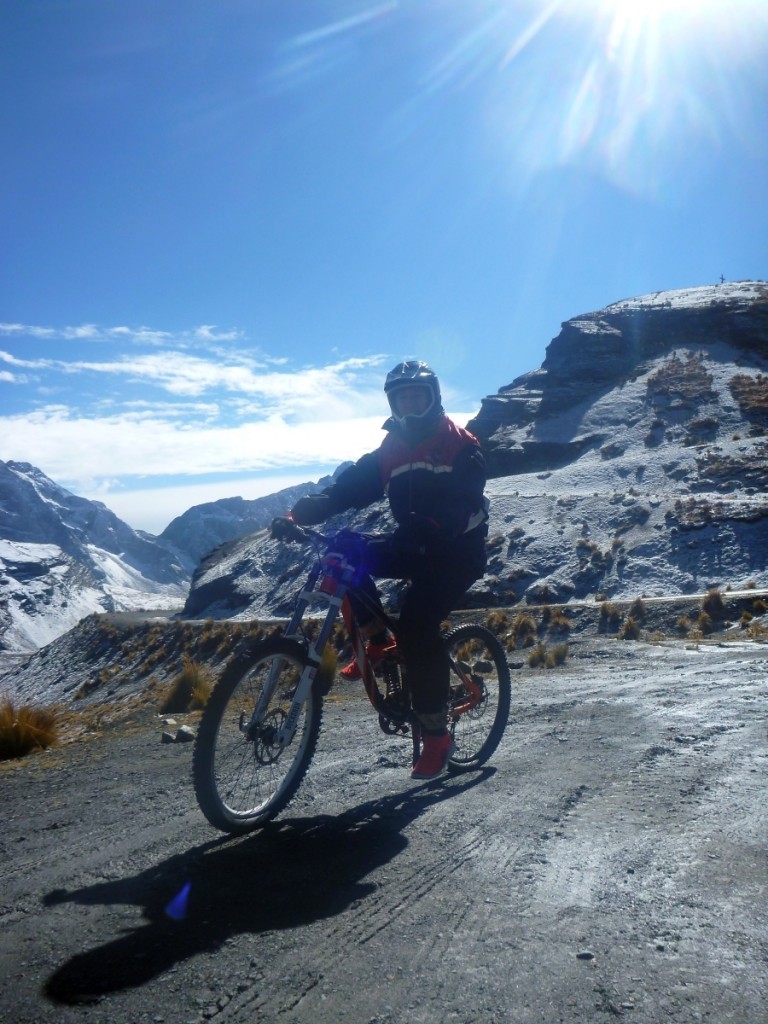 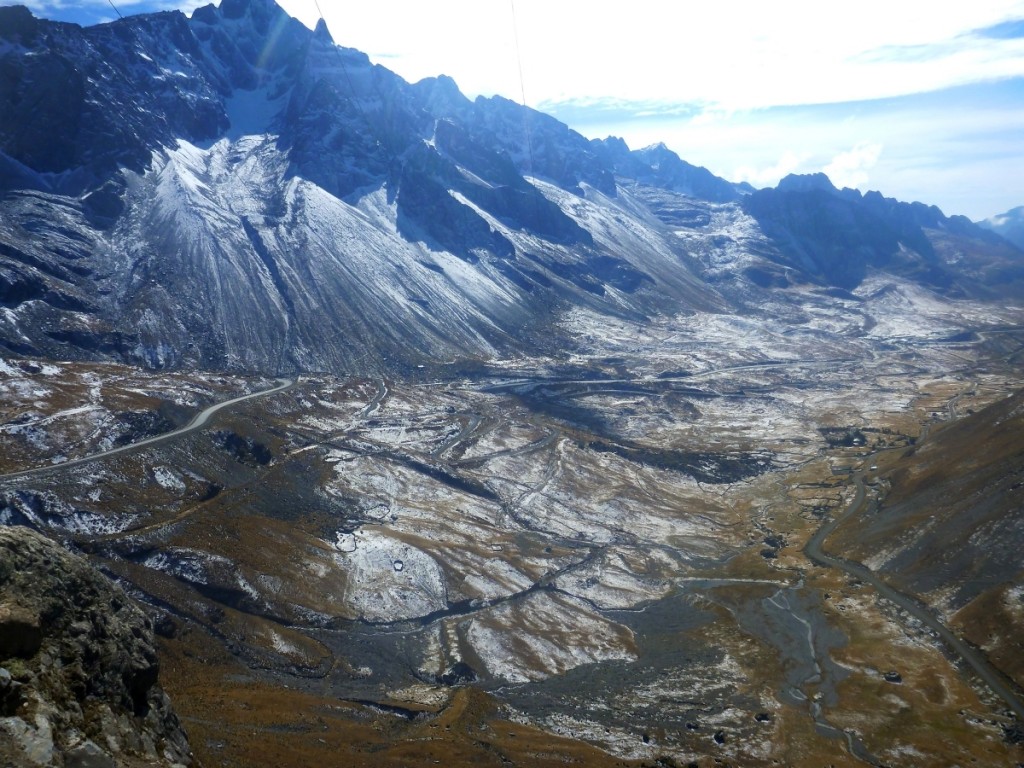 One of the several crashed cars down in the valley 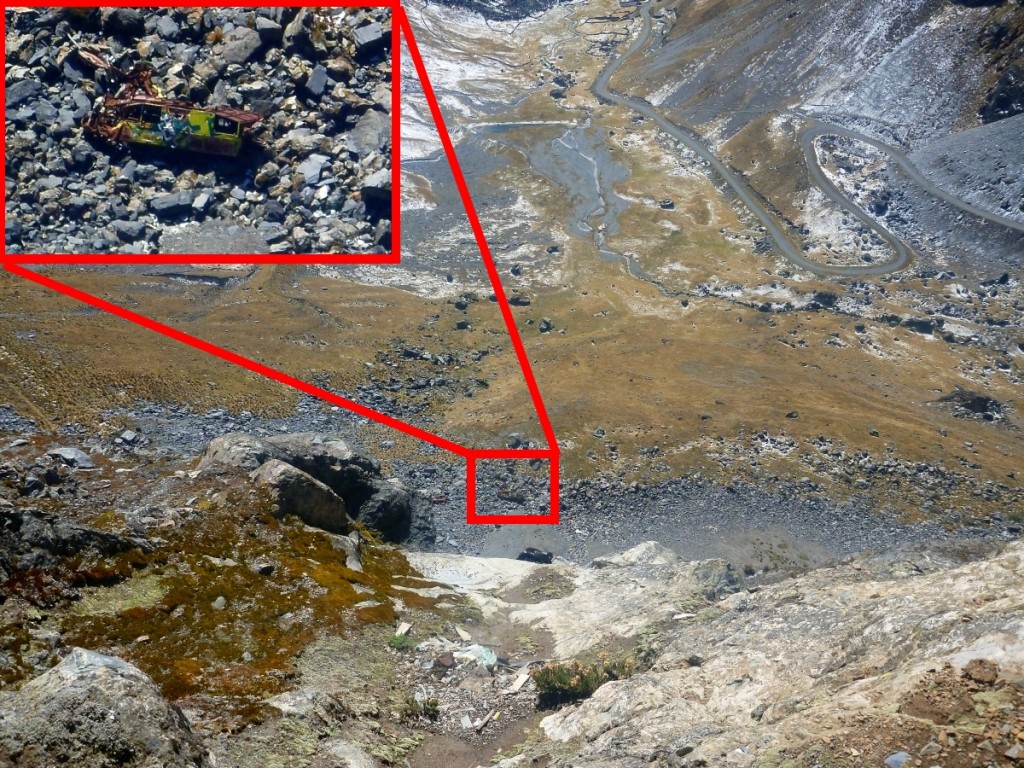 Overtaking on the first part/paved road 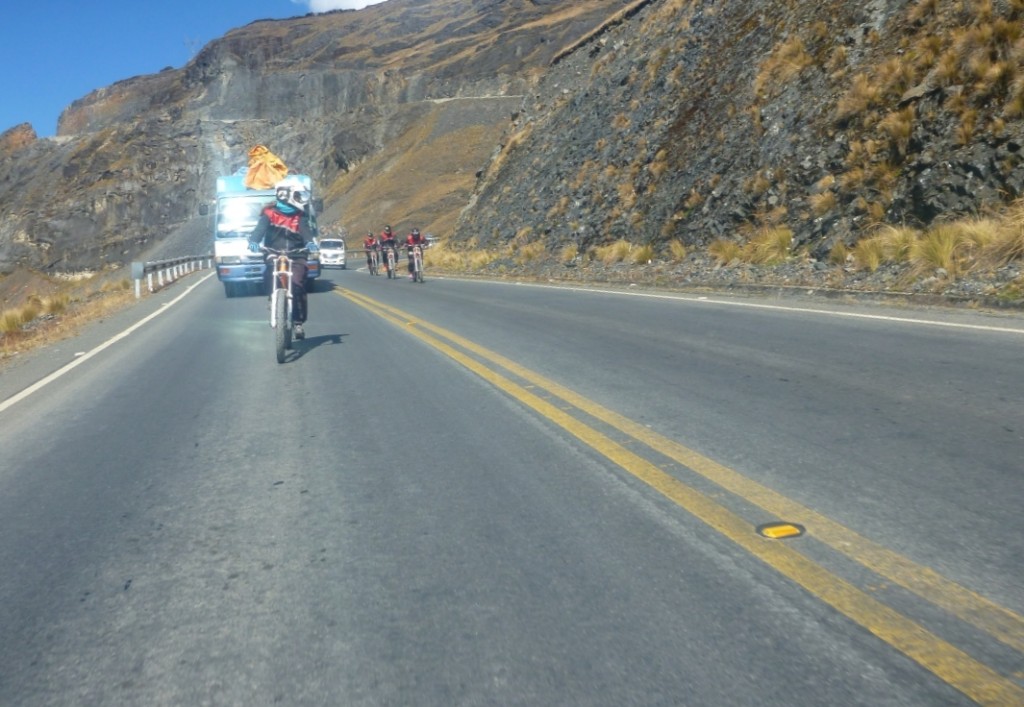 Starting point of the unsealed and narrow part 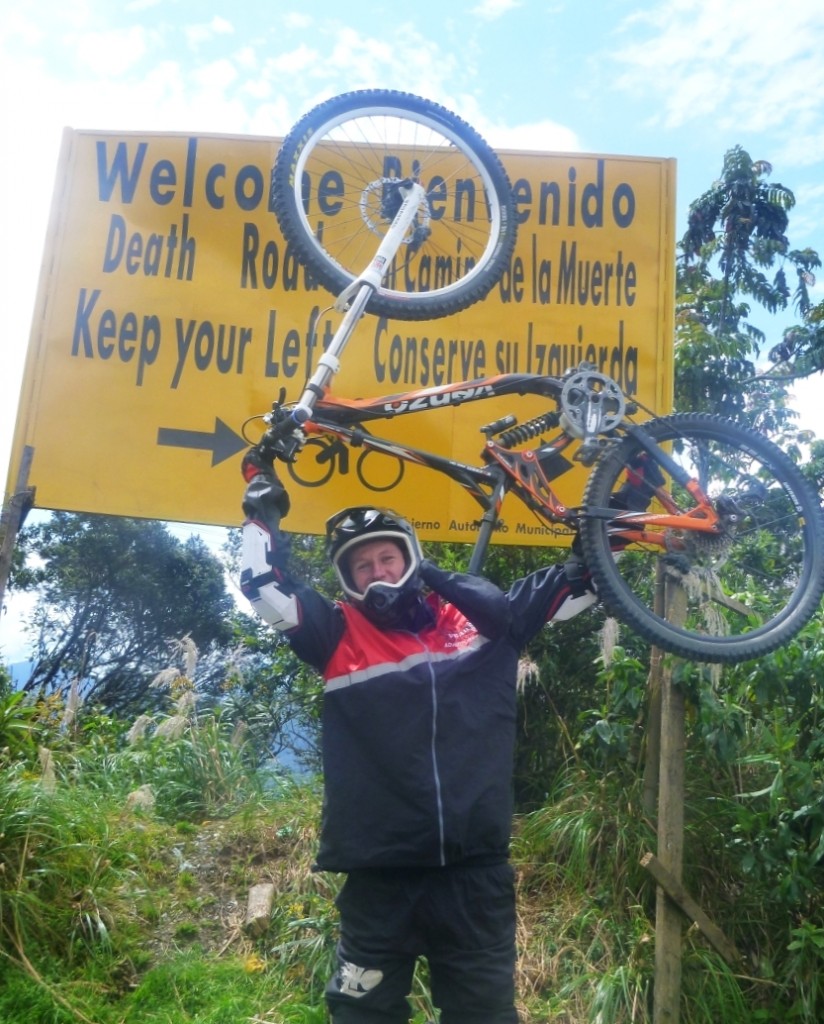 Looking stupid while posing for the camera 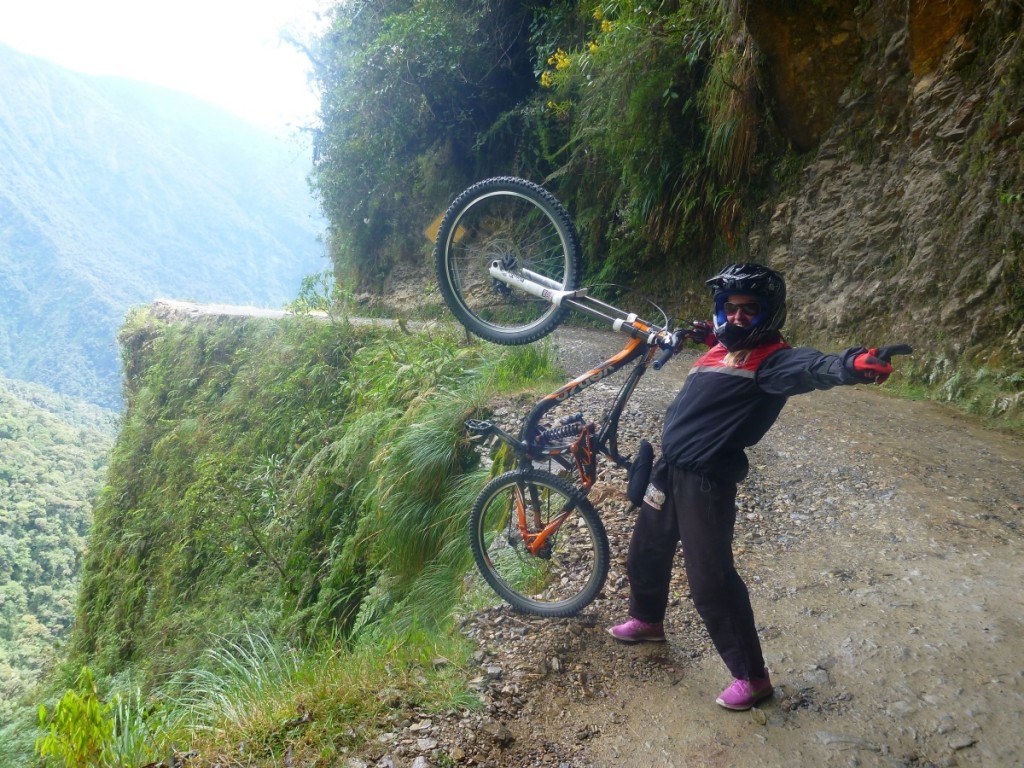 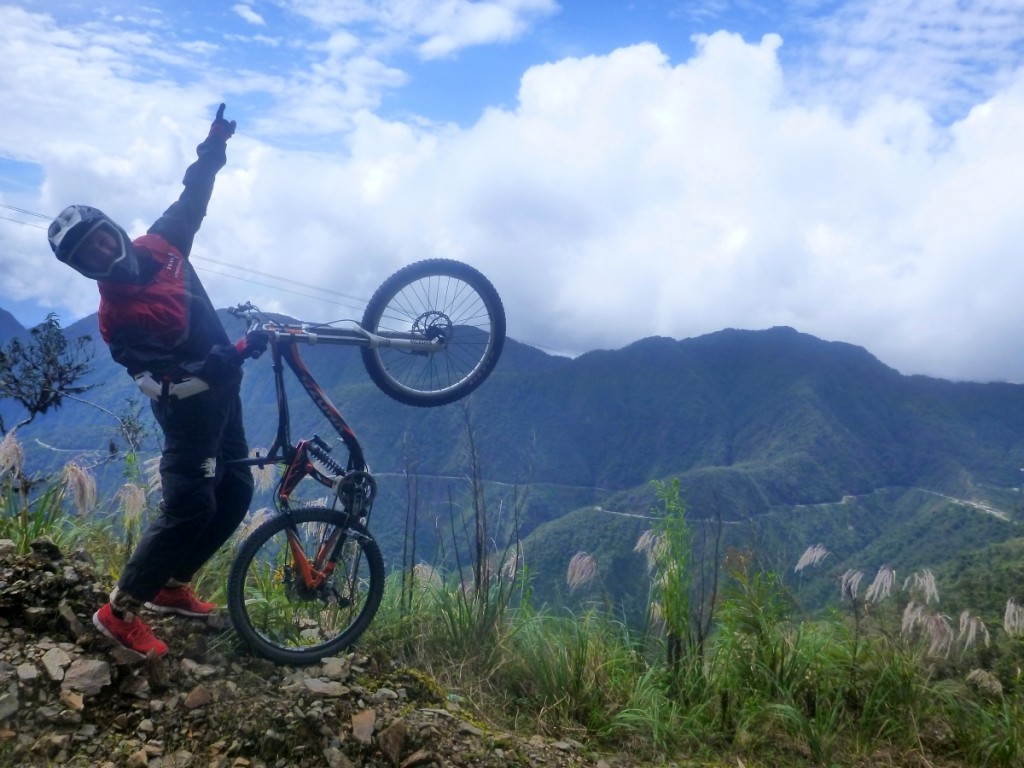 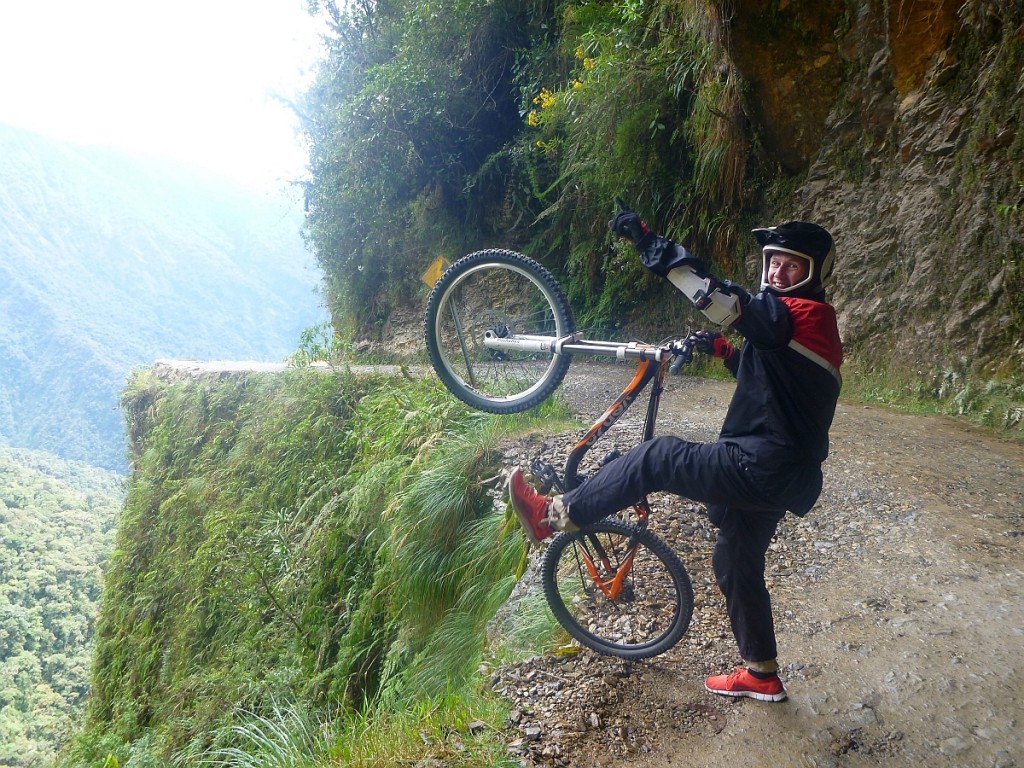 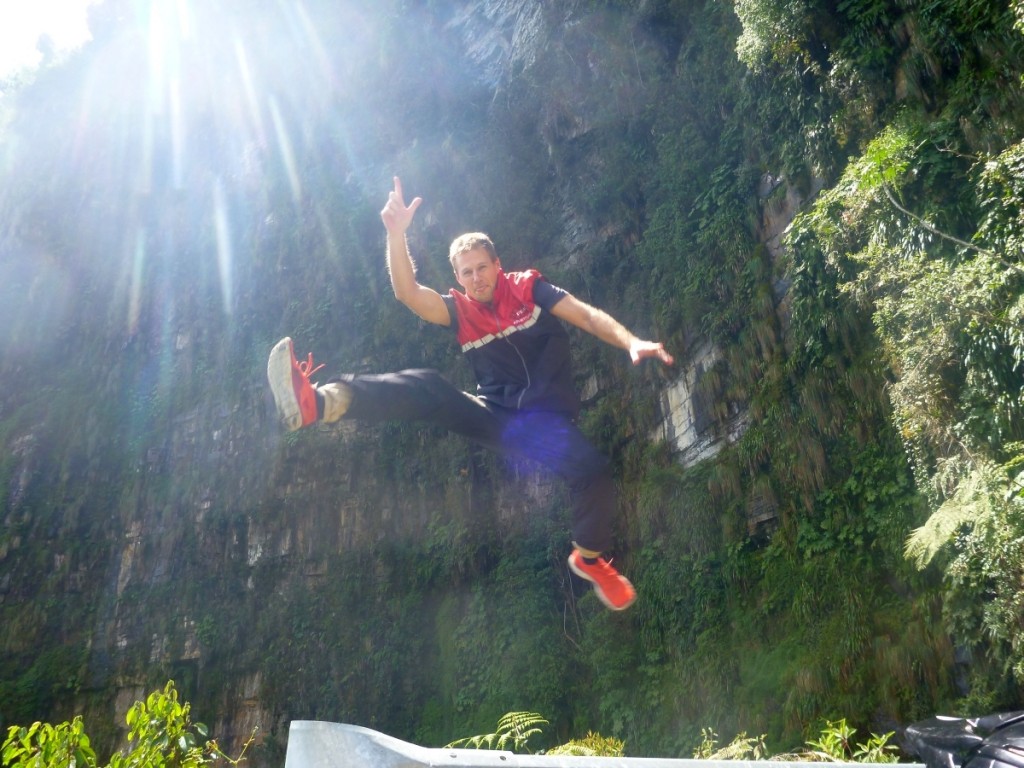 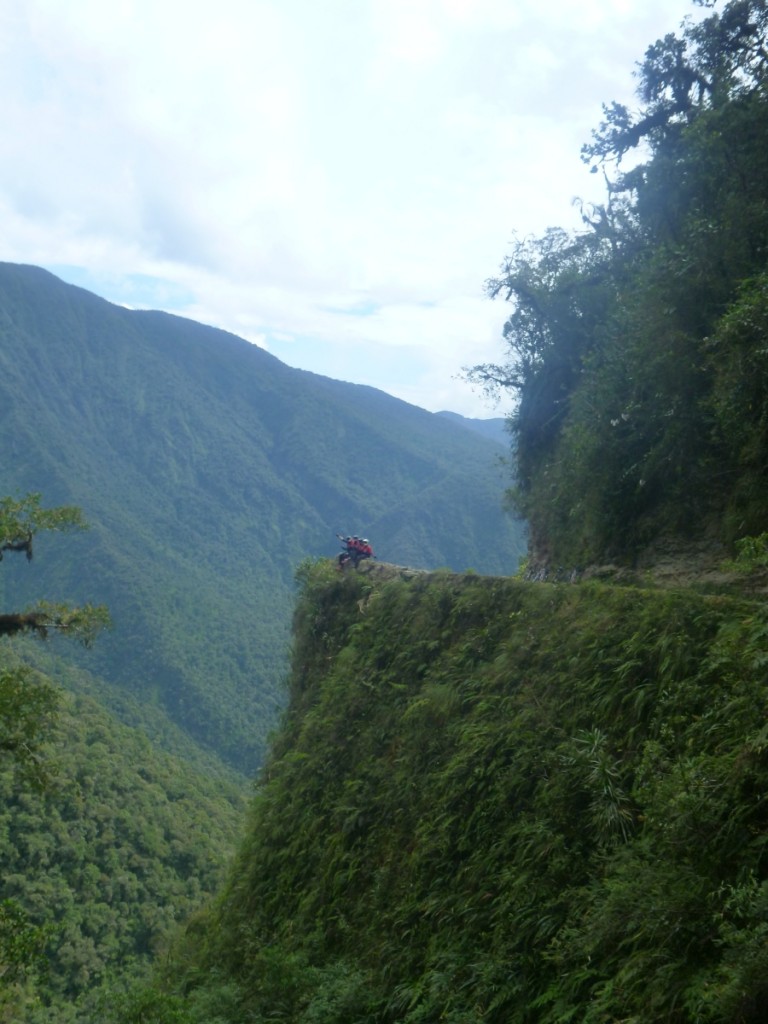 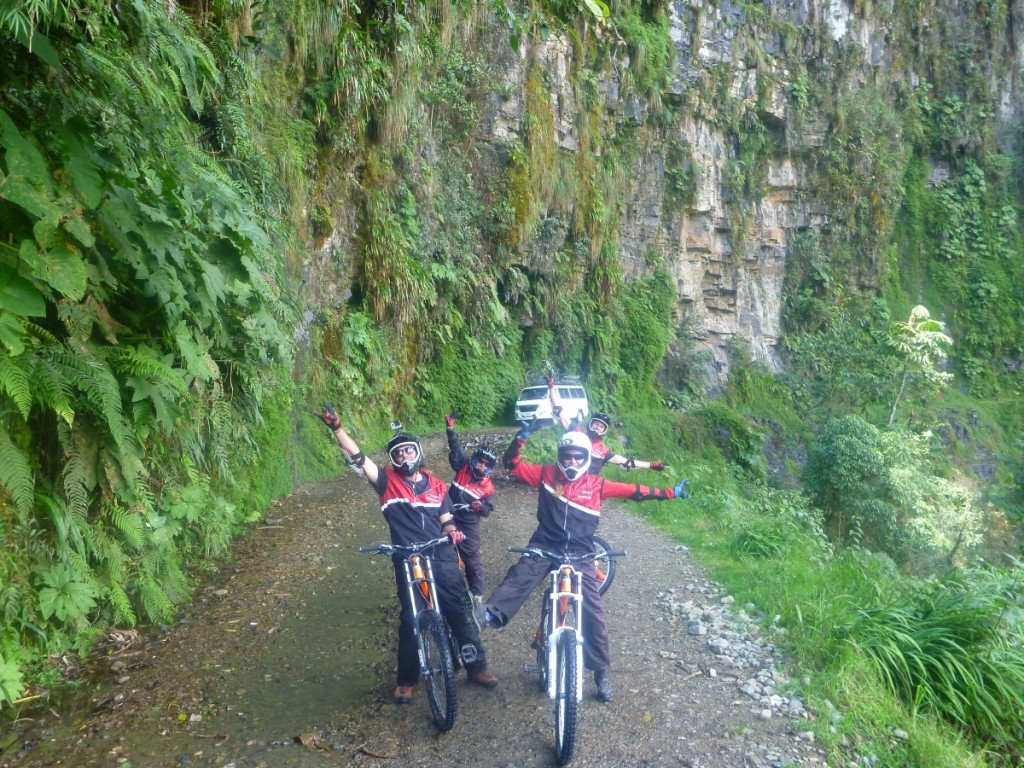 We survived the death road 😉 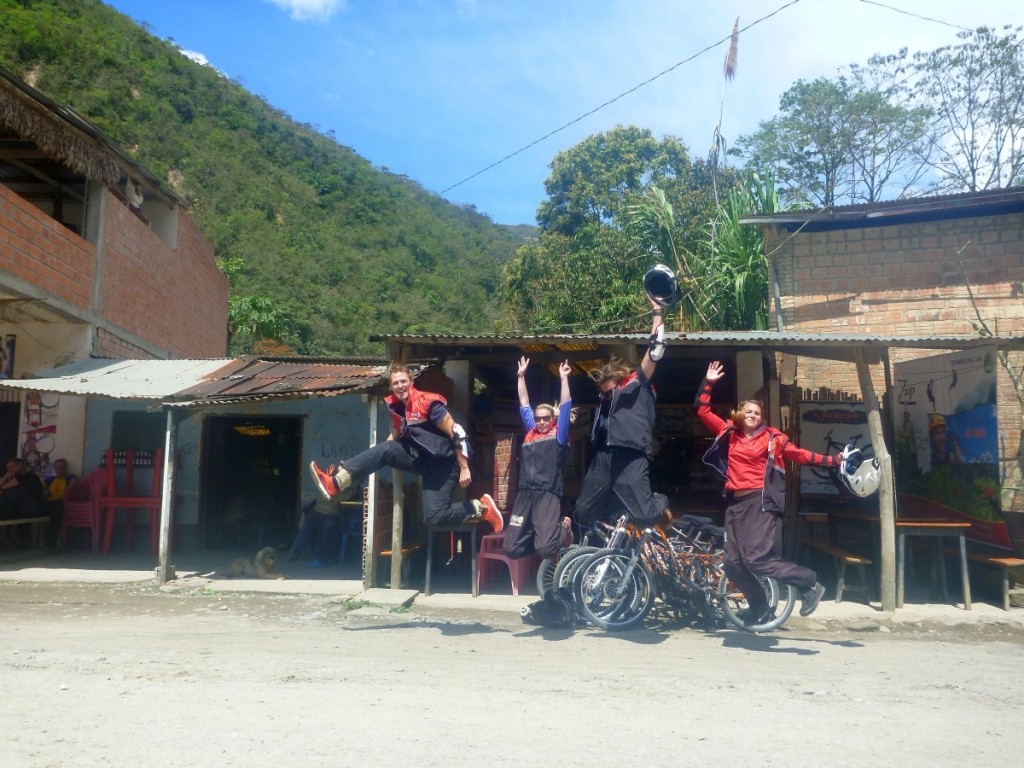 Highest Seat of Government in the World: La Paz

We were shocked (!) while driving from the airport to the city center of La Paz. Everything looked shady and even the area our hostel was located at (it was supposed to be in a good neighborhood) looked not the way we hoped. We didn't plan to spend too much time in the city anyways. But after walking around and finding some nice restaurants, cafés and plazas we liked the city more. Soon a place called "café del mundo" became our second home.

The altitude of the city gladly didn't effect us at all (La Paz is situated between 3200 and 4100 meters, which makes it the worlds highest seat of government). Only the very low humidity dried out our lips and skin as well as made us drink 4-5 liters of water a day easily.

In La Paz we went to a place called “witch market” where llama fetuses and other things used in traditional Andean rituals are sold. The funny thing in Bolivia is that’s its cheaper to rent a taxi for a sightseeing tour than using the Hop-on-Hop-off Bus. Therefore, we took a taxi and went through all the sights (see Pics). On day 2 we went to the Titikaka lake (post will follow). The next day our journey took us to Uyuni (post follows). After coming back from our Uyuni trip we needed a bit more luxury and got a really nice hotel (called Naira) in the best area.

llama fetuses at the witch market 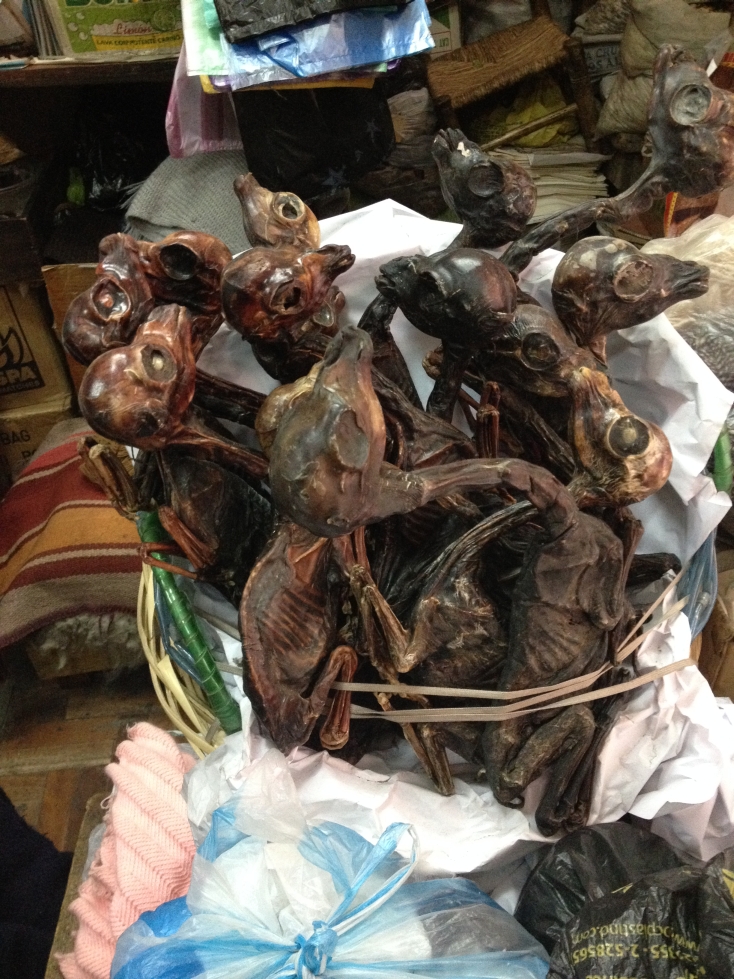 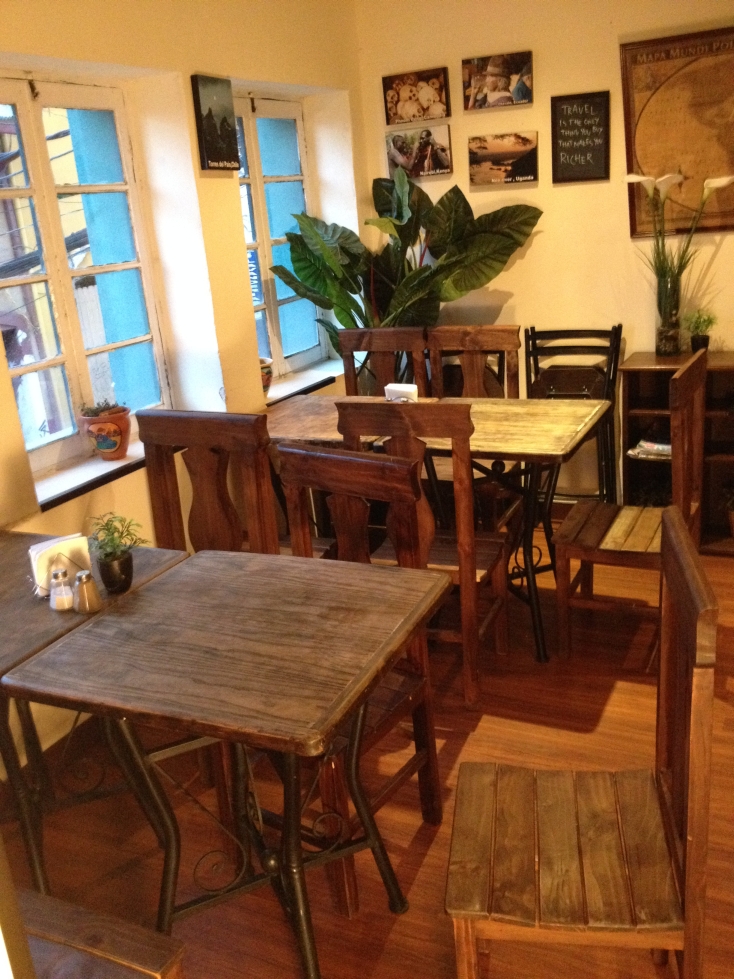 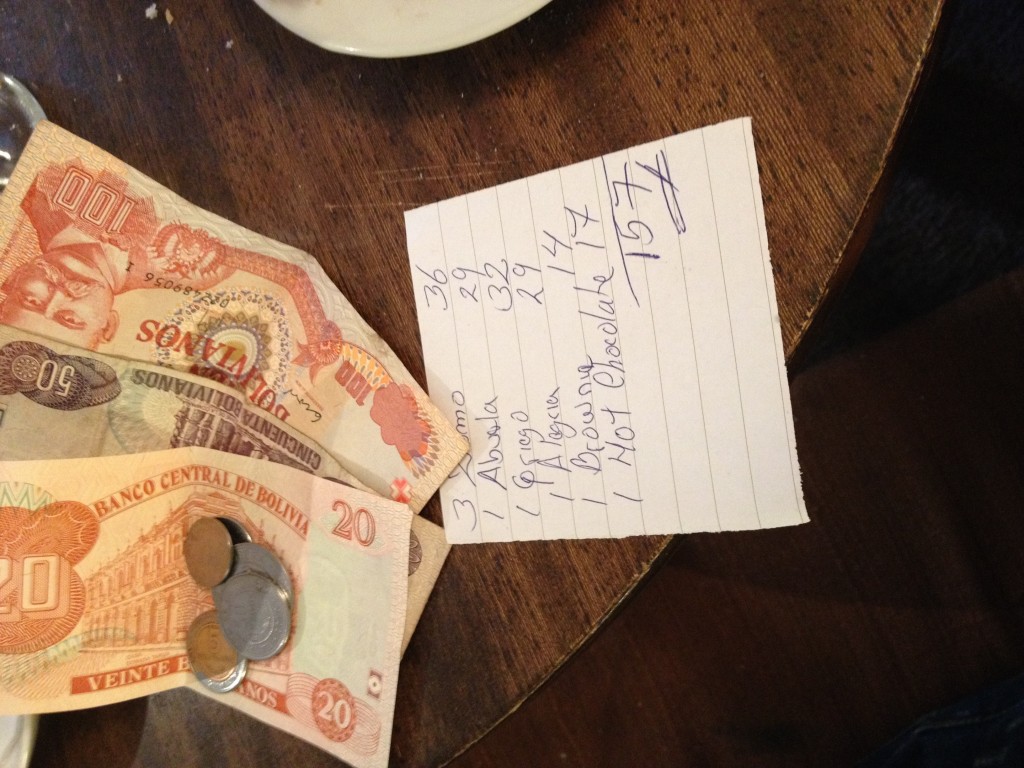 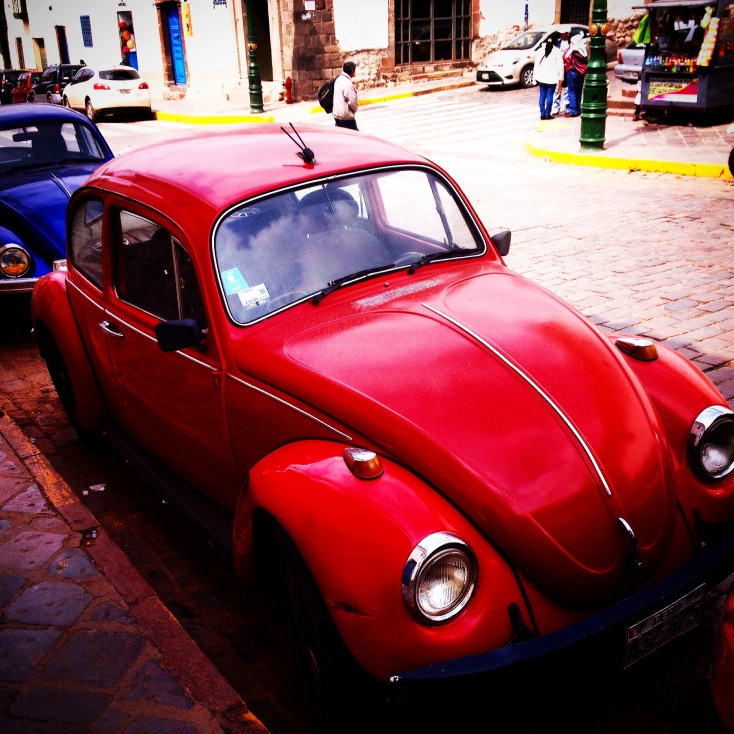 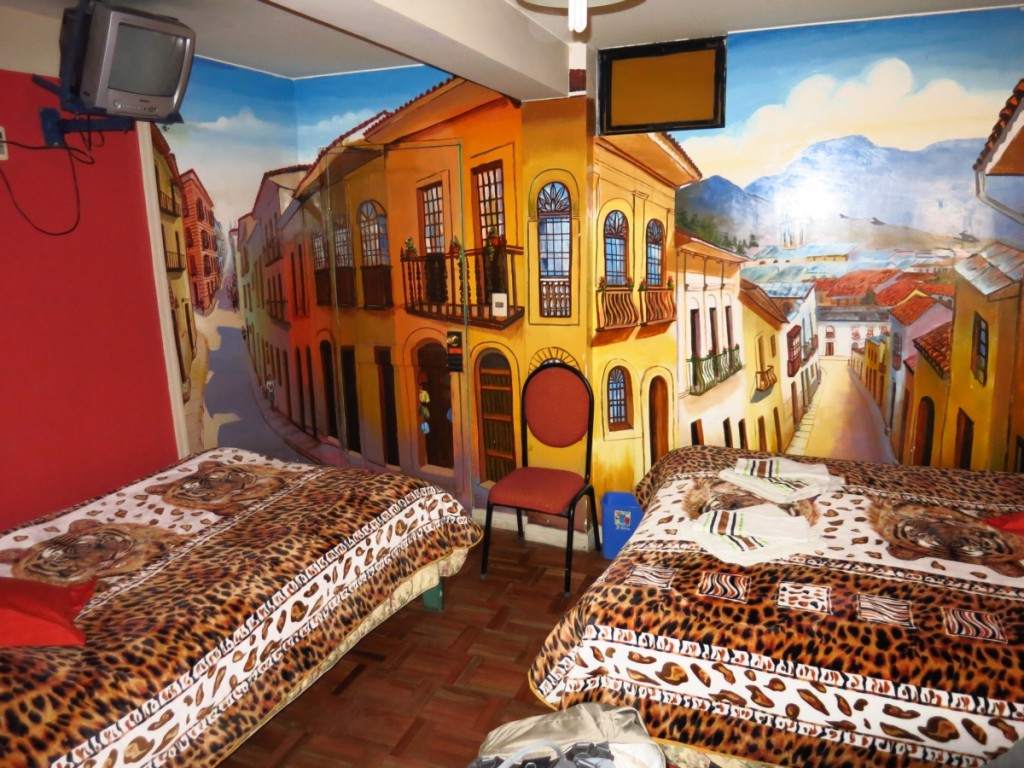 The second hotel was a lot diffrent 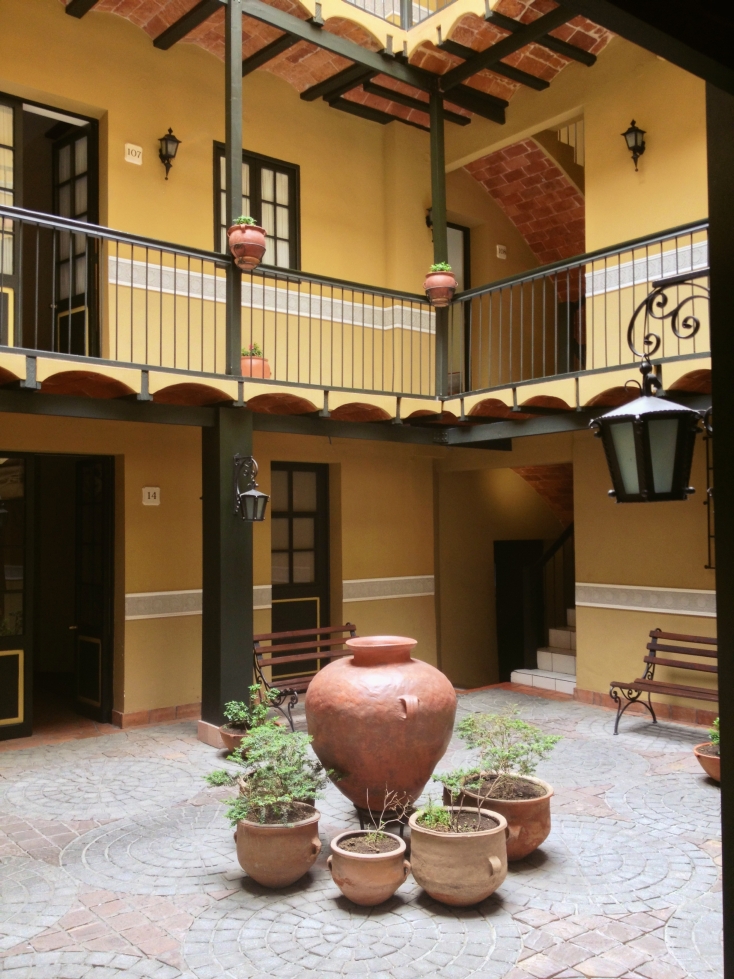 For our electricians: thats how they do it - everywhere! 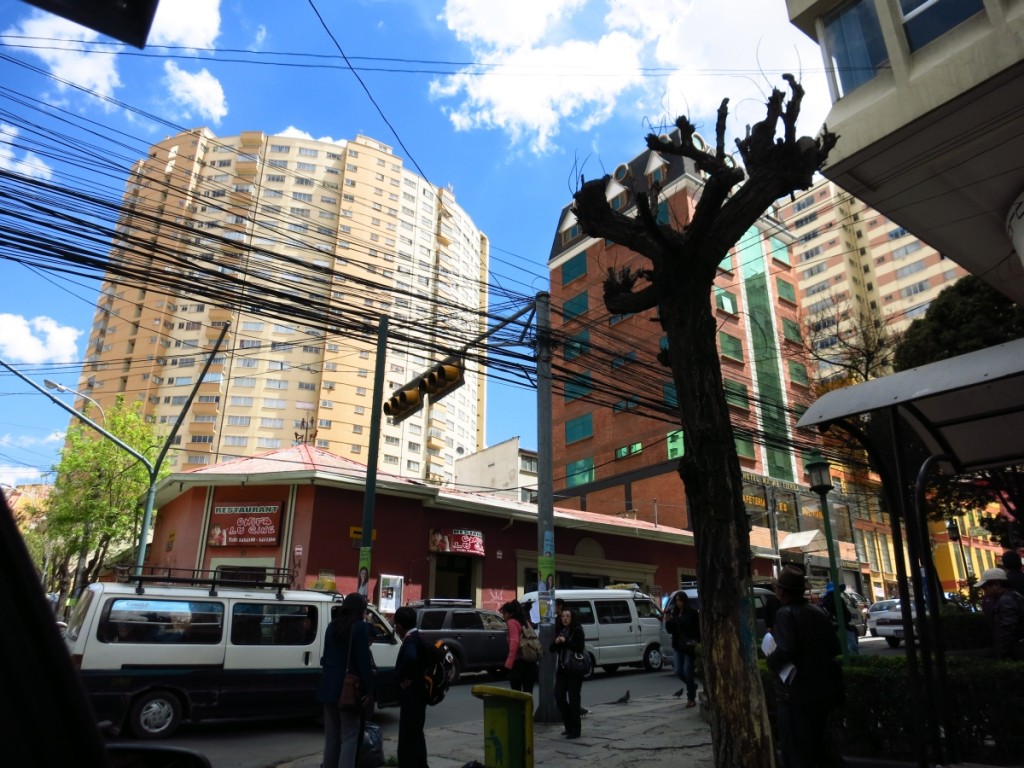 Some impressions of the government district 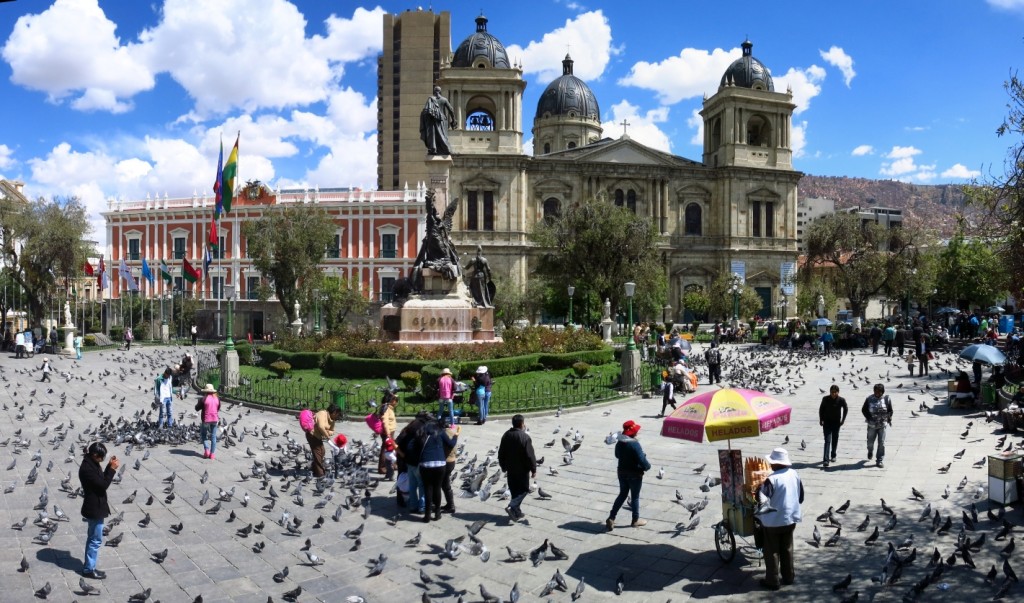 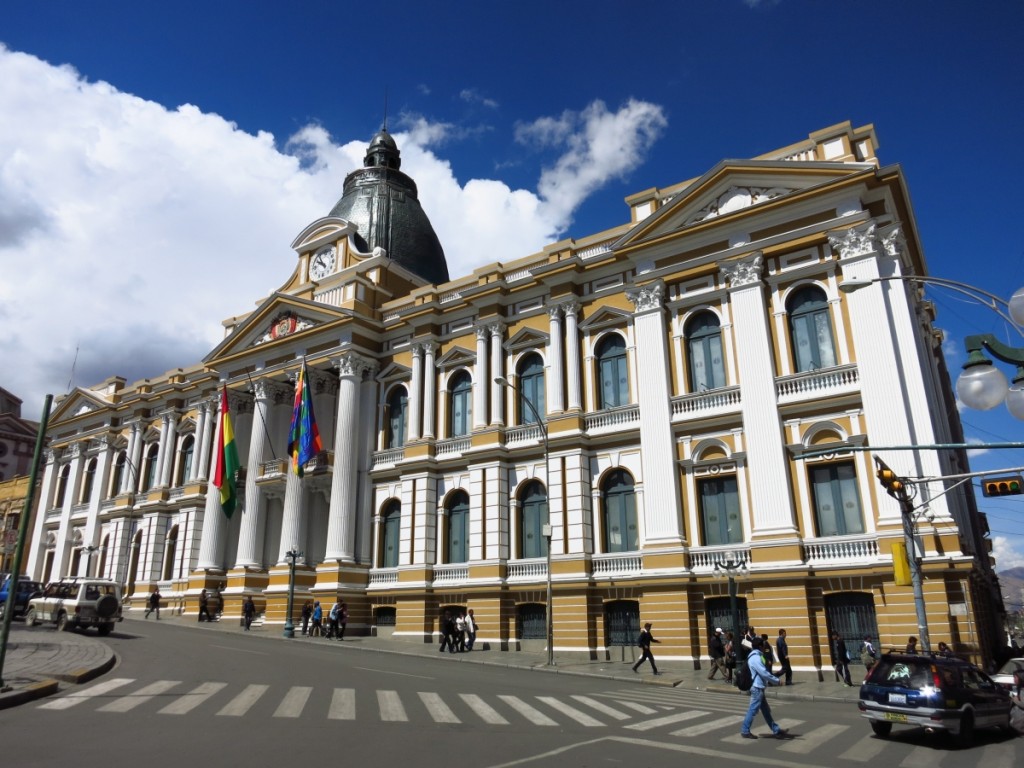 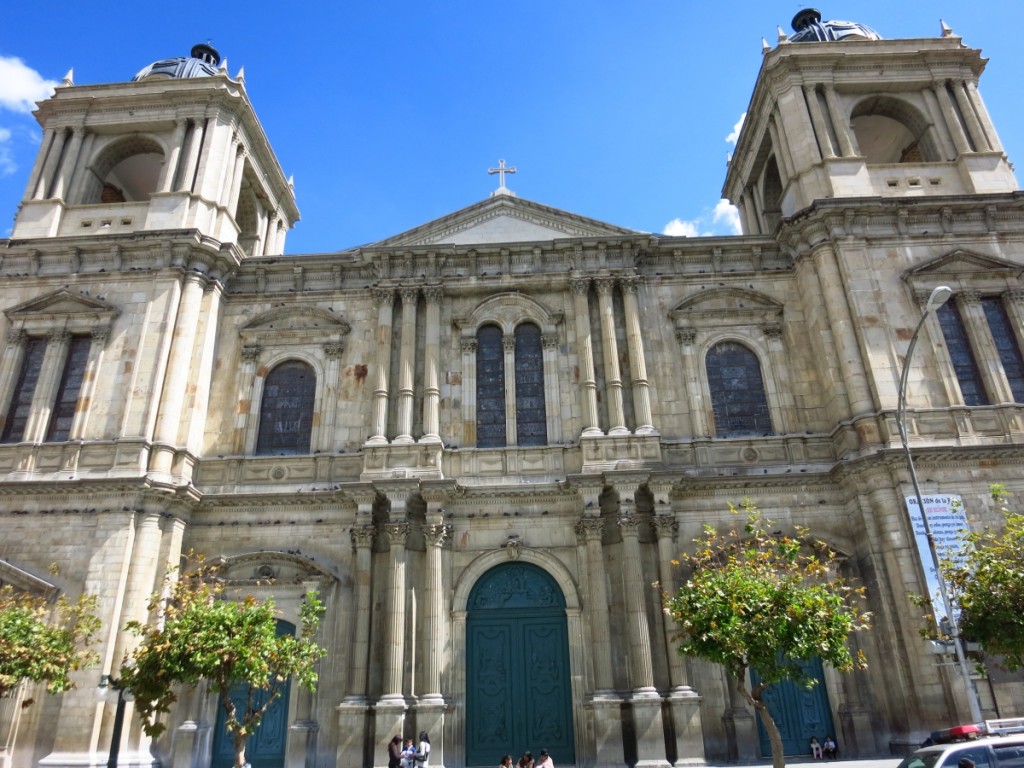 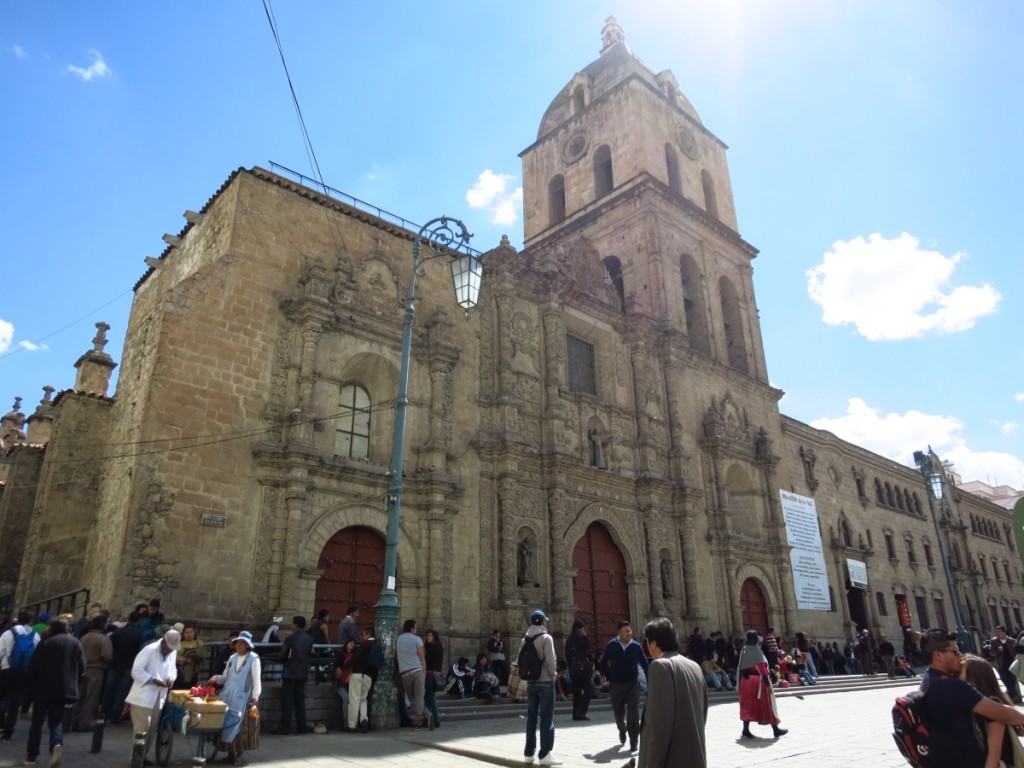