One Australian, one Indian, one American, two Germans and us - our planned NYE celebrations group. As it turned out you can add two more Indians and a loooot of Vietnamese 😉

Rob, Eva and I were supposed to leave Langkawi at 11 a.m. and arrive in Ho-Chi-Minh-City at around 3.30 p.m. local time. It was not before 9:00 p.m. we finally were able to meet with Maggis and Farina who were waiting for us at the airport by that time... At least we were able to enjoy one more pizza at our favorite place at KLIA2 (stop-over) because of the delay.

Our room / suite / apartment was nicer than expected: two bedrooms, spacious living room (huge dining table and a chill-out area), two fully equipped bathrooms and a kitchen. It immediately felt like the apartment in the TV show "friends".

The moment we touched ground in Vietnam something wierd happend to Rob: he got active, he started planning, he searched for information in the net. As it turned out he badly wanted to visit the Chu-Chi tunnels. Thanks to Rob we went there right away the next day. It was quite an experience. We are not taking any sides, we are no historians but living in those tunnels must have been hell. They are so small I couldn't fit in there. We had the chance to squeeze in one of those holes !oppressive! Also we "walked" down a tunnel, as I read later on it was prepared for tourists - however I nearly got stuck.

The same day Raghav and Rakshita arrived. Following the "Friends" mentality we took it easy that evening and chilled in our apartment. The following day the girls prepared for NYE, meaning they went shopping. Raghav and me met with two friends of Raghav and went to the national war museum. A propaganda palace - but well there are always two sides of a coin. Mainly military equipment (parts of shot down B-52 bombers and there like) as well as pictures of wounded and crippled Vietnamese are shown. The whole thing is rather depressing and left a lot of open questions as the history itself is nearly left out completely. While Raghav did some more sightseeing with his friends I went home to get myself ready for the big night. First thing I saw was a miserable Rob and a sleeping Meggis (who was supposed to take care of the evening planning).

Exhausted from the major shopping trip the girls came back. The evening planning was made (not by Meggis) and we headed out for dinner. Because of Robs misarble condition the team decided to celebrate the countdown at our roof-top with a great view over the city. As soon as the new year started we went for some serious partying in the gossip-club. On the way we got to learn how a real traffic jam looks like. Round about 500 meters away from the club it was impossible to go any further by car – but also walking was quite and exercise: climbing over dozens of motorbikes and squeezing trough non existing gaps. Everyone was in a good mood therefore the whole thing was great fun and the locals were pretty impressed by the way foreigners make their way! Finally arriving at the Club a bouncer lead us to a private table and a great night with a lot of fun started – no more details given 😉

The next day we followed the "Friends" mentality again and chillaxed in our apartment, only leaving it to get some food.

On our way to the New Years Eve Party 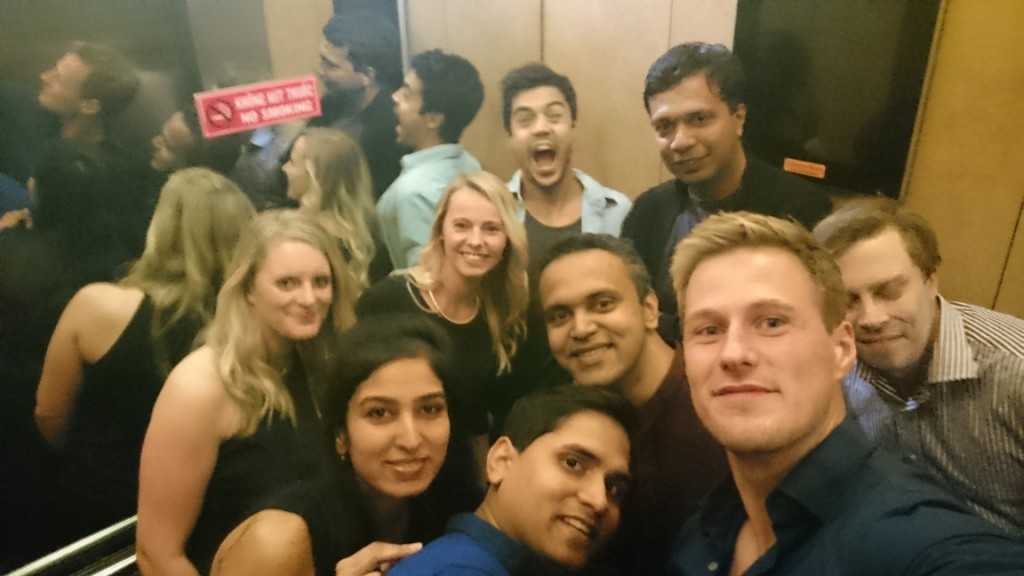 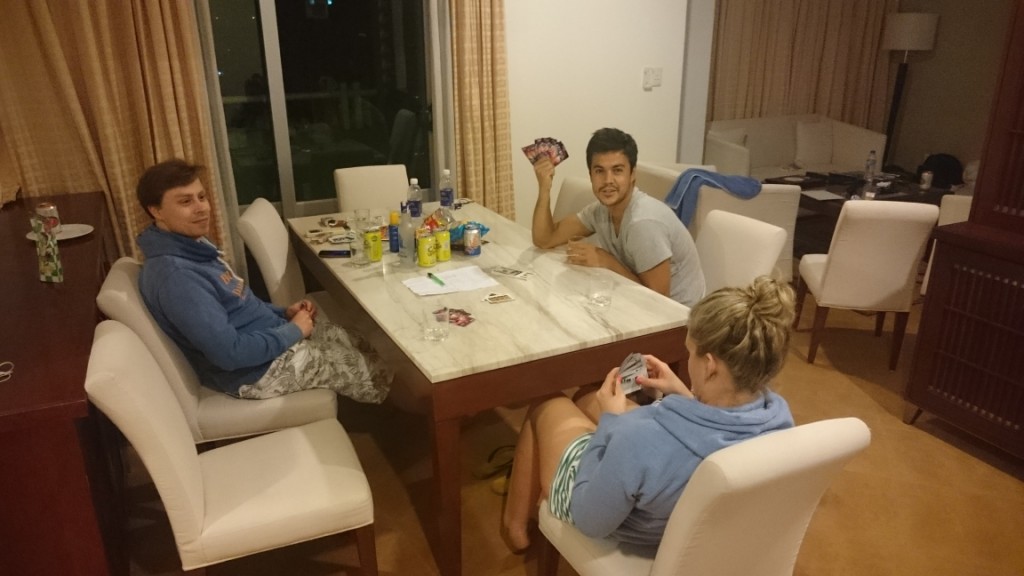 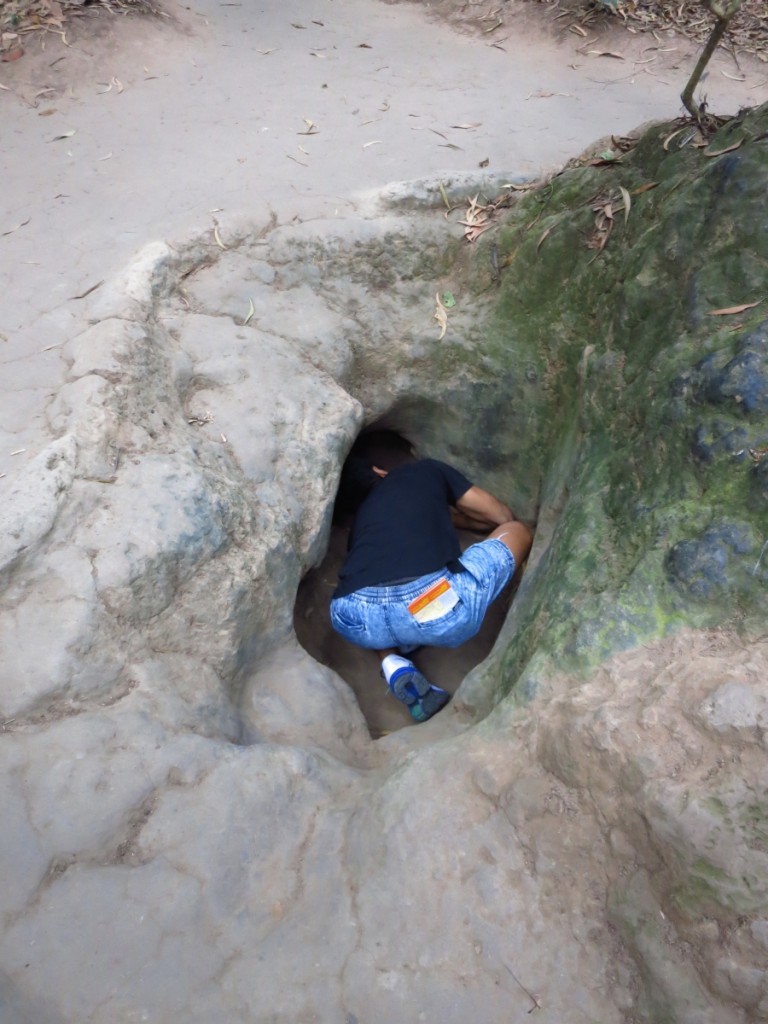 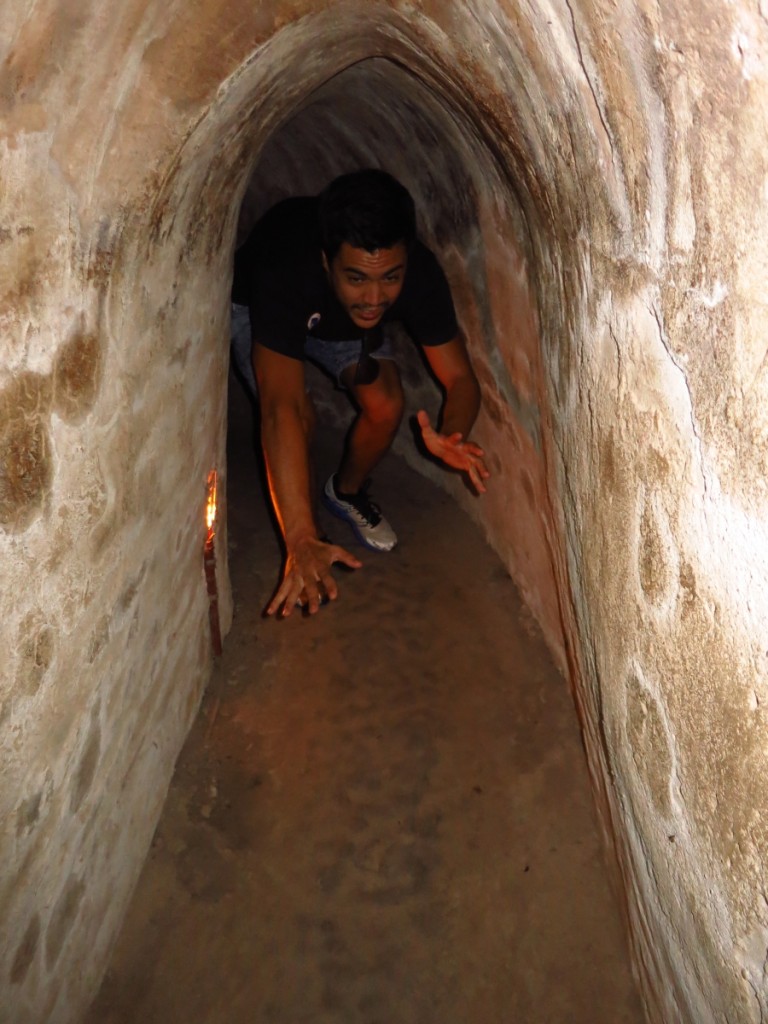 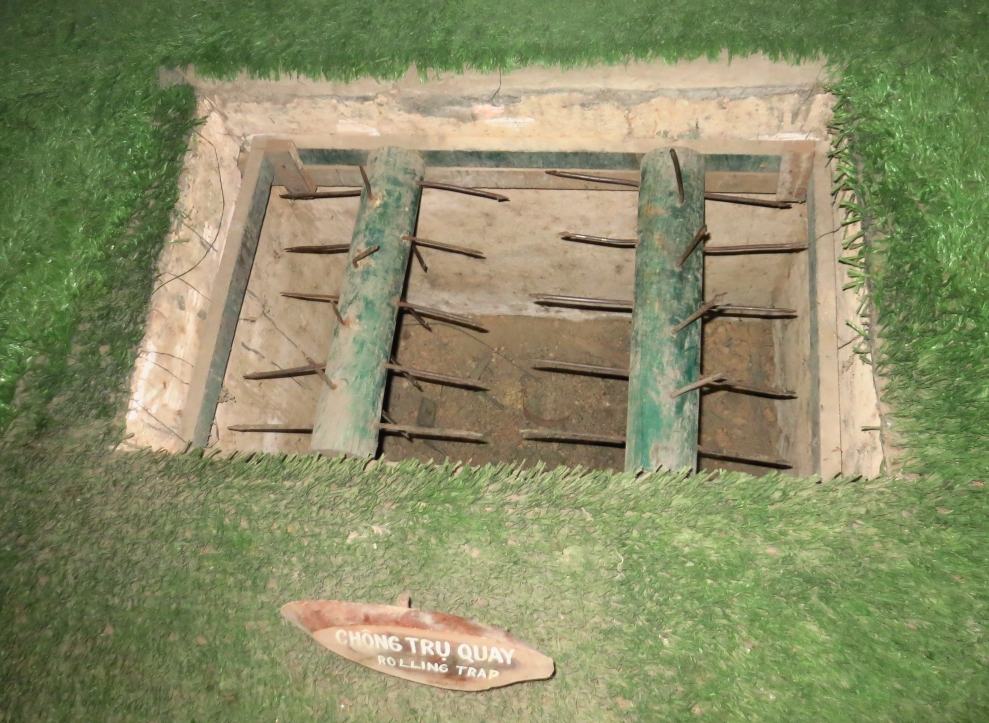 Niels going down in one of the tunnels 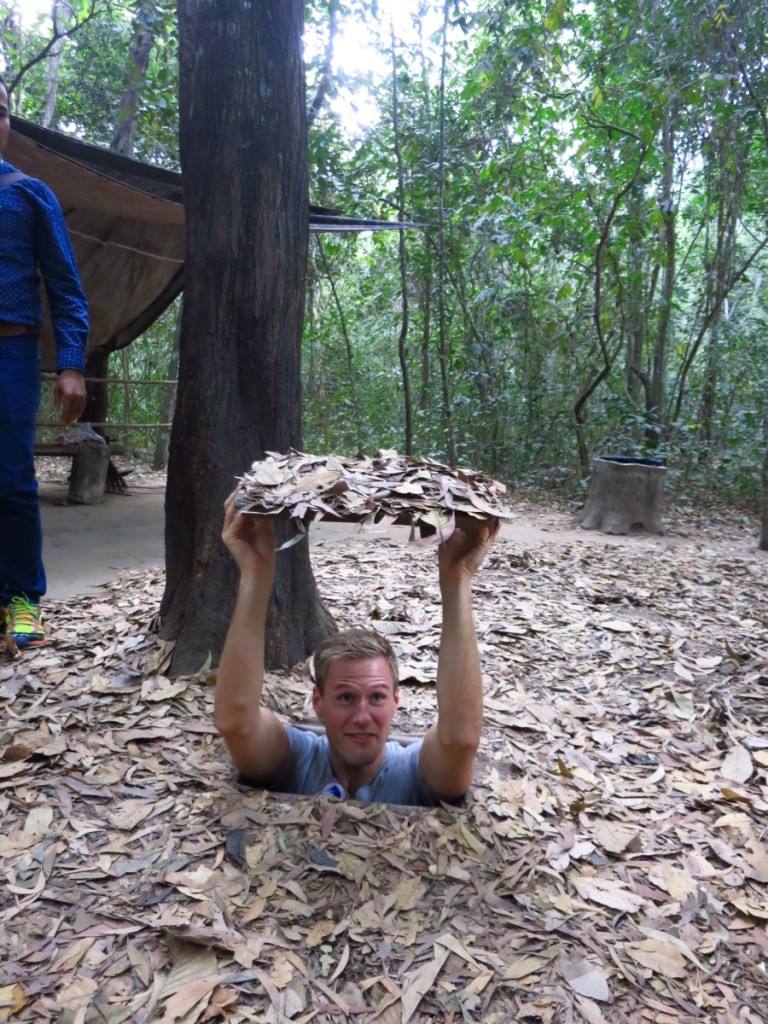 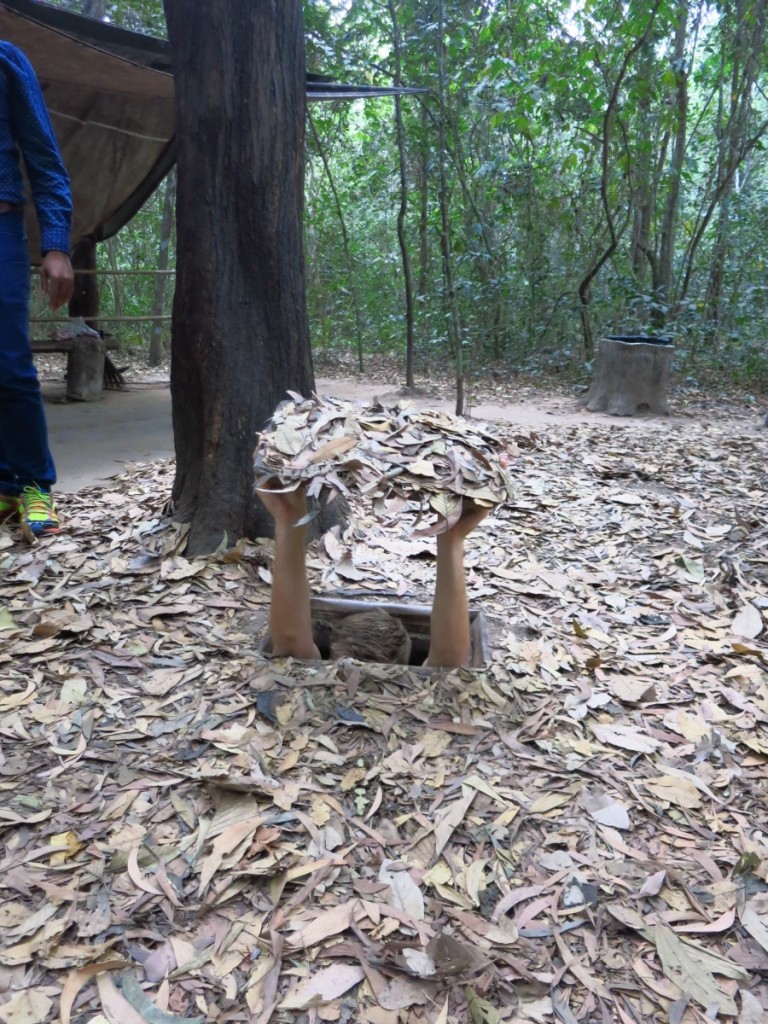 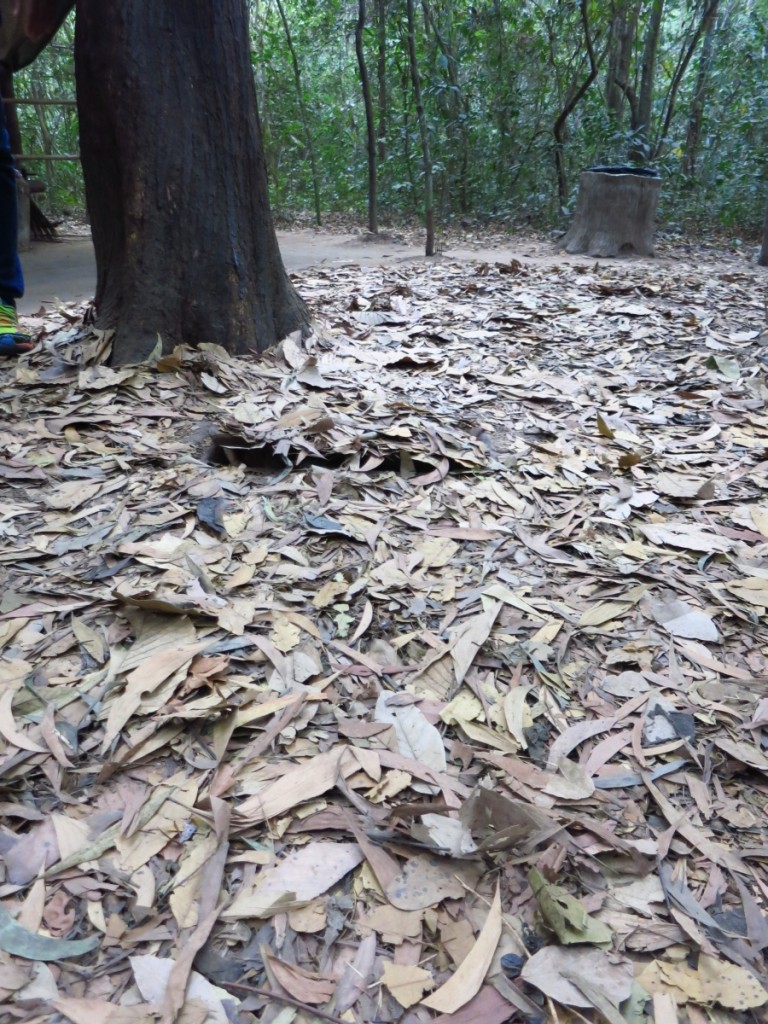 Sightseeing in Backpacker area (with great paintings and souvenirs) 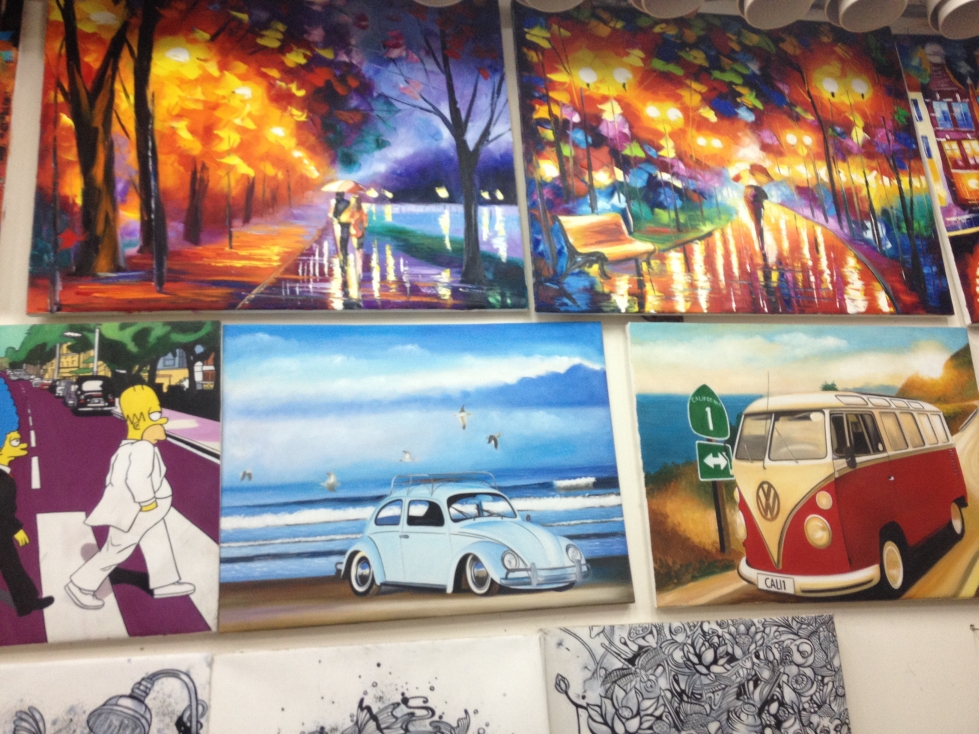 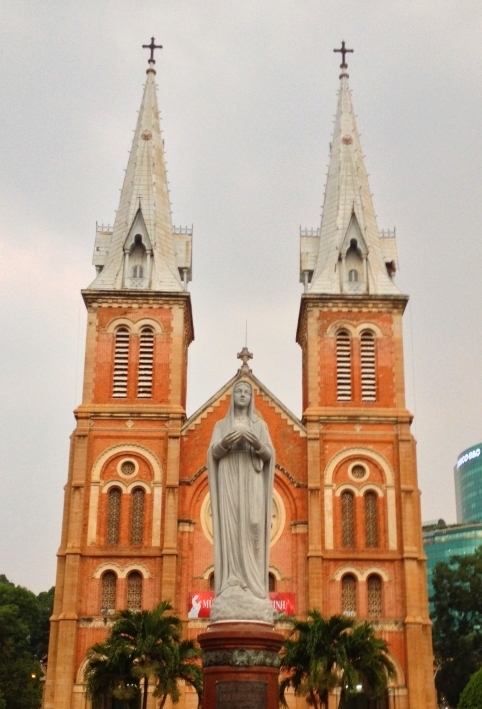 Impressions of the city 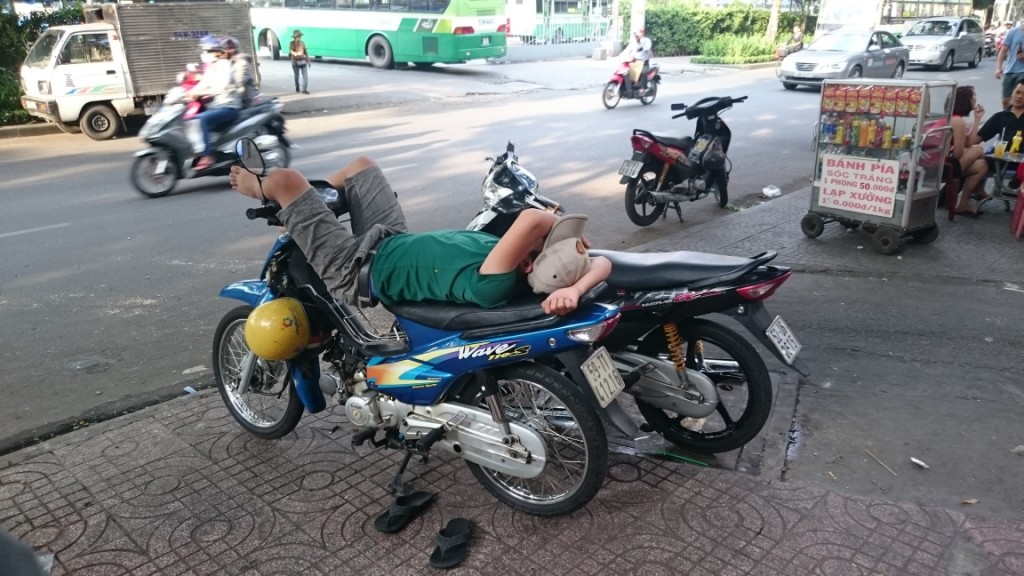 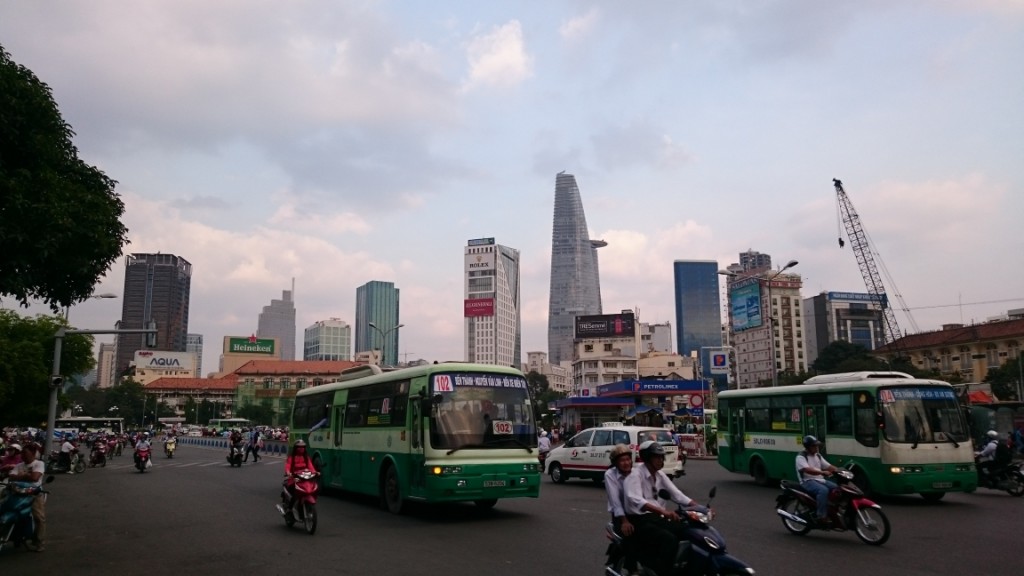 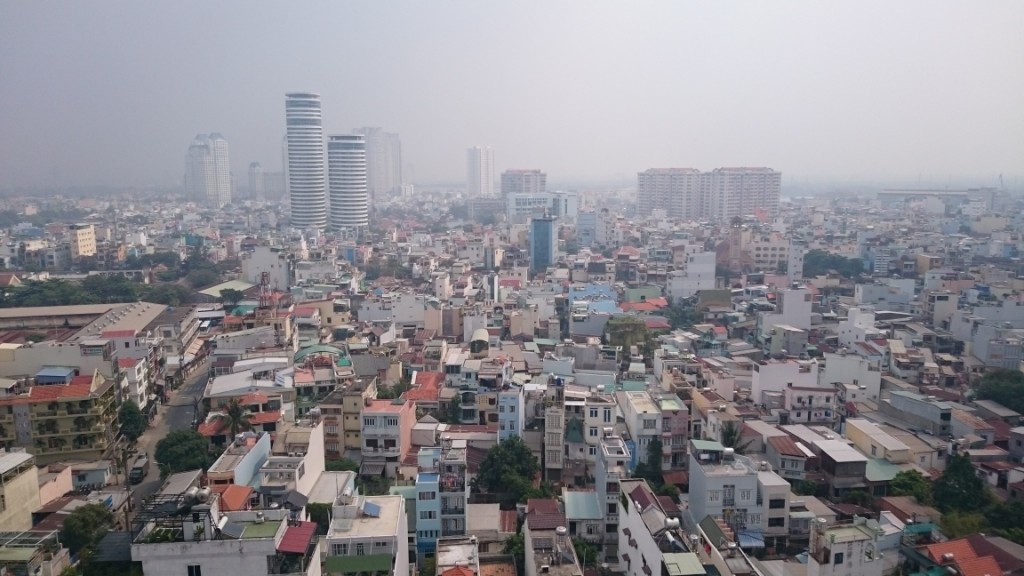 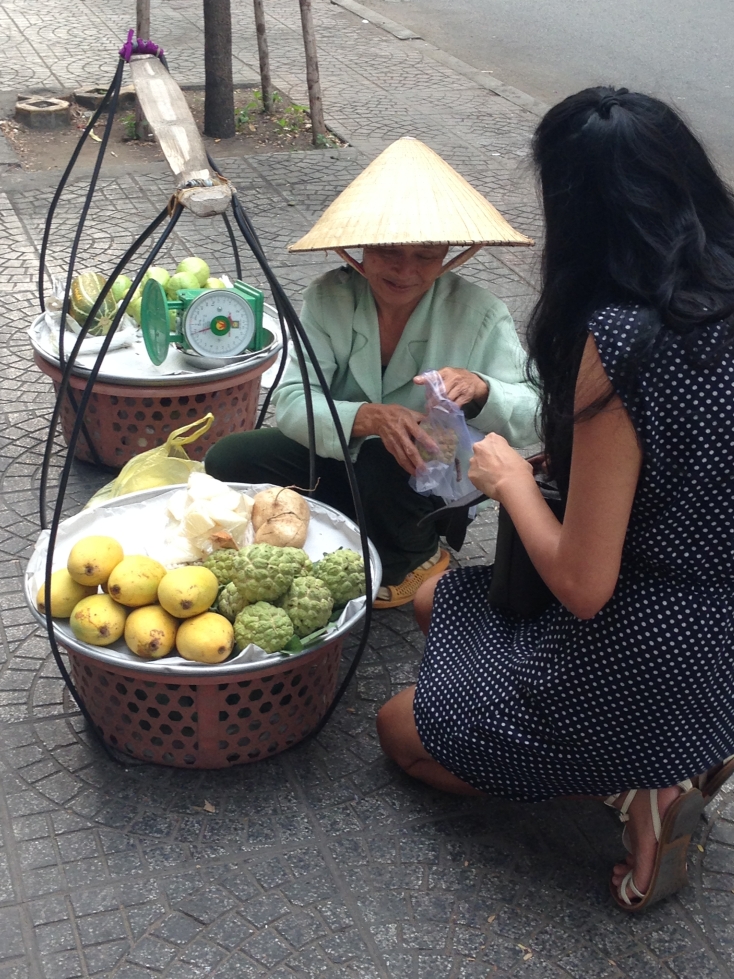 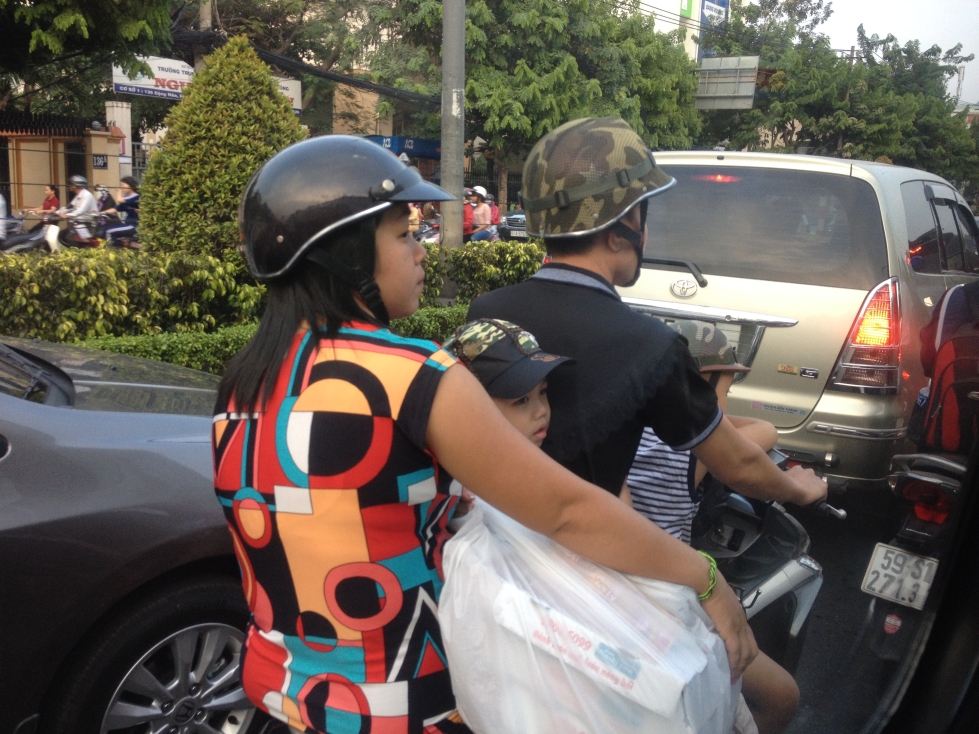 Daily traffic in the city 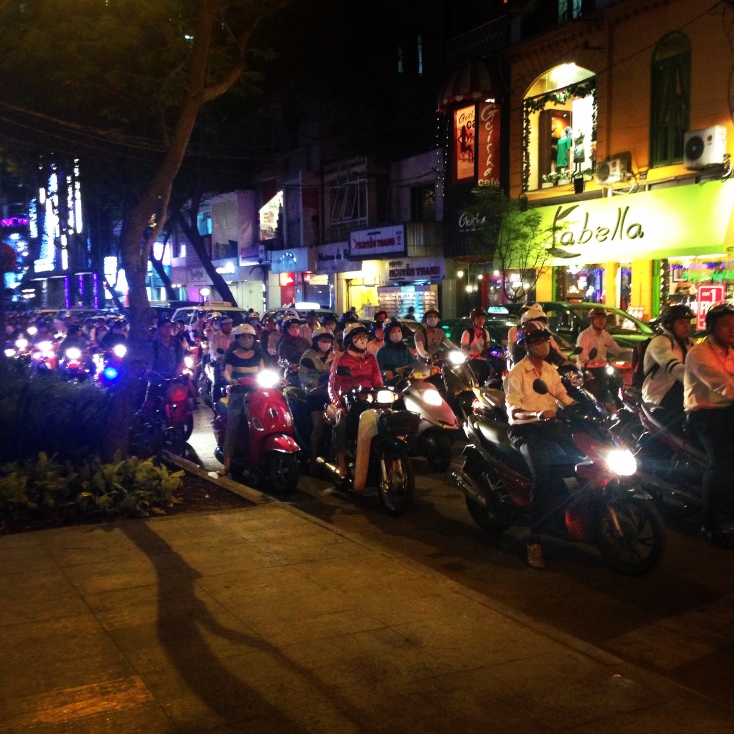 Celebrating the countdown on our roof-top 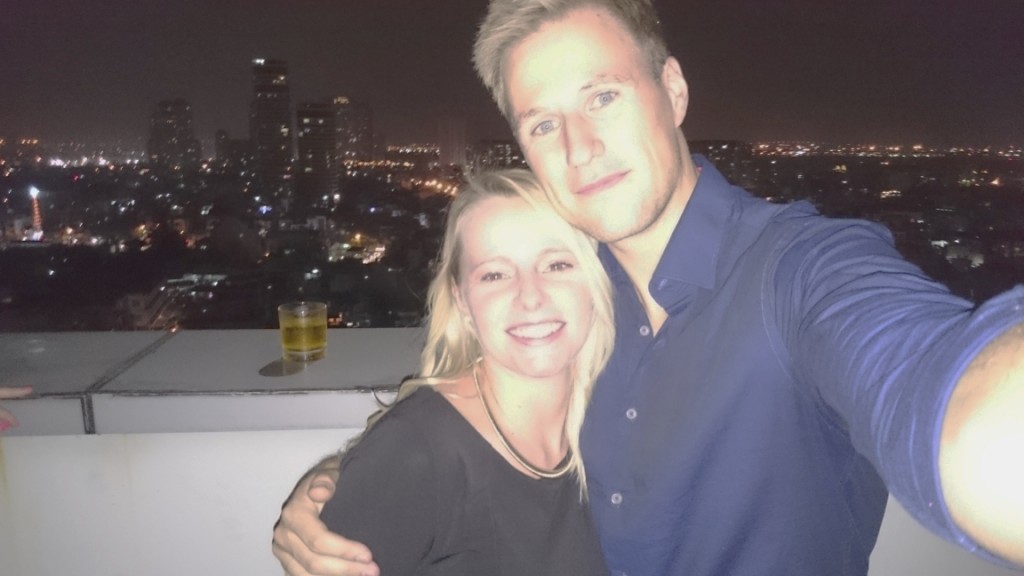 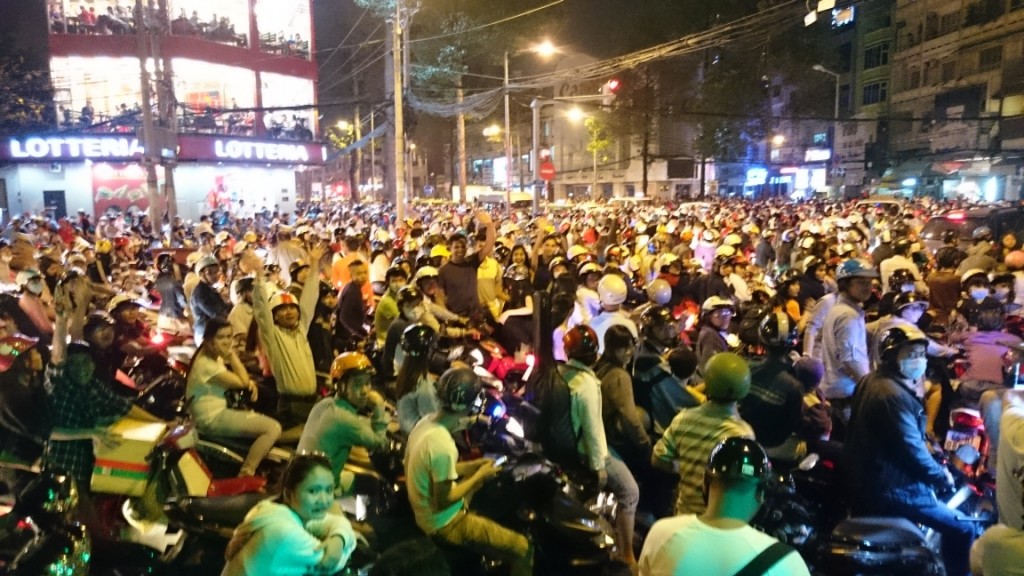 New Years party in the Gossip 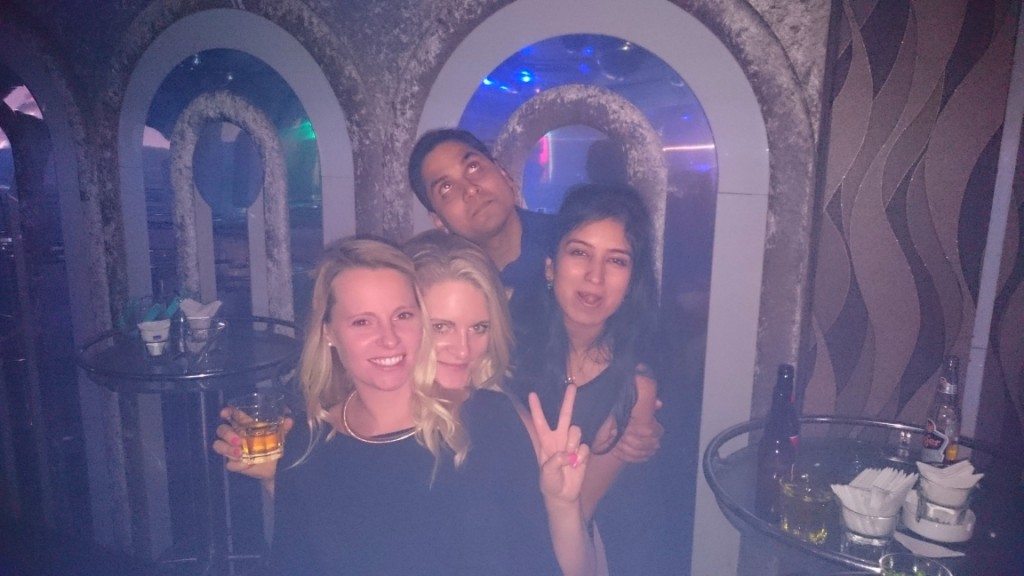 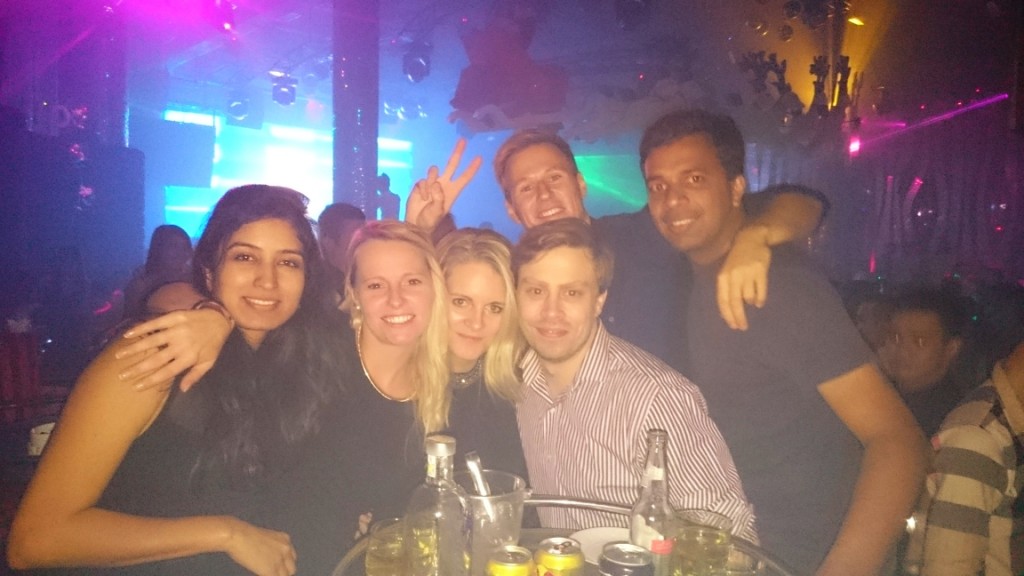 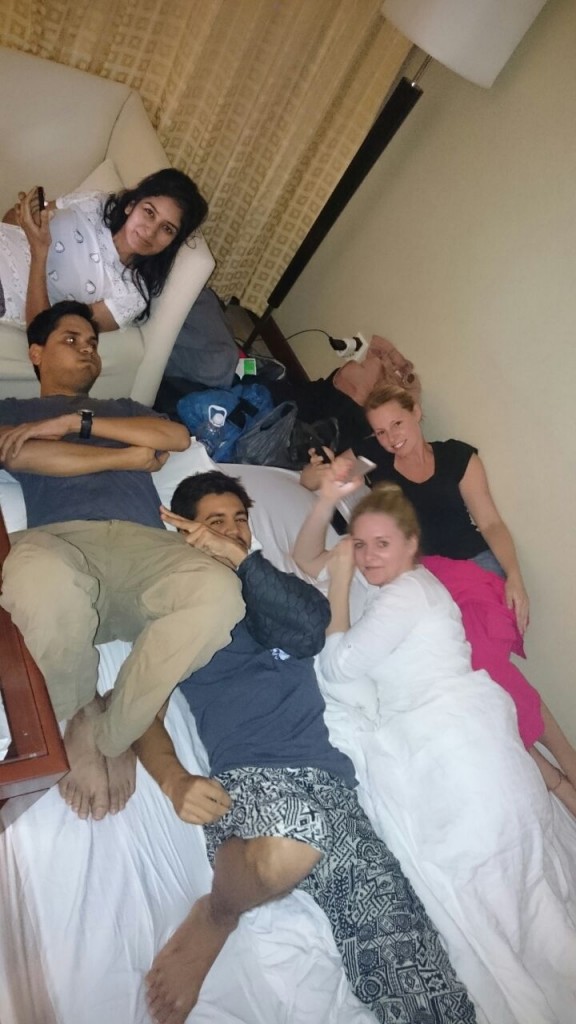 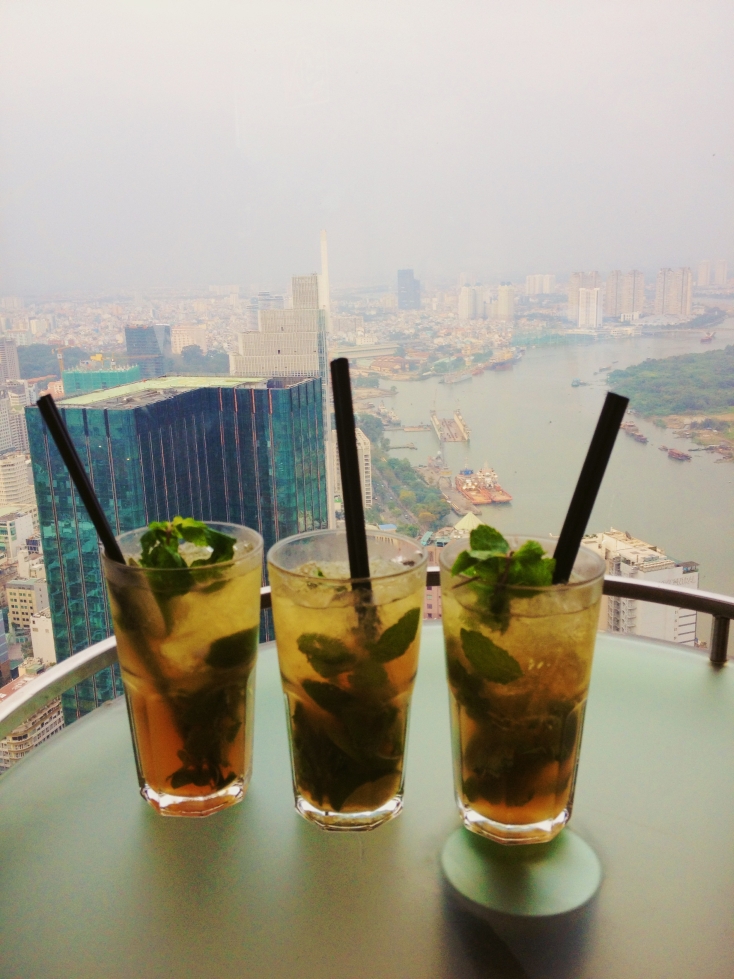 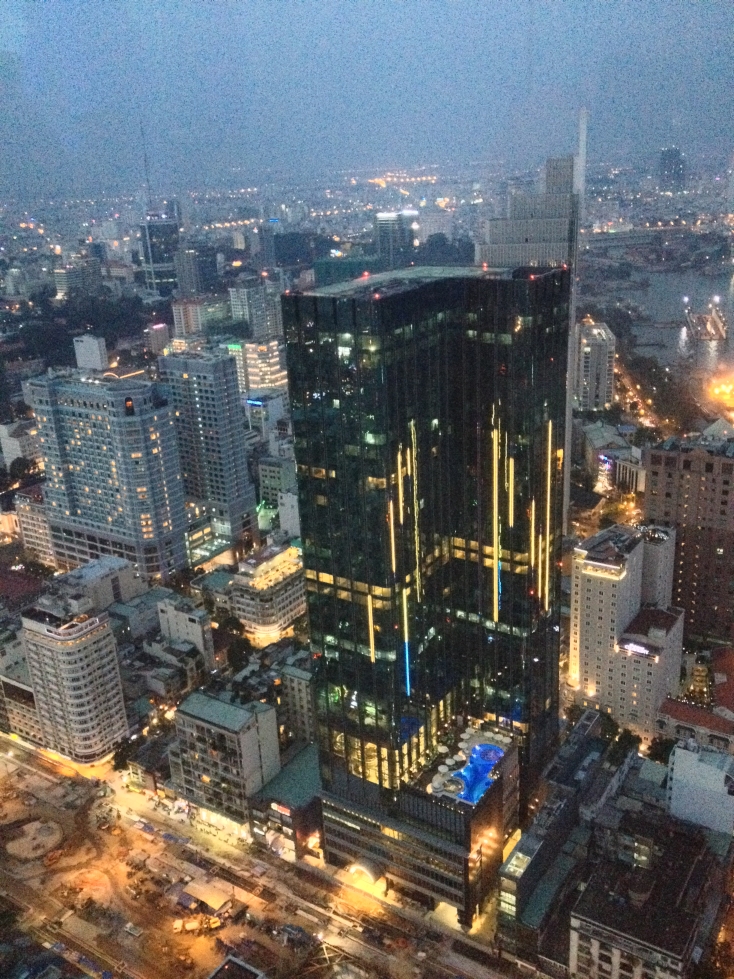