We started the day of by visiting the Basílica del Voto Nacional. A monumental building constucted in 1988. The Basilica is 140 m (460 ft) long and 35 m (115 ft) wide. It is 30 m (98 ft) high in the sanctuary and 115 m (377 ft) high in the two frontal towers. Both towers can be climbed as well as the transept. The view from up there is magnificent but the climb is special - not sure if the used "ladder constuction" would be allowed in many european countries 😉

There is not much to say about the Mitdal del Mundo besides there are unlimited points on the equator but this "center of the earth" did not even make it to the right place. However, loads of tourist go there every year - so did we 🙂 As soon as you arrive you do know: this is a touristy place! The whole monument is surrounded by shops with junk. Nevertheless, we enjoyed a nice afternoon with some favorouble coffee! 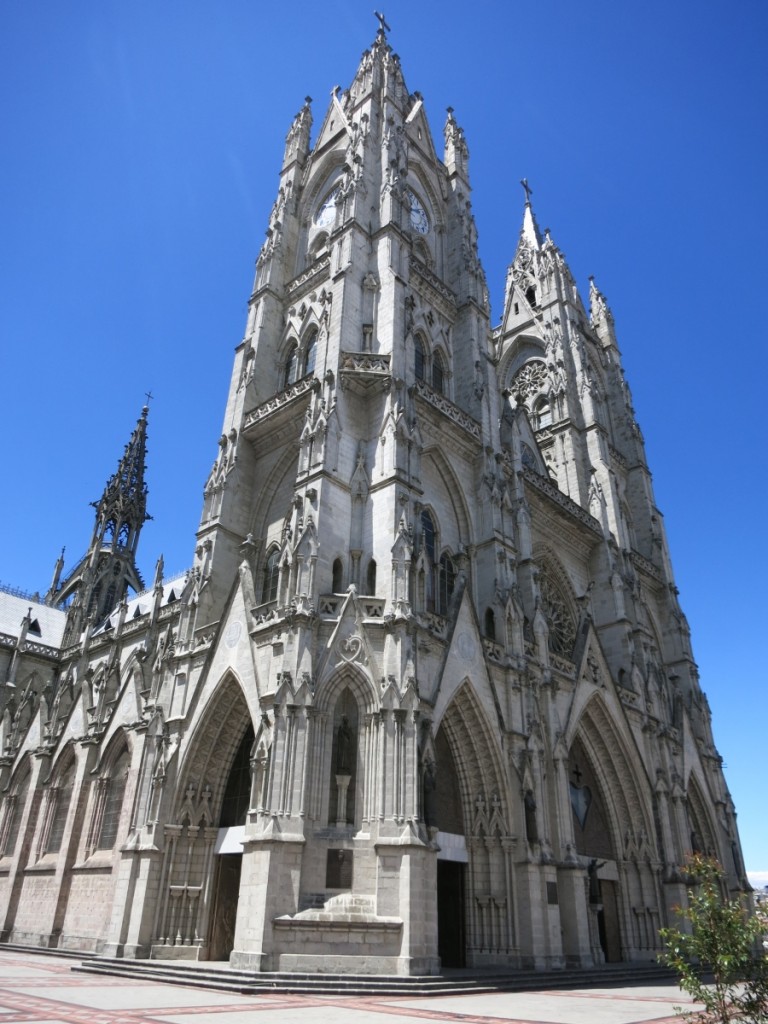 The way to the top 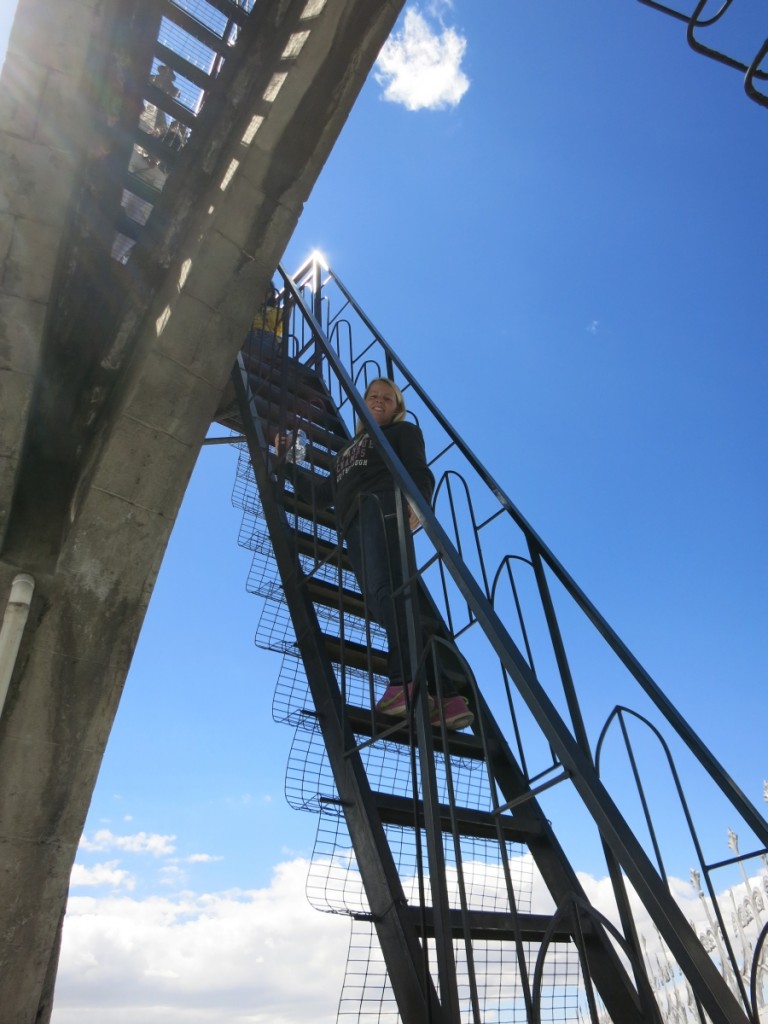 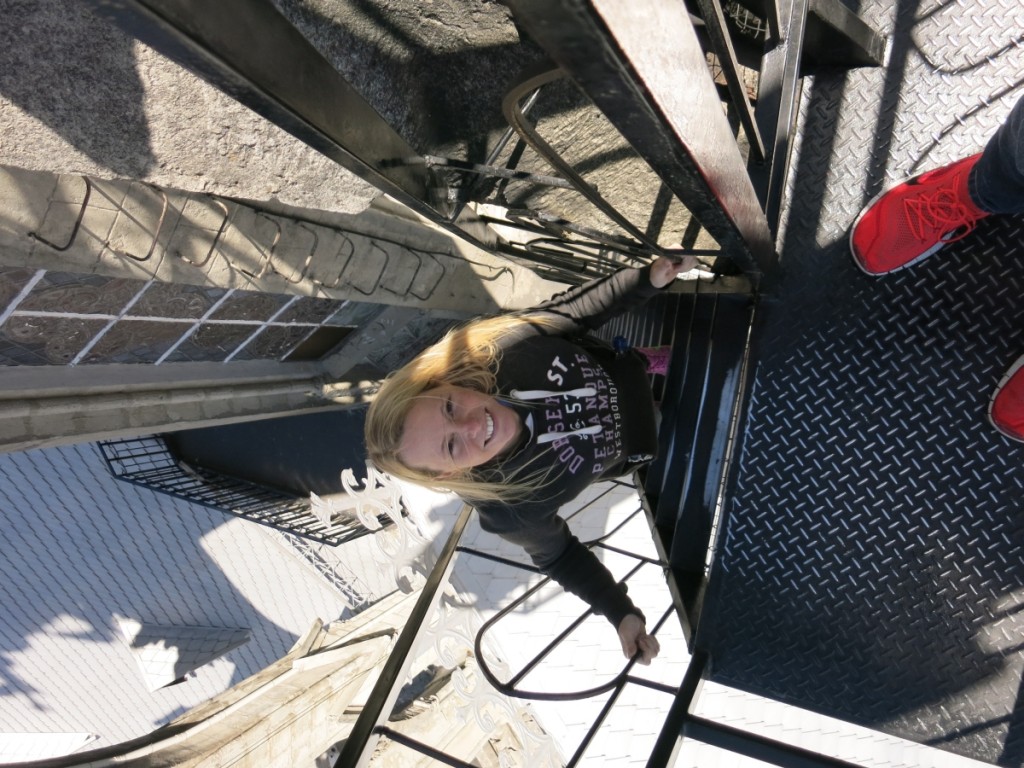 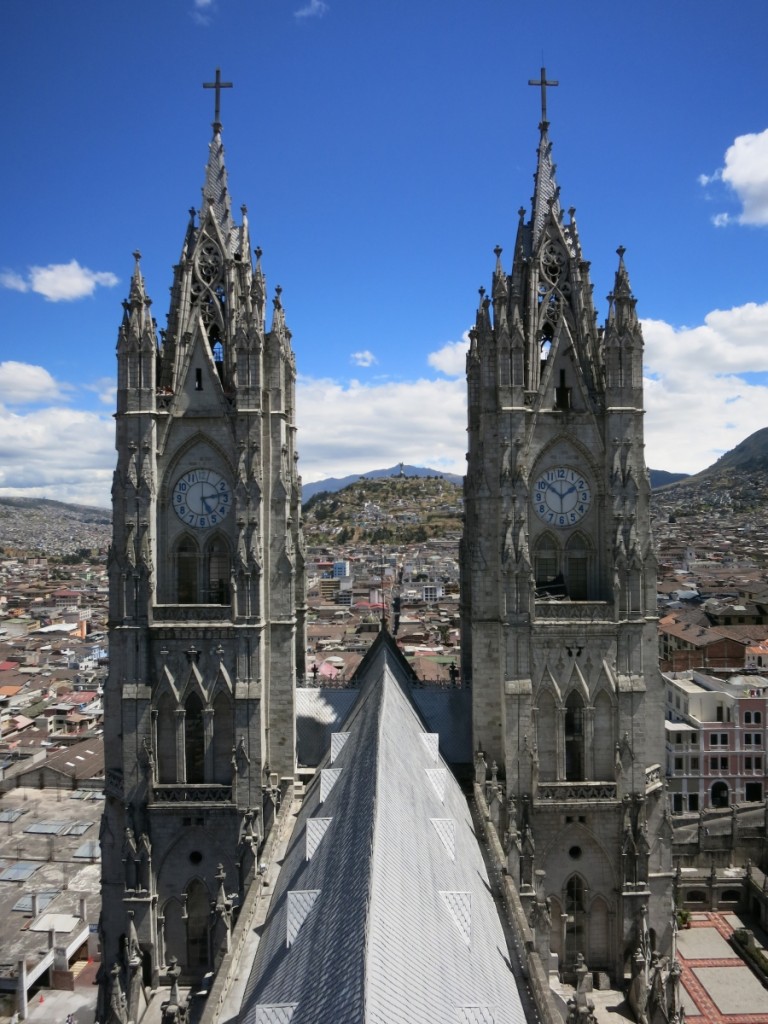 ...the inside view of the roof including the gangway to the top 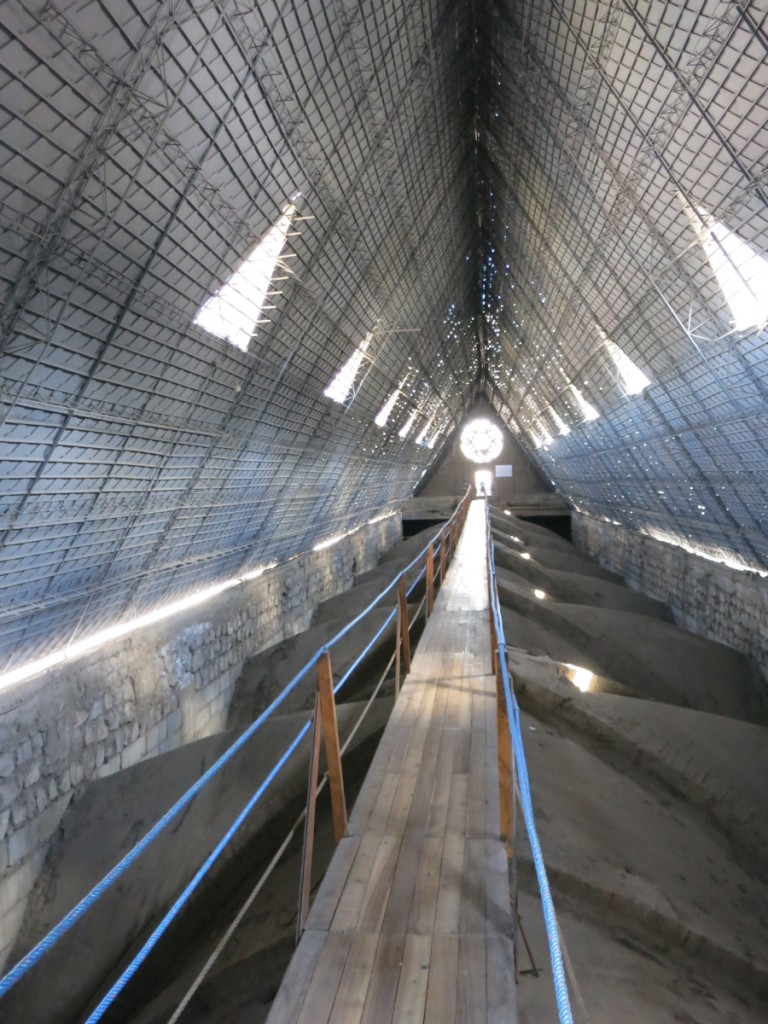 Inside view of the cathedral 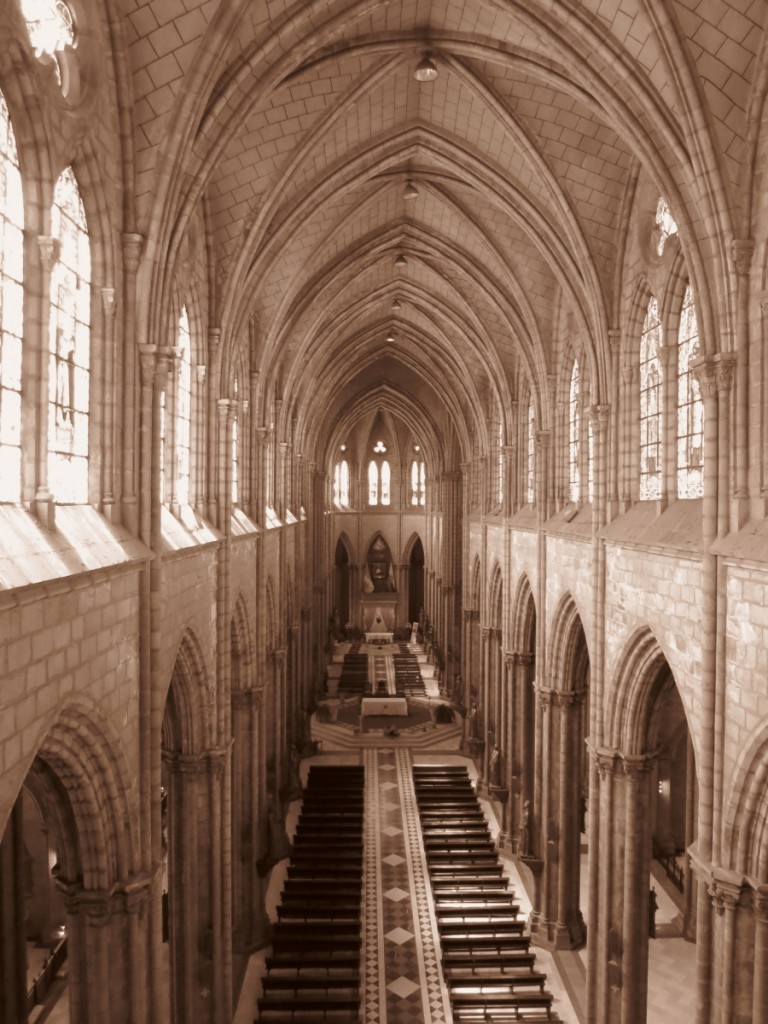 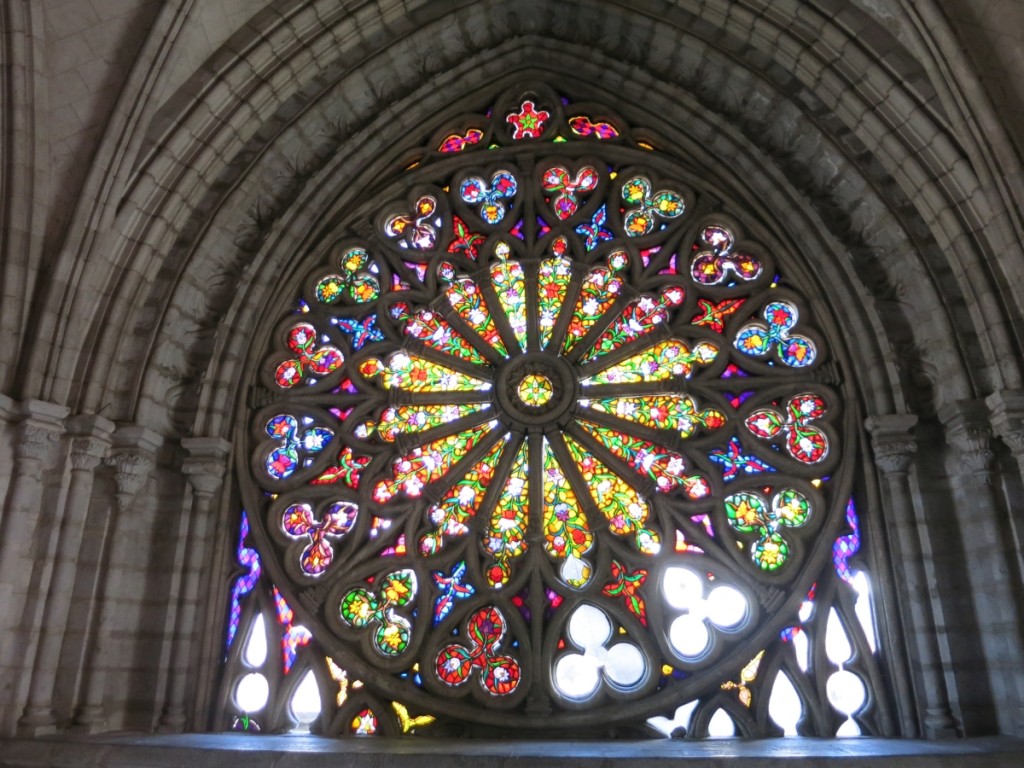 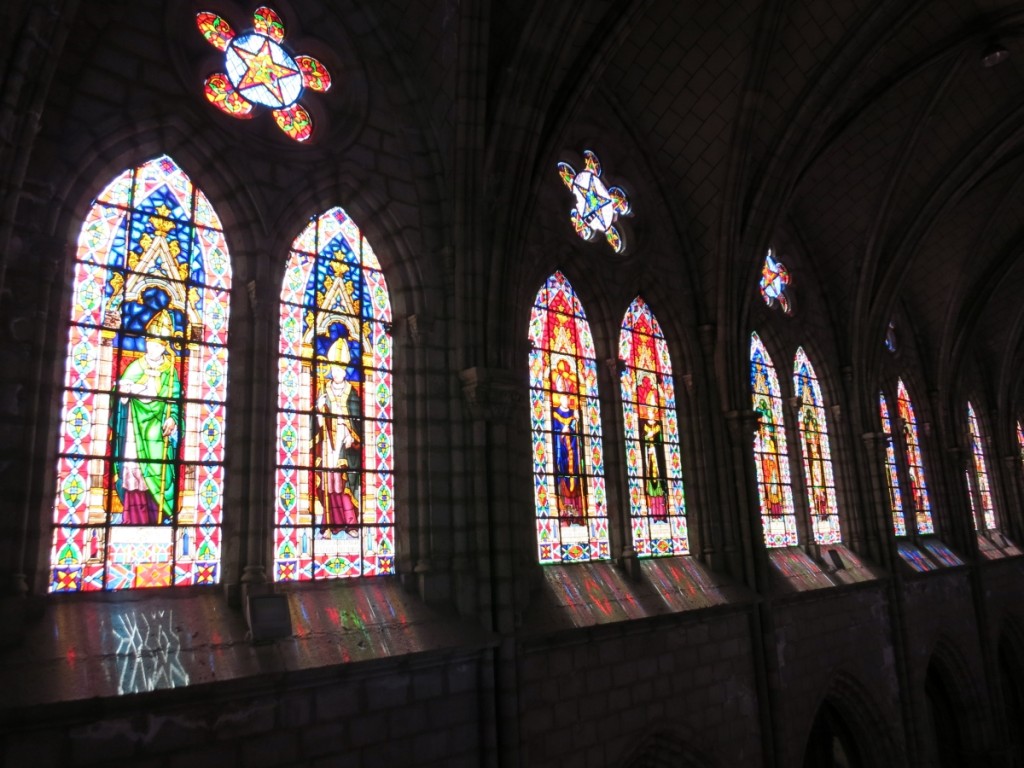 The center of the world 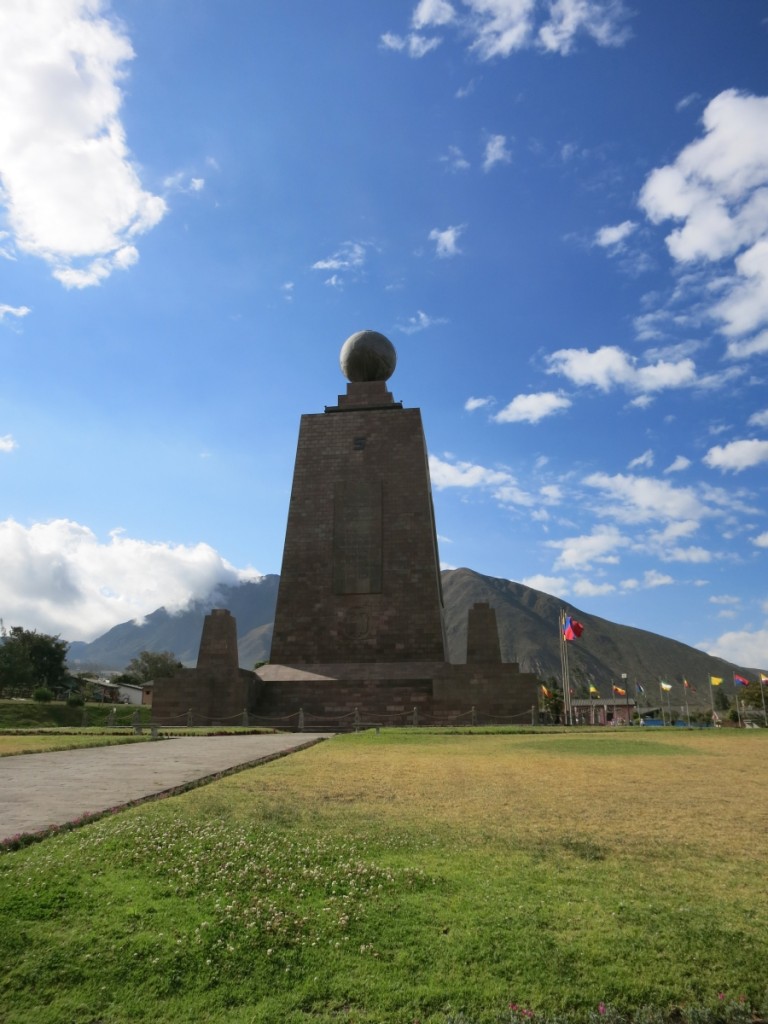 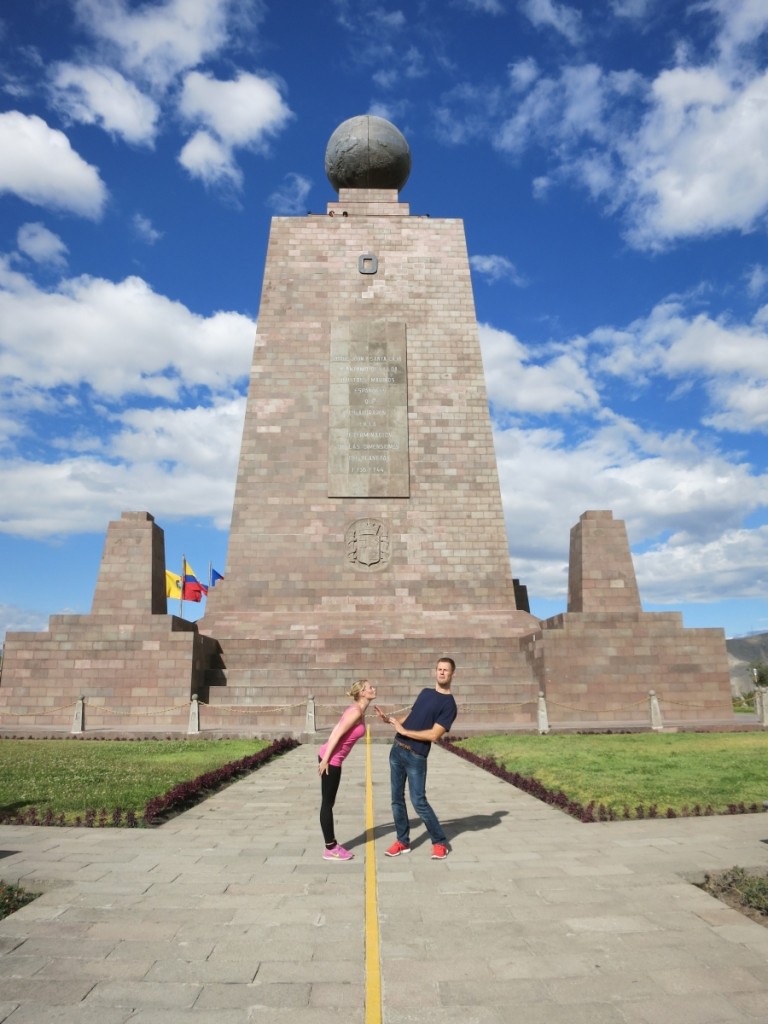 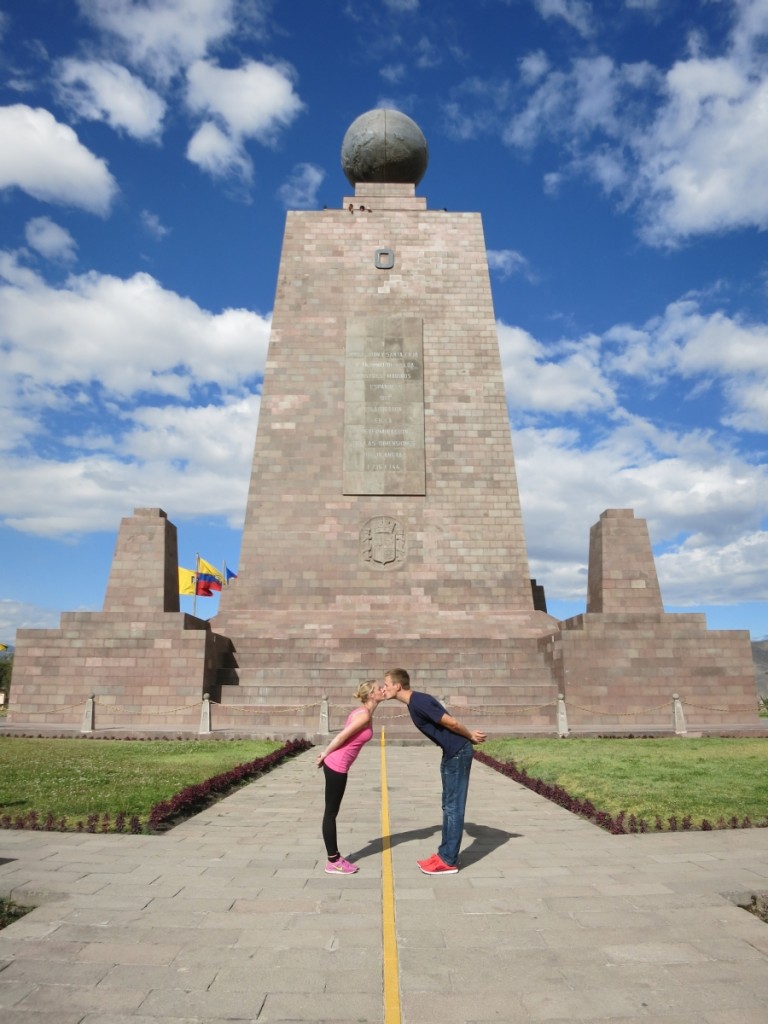 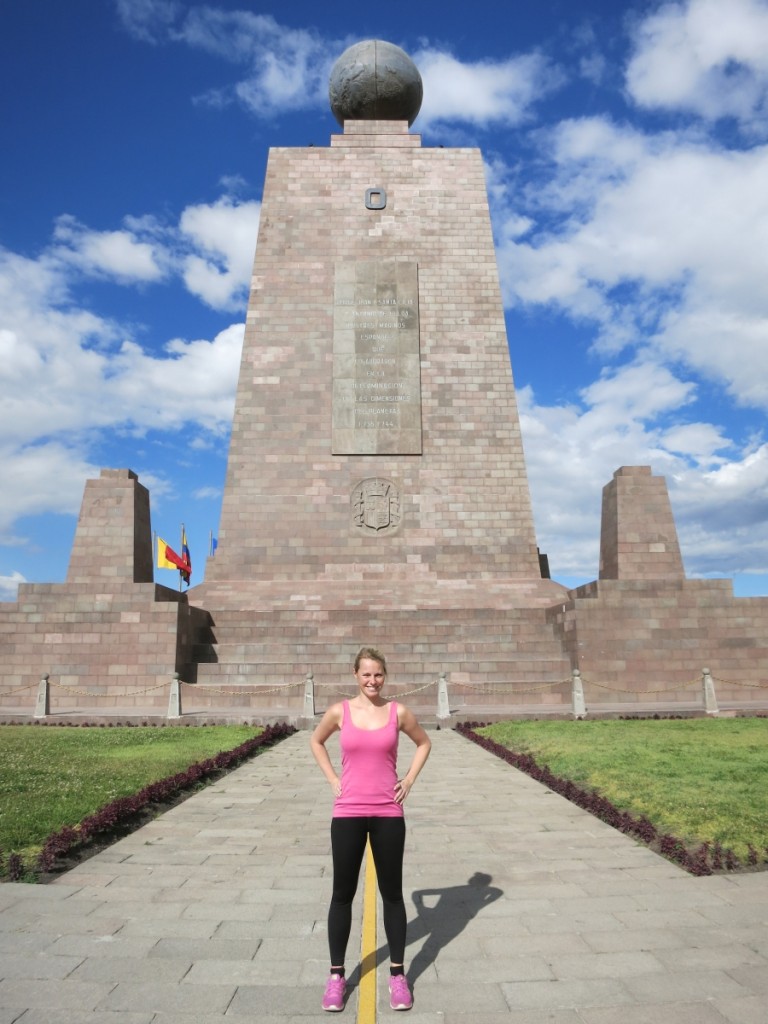 Group picture with Maik and Tino 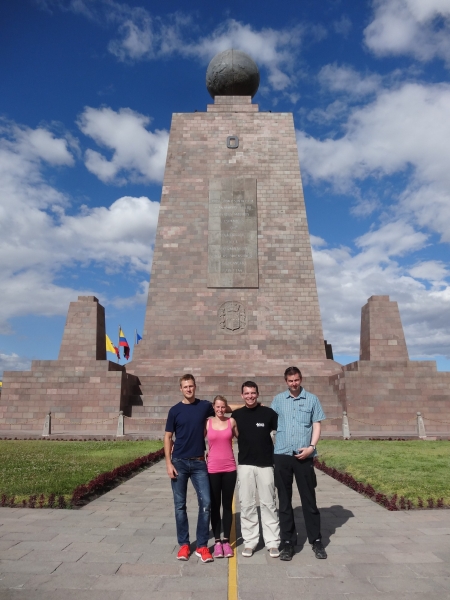 View from the top of the center of the world 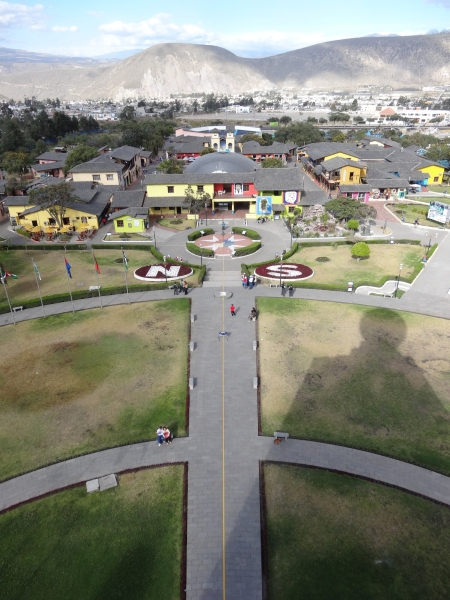 Leaving Buenos Aires was not easy. Especially because of the taxi service we had: Cynthia gave us a lift to the airport. On the airport we were chatting and drinking coffee nearly forgetting about the boarding time.

It was 10 pm when we finally arrived at the hostel. The welcome committee of the hostel can be described as the best-of a gangster movie. The fact that no one else was in the hostel and no English speaking person was around did not make us feel more comfortable. On top we needed to buy drinking water. Thankfully one of the hostel staff went out with Niels to buy some. On the way he constantly turned around checking the empty streets always one hand on the 20-25 cm knife in his pocket – a nice neighborhood we arrived in J Without any success they returned. The water (in a used bottle) which was offered to us was the first time we gave the water purification tablets a try. As you can see we survived the night – even though it was freaking cold!

The next days we went for some serious sightseeing with Maik and Tino. First on the list was the huge Basílica del Voto Nacional (see the pictures in the following post), the Plaza Grande and the Old Town. Another day we went for El Panecillo, the small hill to the south of the Old Town which is topped by a statue of La Virgen de Quito. To be honest, it’s nothing special but the view of the city and the surrounding volcanoes are definitely worse the trip. In the afternoon the same day we went for a place called Café Mosaico. It has an open terrace with a magnificent view of the city especially while the sun sets.

As much as the days were pleasant the nights were not. After 5 very cold nights in our spooky hostel we decided to move to La Mariscal because Niels got sick – getting worse every night. La Mariscal is a nice area. Most tourist stay there as well as party people from Quito. The new hostel was wonderful, they even offered us a heater for the room without charging money. It didn’t take long and Niels was feeling better (maybe it was because of Eva taking very good care, including cooking magical chicken soup).

View from the rooftop terrace of our first hostel 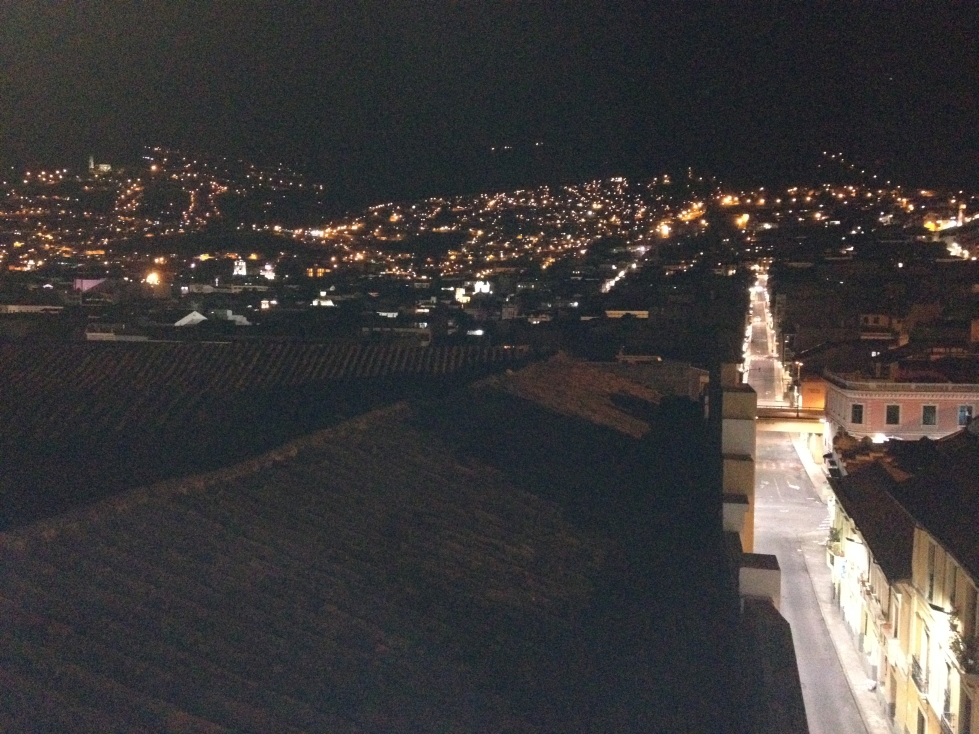 Our neighbourhood looks quite nice during day time... 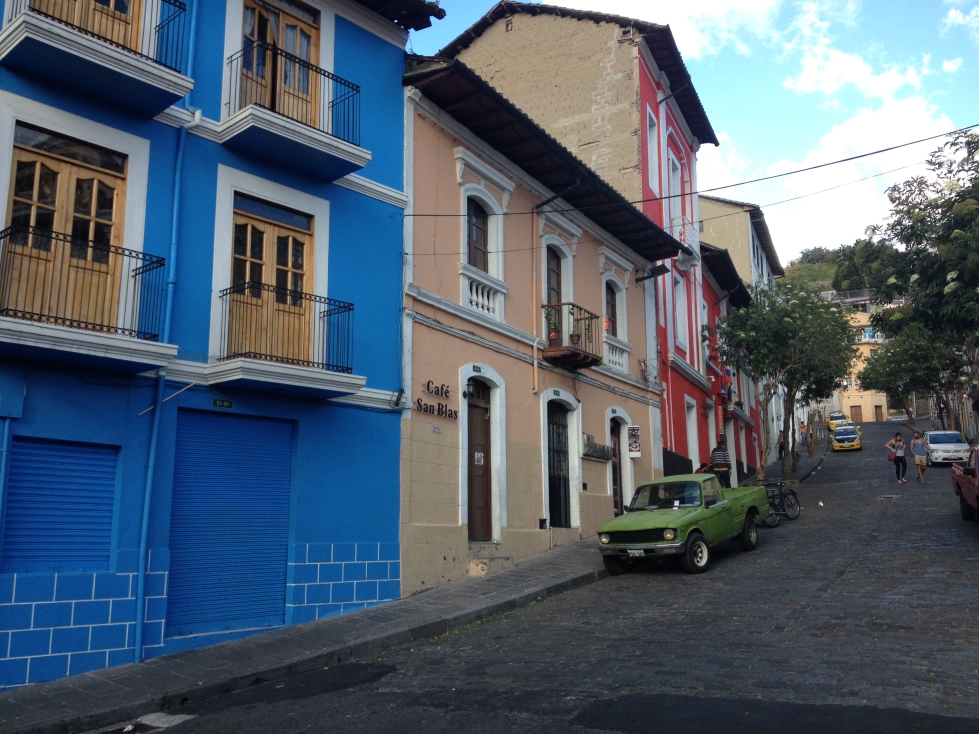 Bullfight arena in the neighbourhood 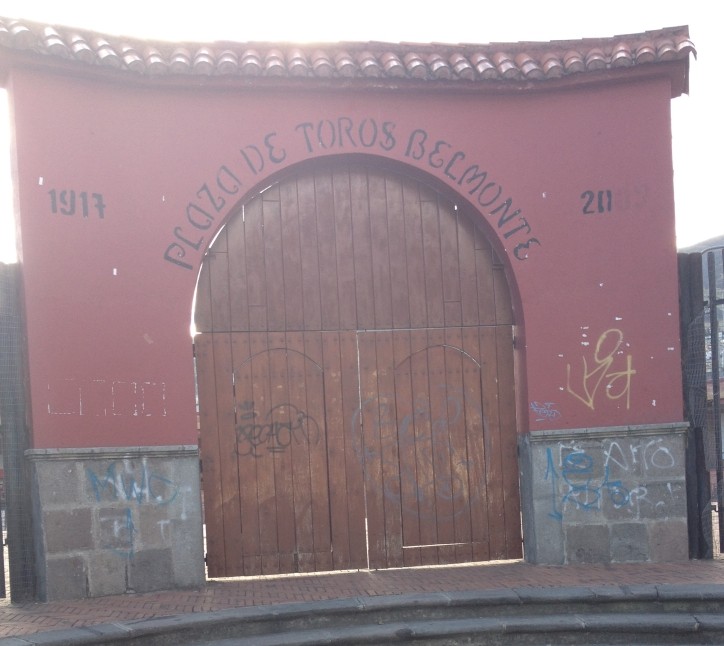 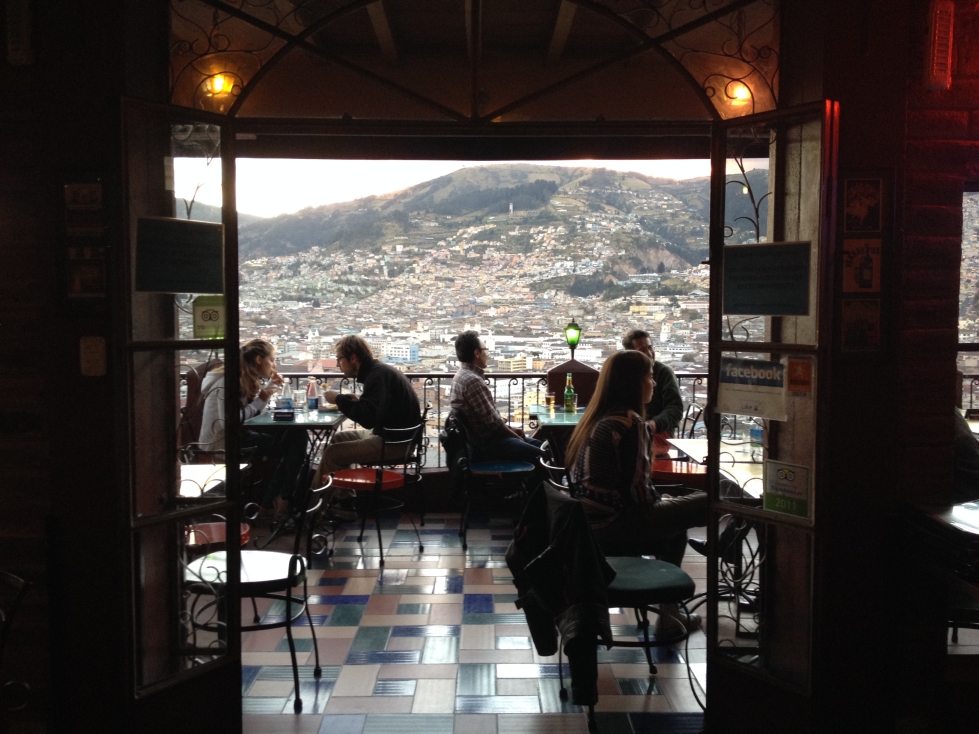 ...and the view in the evening

View of Quito to the South

View of Quito to the North 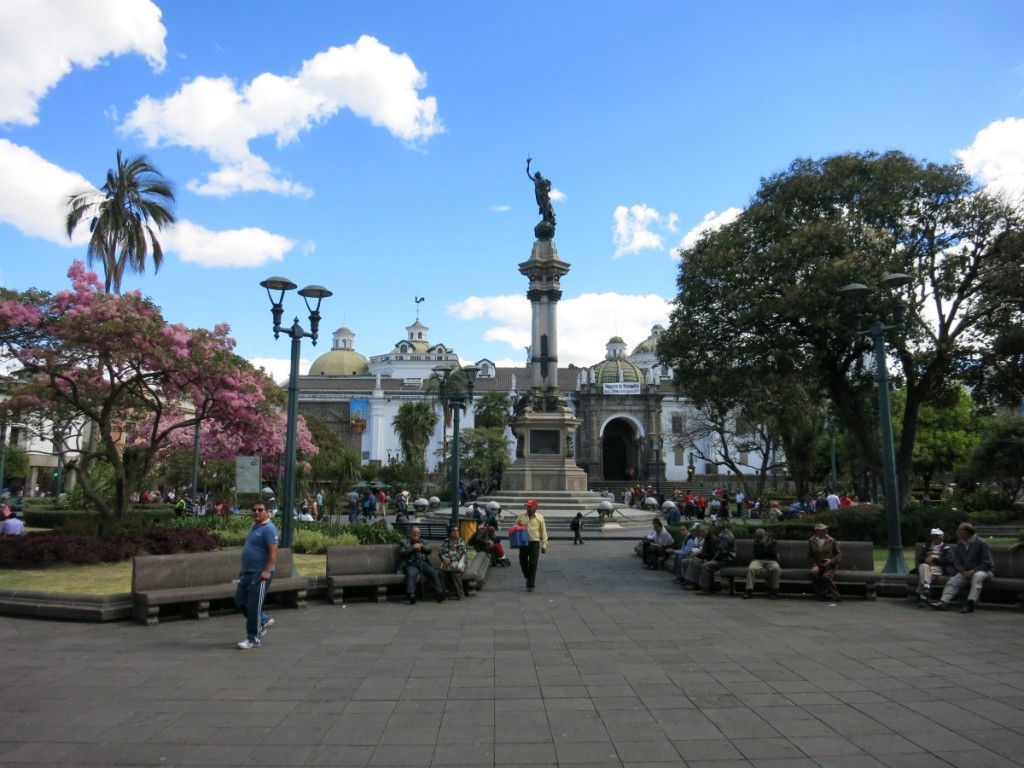 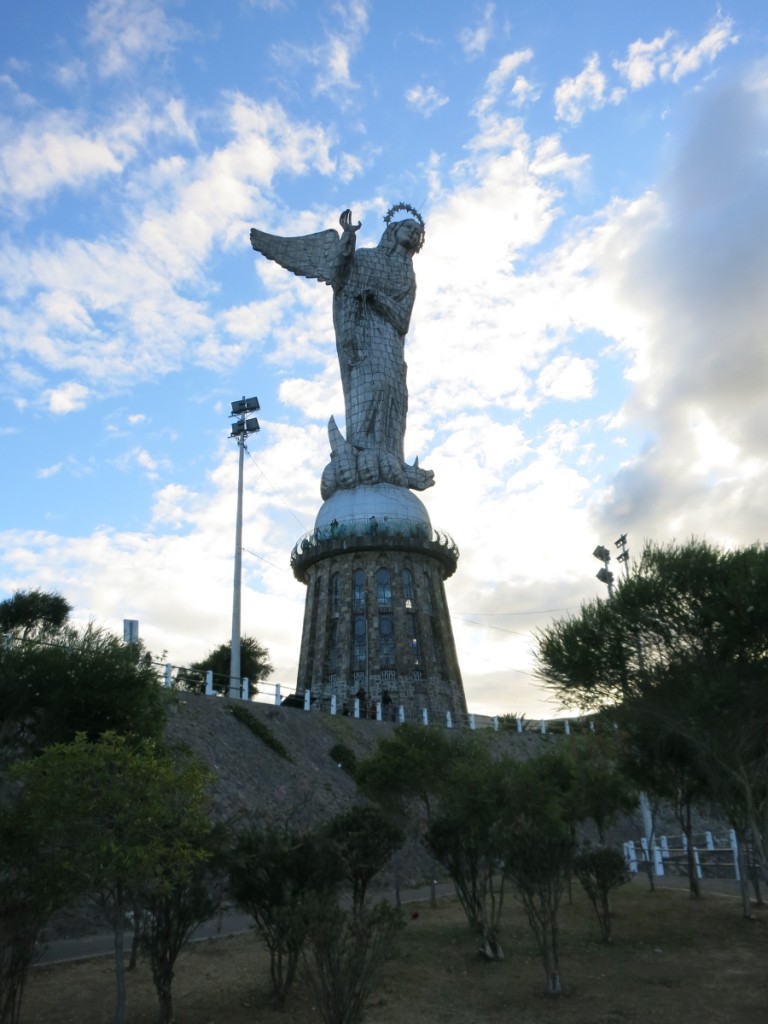 View from the top of statue of La Virgen

The Church of the Society of Jesus, which is fully decorated with gold inside 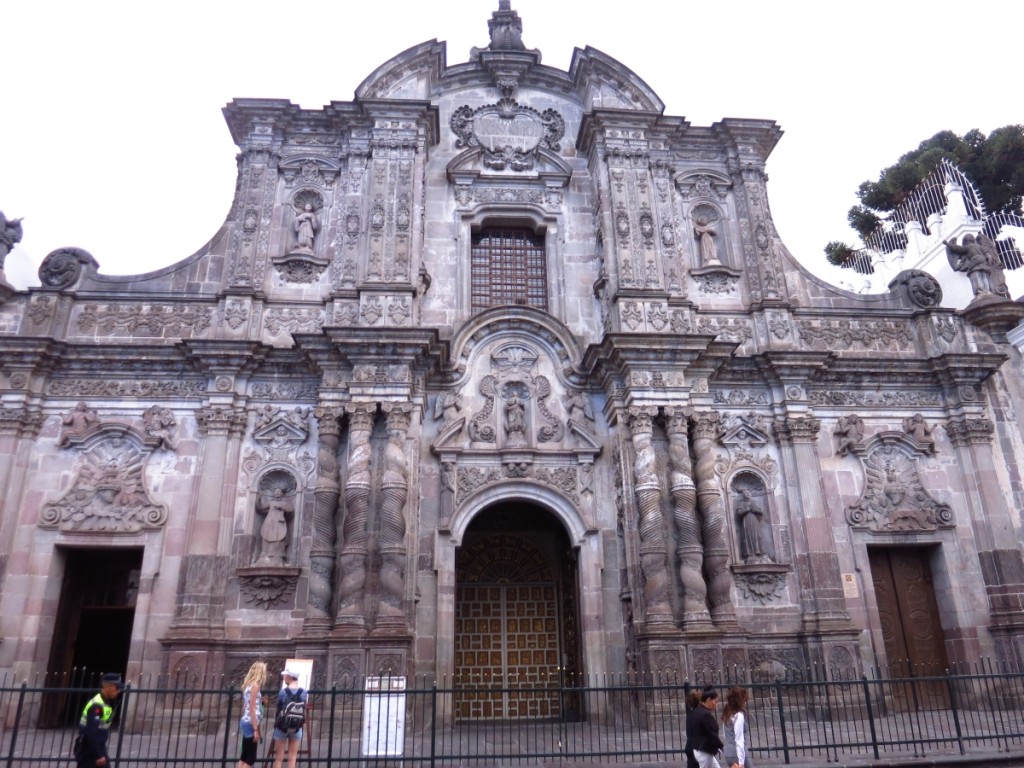 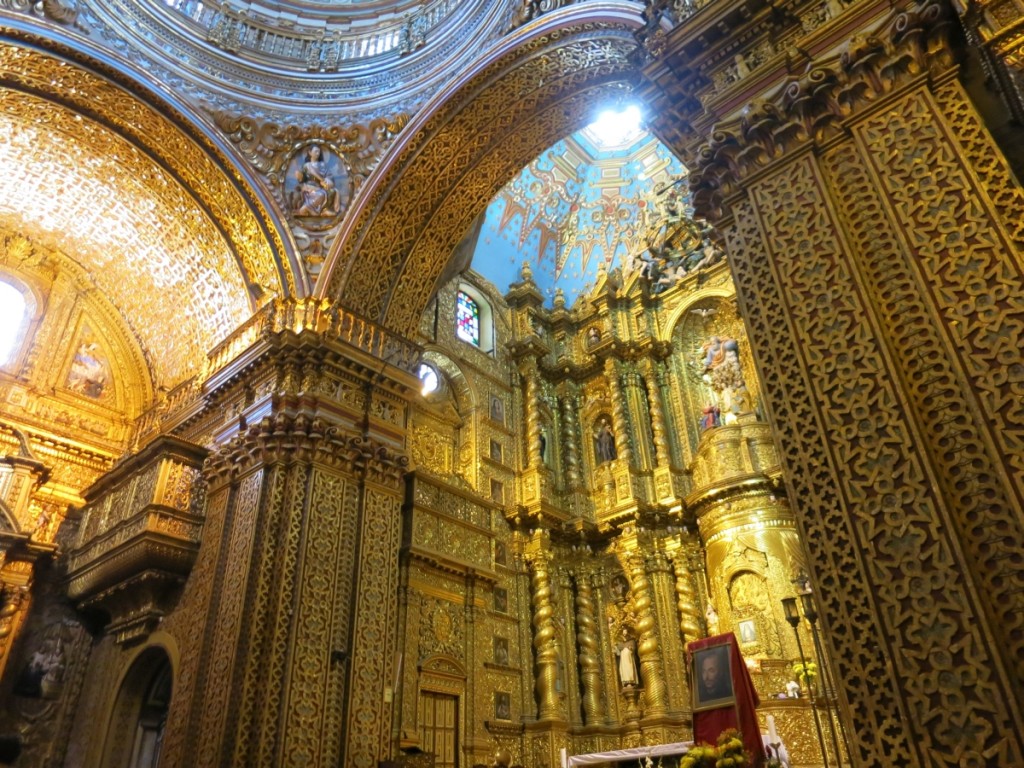 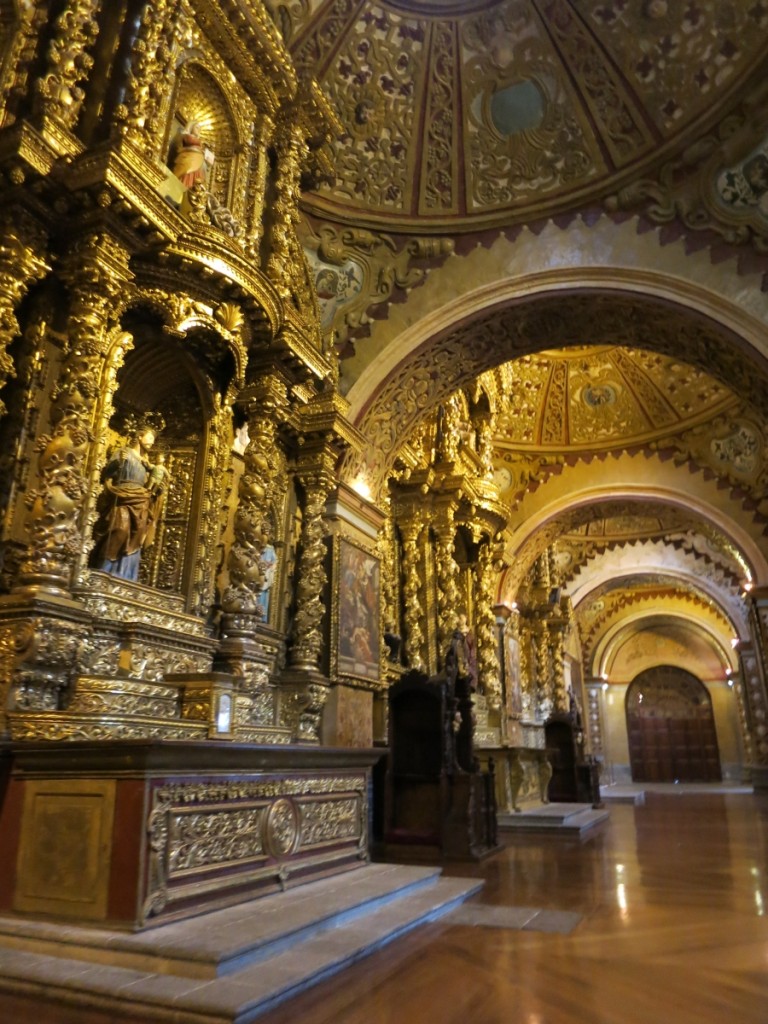