It is the biggest atoll in the Tuamotus and the second biggest in the world. The atoll’s coral belt consists of hundreds of small island no more than 300m wide but they stretch along a circuit for more than 200km. In total the atoll measures 75 km from east to west and 25 km from north to south.

Rangiroa is famous for its great diving especially sharks and dolphins are a big attraction. Eva dived one morning in the Tiputa pass where it is almost certain to see sharks and dolphins who frequently come to the divers and play around them. But she wasn´t lucky. She had a nice dive with sharks and many other fish but the dolphins kept distance and she could barely see them.

A typical scene in French Polynesia: A fishermen chopped freshly caught Mahi-Mahi. Even for us (newbie fish eaters) it looked fantastic. We couldn’t resist and bought 1 kg without an idea how to cook it. The wife of the fishermen gave us her favorite recipe. The outcome were 3 great meals of Mahi Mahi marinated in lemon and cooked with self made coconut milk.

One afternoon we took the bikes and went from one side of the Motu to the other side which takes about 45 mins (8km) to see the dolphins jumping in the waves. The rest of the time we relaxed a lot, improved our skills in open coconuts and learned how to make coconut milk. 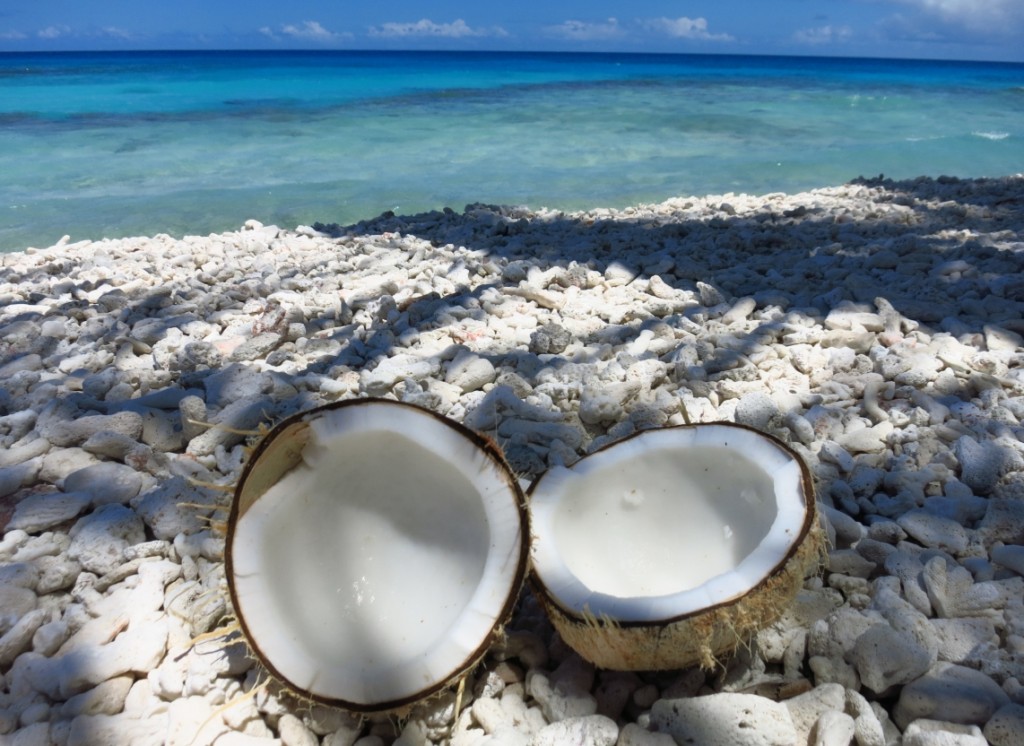 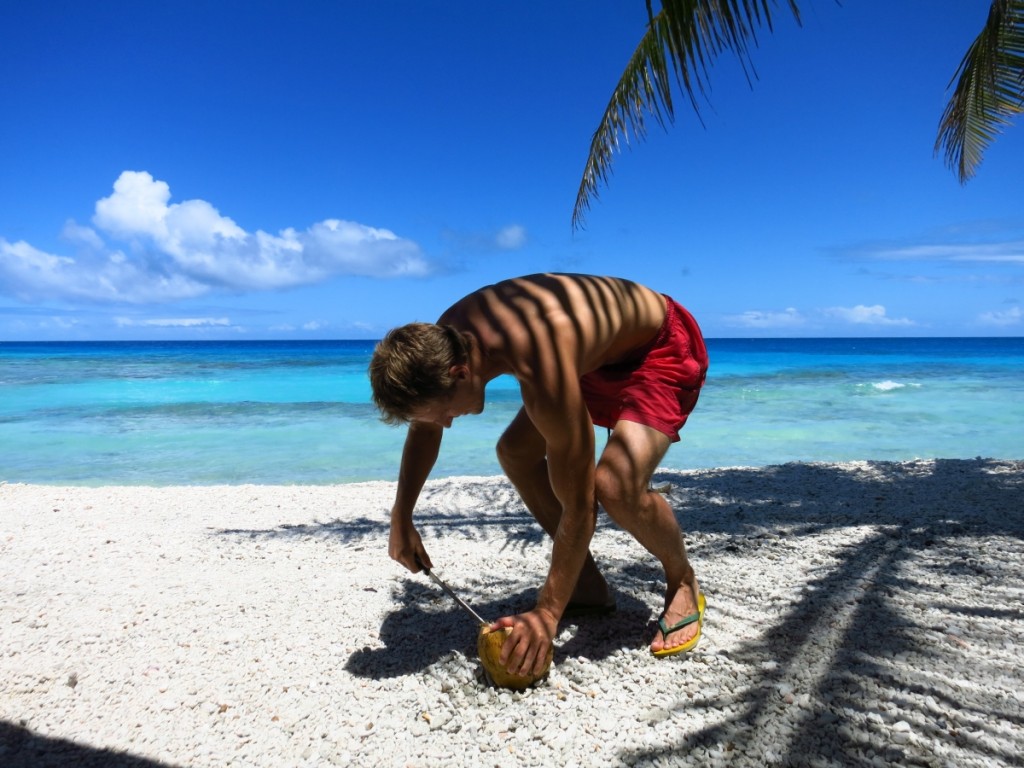 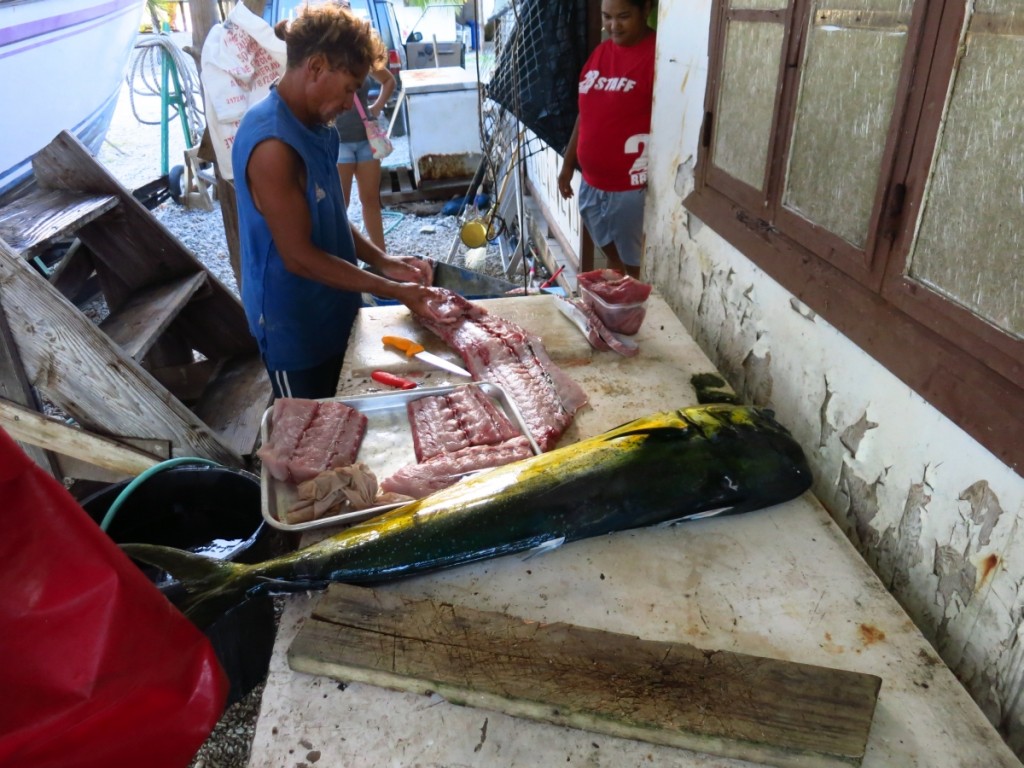 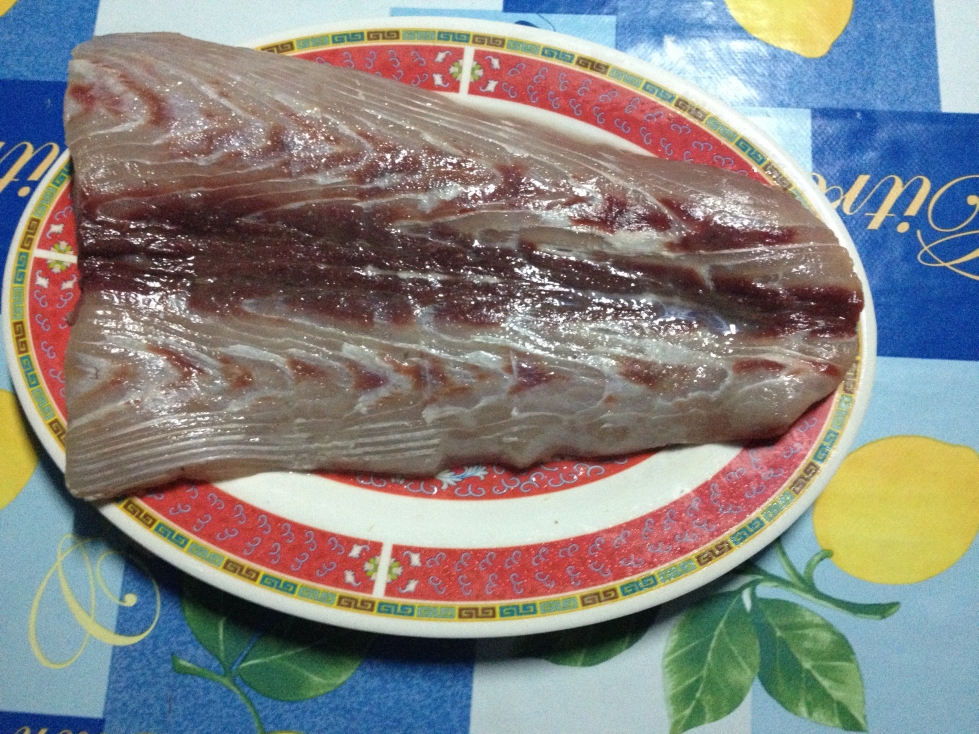 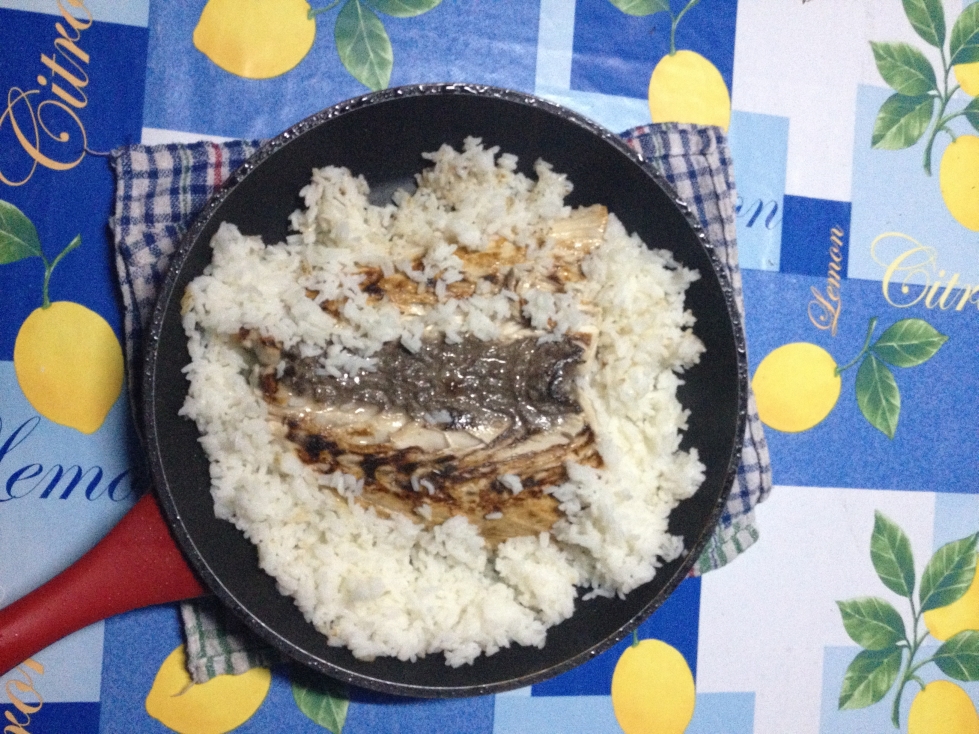 Lesson how to make coconut milk. 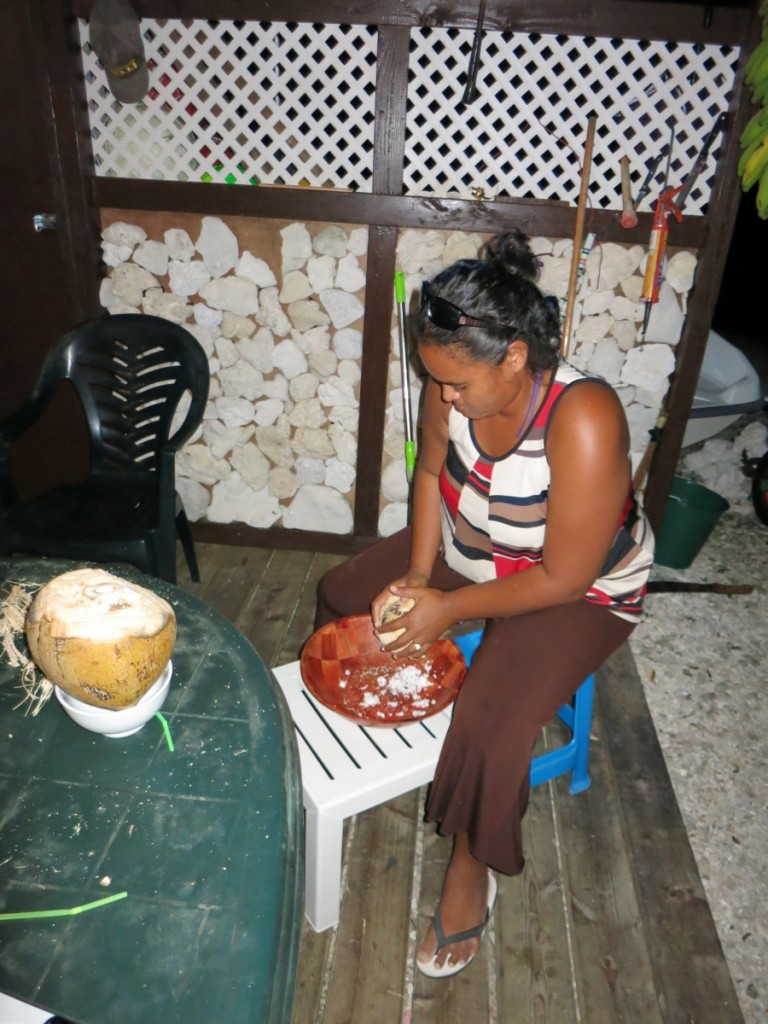 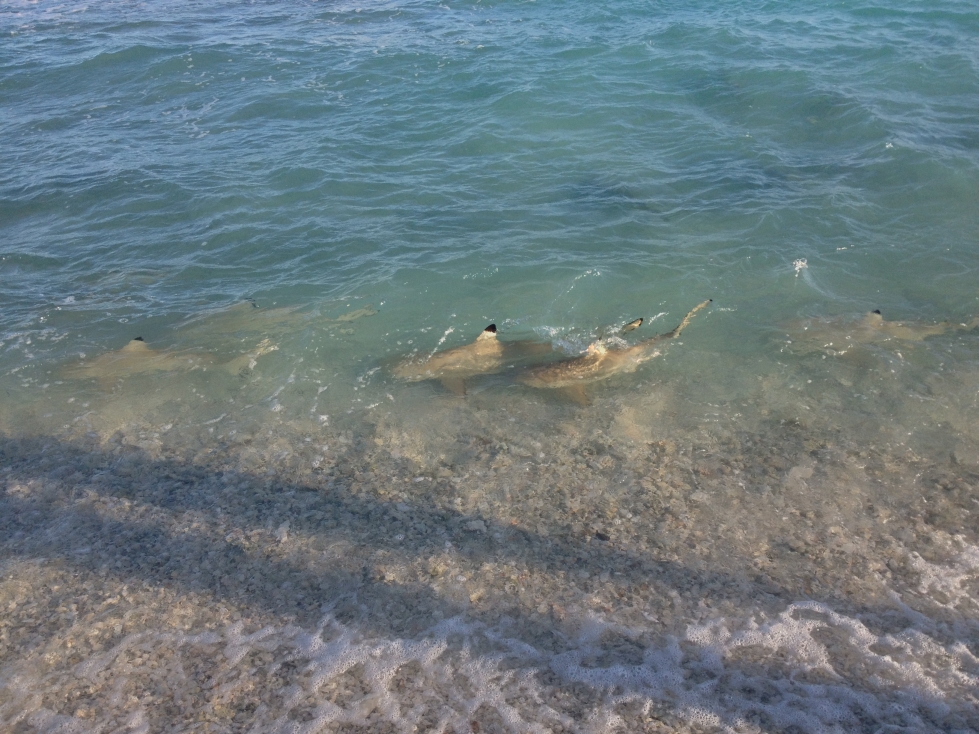 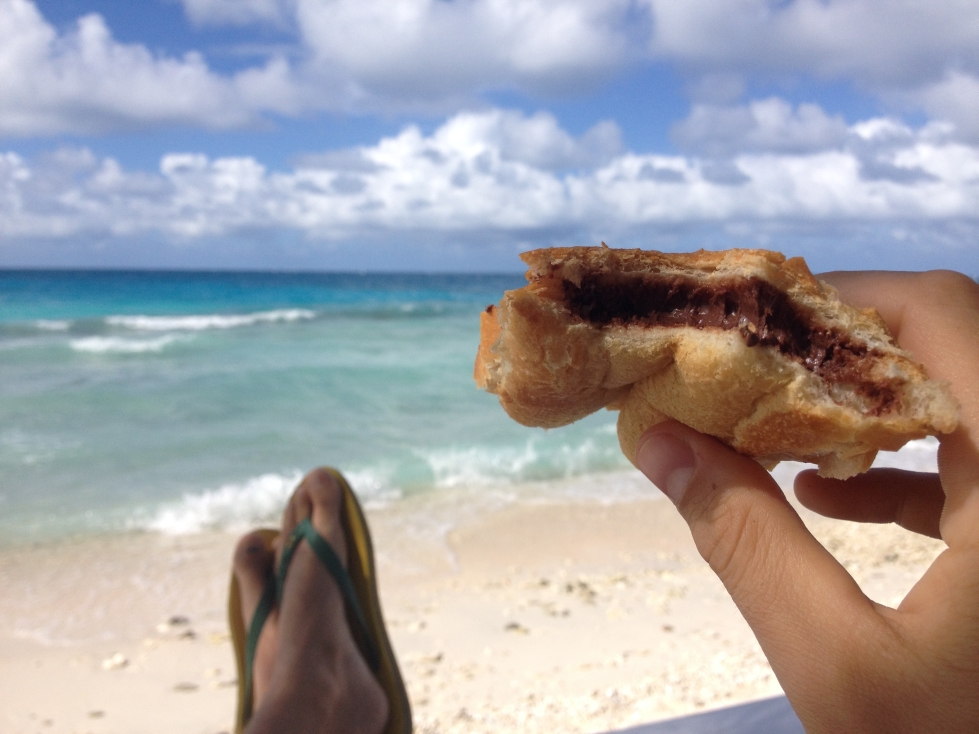 Views of our lodge and garden 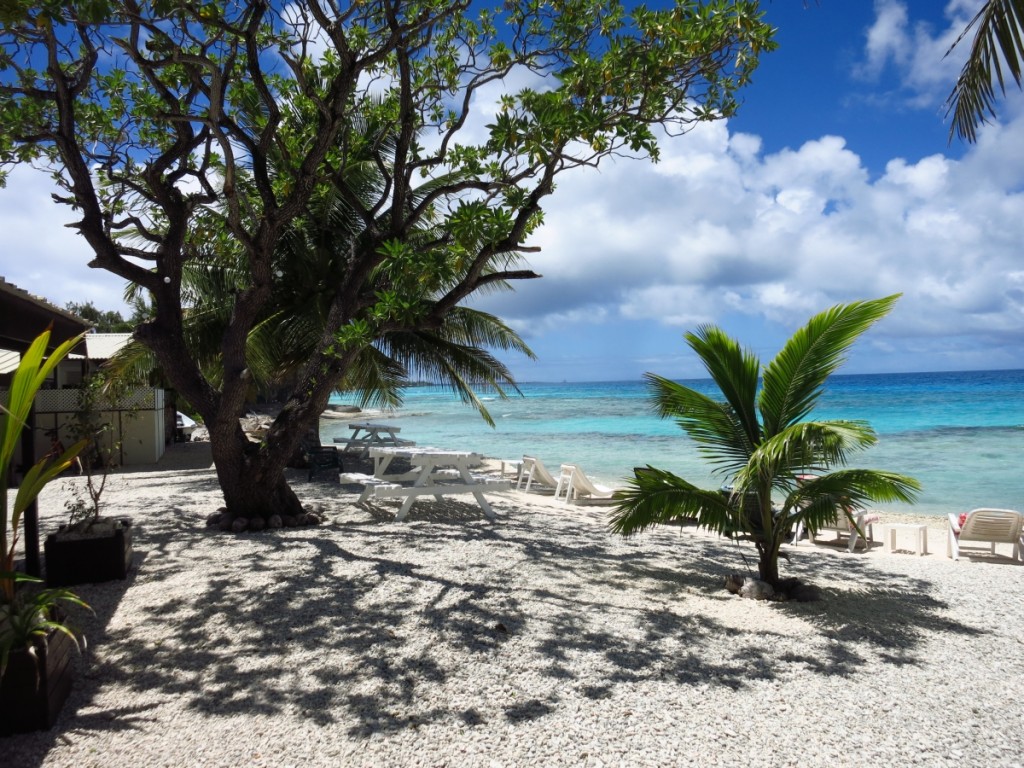 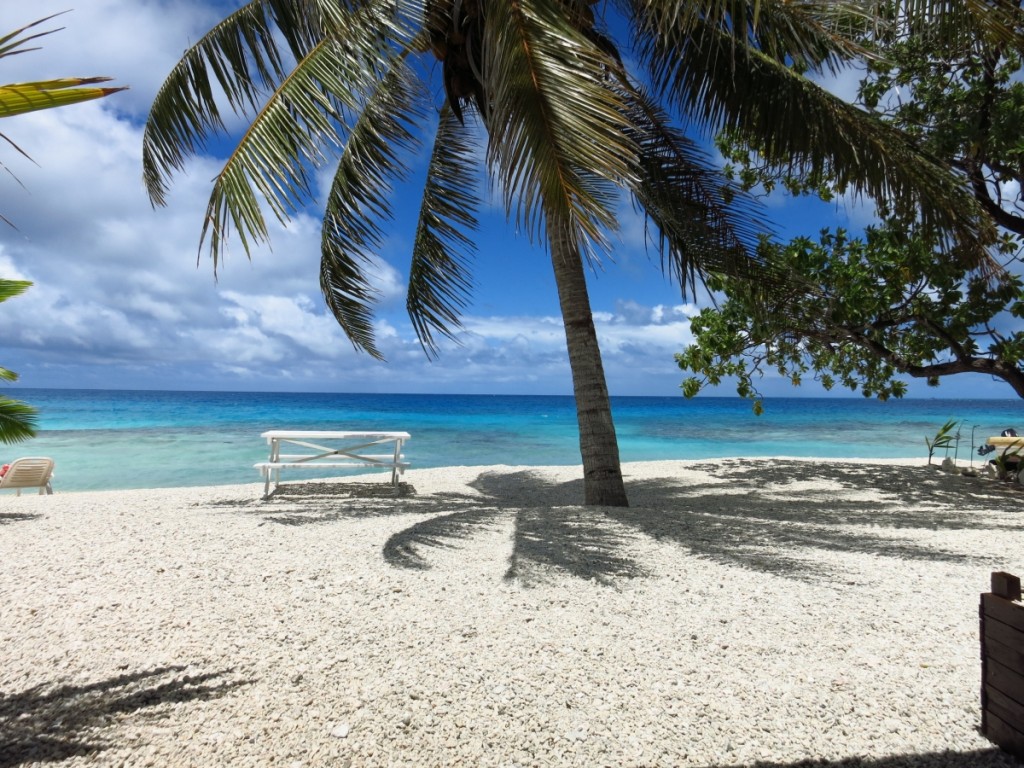 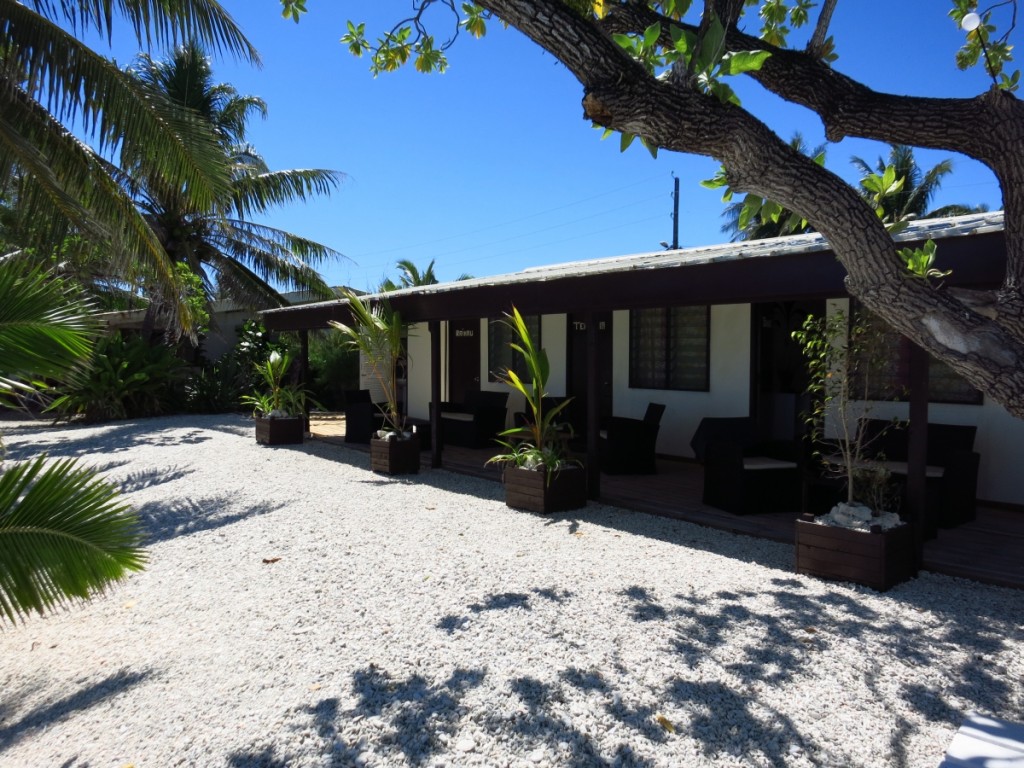 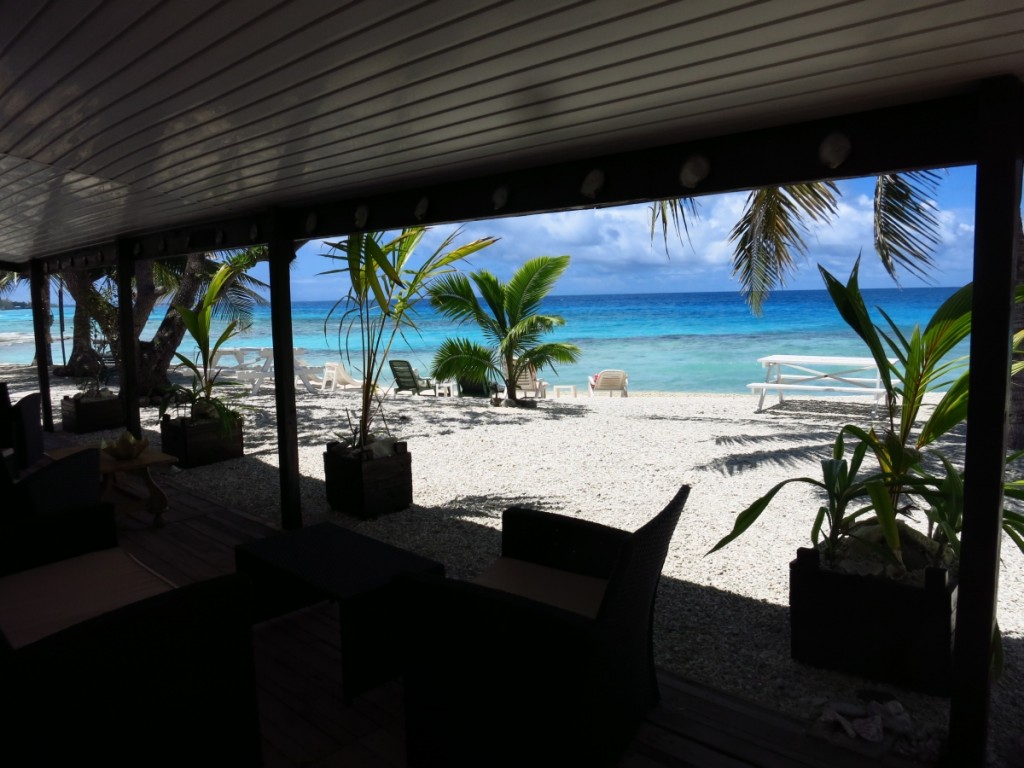