After eating freshly made donuts from a real donut factory, we went for a MLB (Major League Baseball) game: Atlanta Braves vs. Chicago Cubs. Tens of thousands went on a pilgrimage to the stadium. A brutal sports event. First thing to do as soon as you enter the stadium is buying a 710 ml can (oh yeah everything is big in America) of Coors Light (cheapest beer in America, but still 9,75 US$ in the stadium). The atmosphere was amazing. But see yourself: 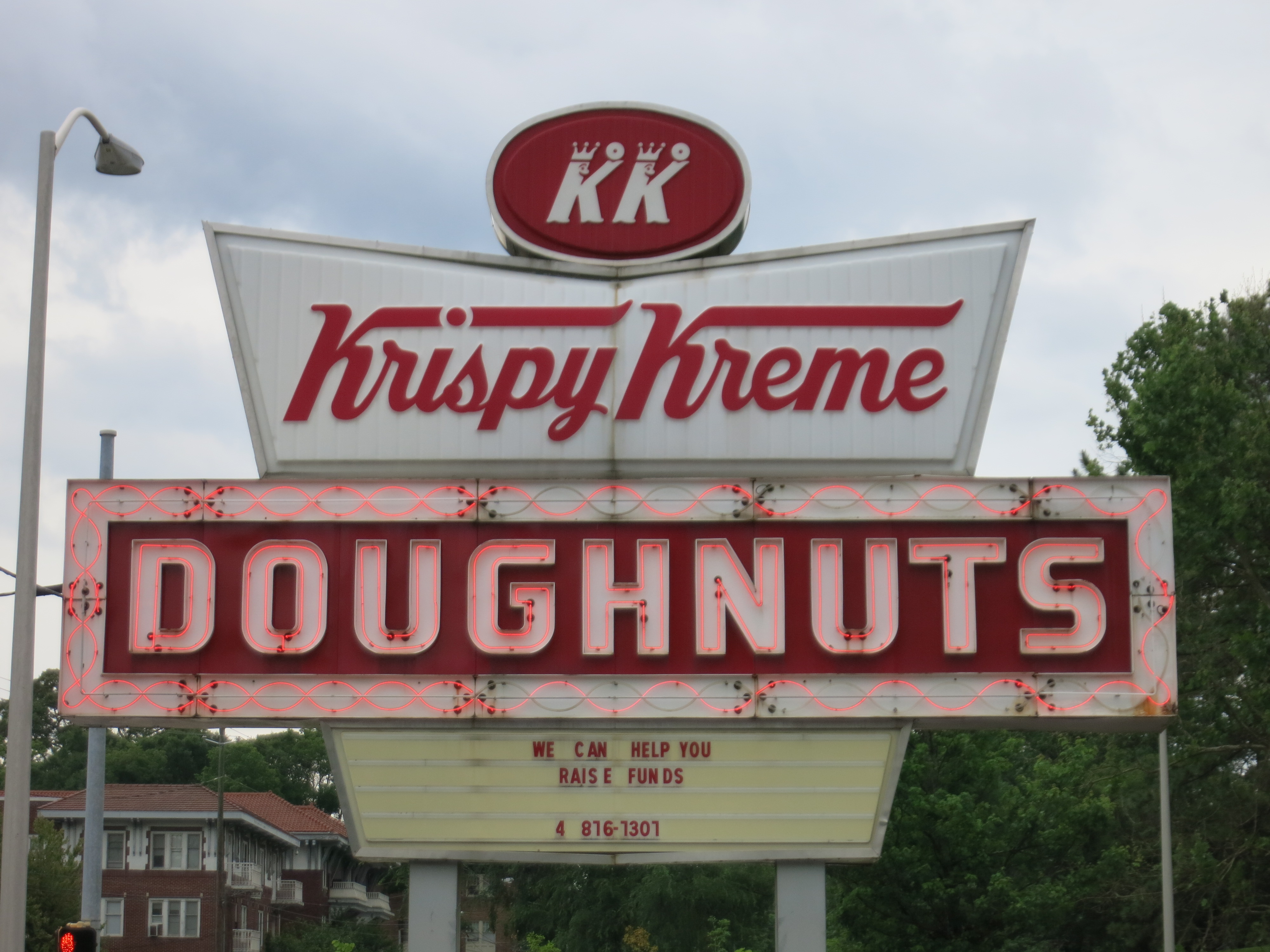 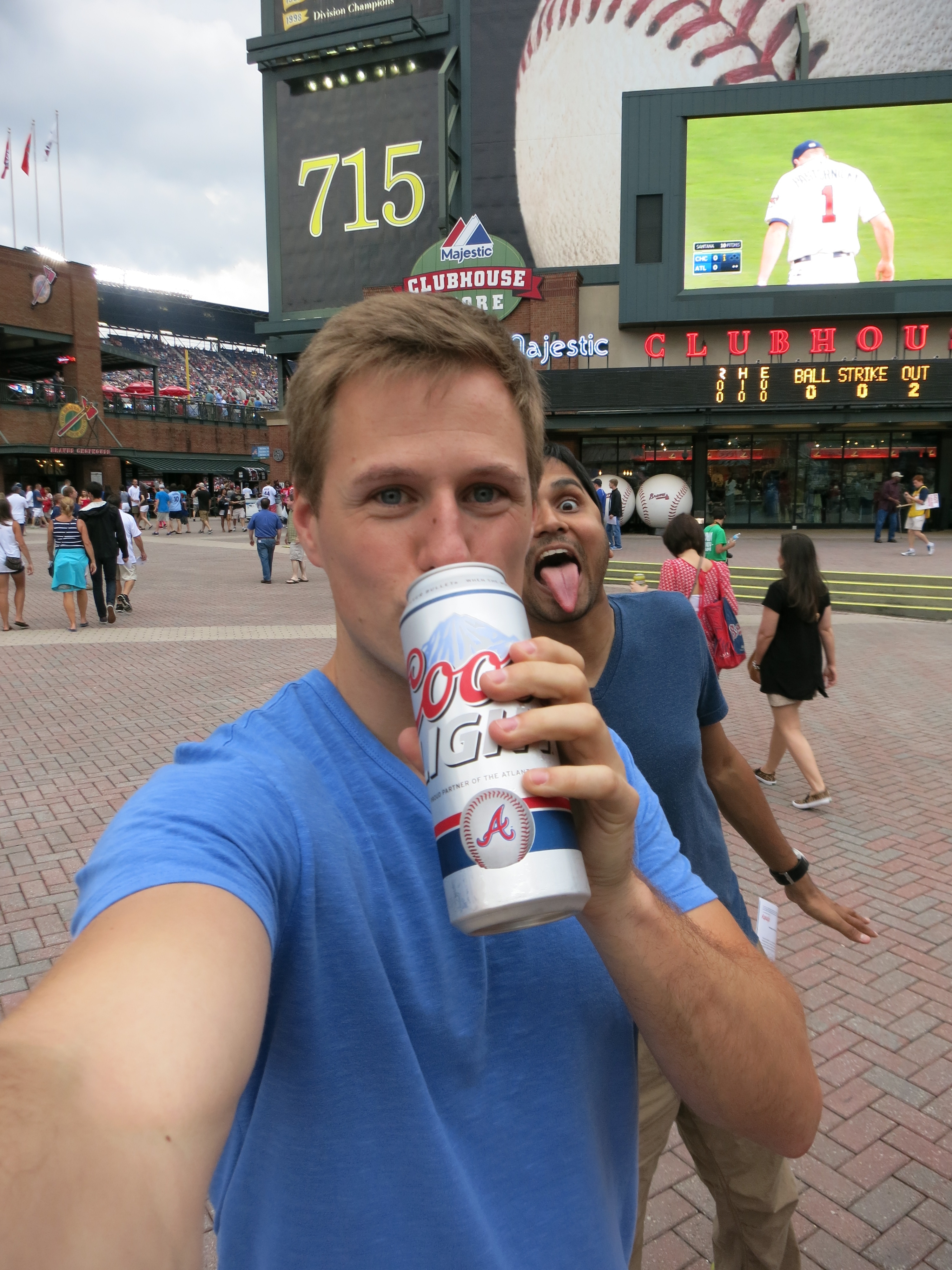 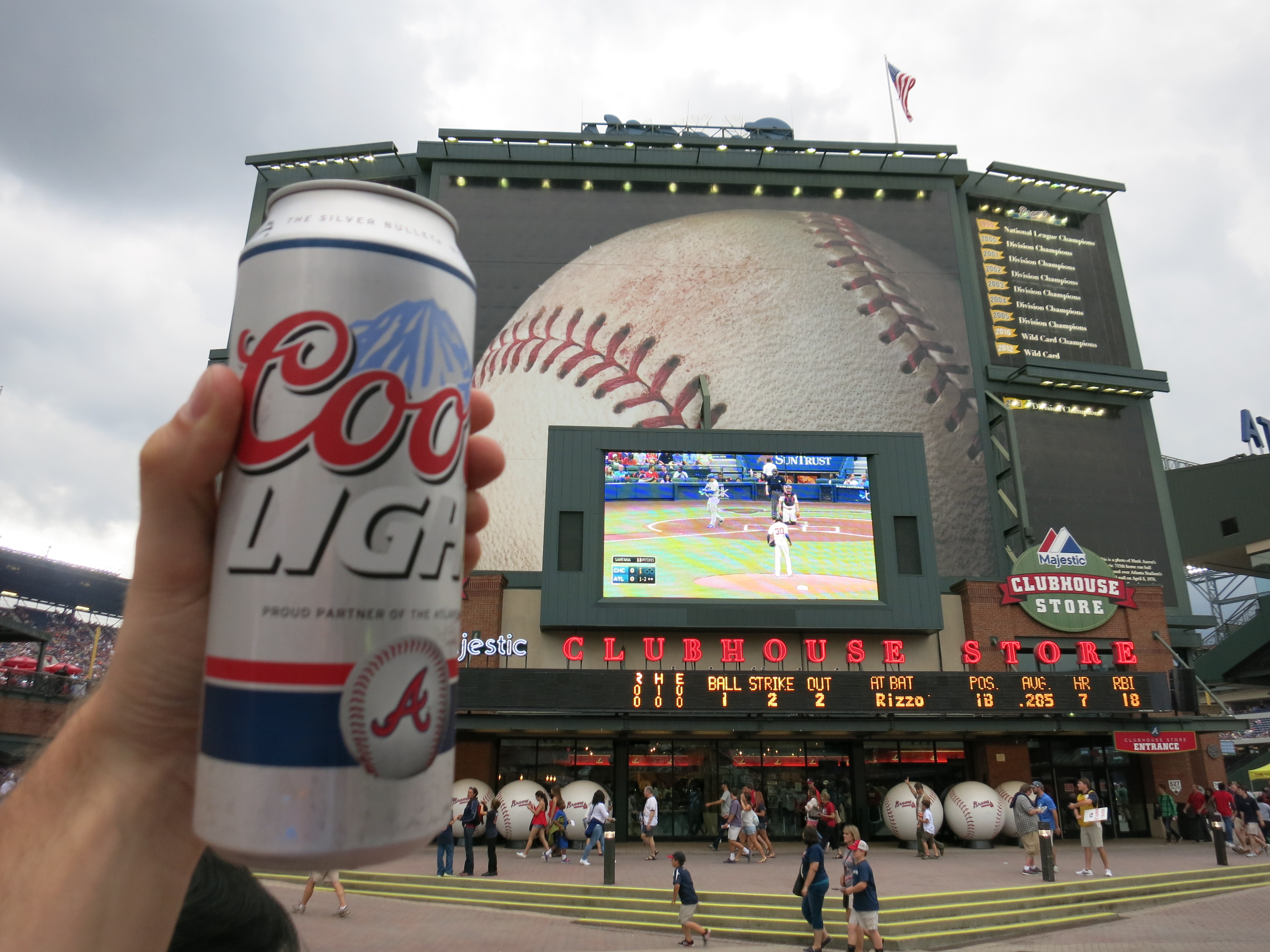 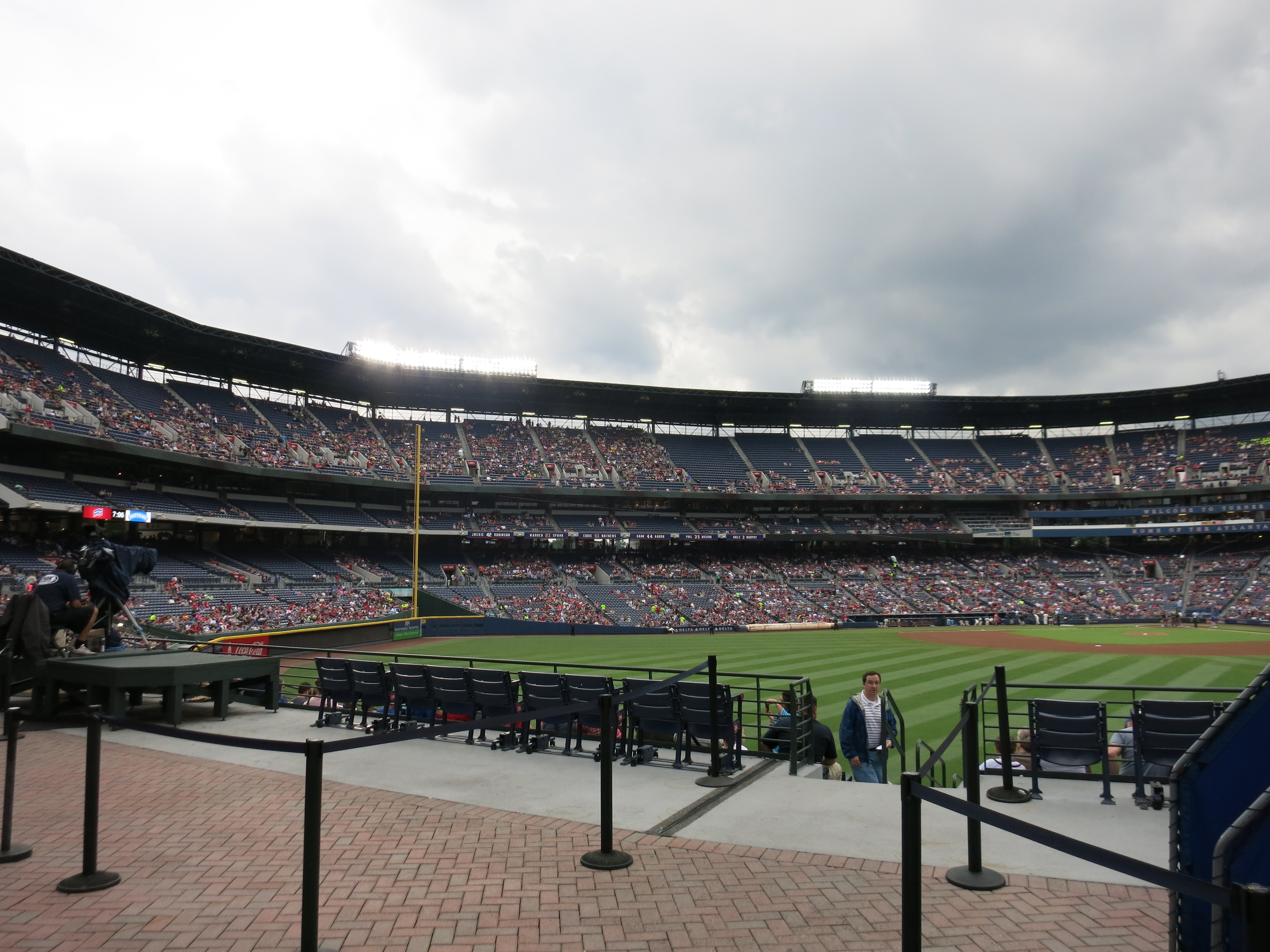 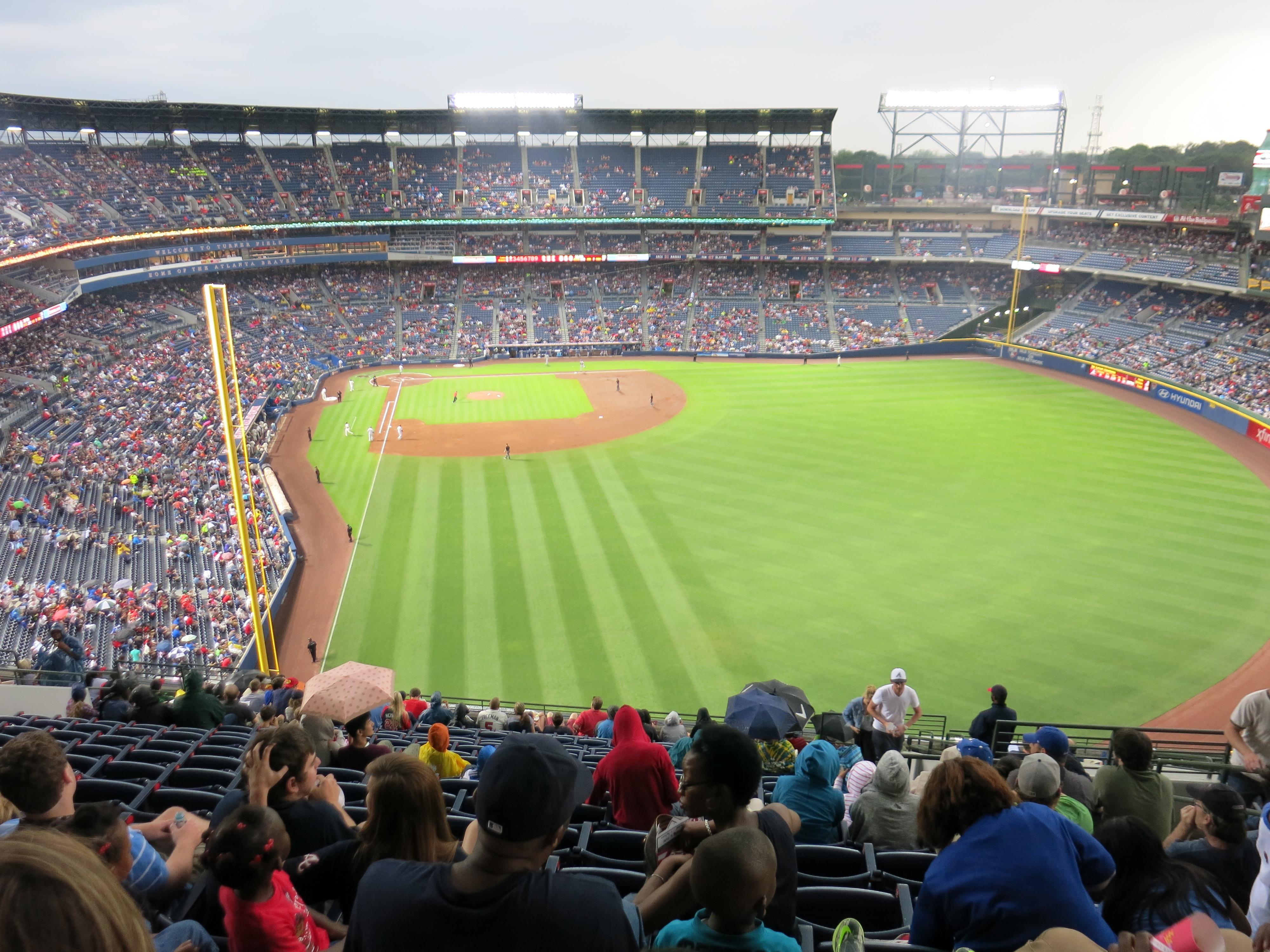 After watching the game for 15 minutes it started to rain. They stopped the game and covered the playground. In our hopes we waited for another 30 minutes without any change of the weather therefore we left the stadium for south indian food. 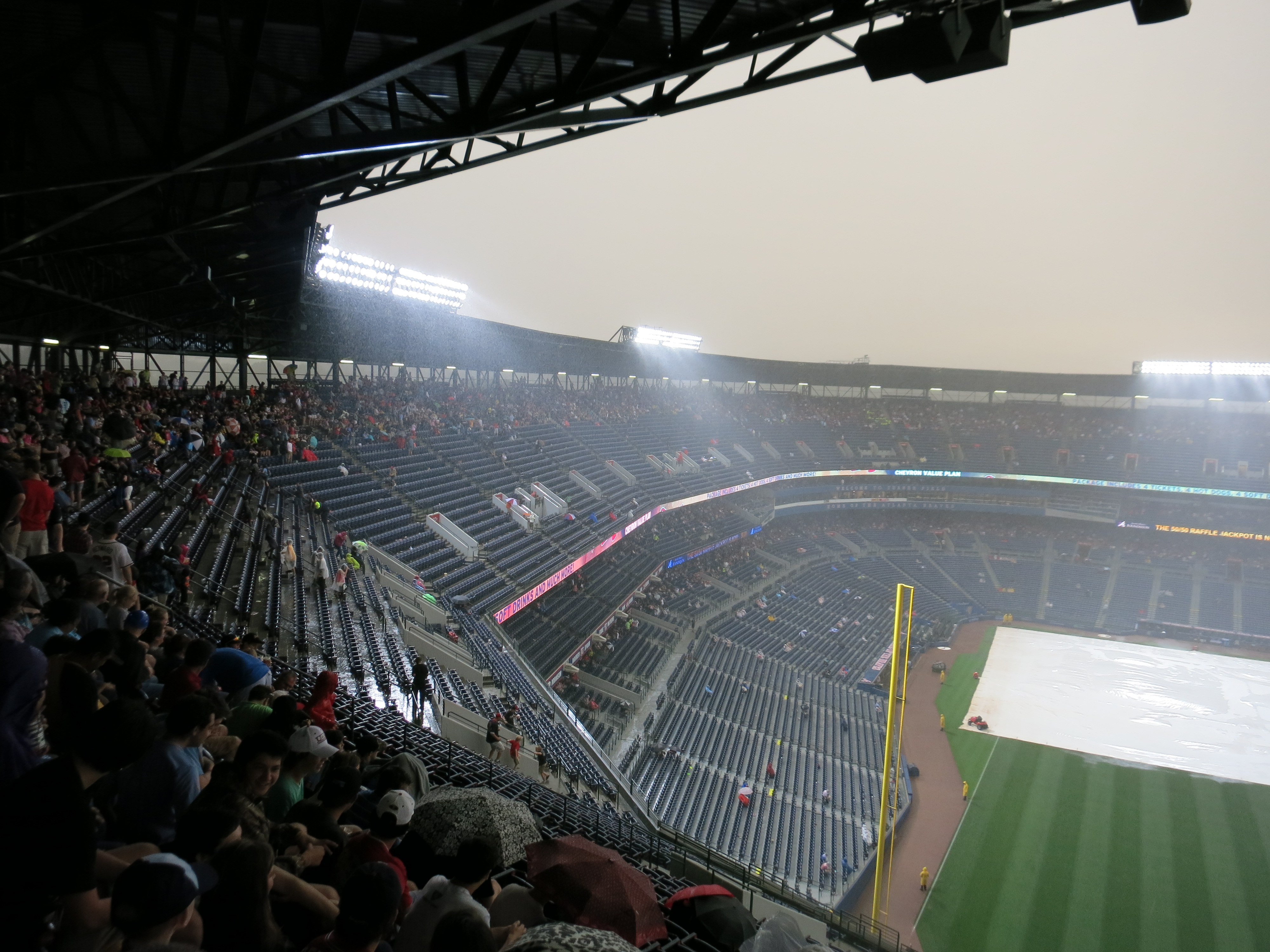 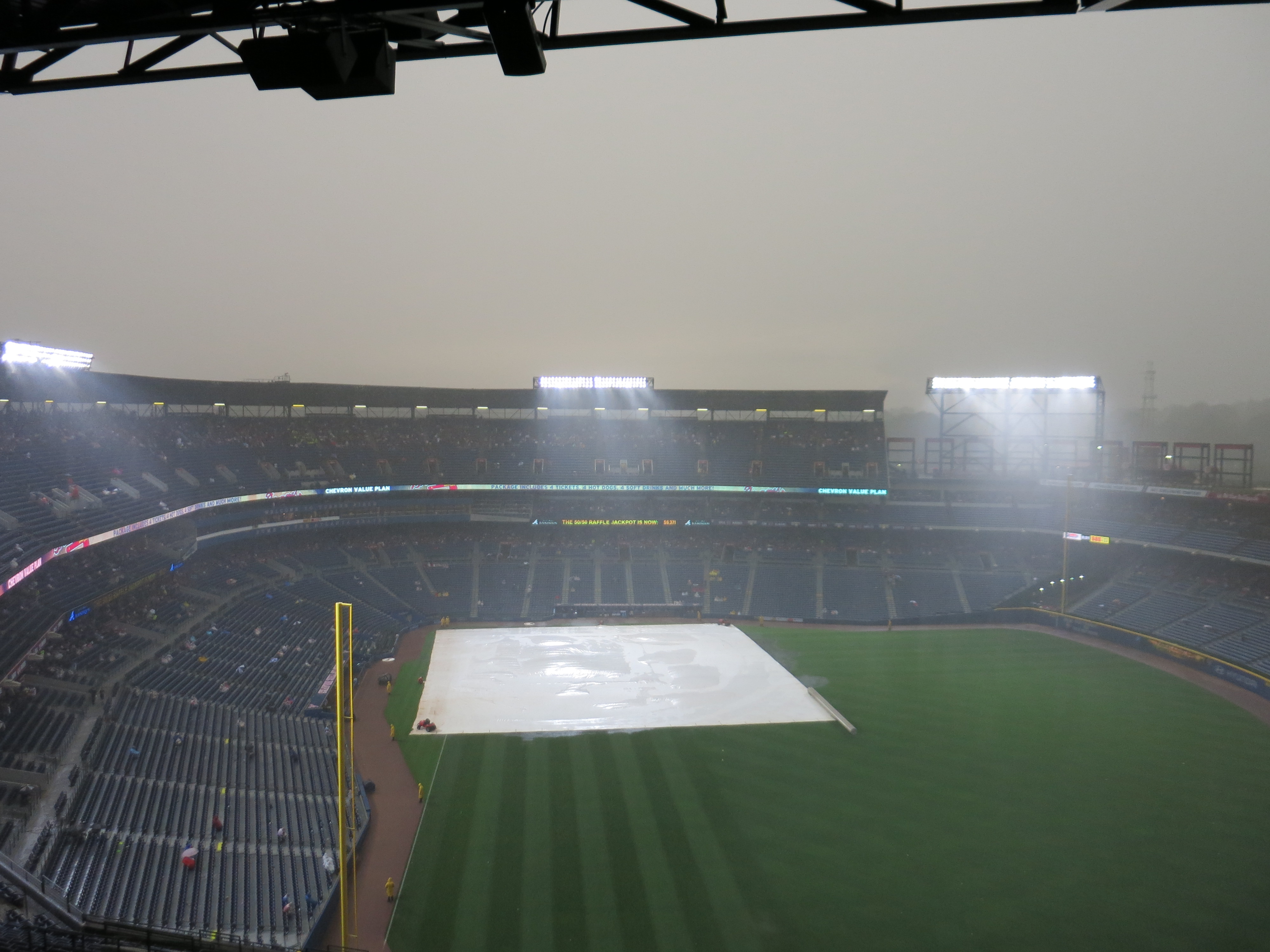 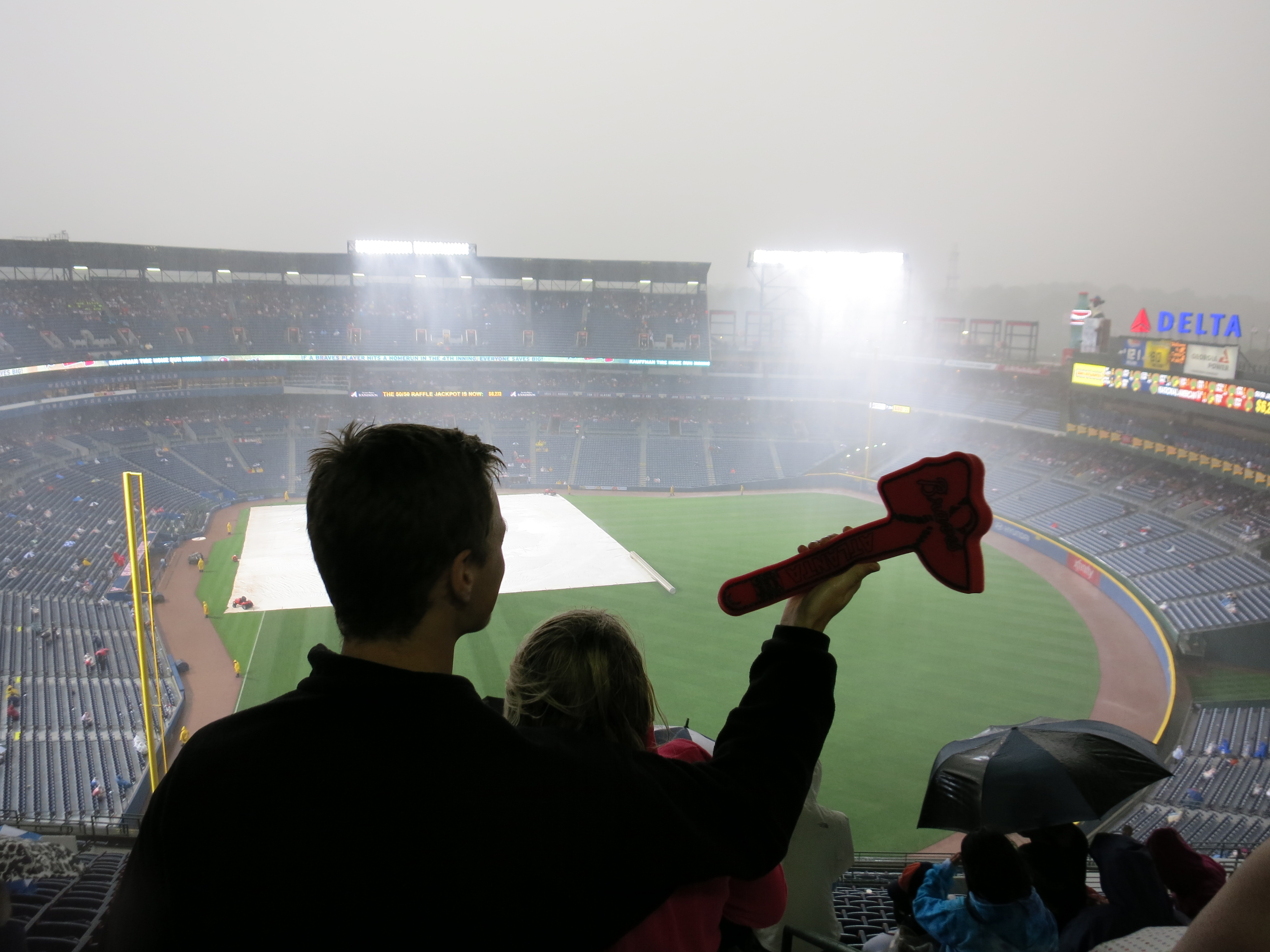 Departing from San Juan with a short stop over in Fort Lauderdale we arrived in Atlanta today. Atlanta is not only the beautiful Coca Cola city and home to the world famous Braves but also the place where mankind build the greatest shoe wall ever (see picture below).

On our first day we went to an Areal called Atlantic Station for some shopping, unfortunately with little success (only one T-shirt for Niels). In the evening we aet the best pizza on planet earth. The food was very authentic and the atmosphere was great.

The next day we went to stone mountain. It’s the worlds biggest granite rock (everything is big in America). After hiking we had to eat a lot because Raghavs goal was to make us never forget about the food in Atlanta. This time it was really good north indian food. In the evening we went out with some friends of Raghav and Rakshita for some Moscow Mules. Of cause we ended up eating indian food again 🙂

The following days we explored the city of Atlanta which is very green, clean and most of the time sunny. There are lots of parks around. And of course we had a lot of food everyday (recommendations "Bhojanic" for north indian food, "Madras Bhavan" for south indian food, "Farmburger" for Burger 😉 Eva tried a special American mixture it´s called "Coke float": a mix of ice cream and coke. 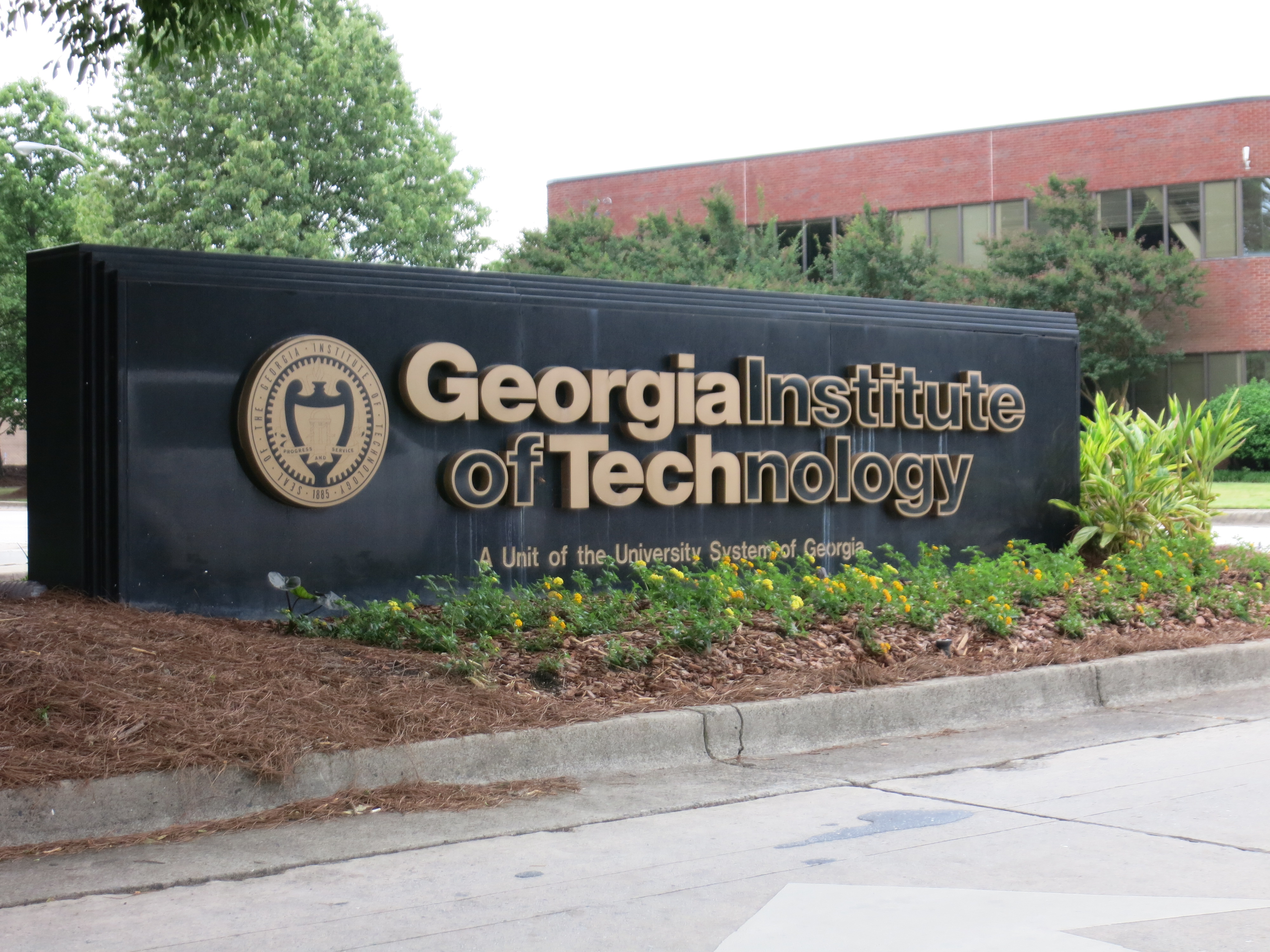 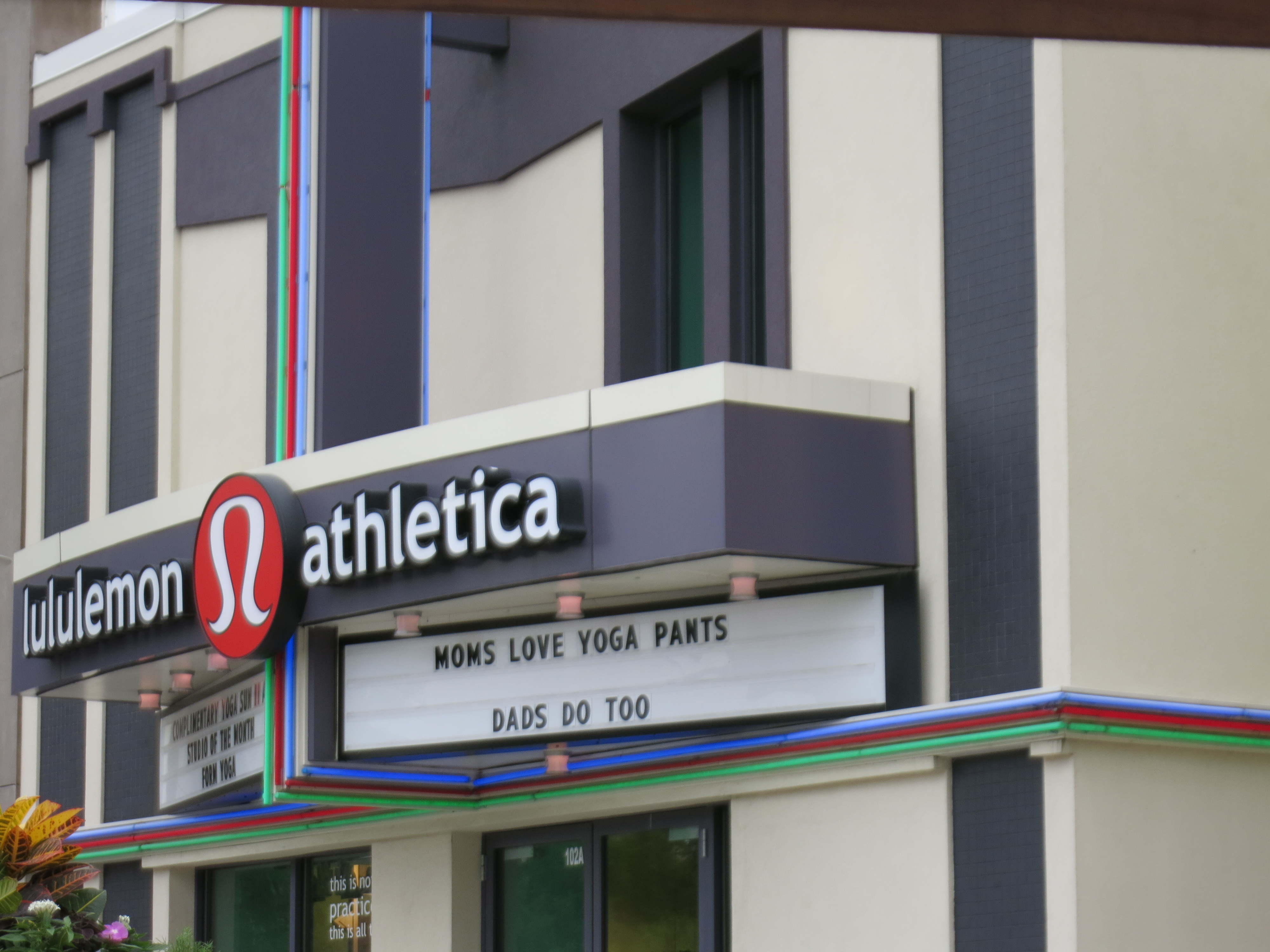 View from the top of stone mountain 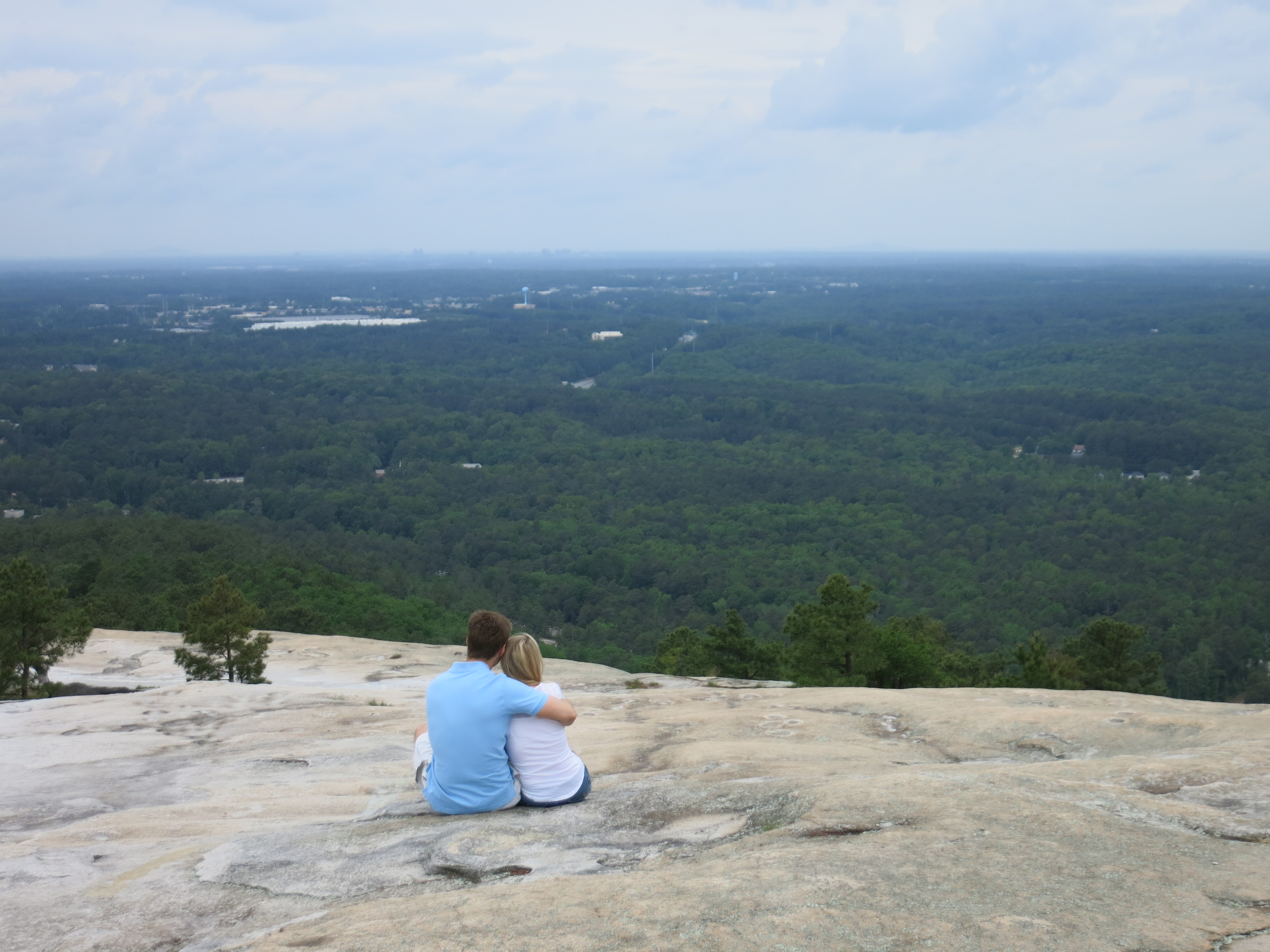 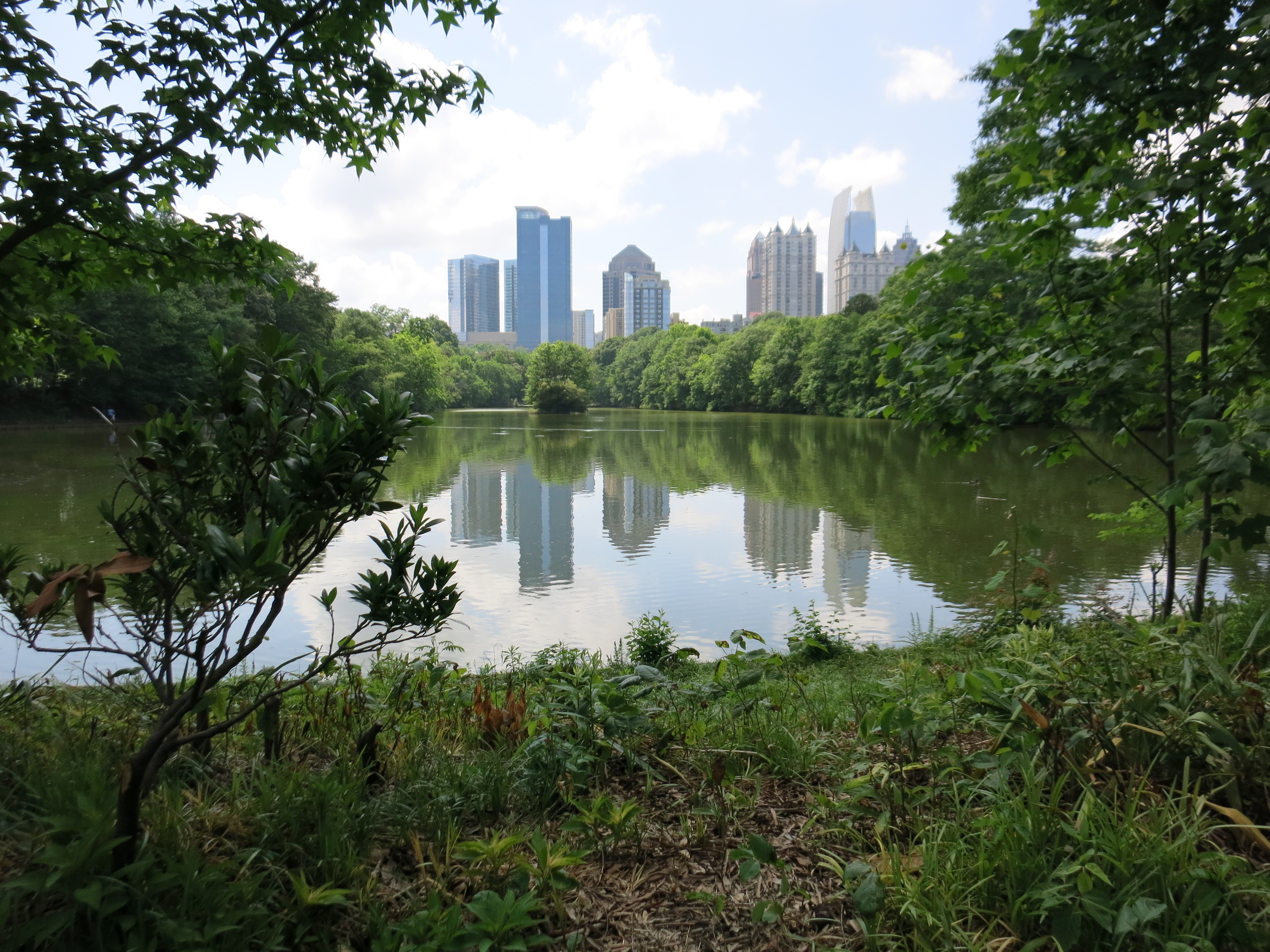 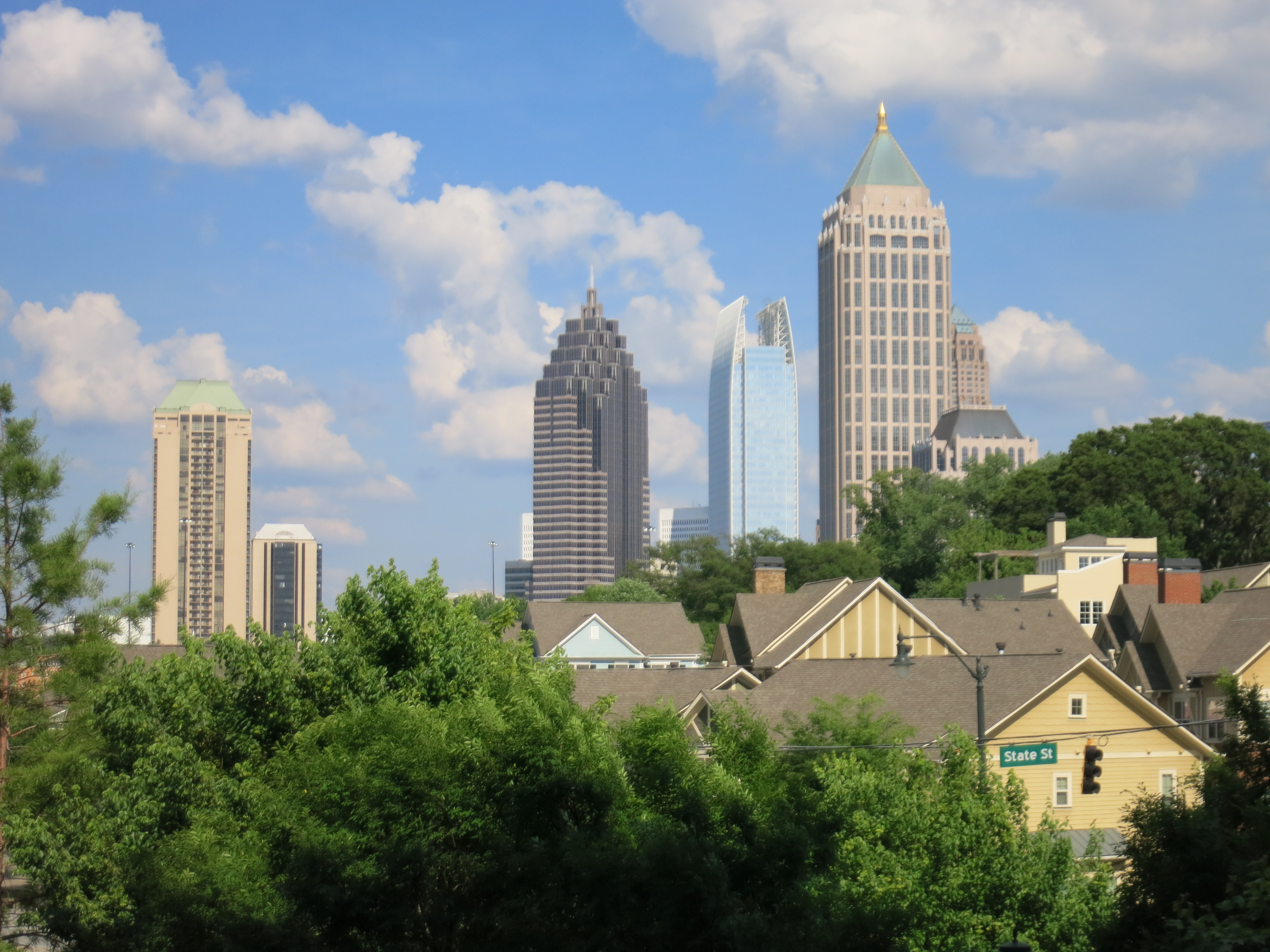 Nice view from the balcony of Raghav and Rakshita 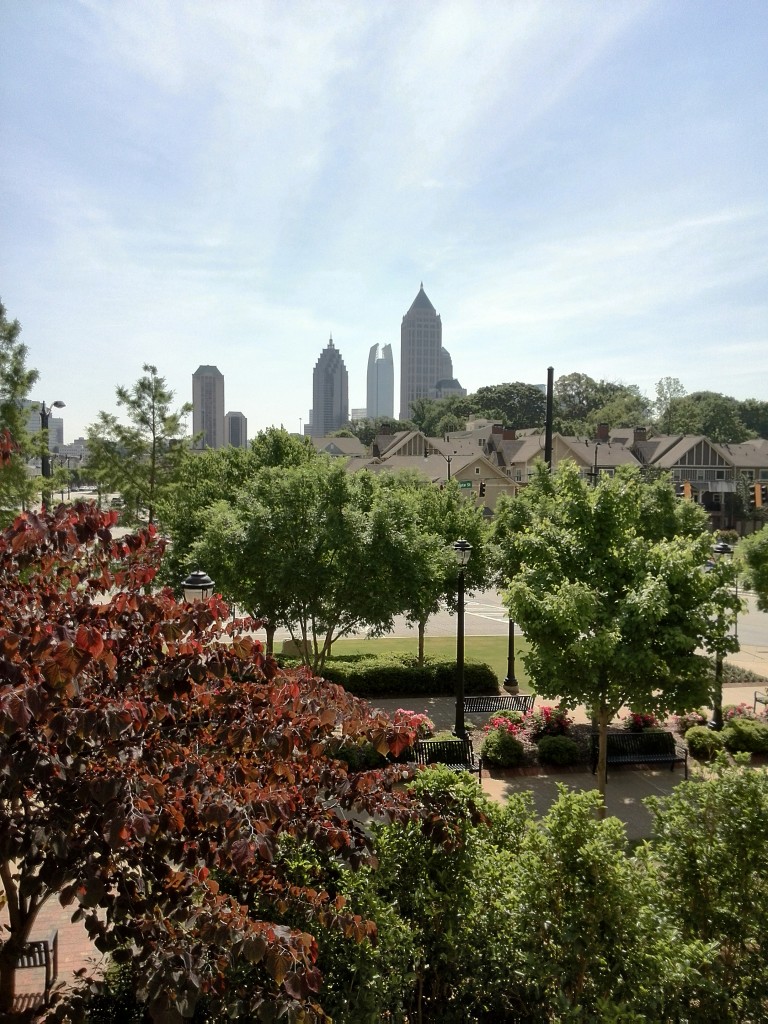