Arriving in Belize in the town of San Ignacio we experienced a completly different country to the rest of Central America: it is English speaking and more a Caribbean nation than  Latin. On the other hand, it has plenty of distinctively Central American characteristics. It offers a unique blend of cultures that includes, in a tiny population, people of Maya, Mestizo, African, European, Asian and Arab descent. Aside from the local Creole, Spanish is also spoken throughout the country.

We stayed in a very basic Ecolodge with dumping toilets and a lot of "small scale" animals (see below). Again Niels and I were lucky because we had a bathroom in our small house which originally was a honey moon suit and further in the forest than the rest of the houses.

Belize is famous for cave adventures, therefore we singned in for the most extreme one in Belize, the Crystal Cave: a challenge for our physical fitness and our spirit of adventure. From the Ecolodge it’s a 1 ½ drive to the Blue Hole National Park. After arriving there the tour starts with a 50 minute hike through lush rainforest and steep terrain which was considered challenging by most already. Arriving at the entrance of the cave it’s a 15-foot steep climb down into the mouth of the Crystal Cave where we entered the underworld of Xibalba (what the ancient Mayas believed to be the domain of their gods).

The expedition took us through narrow passages to magnificent cathedral-like caverns. Along the way we have seen shimmering stalactites & stalagmites, massive crystal formations, ancient ceremonial fire pits, charcoal and ash, pottery, and other remainings of the Mayan sacrificial victims.  After a two hours hike through the cave we had to decide to go further into the stunning wonderland of the underworld or go back. All of us were haven’t had enough of caving yet and decided to go further.  The so called “Wonderland” was worth every step we made. It’s a huge hall were we had to walk barefoot or only with socks because of untouched beauty of the white crystals.

After our adventure in the Crystal Cave we had dirt all over, hiked back to the park facilities and took a refreshing swim in the cool waters of the inland Blue Hole. 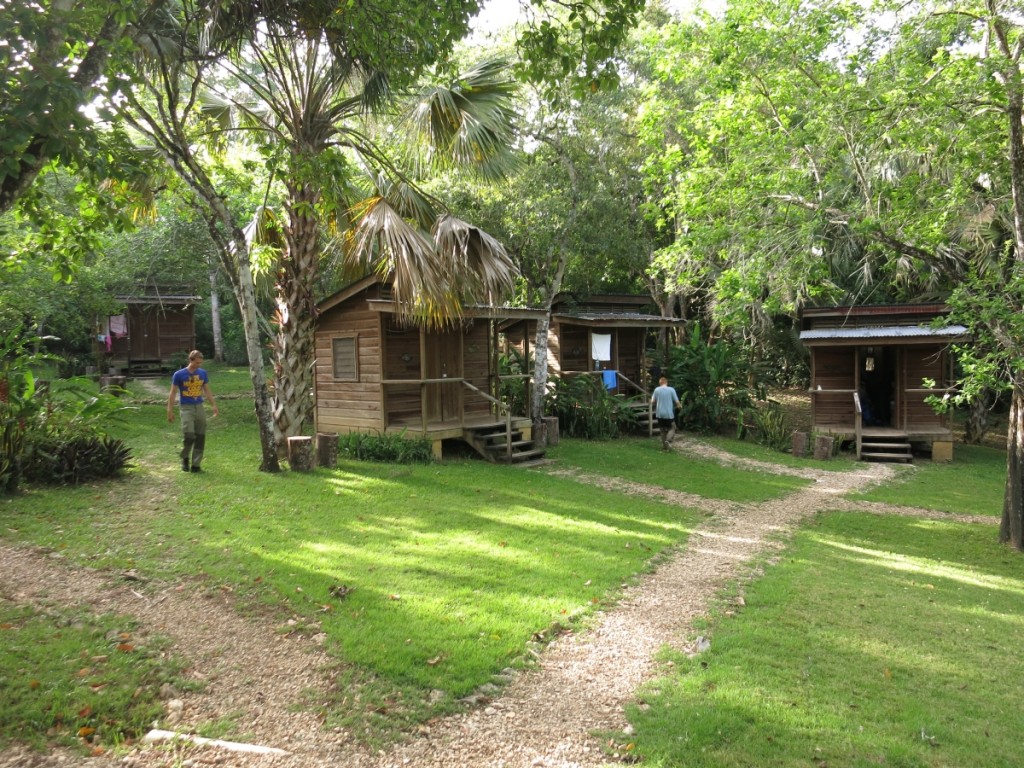 Our little friends walking around 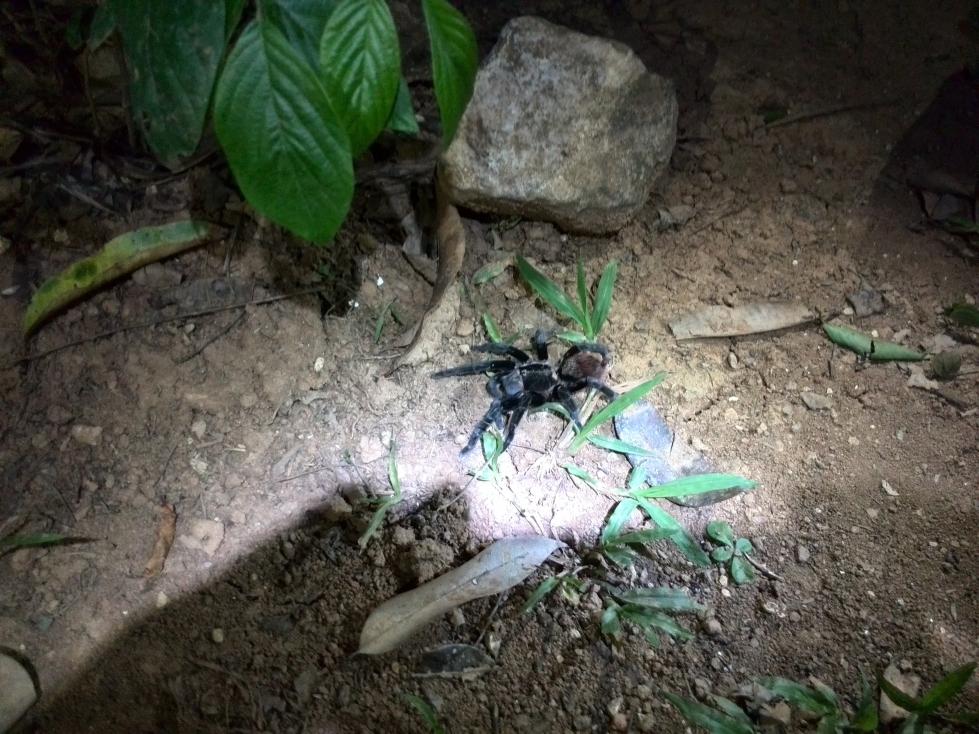 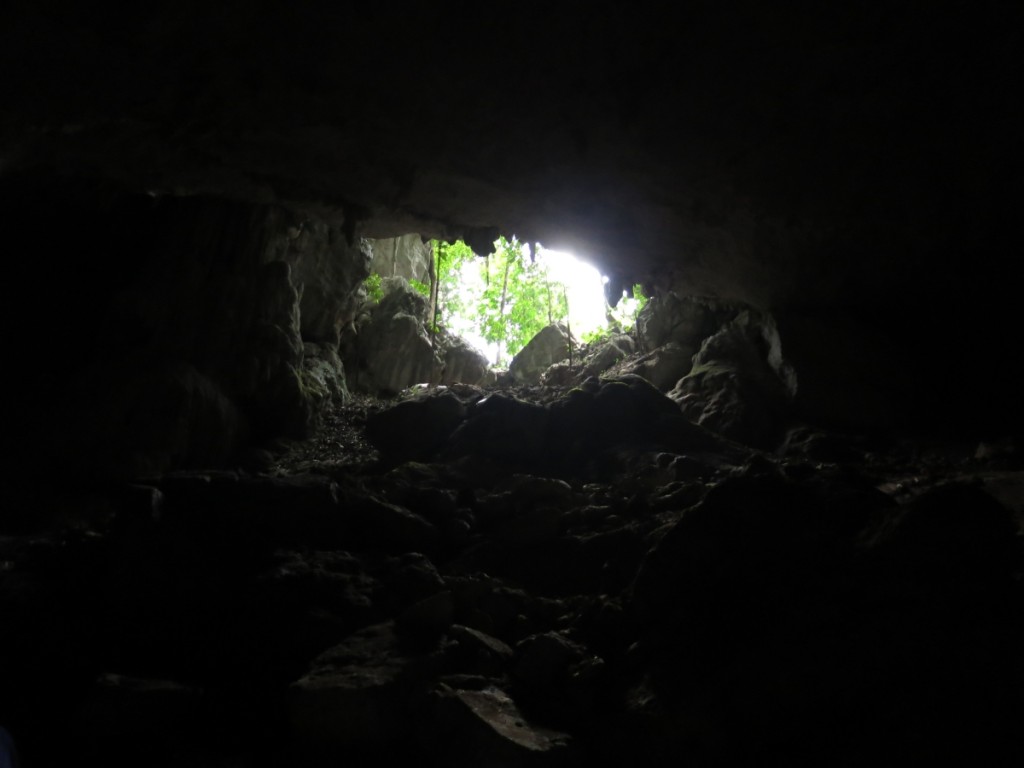 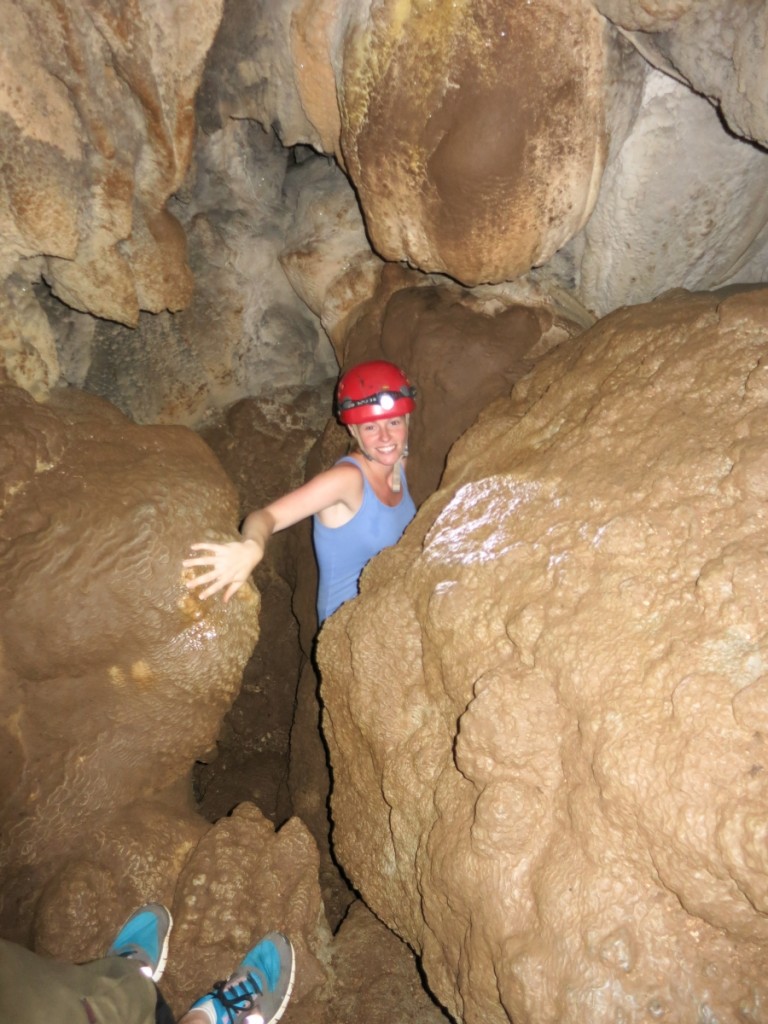 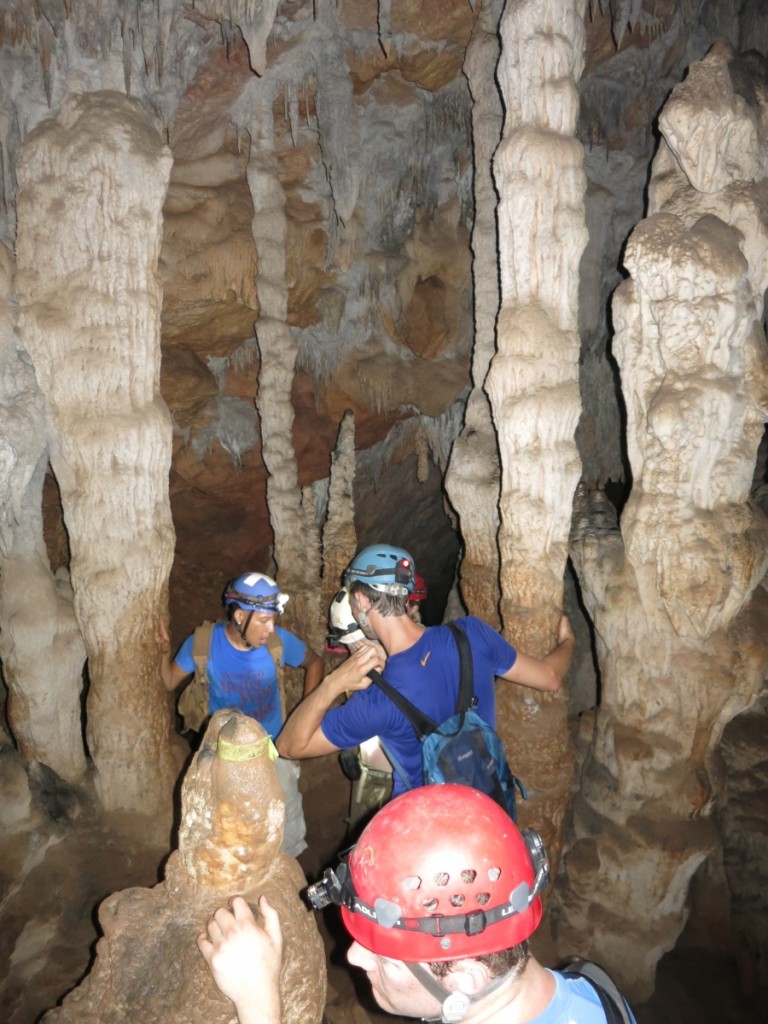 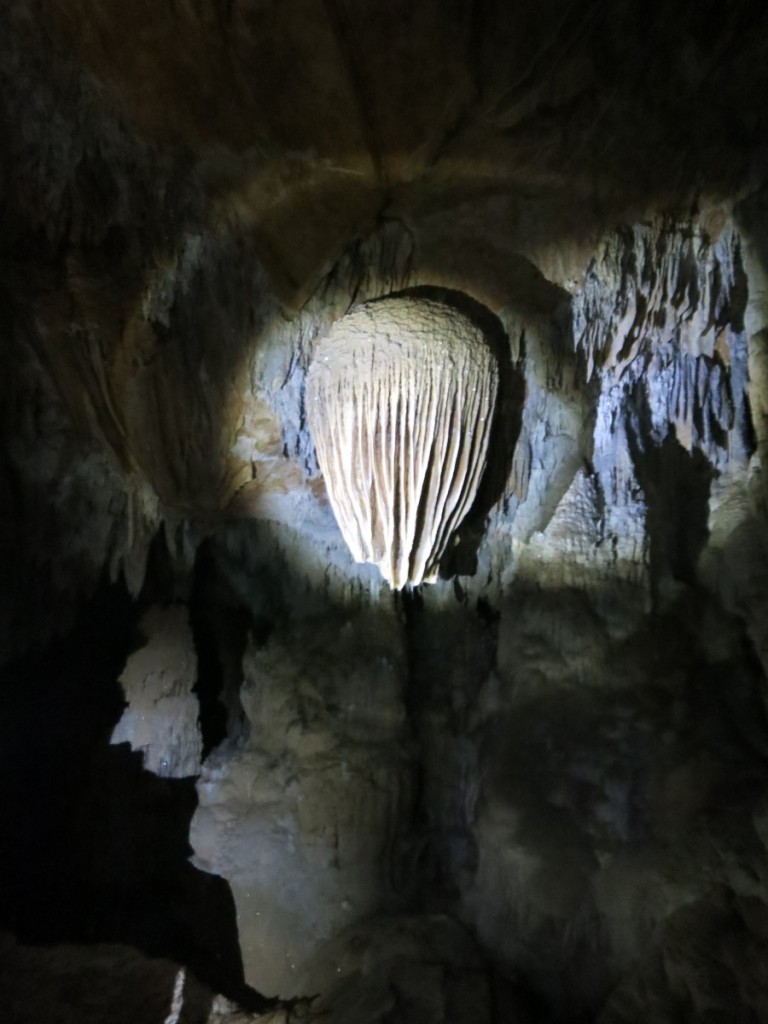 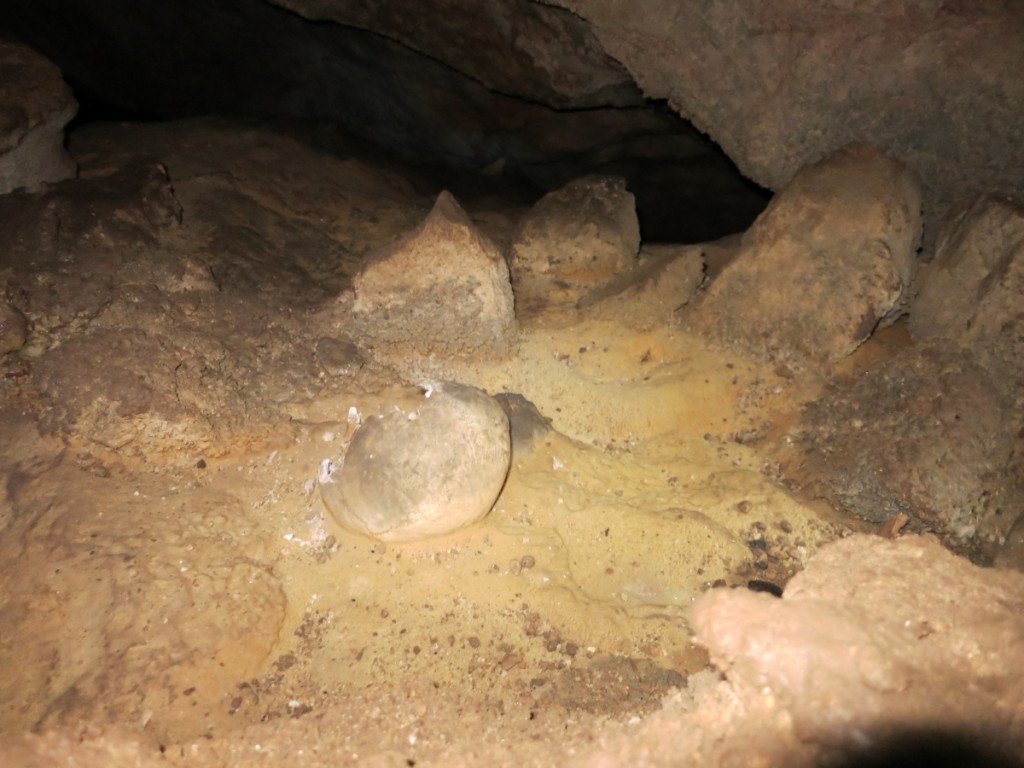 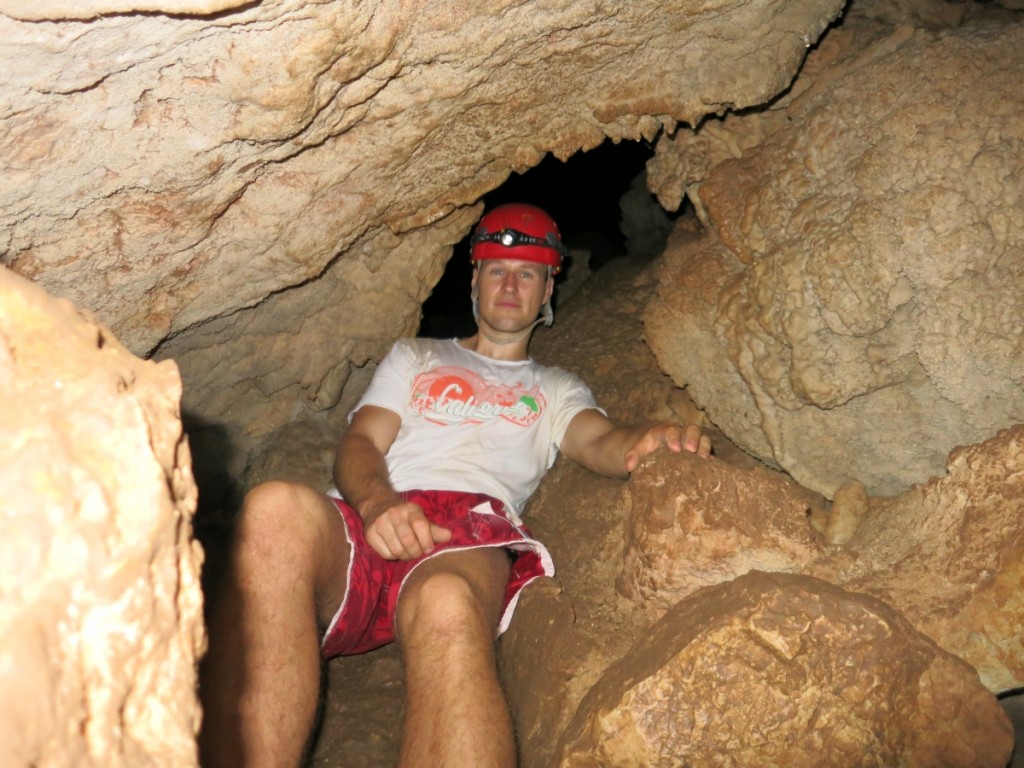 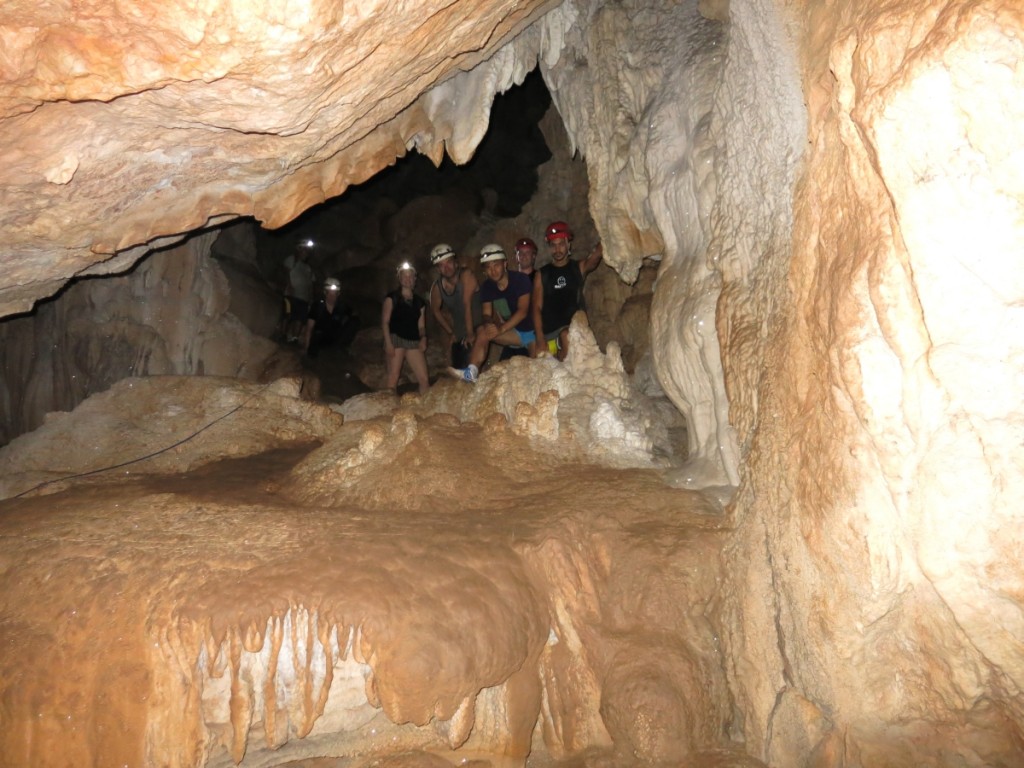 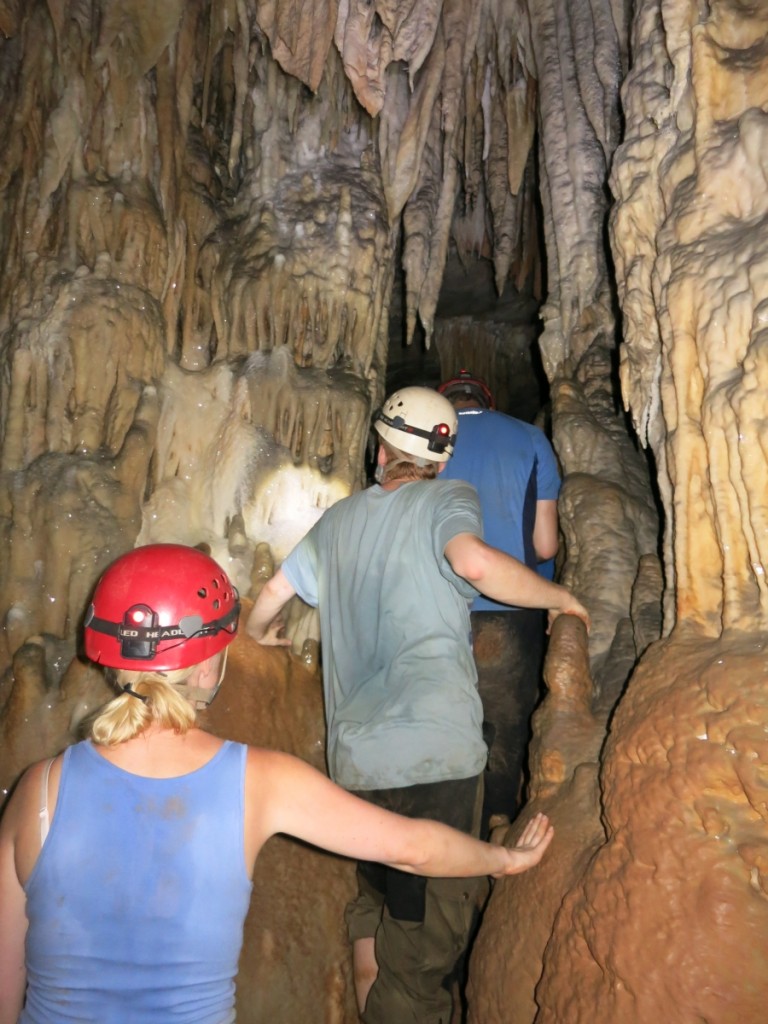 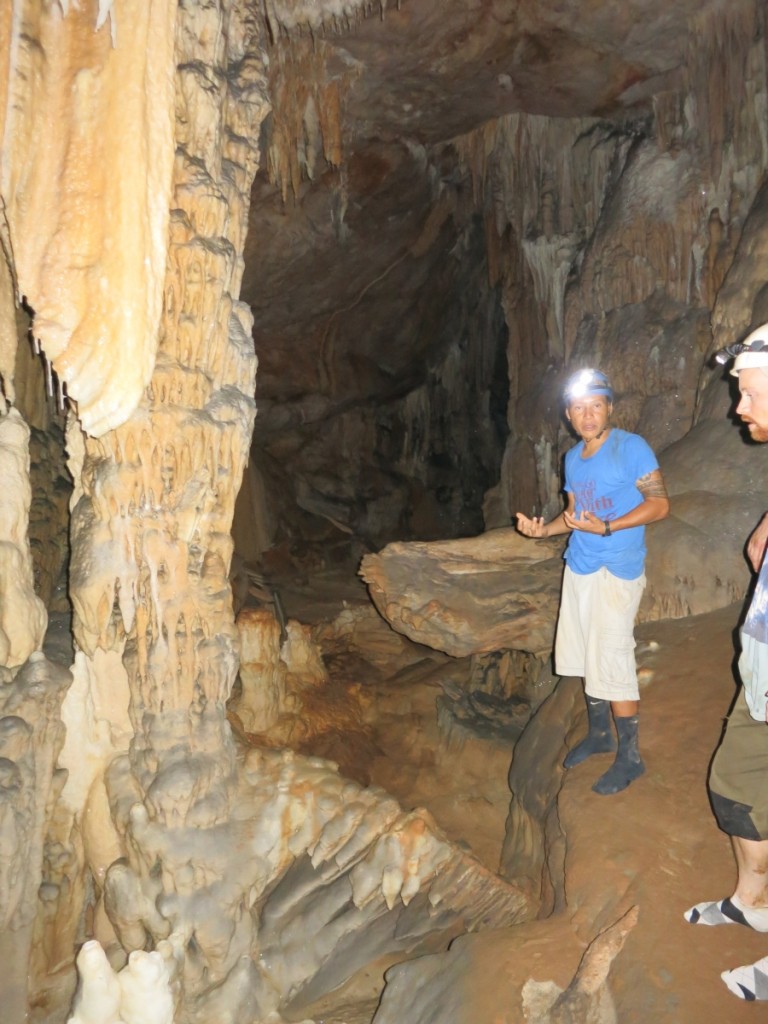 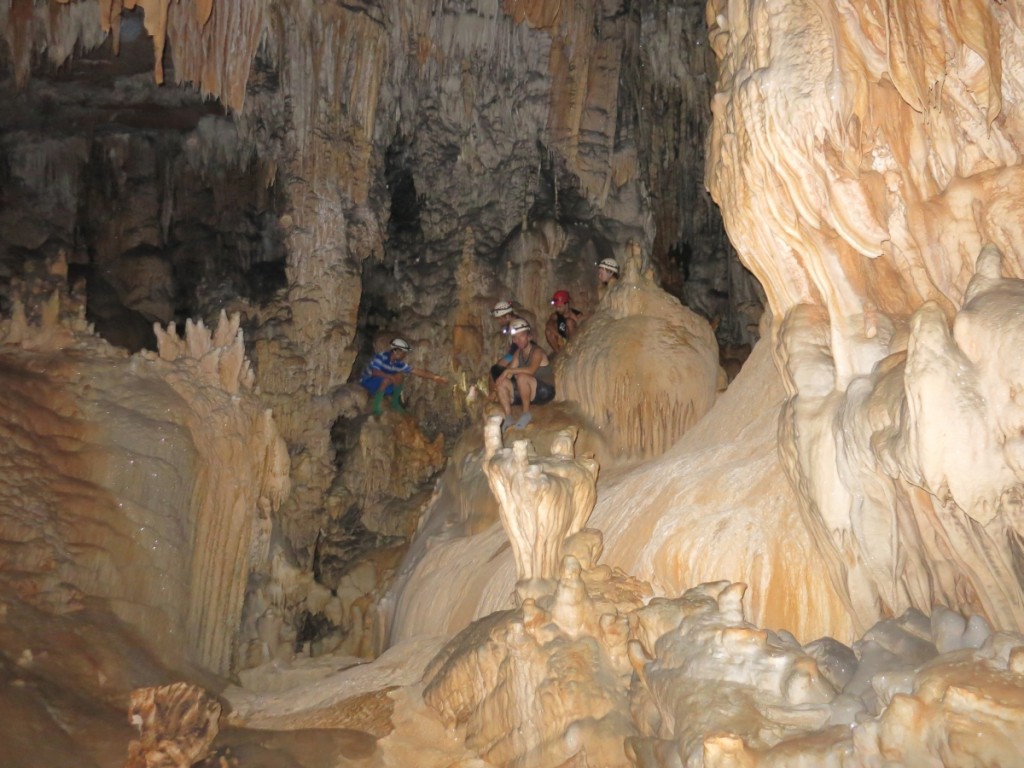 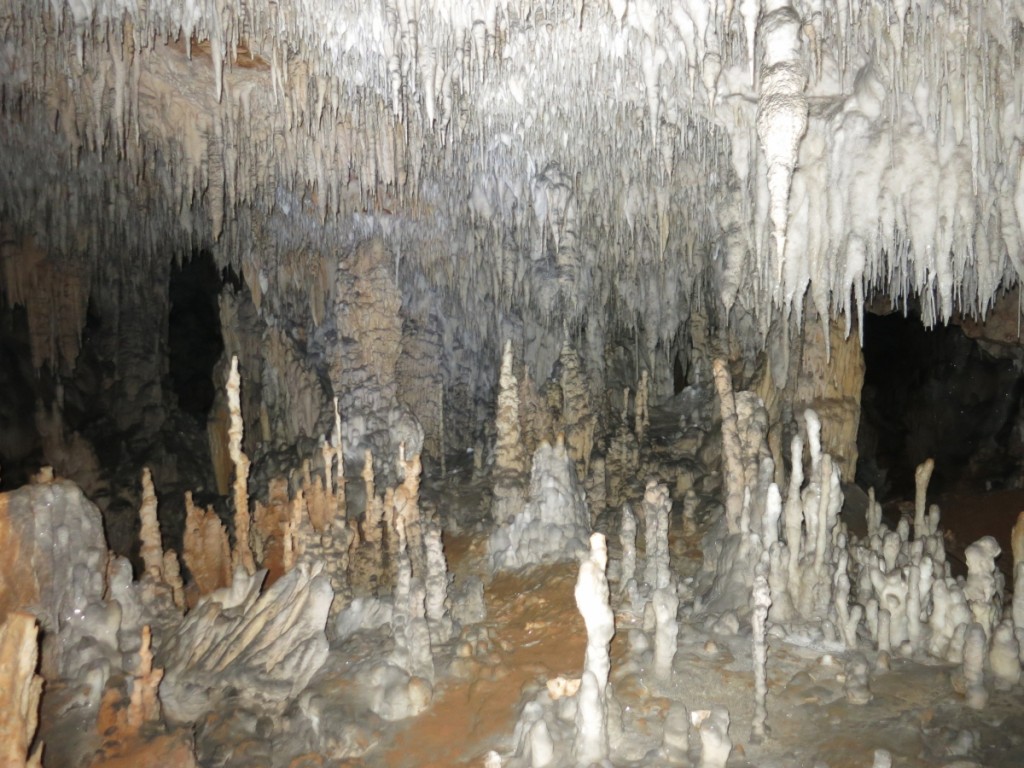 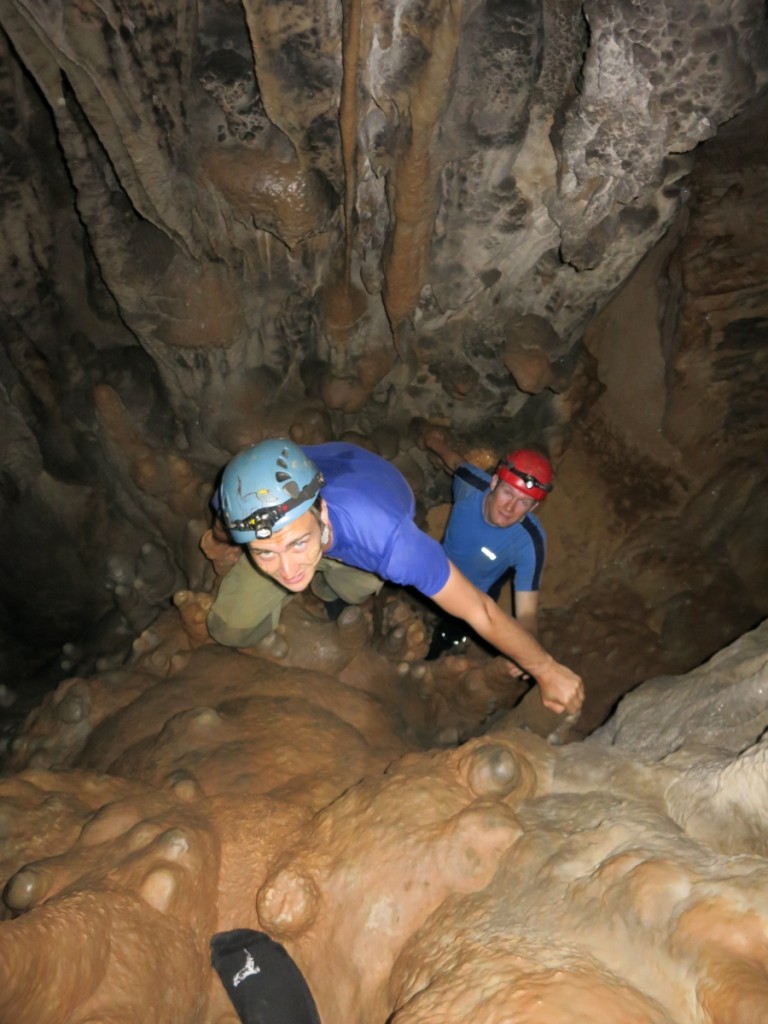 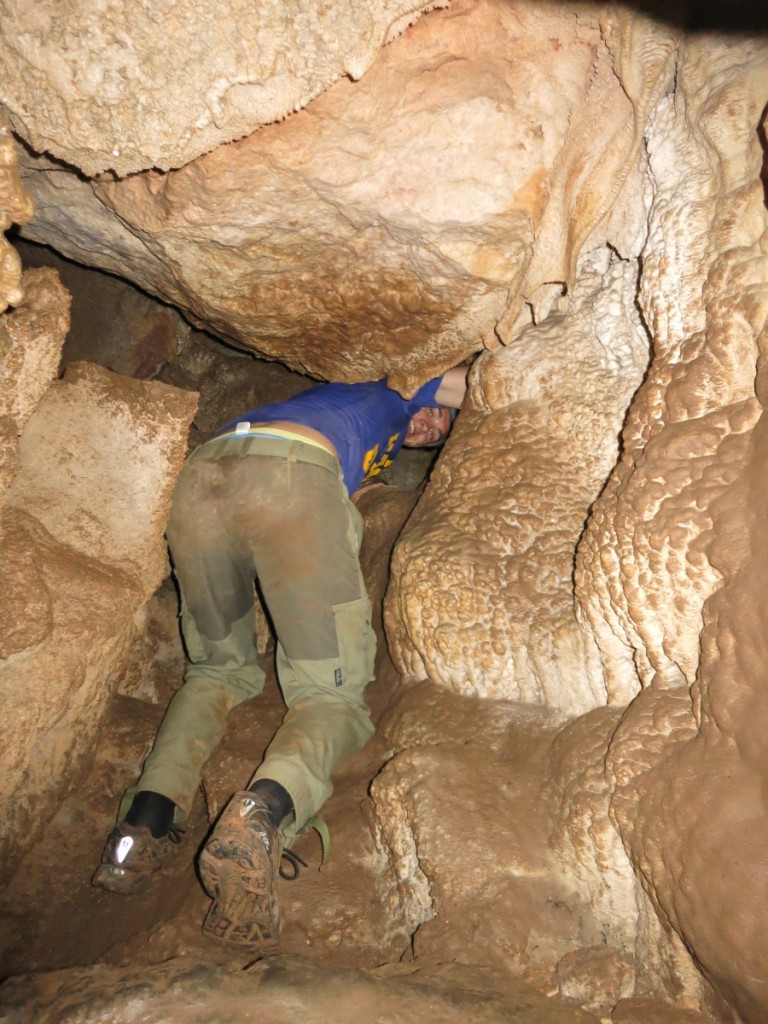 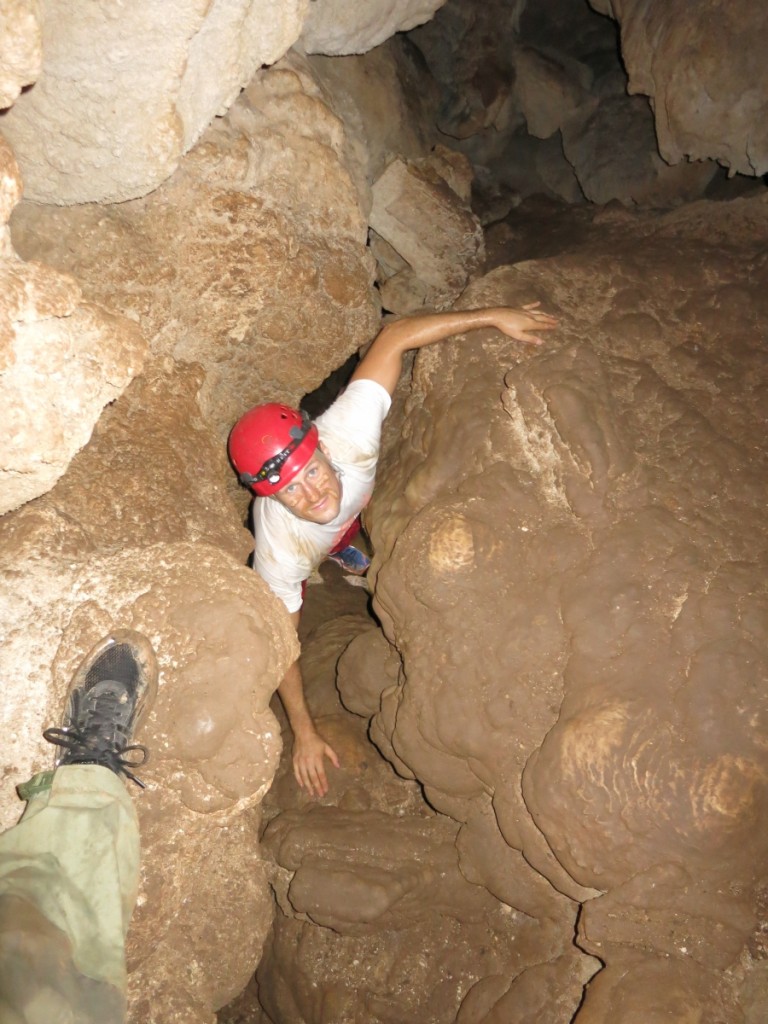 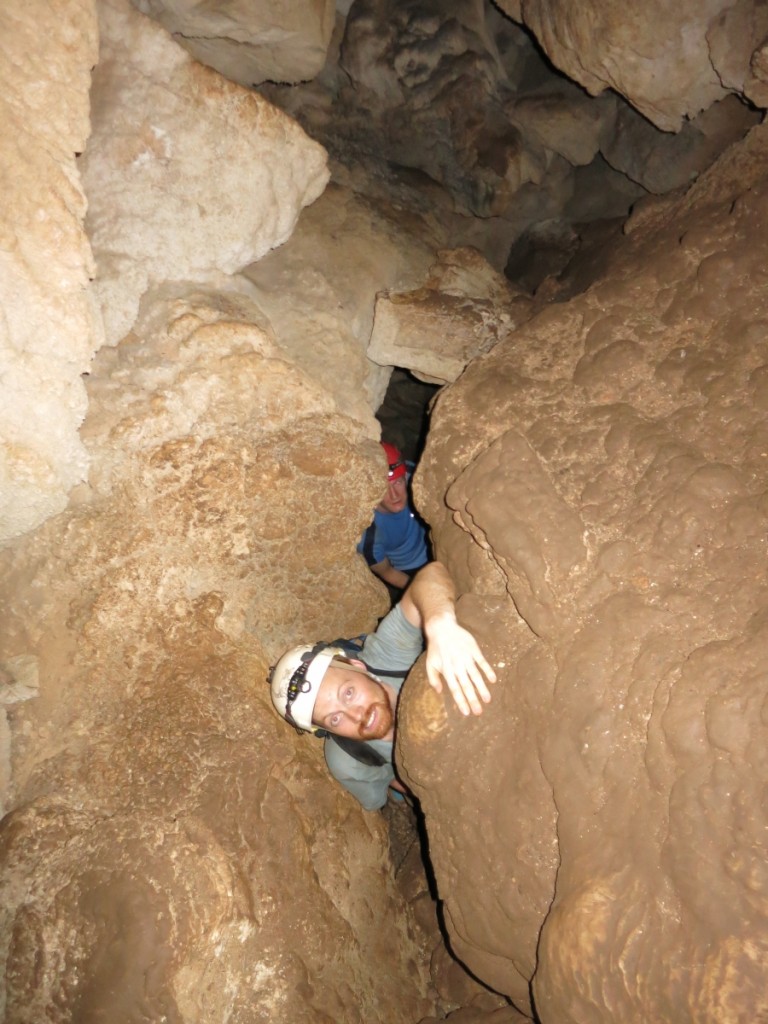 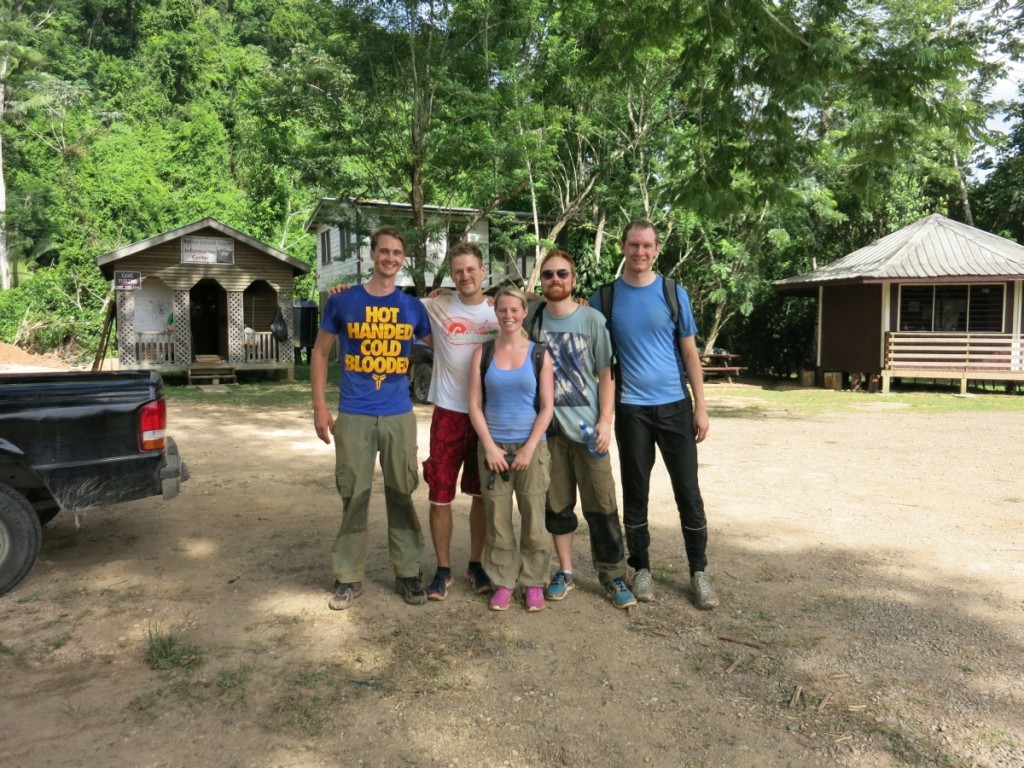