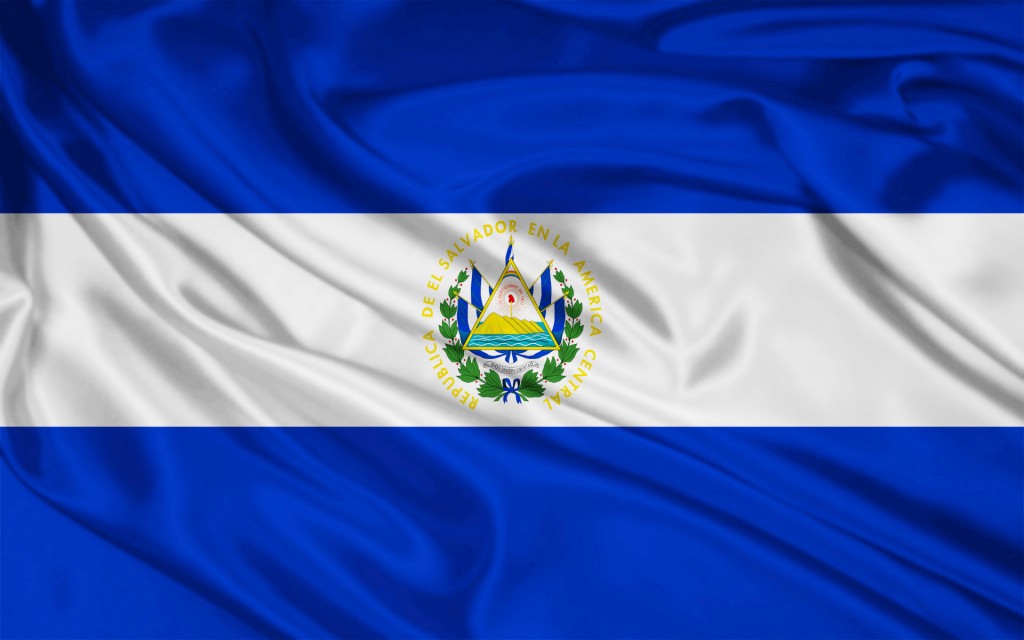 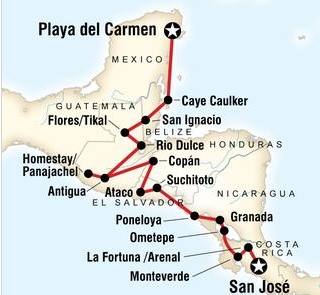 After a long day of travel via bus, boat and van we arrived to the colonial town of Suchitoto. Nestled in the mountains of the north of the country, Suchitoto is perched on the edge of an impressive artificial lake called Suchitlan Lake, also known as Embalse Cerron Grande.

The next day at a city tour we learned a bit about the tragic history of this small town (it was scene to crual crimes during the civil war) and set off into the nearby nature preserve. We hiked to a lookout and a waterfall called "Los Tercios", which is famed for its unique composition of hexagonal blocks of stone along a vertical wall.

On the way to El Salvador 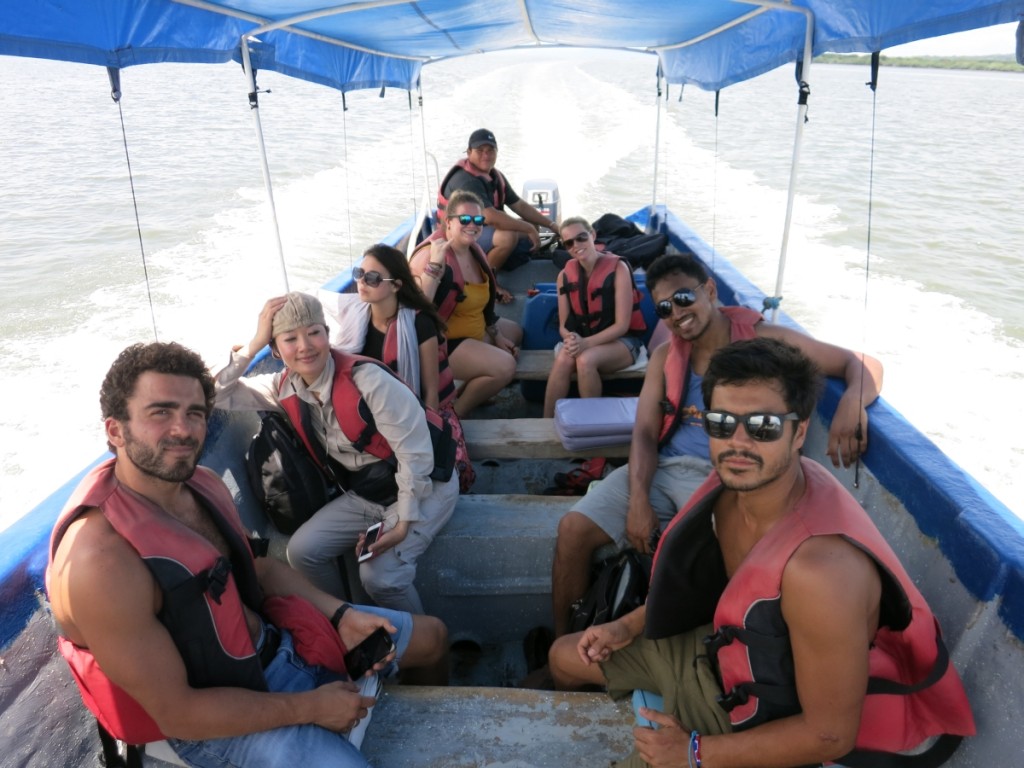 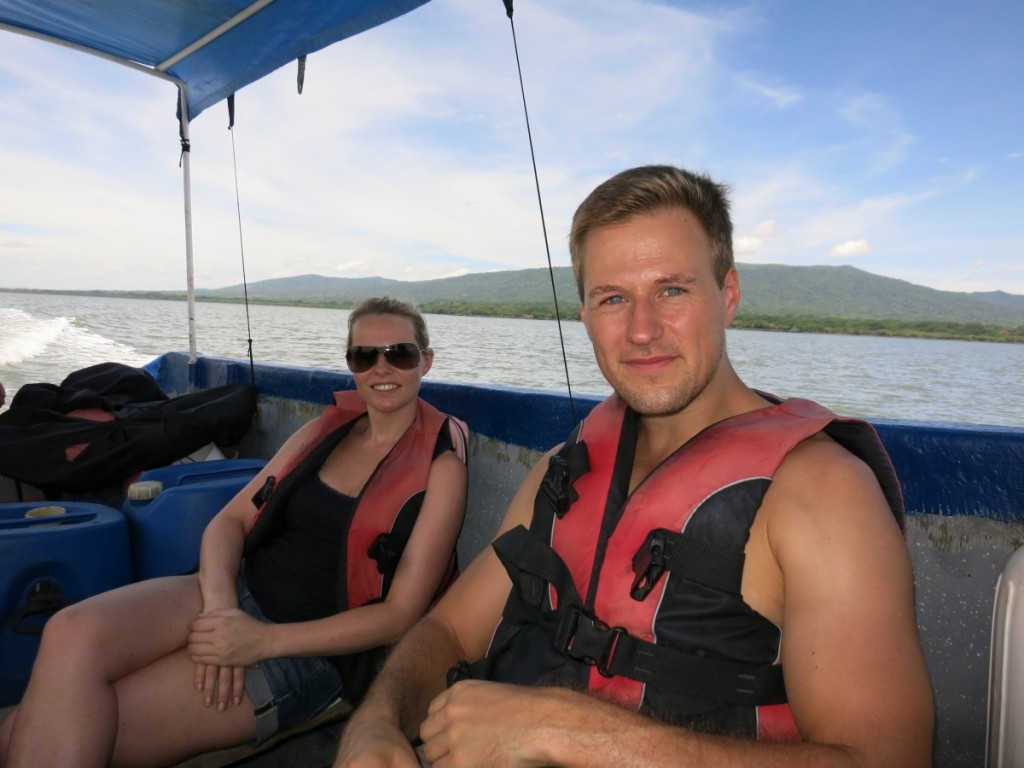 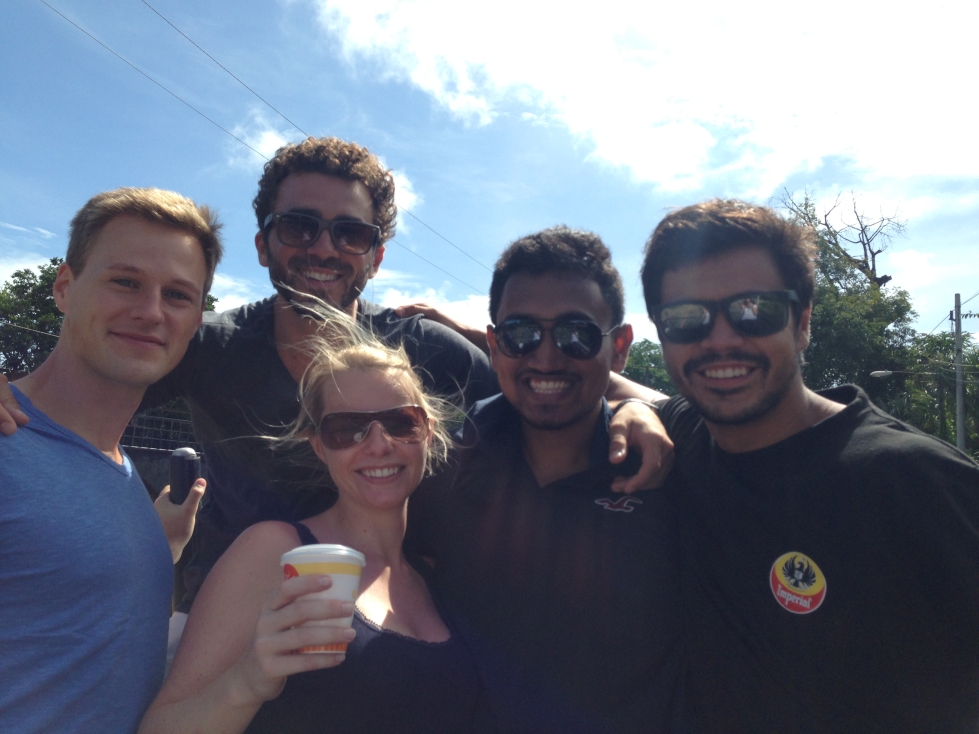 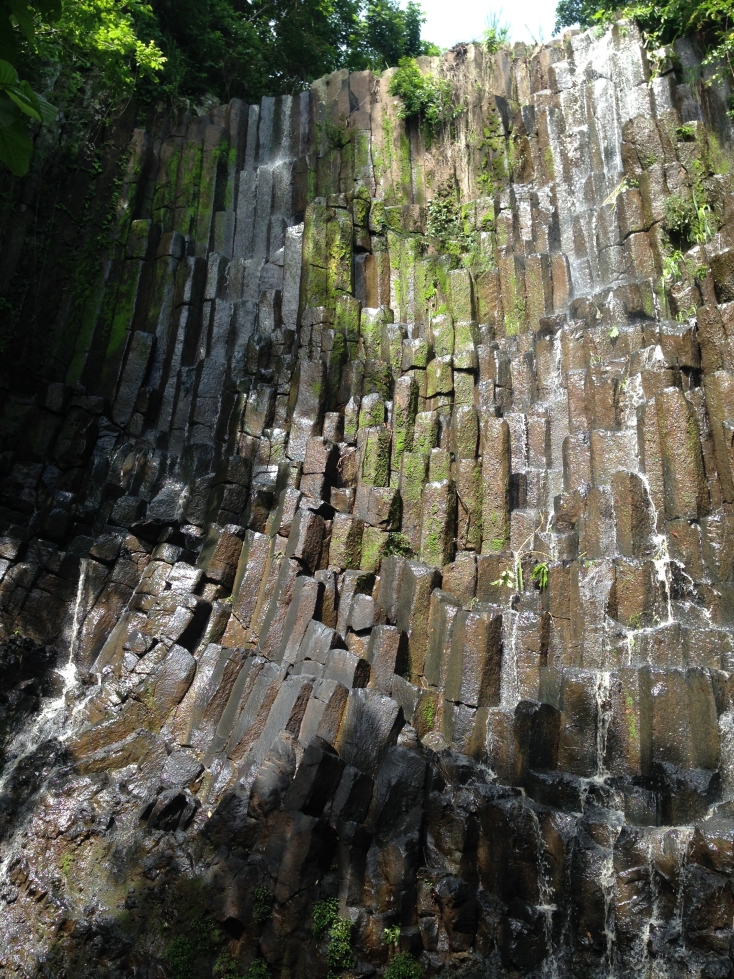 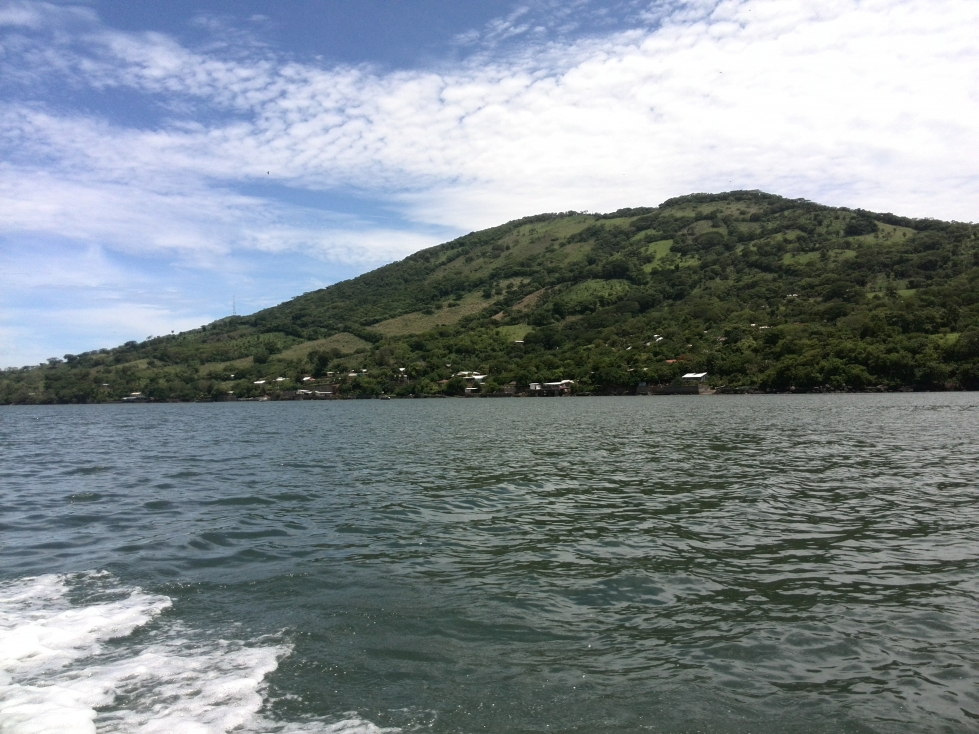 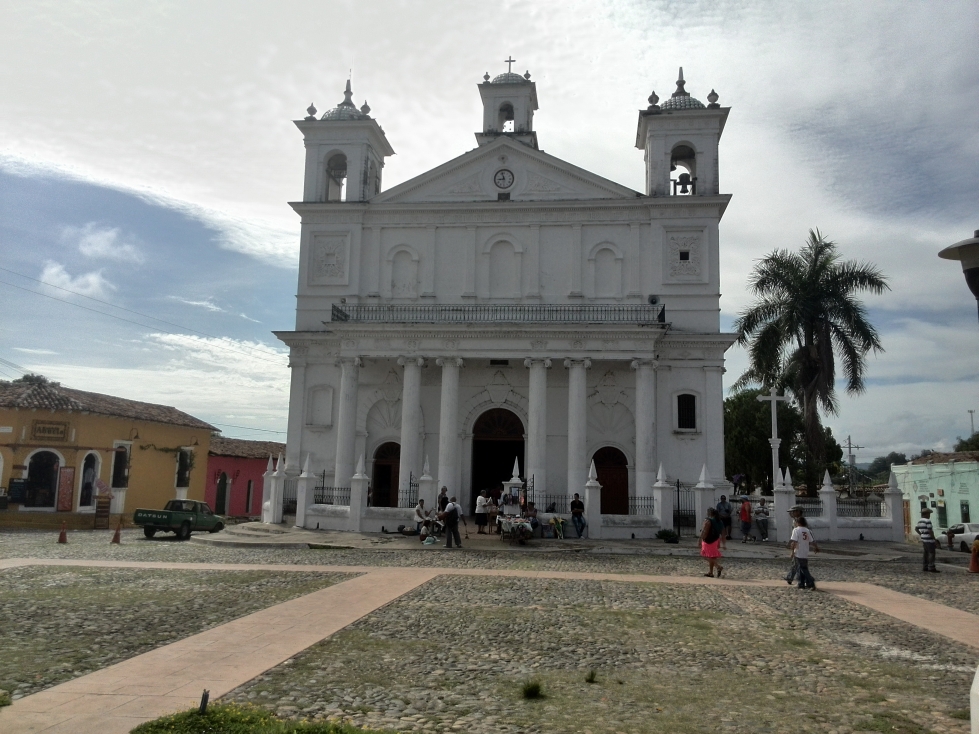 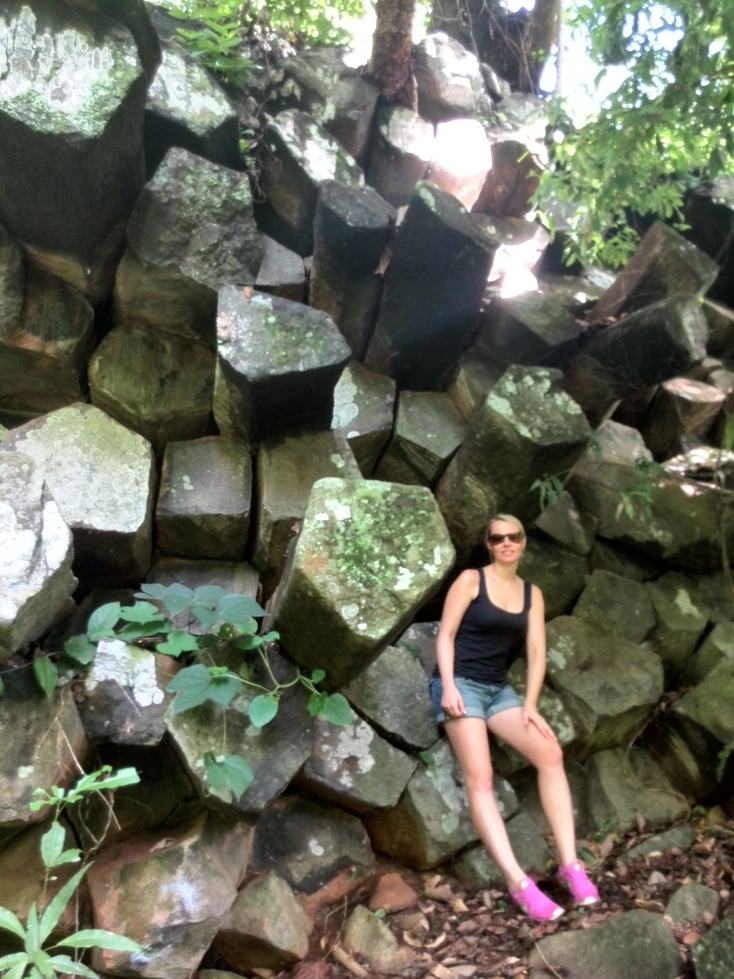 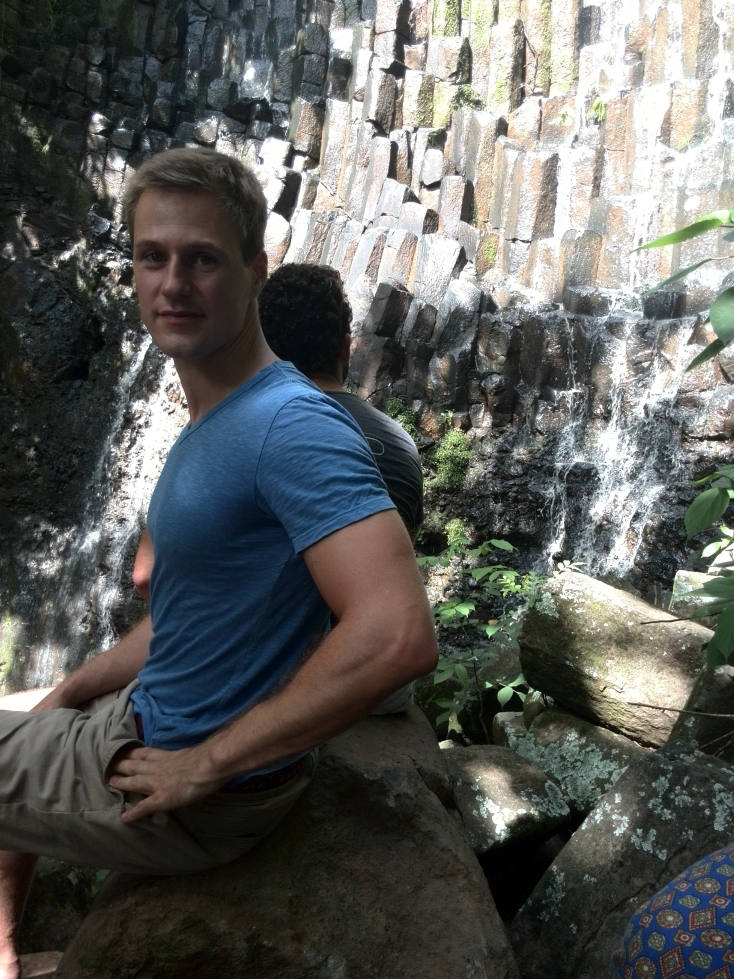 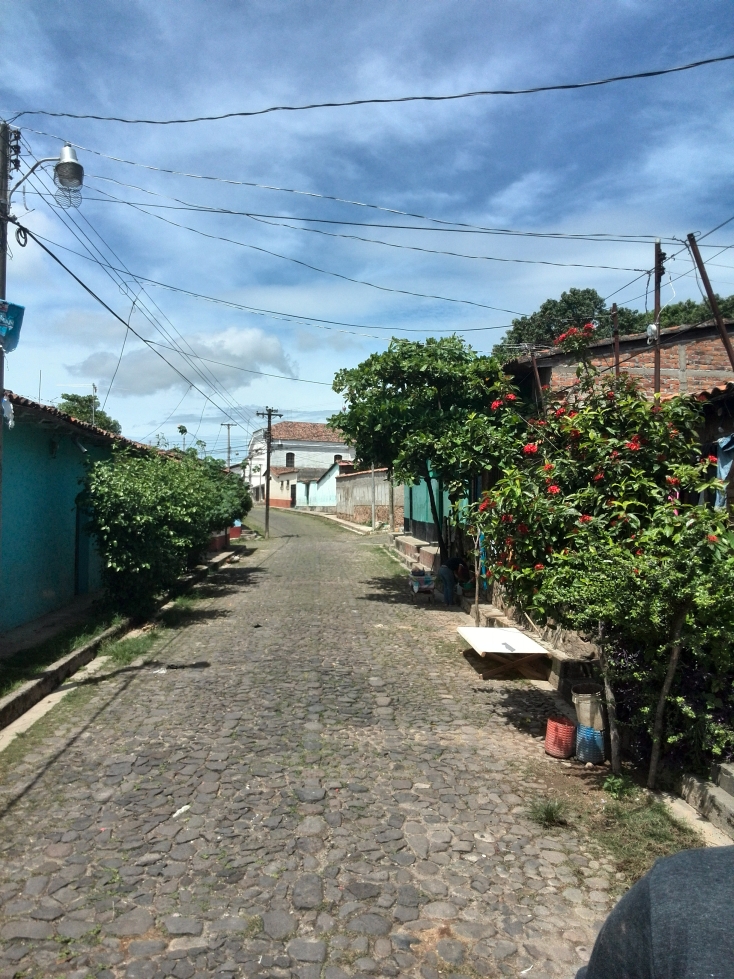 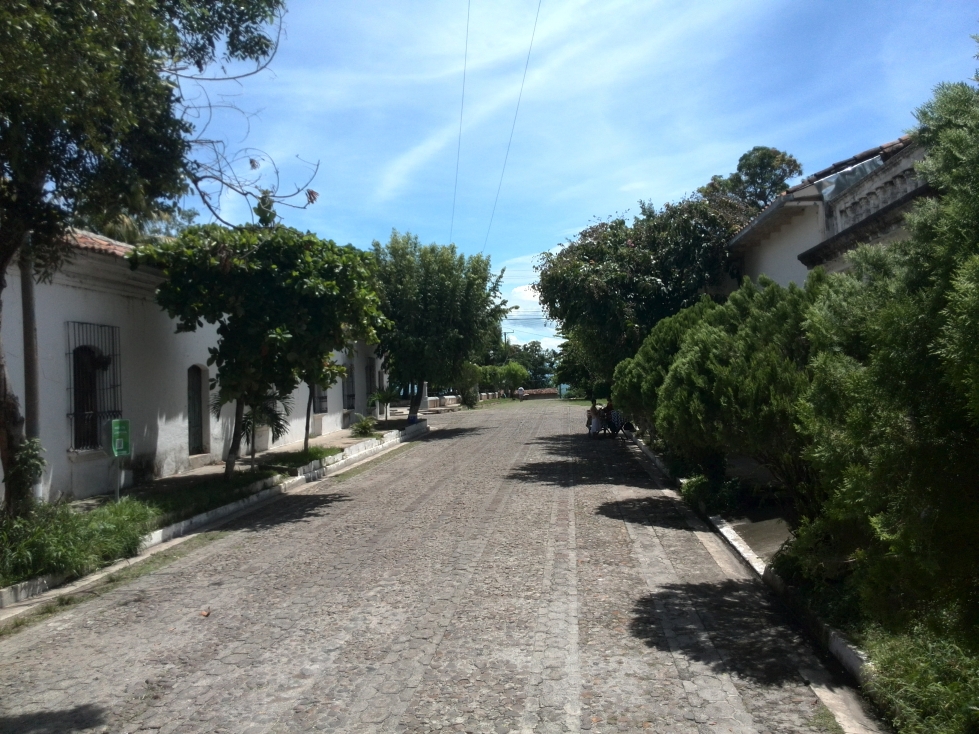 Painting on jeans trousers (a lot of cow boys around here) 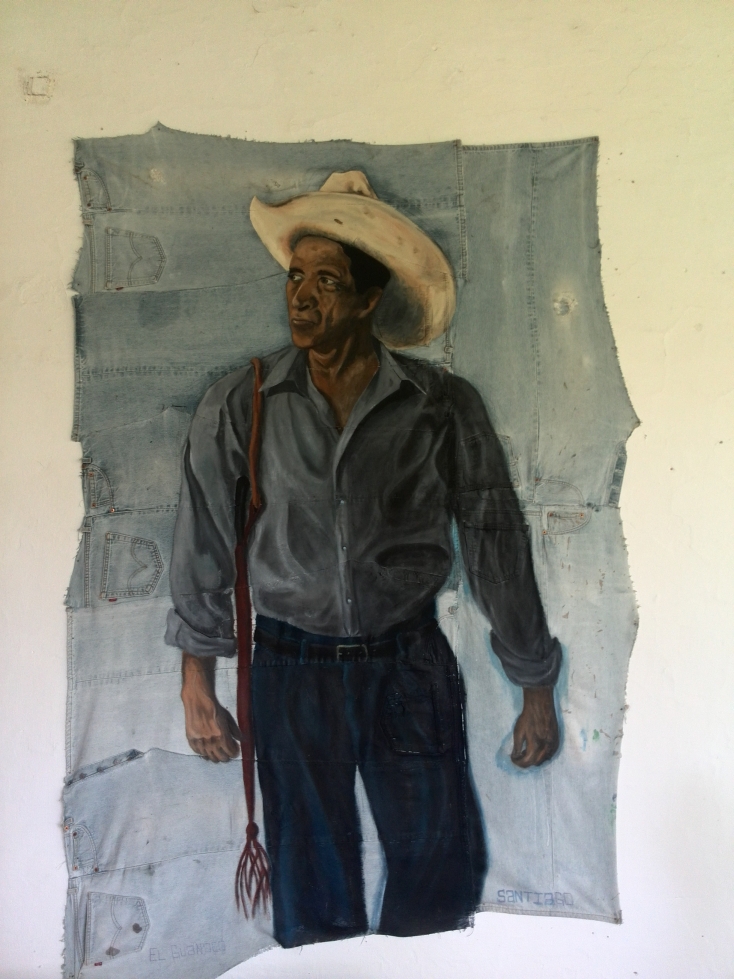 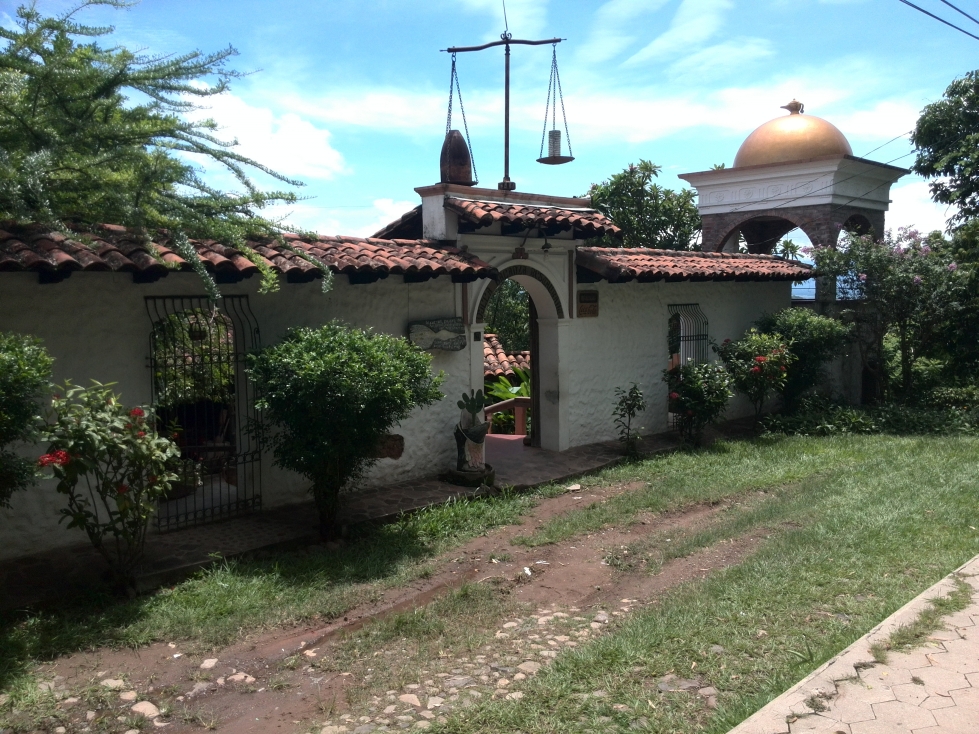 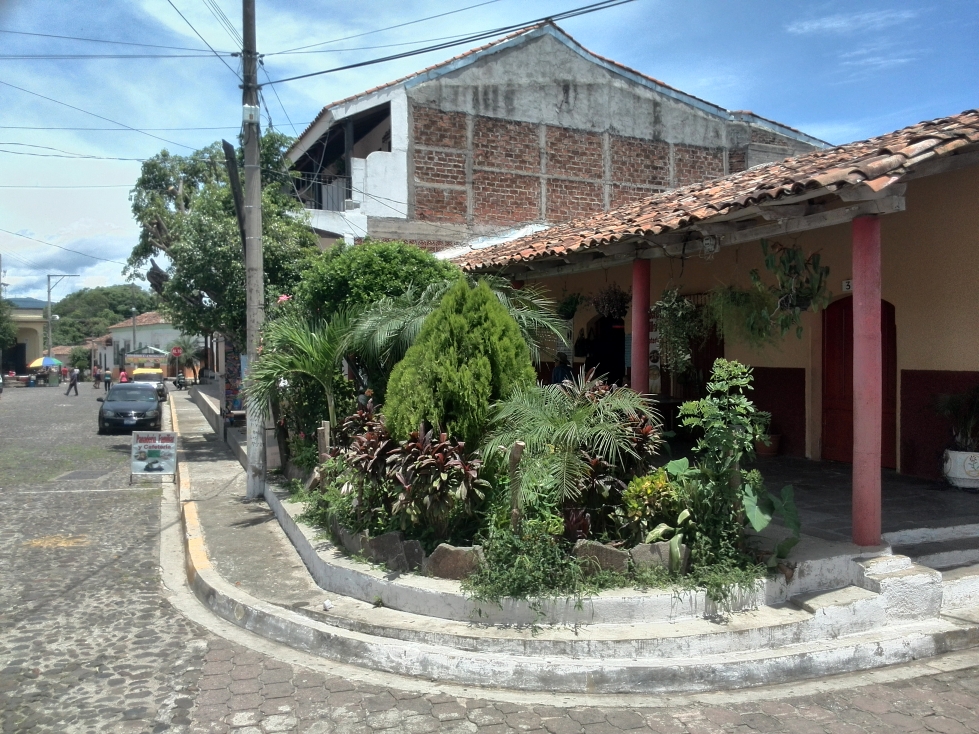 The biggest church in Central America 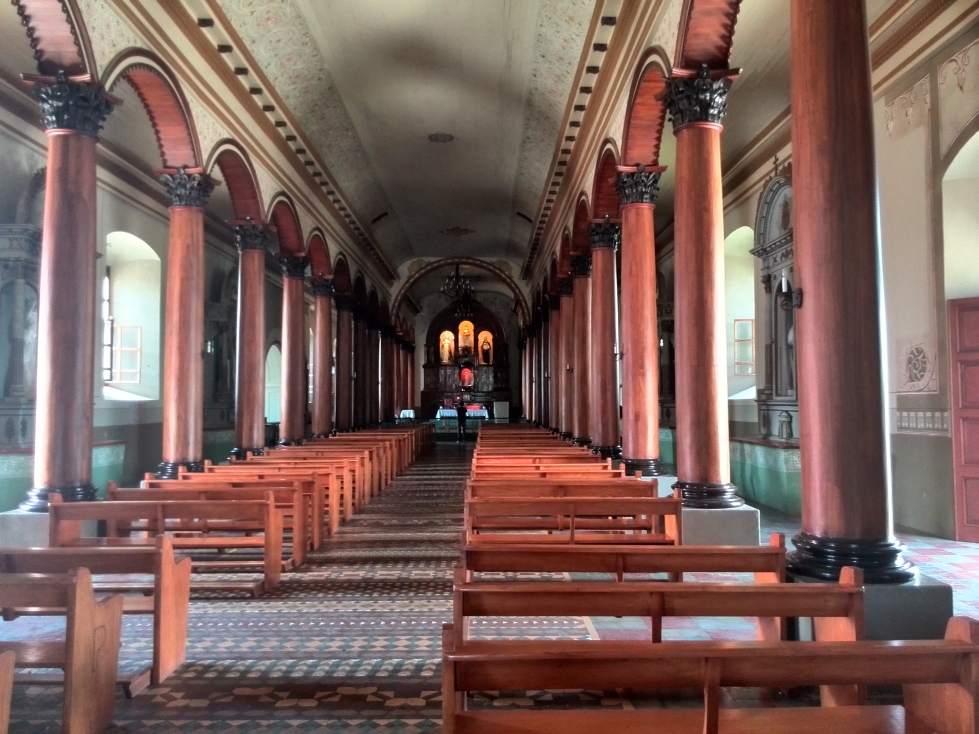 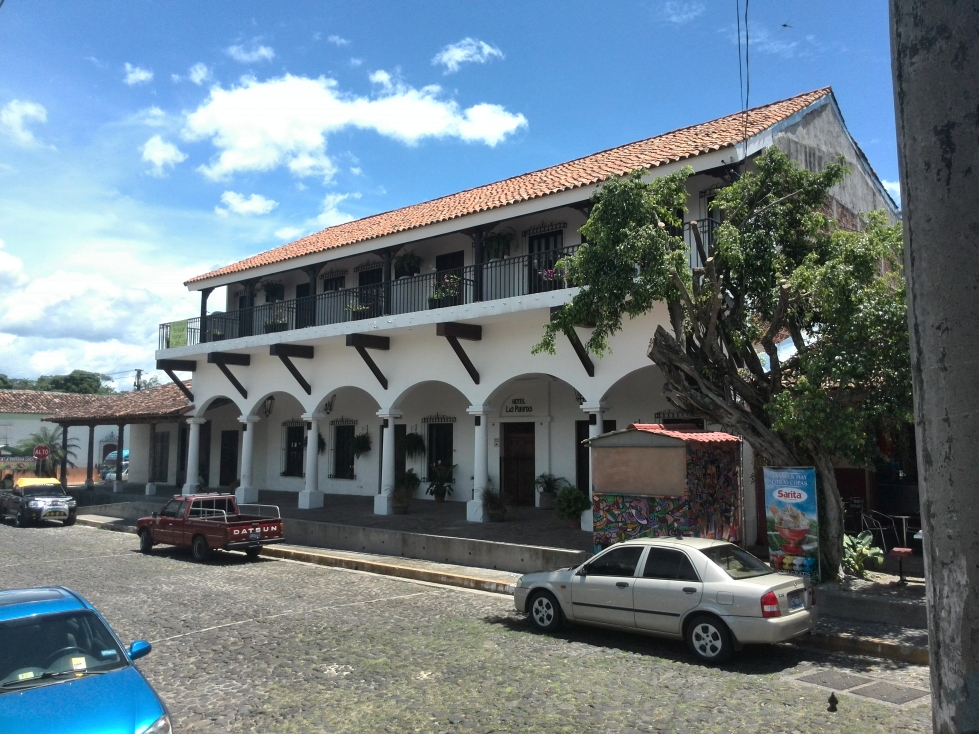 Ataco is a small town and the home to some talented artisans who have painted bright murals throughout town (see the pictures). We walked around the city, did some shopping and during a coffee tour we learned how coffee is made. Apparently, some of the worlds best coffee is from the region around Ataco.

A coffee bean is actually a seed of a plant and looks like a cherrie. When dried, roasted and ground, it is used to brew  coffee.

In the evening we went out for dinner and the weather seemed to be up to something. After reaching the typical Pupusa Restaurant, the heavy rain started and a few power failures happened until the lights didn’t turn on again and we waited with candle light in the restaurant for 1 hour but nothing changed. The whole city was pitch black. A Salvadorian boy felt pitty towards us and he told his mother: “ Mummy how would you feel being in a foreign country walking home in the rain and dark”. Therefore the nice mother offered us a ride back to the hotel. Pupusa is a traditional Salvadoran dish made of a thick, handmade corn tortilla that is usually filled with everything you like e.g. spinach, cheese, chicken etc. 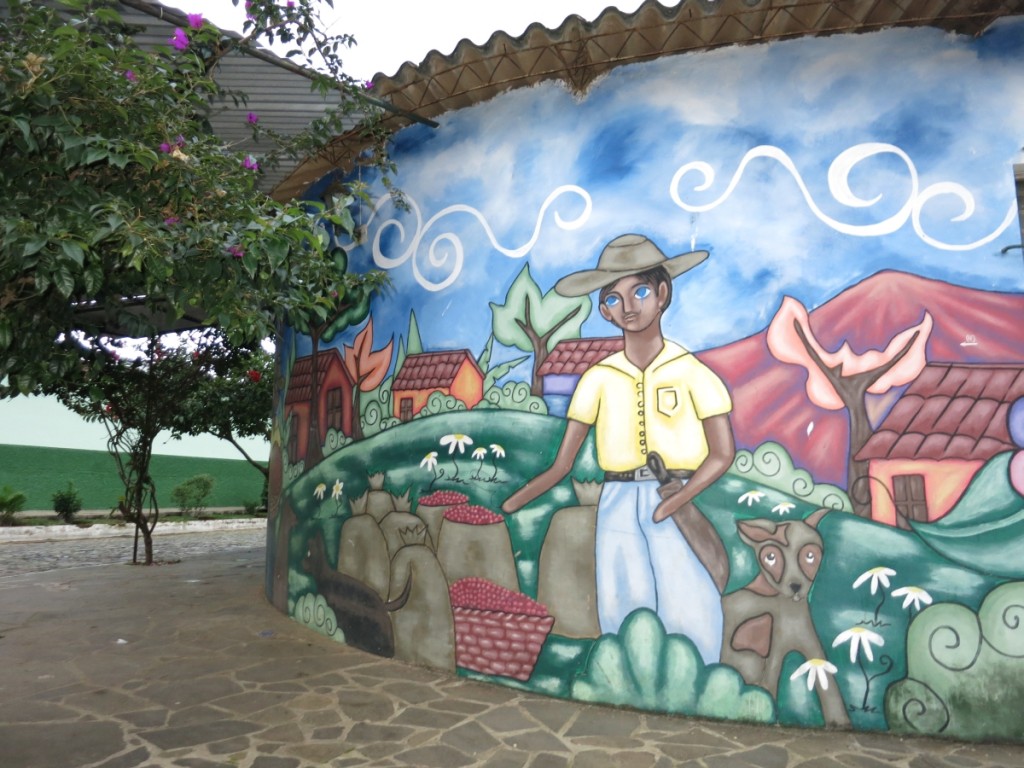 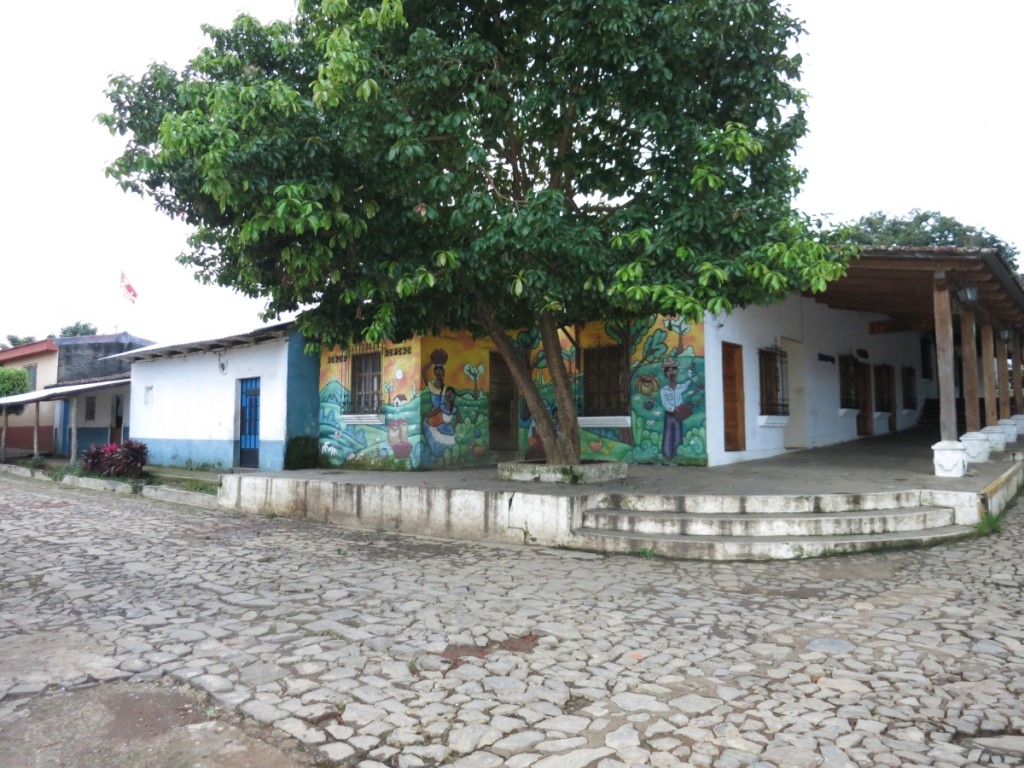 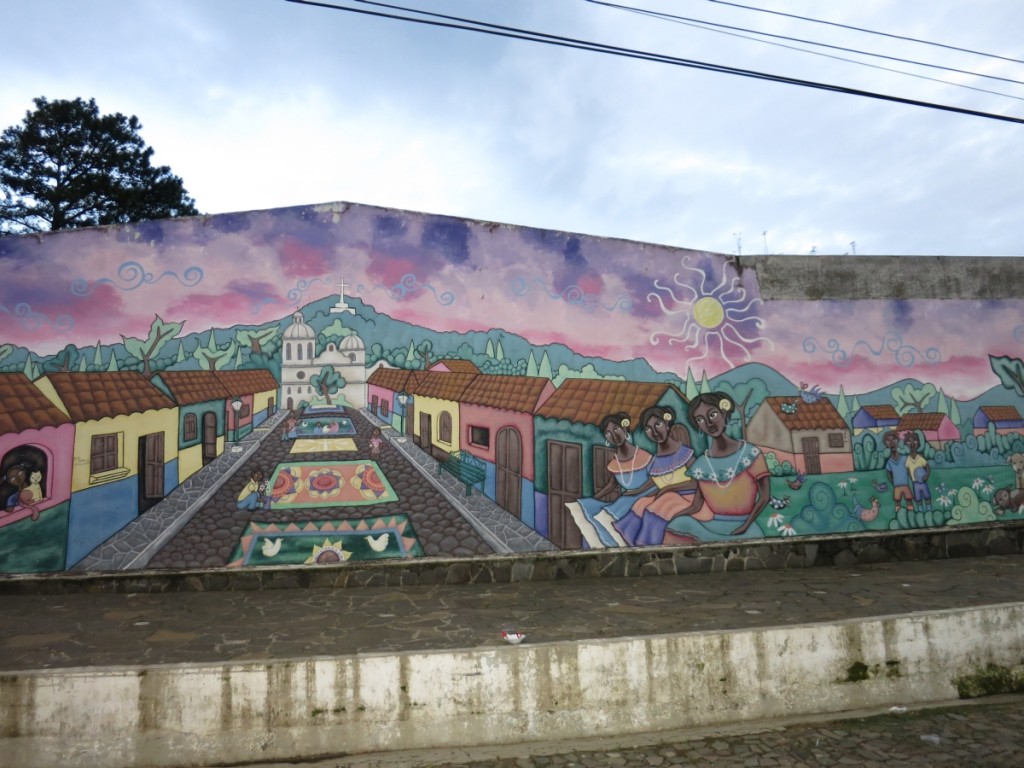 Our Hotel in a nearly 360 degree view 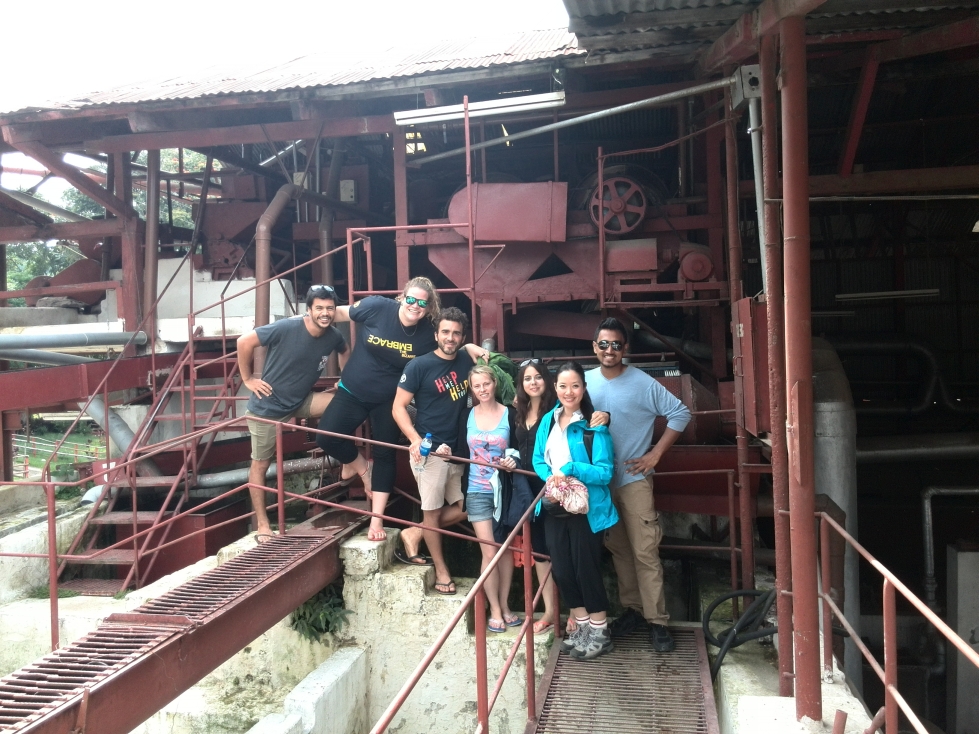 Fields where the coffee is dried 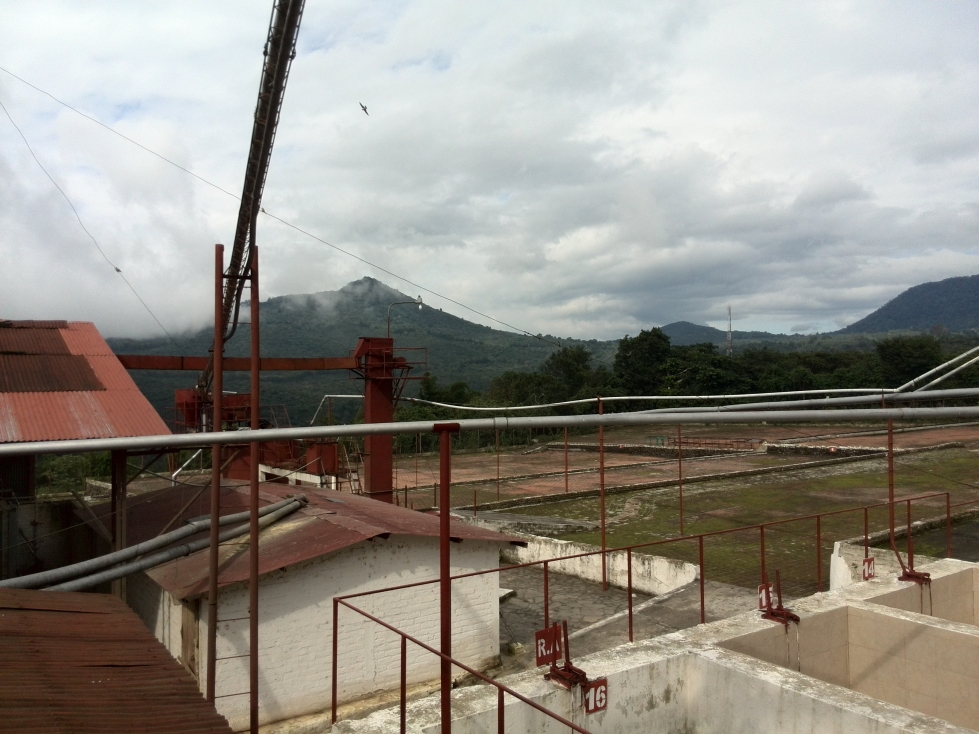 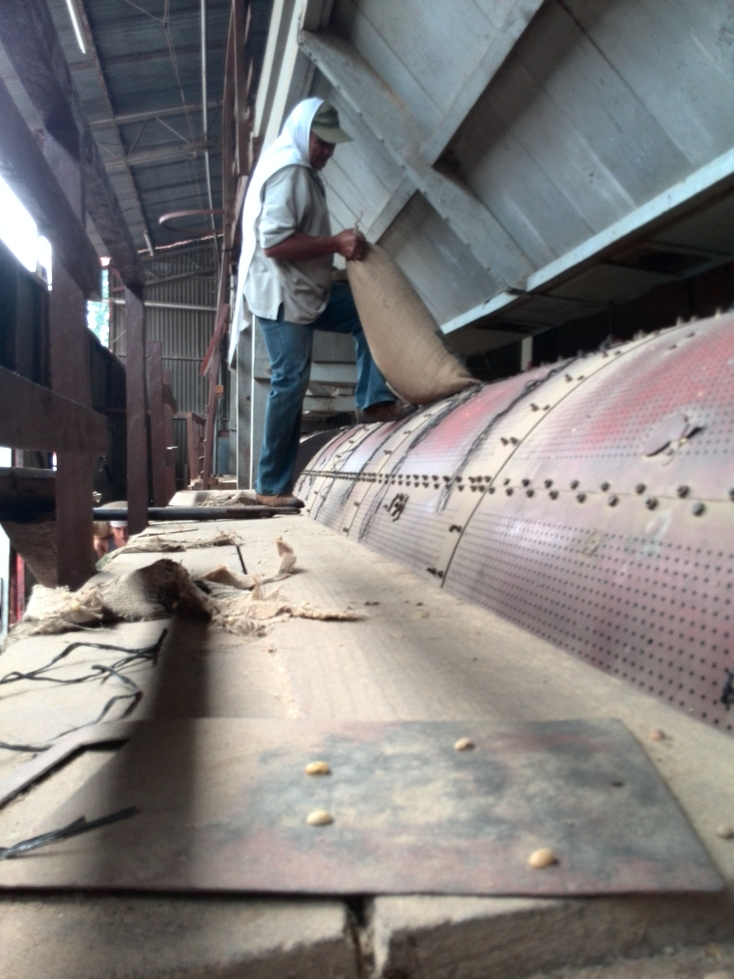 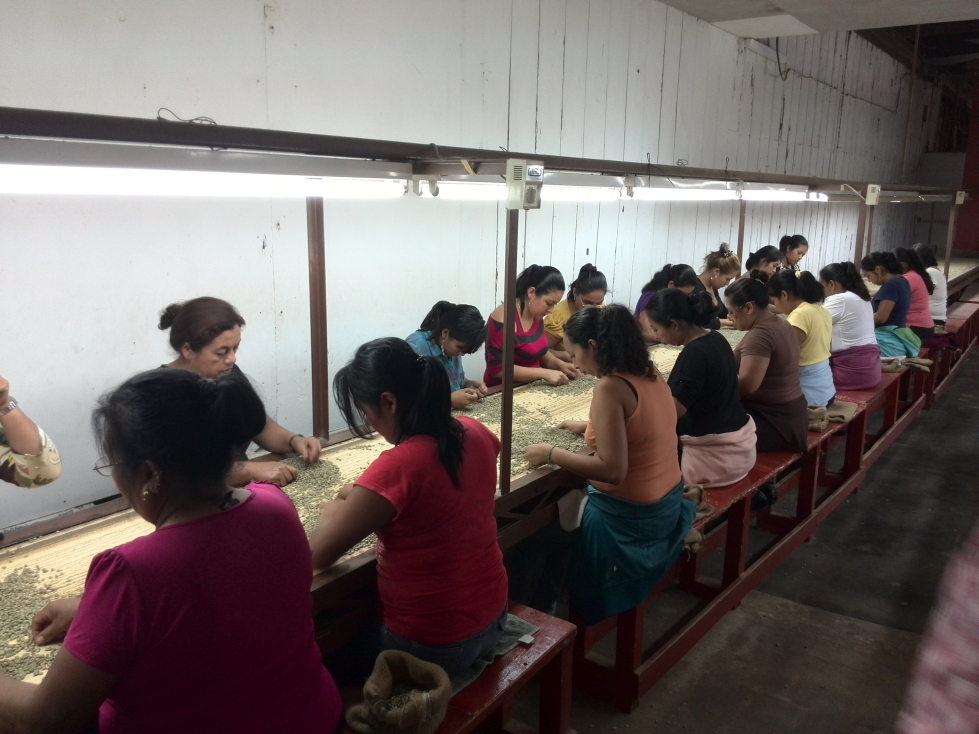 People working in the fields 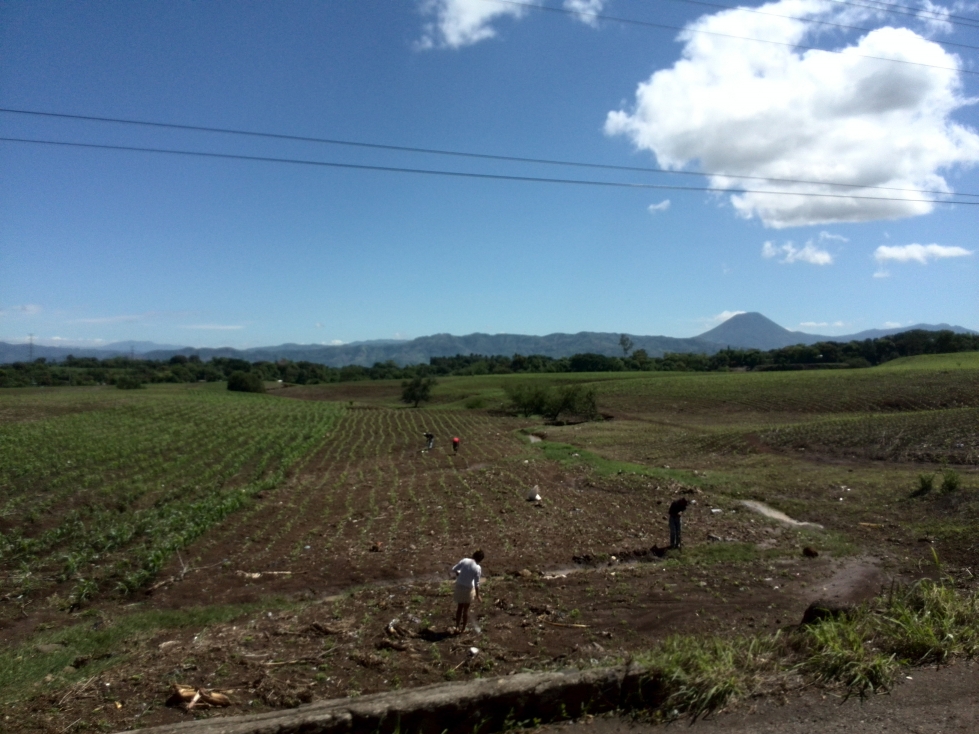 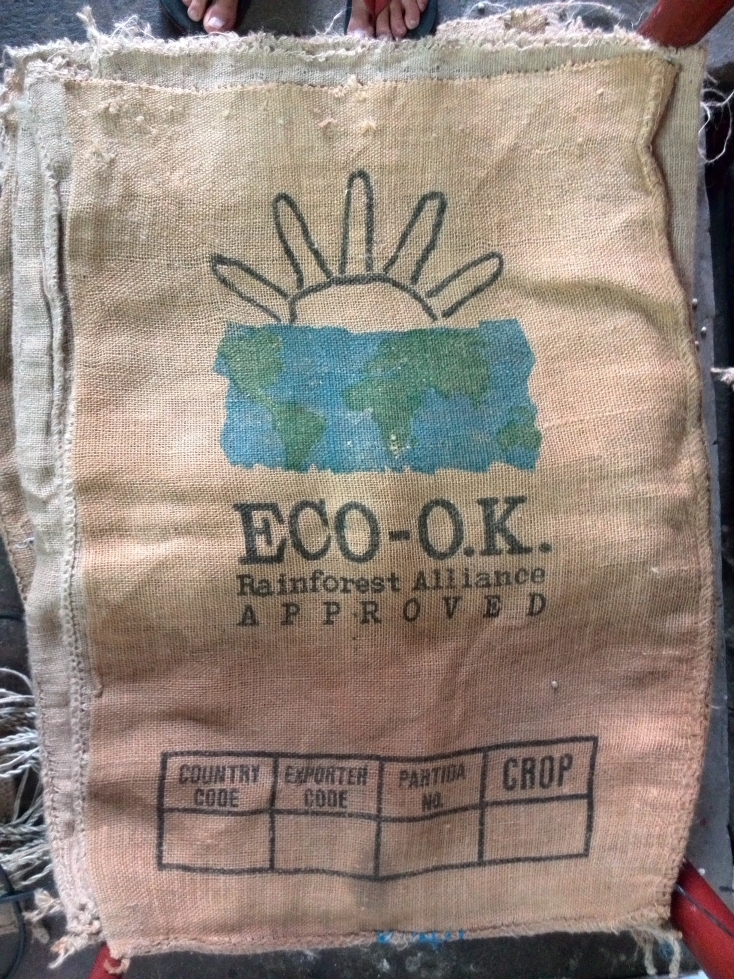 A storm is brewing 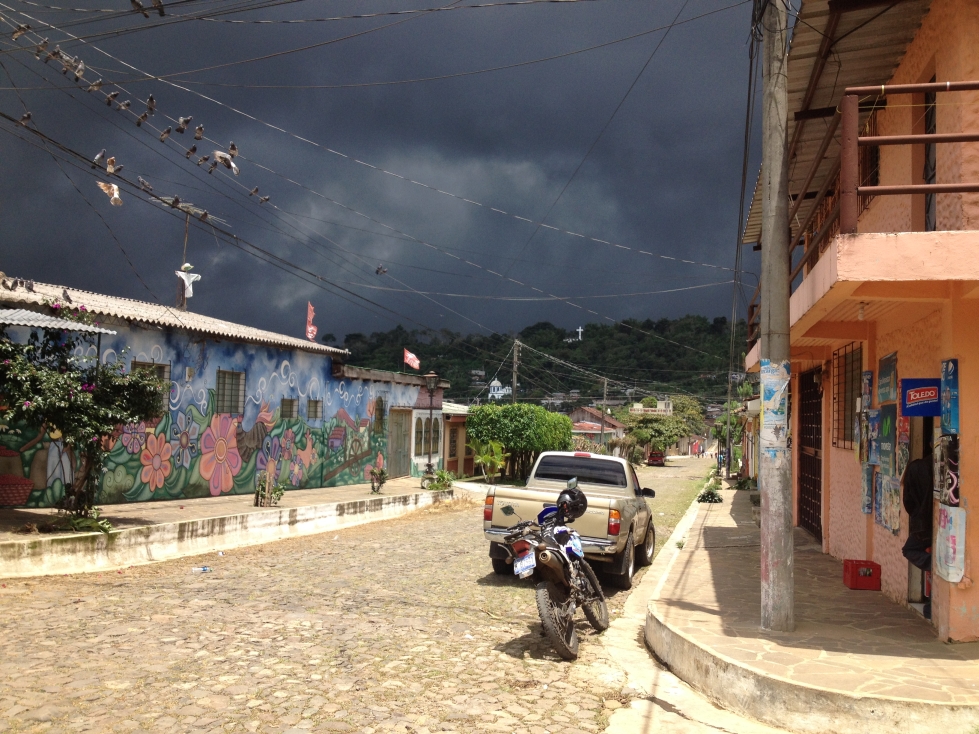 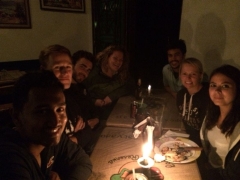