It’s far far away and its famous for its stone statues: Easter Island. That’s what we knew. Now we can confirm: yes, the island is far away from everything. It is a 6 hours flight from Santiago de Chile (east) and another 6 hours flight to Tahiti (west). The Dutch admiral Roggeveen landed on the island on Easter Sunday (5 April) 1722 giving it the name "Easter Island" (he must have been a very creative person). The stone statues are called Moai. They are huge human figures carved by the Rapa Nui people between 1250 and 1500 a.c.. Nearly half of them are still at the Rano Raraku (a volcano), where they were produced. Hundreds were transported to other places on the island and set on stone platforms called “Ahu”. Almost all of them face inland overlooking their clan lands – symbolizing the holy ancestors of the Rapa Nui people. The tallest Moai is almost 10 meters (33 ft) high and weights about 82 tons.

The island is small, only measuring around 160 square kilometers with nearly 6.000 inhabitants, who mainly live in the only village – Hanga Roa. The landscape is dominated by deep green grassland with wild horses grazing peacefully, a coastline made up of cliffs and small mountains. The main sights are easy to cover in around 3 days but we had 9. So what is there to do if you have three times more time than the average tourist? Exactly right - nothing. That’s the reason why we decided to visit most sights by foot. One day we hiked for 5 hours up and down the coast, visiting some Moai´s and caves, when we realized that walking back takes at least 3 more hours. Lazy as we are we searched for a solution; no public transport, no own car, no own scooter – we went for hitch-hiking (@ Ma: the island is absolutely safe, most people don’t even lock their doors). The first car passing buy immediately stopped. As we found out the driver got pulled out of the plane by the police the day before because he was involved in a fight in Chile before he started travelling one year ago (…. first time hitch-hiking….). Well, we survived and the following days we kept on hiking a lot but didn’t need a lift. Another highlight was meeting Gauthier de Tessieres (e.g. 2nd place WC in Garmisch), who stayed in the same place than we did. Our 9 days on the island felt like a wellness treatment and we left the island completely relaxed.

Typical Moai on a Ahu 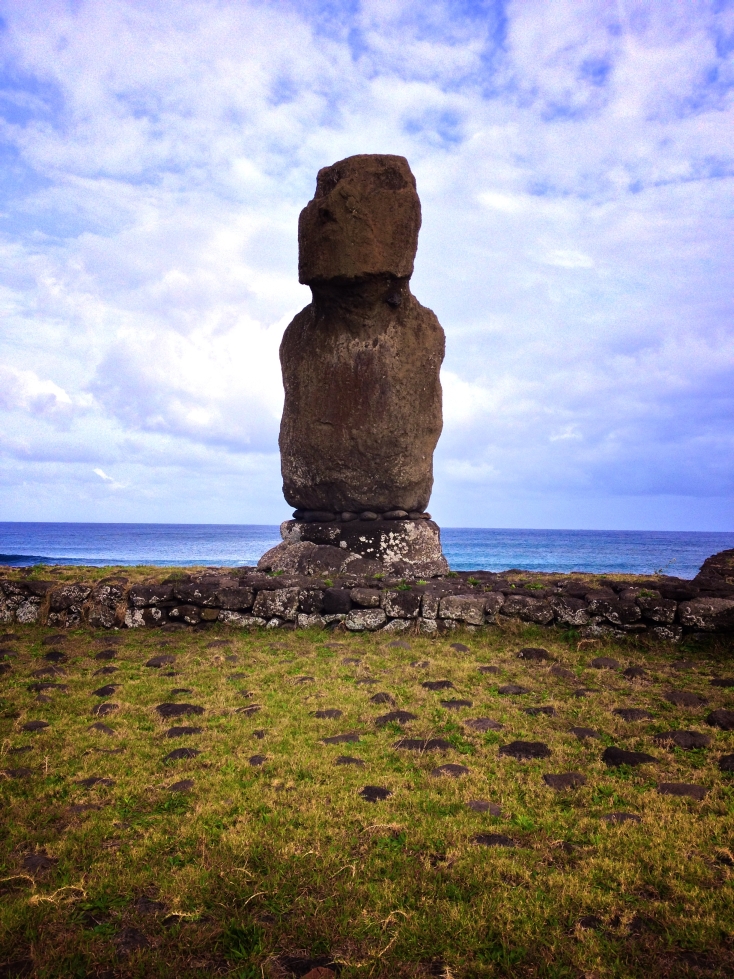 Some culinary highlights (noodles, a huge bottle of the finest honey and salami roll) 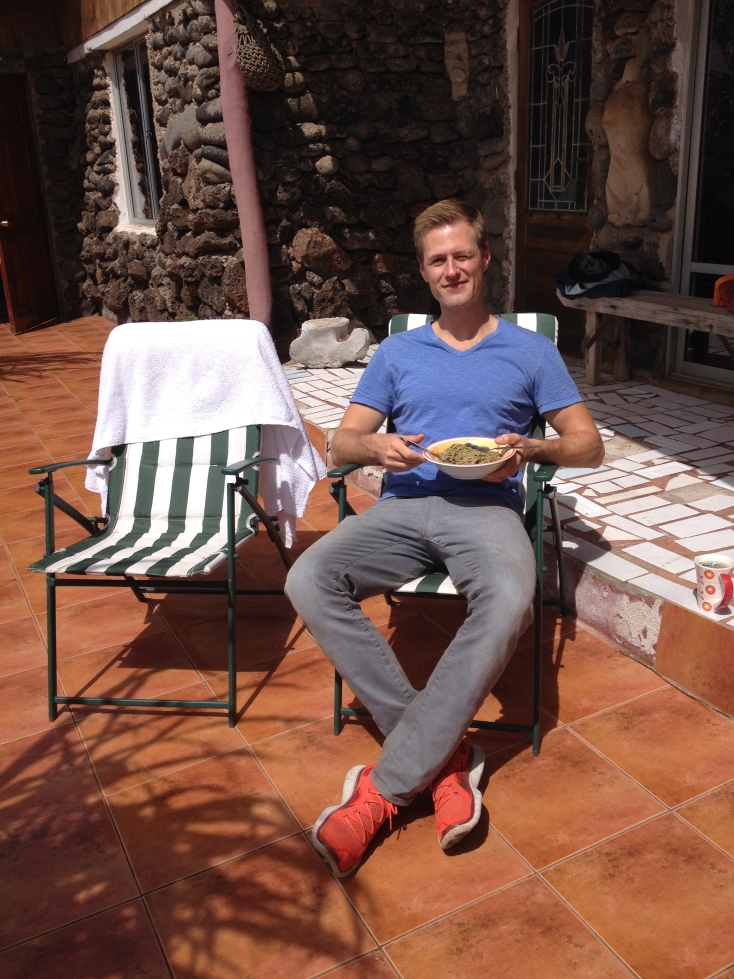 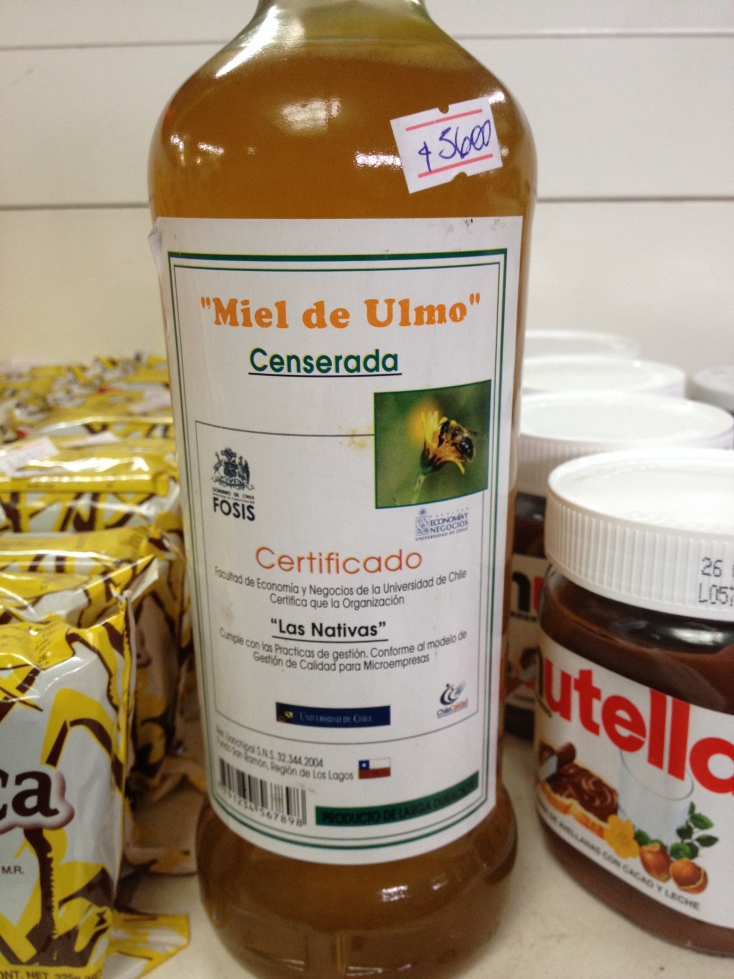 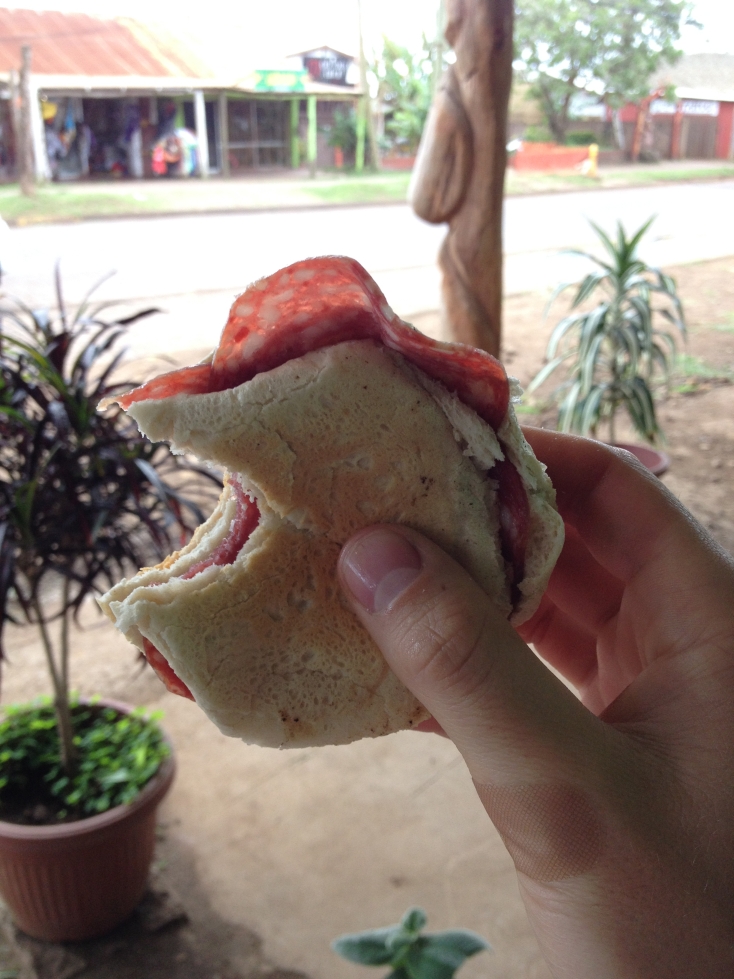 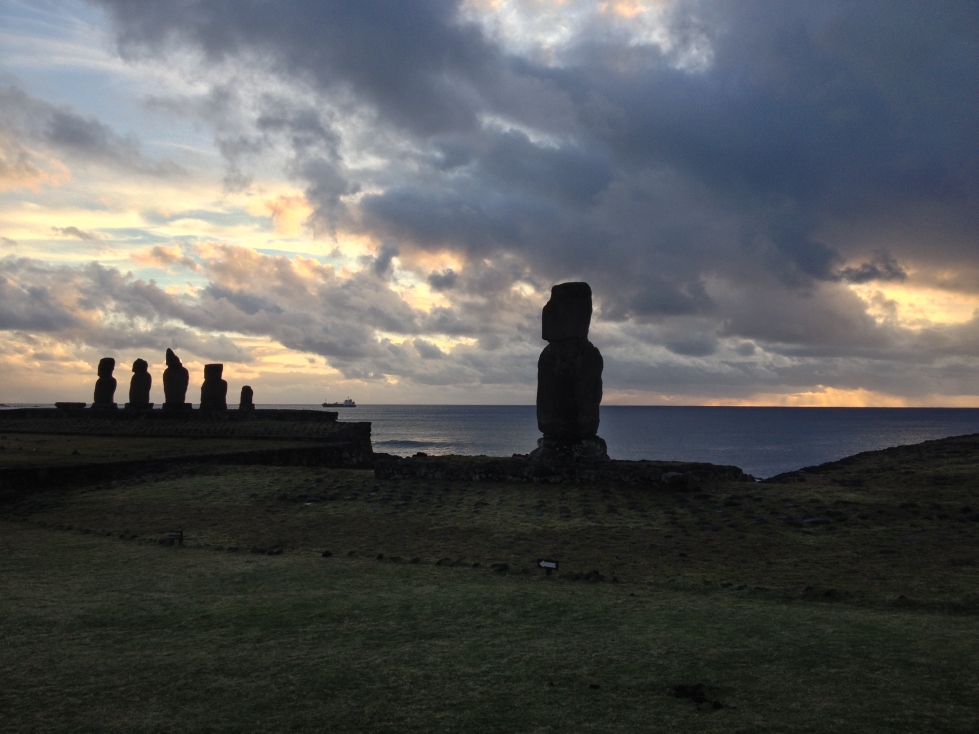 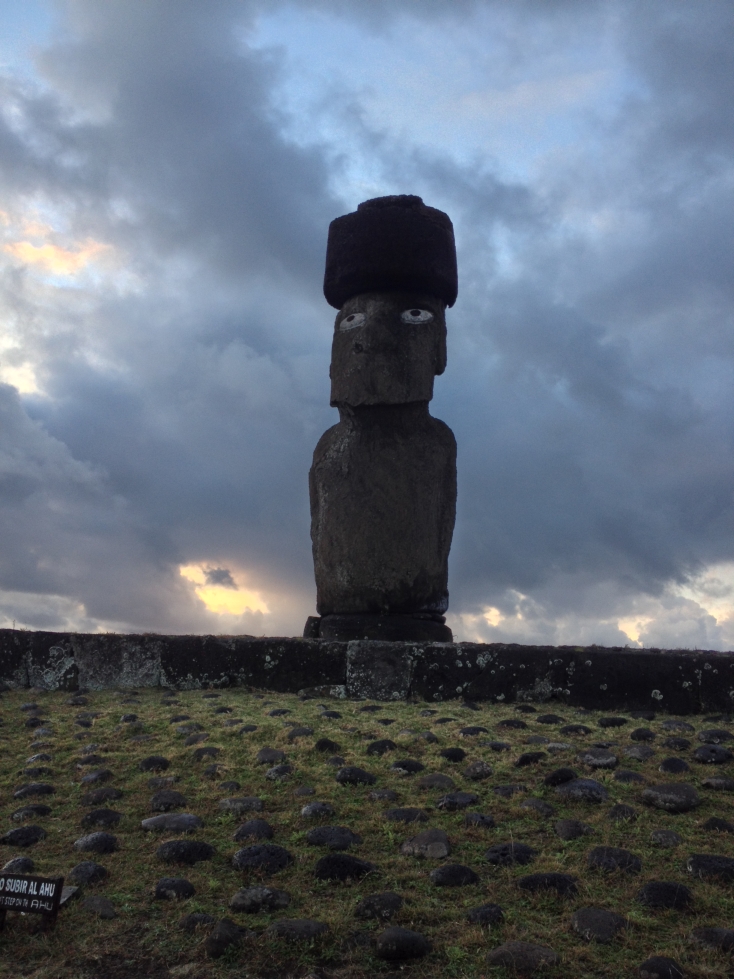 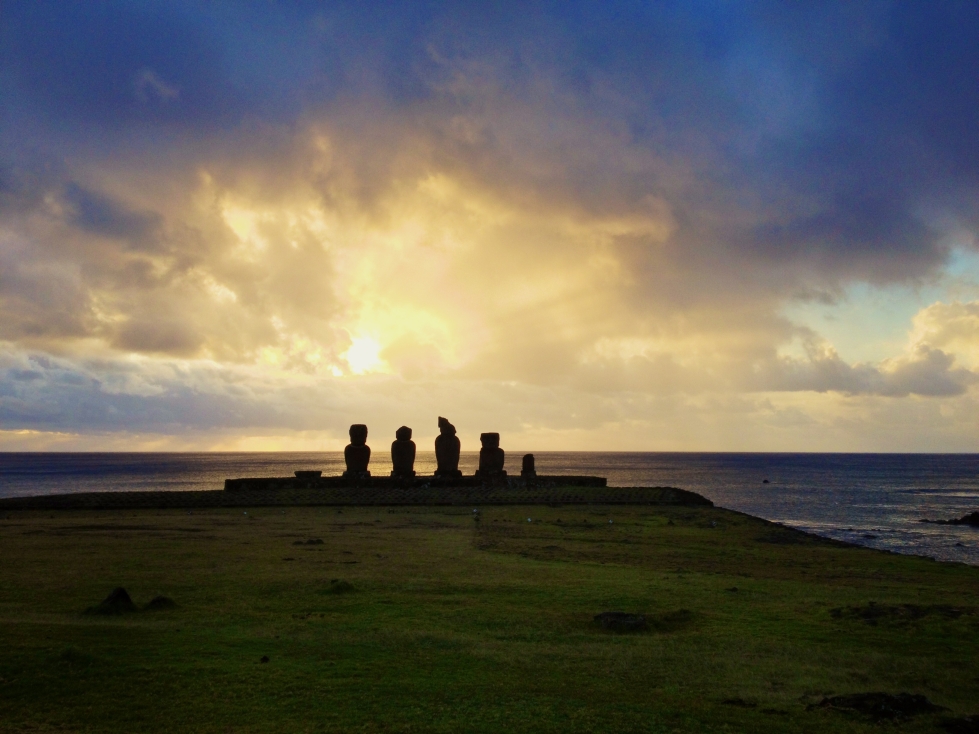 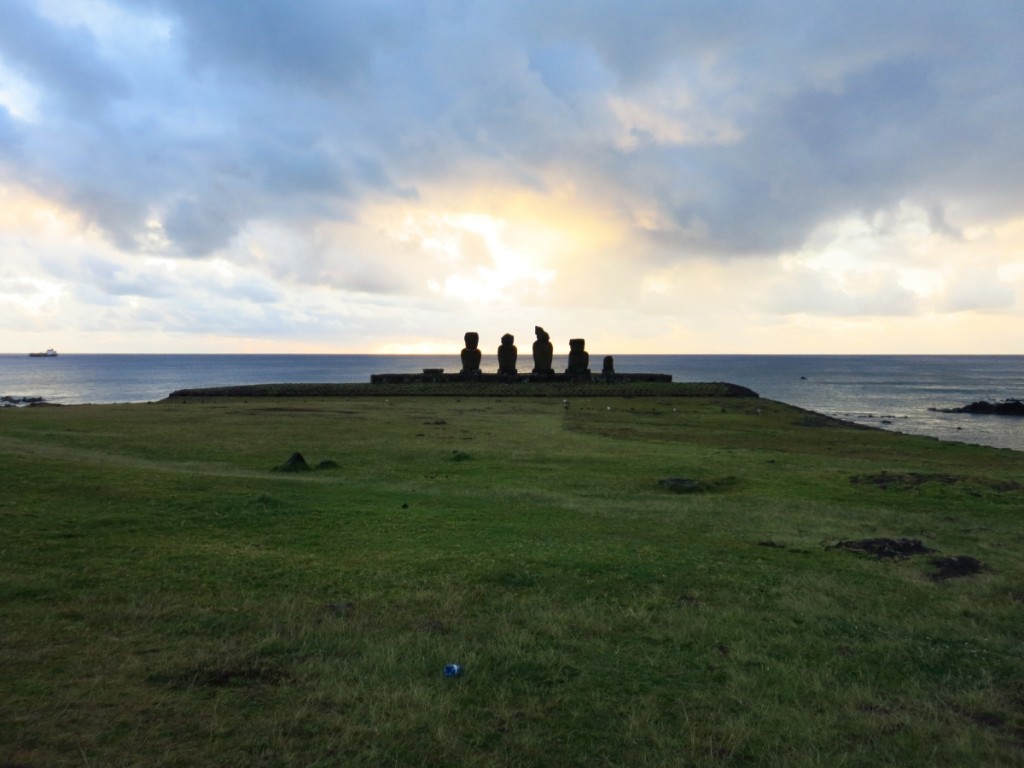 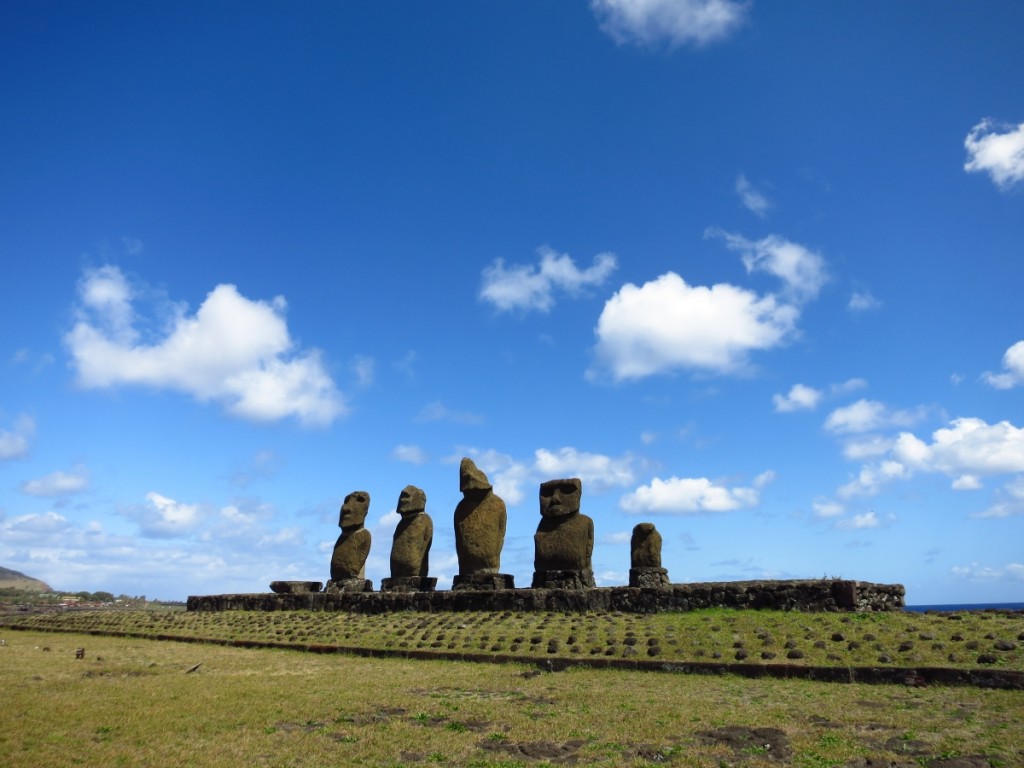 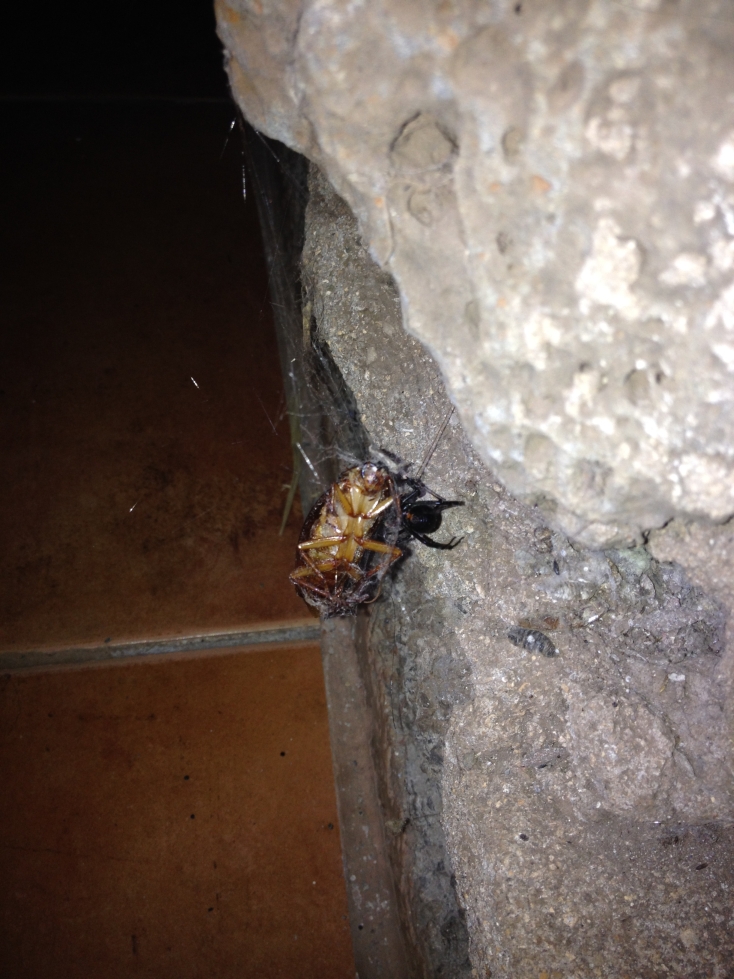 Yes, we are still backpackers, but we got upgraded to this great apartment with 180° ocean view (see next pics) 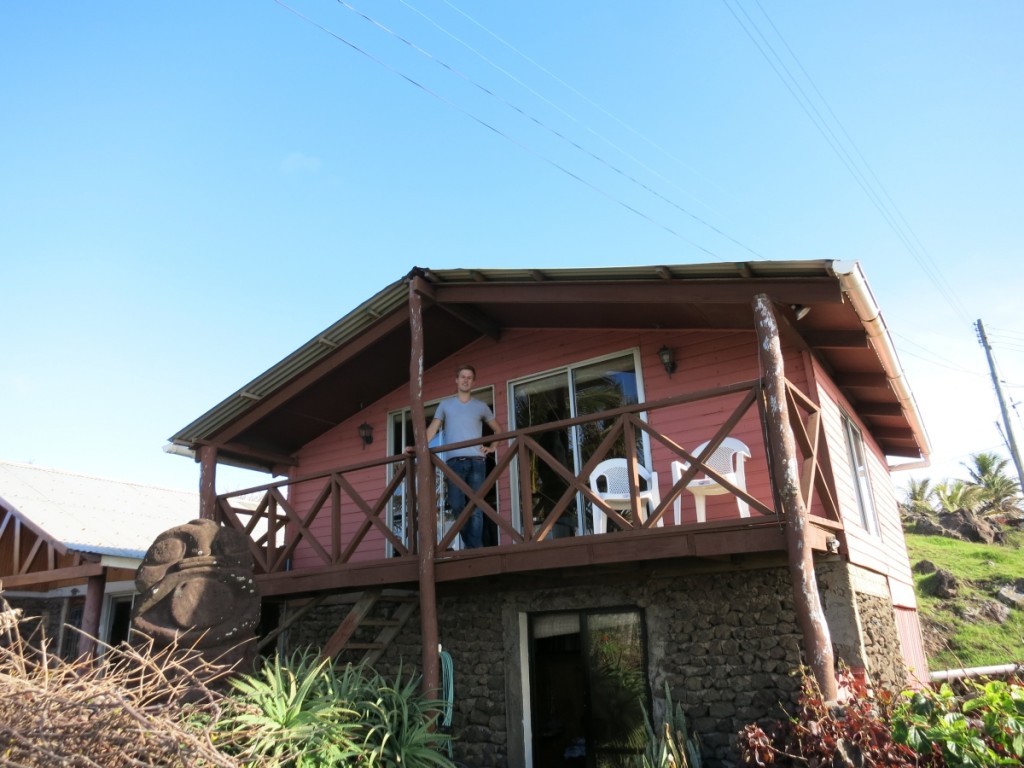 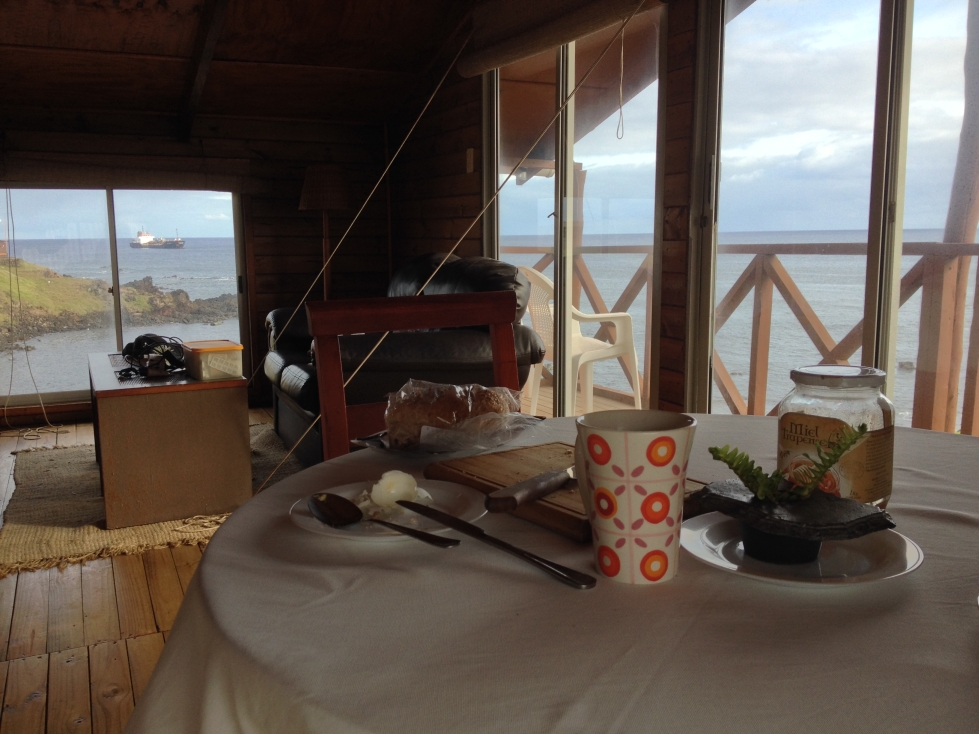 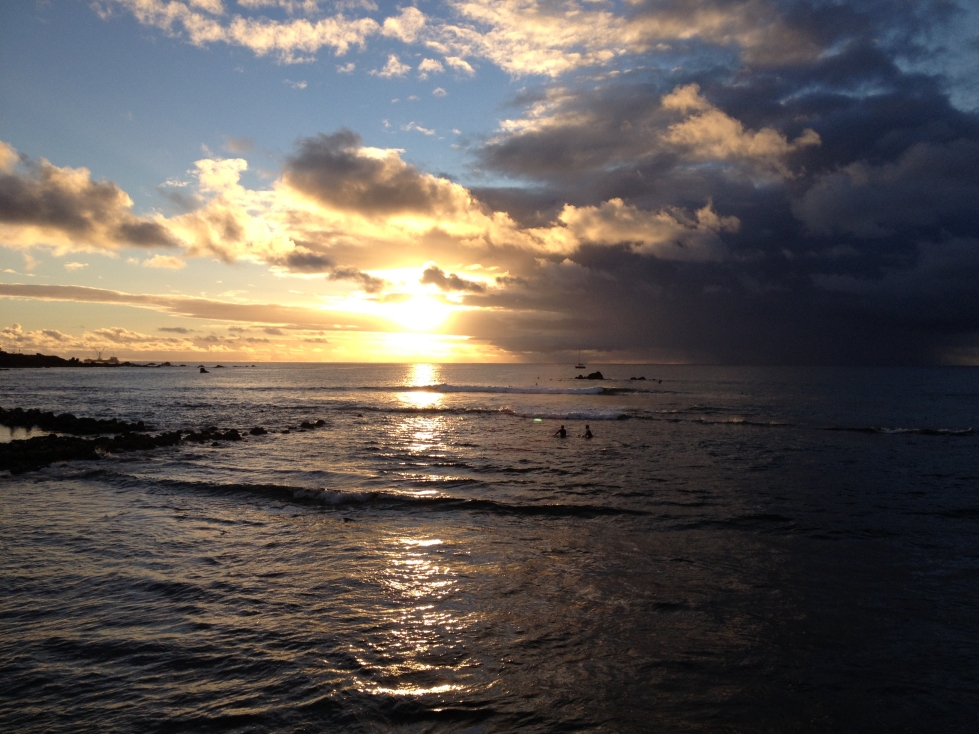 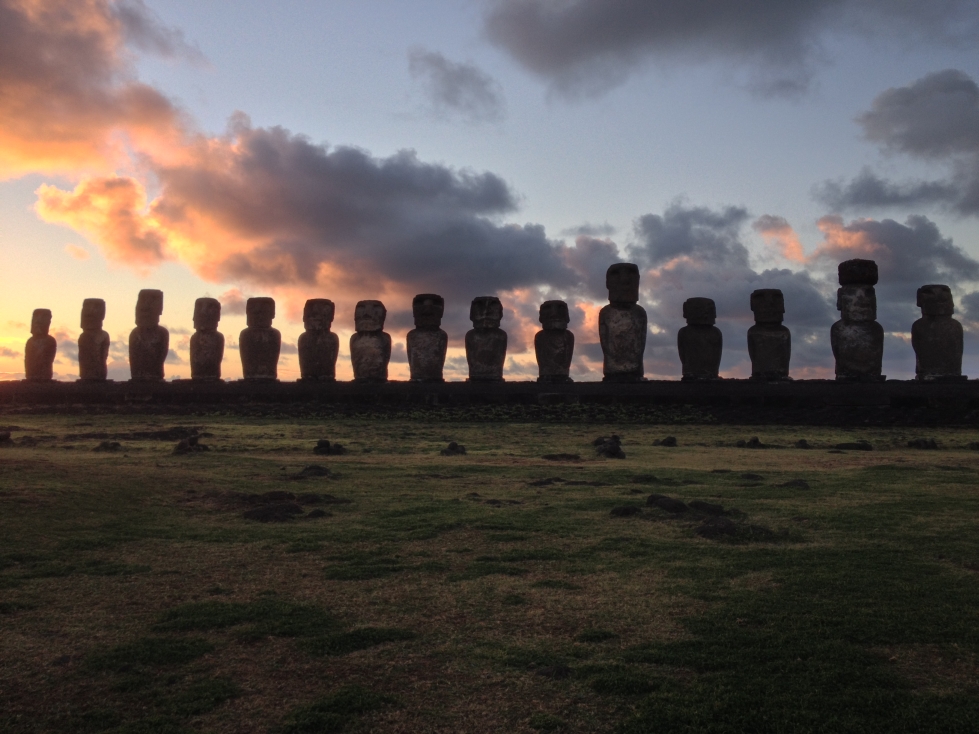 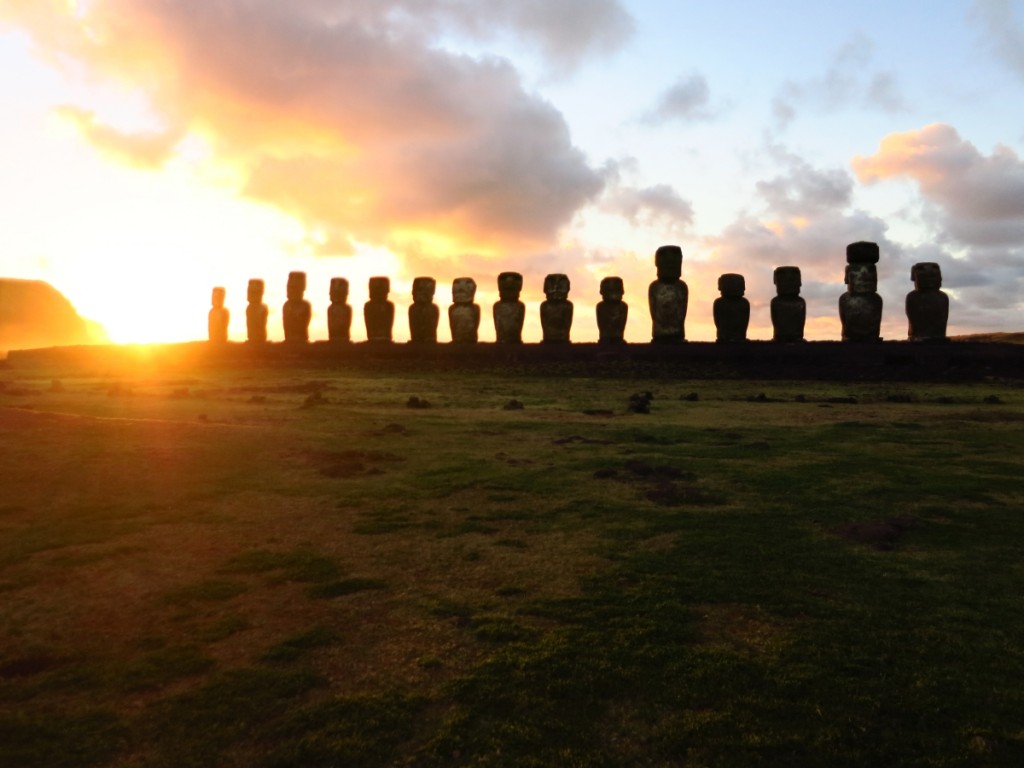 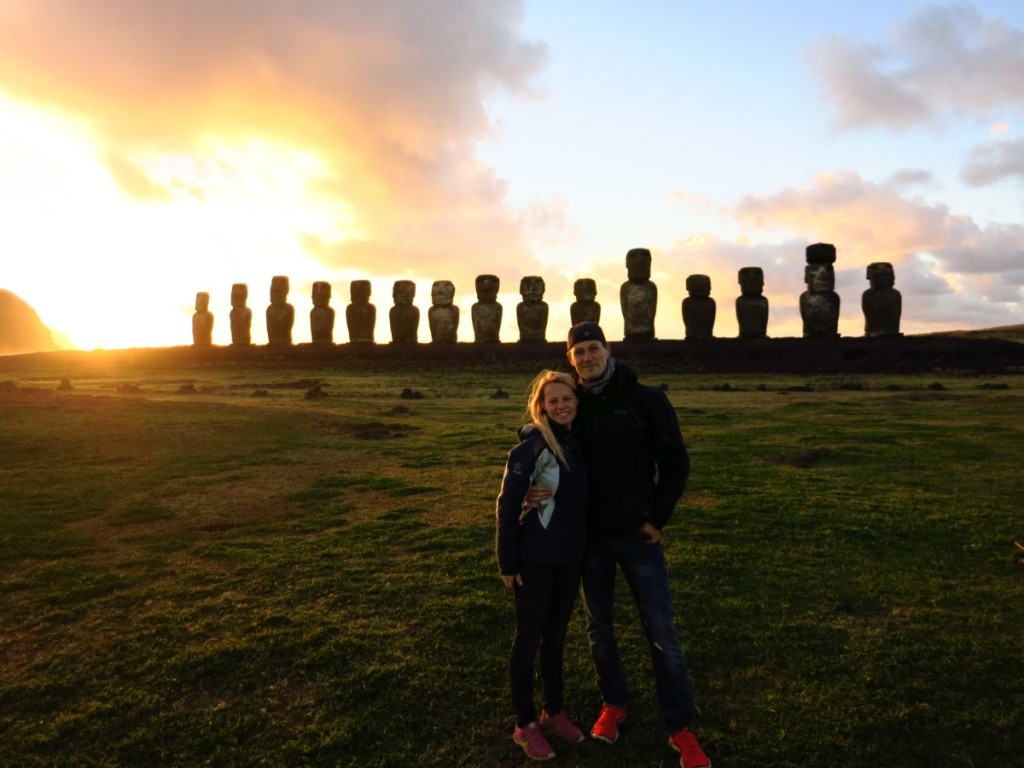 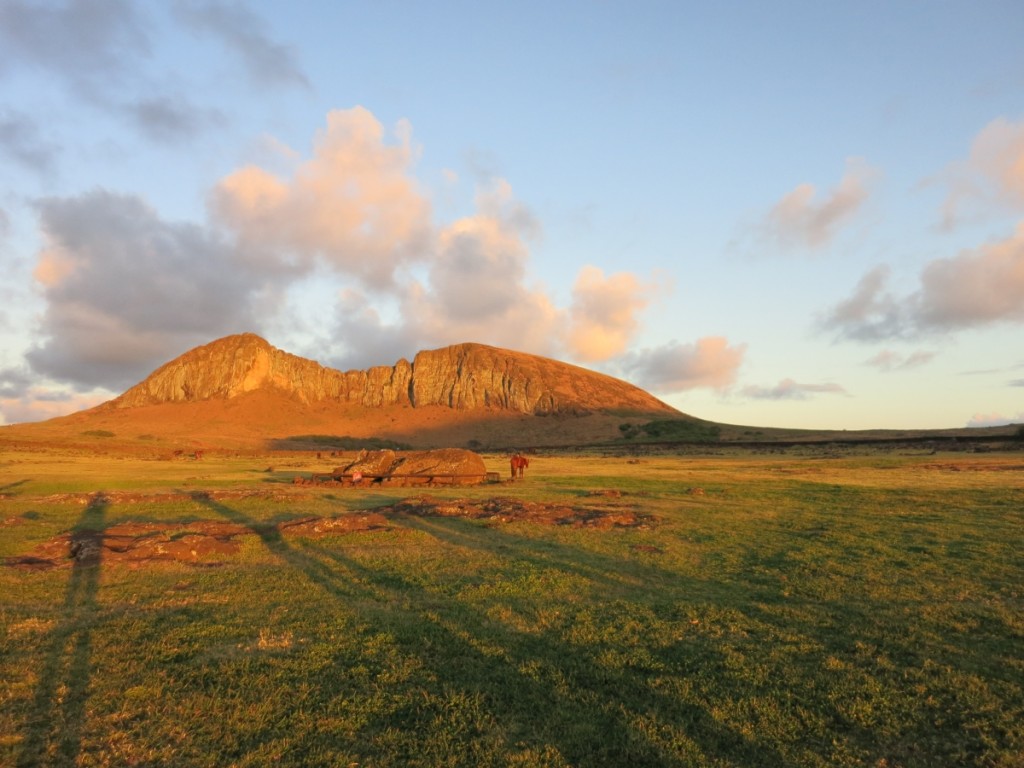 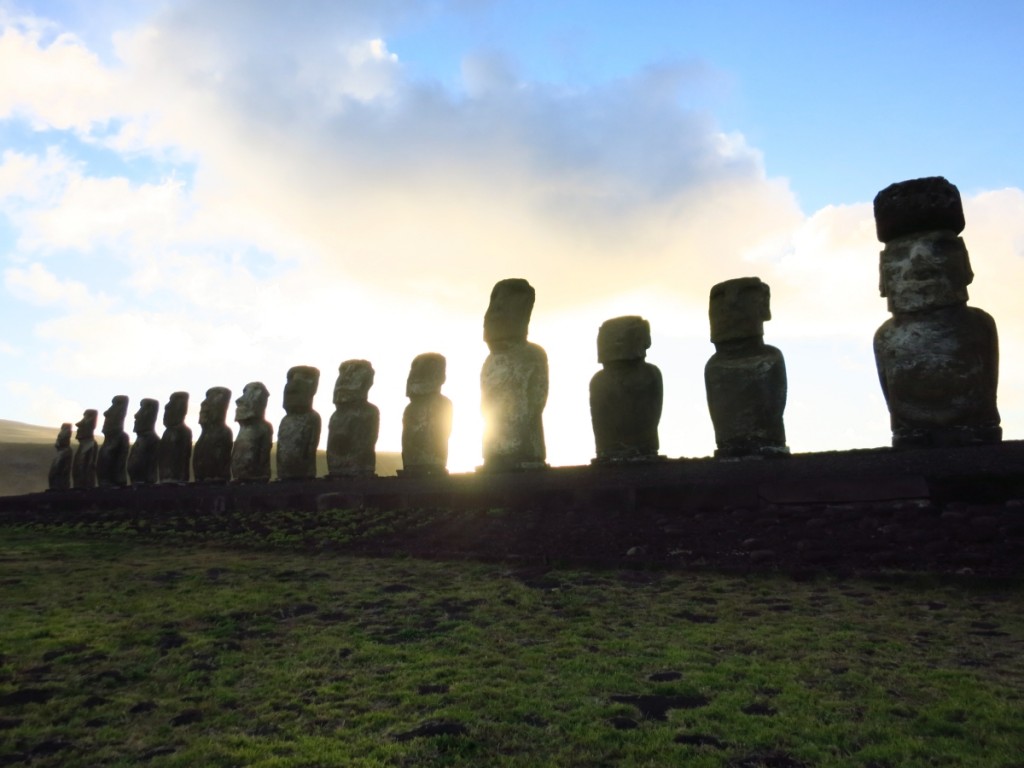 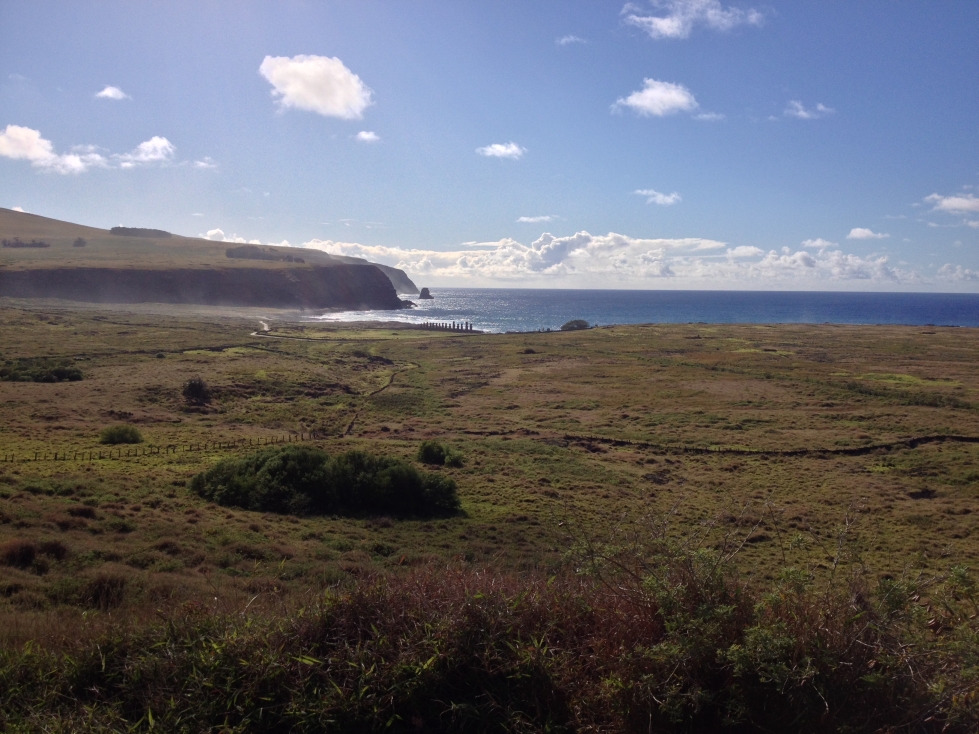 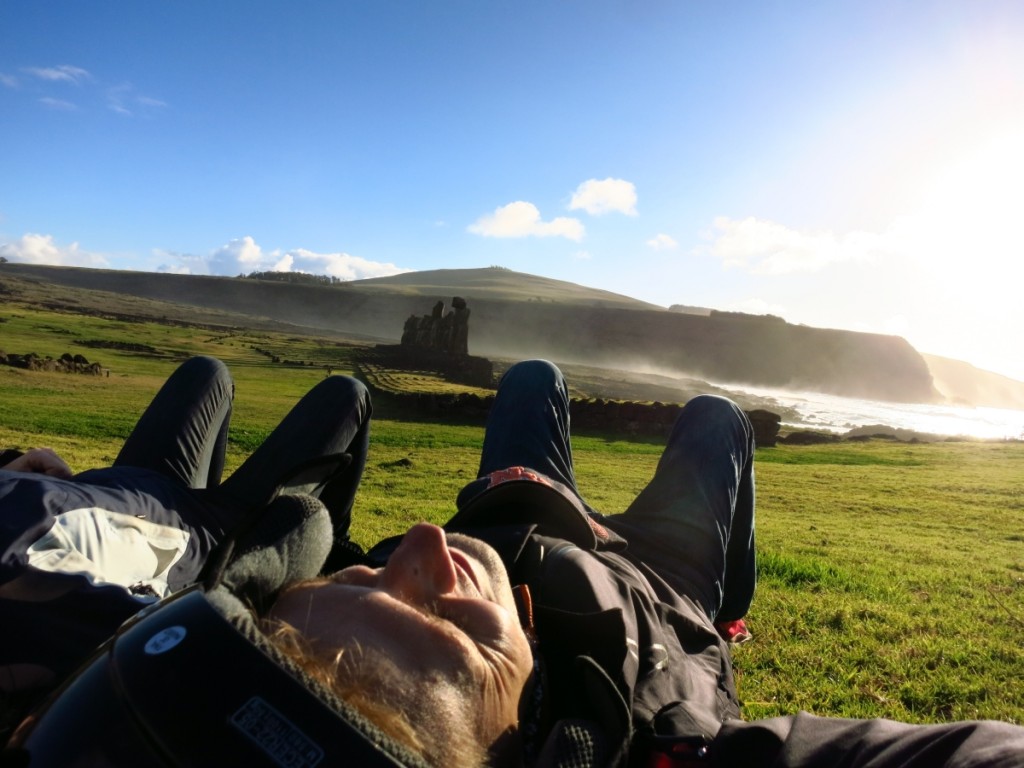 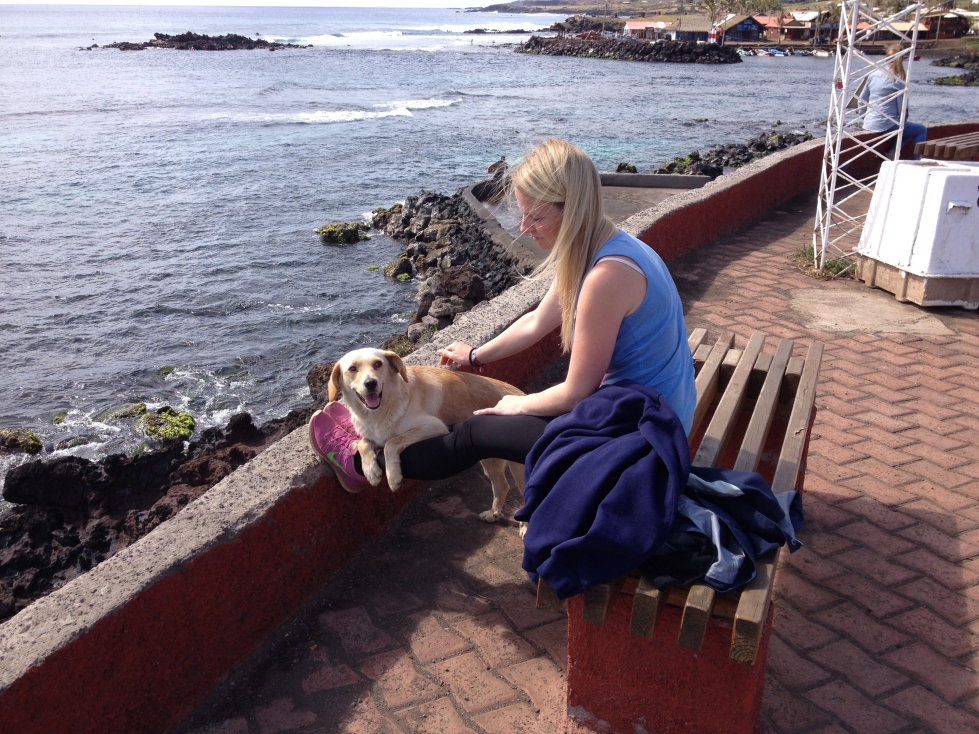 Impressions while hiking (cave made by a lava tube, cows, Moai`s and beautiful landscape) 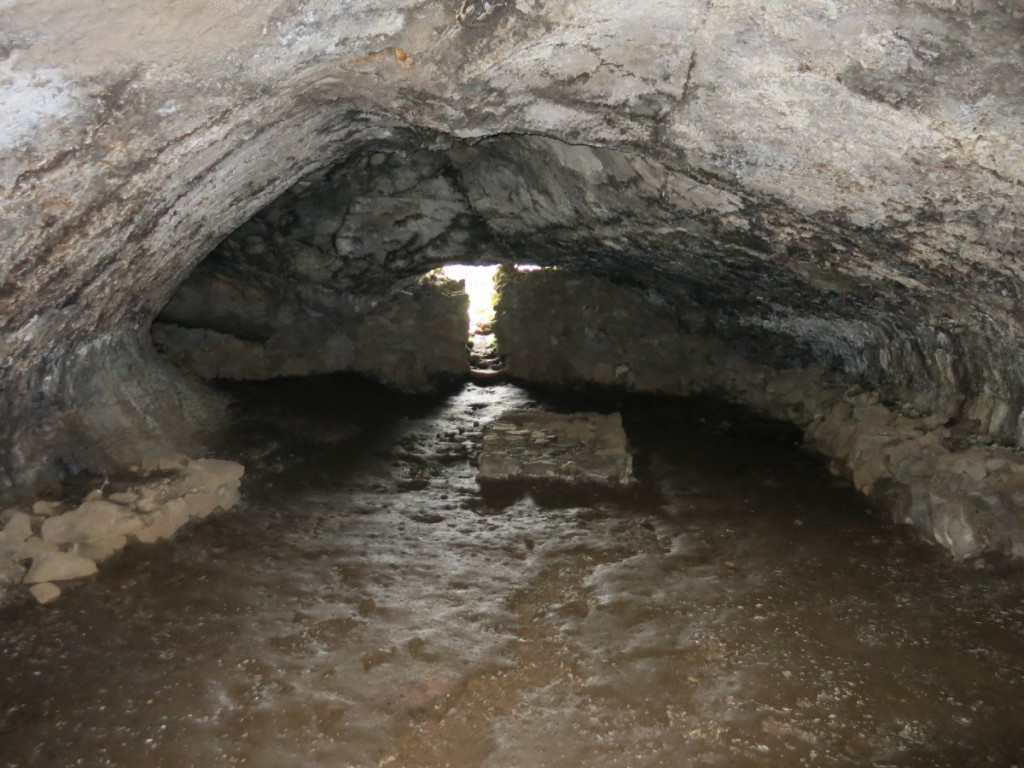 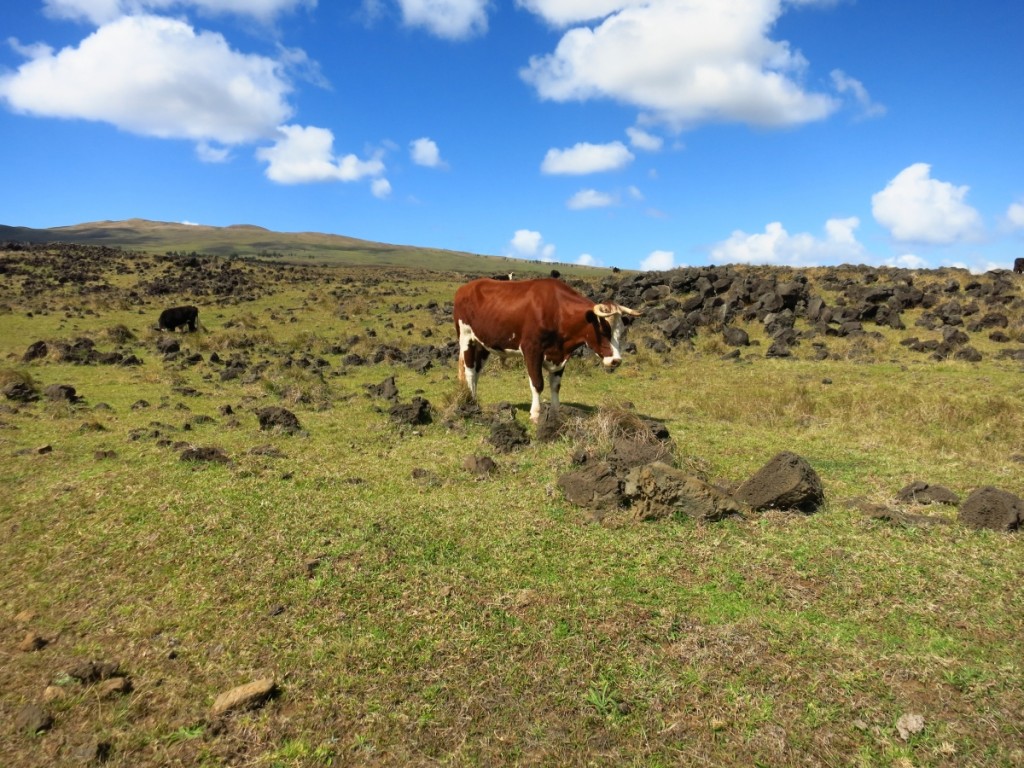 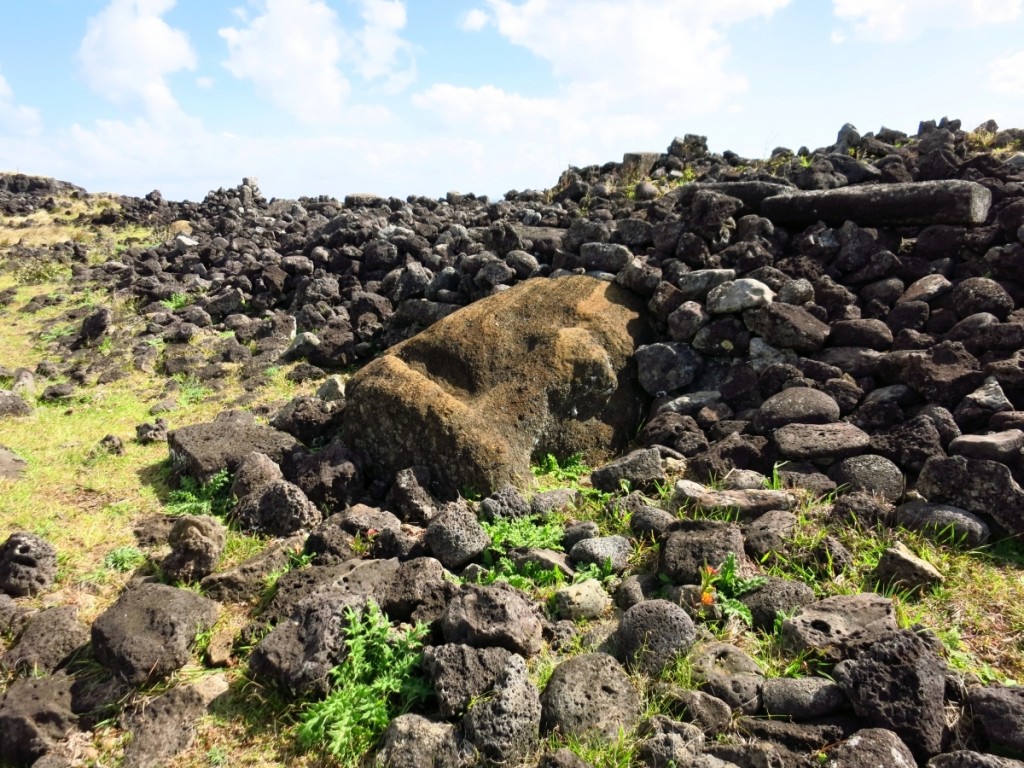 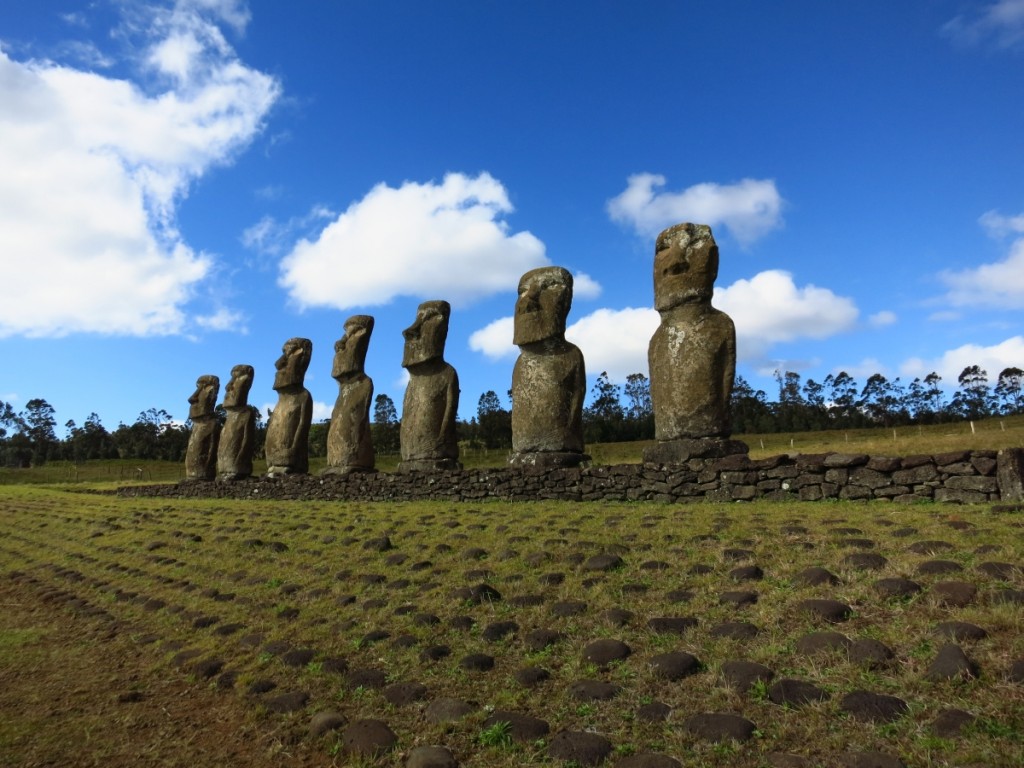 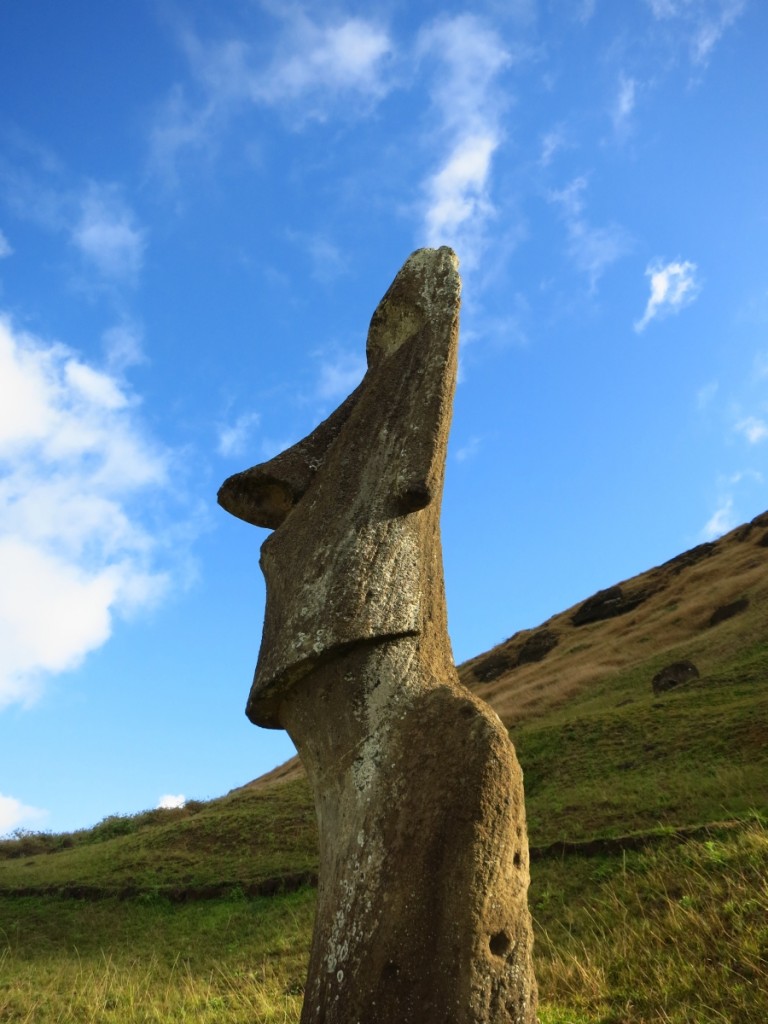 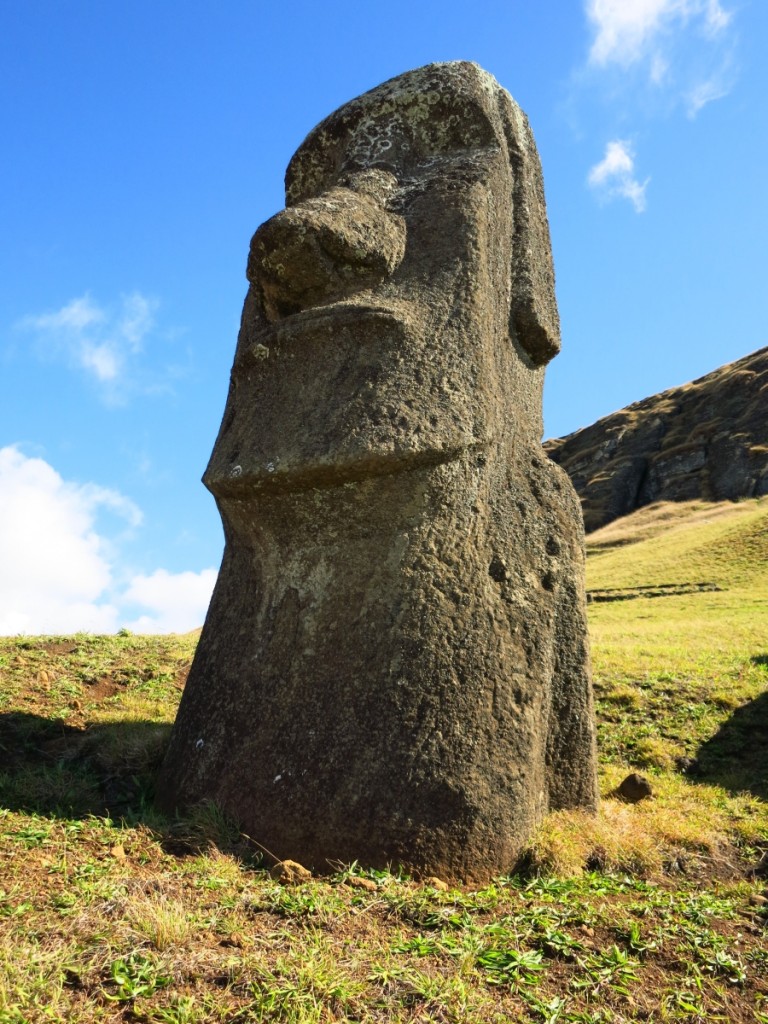 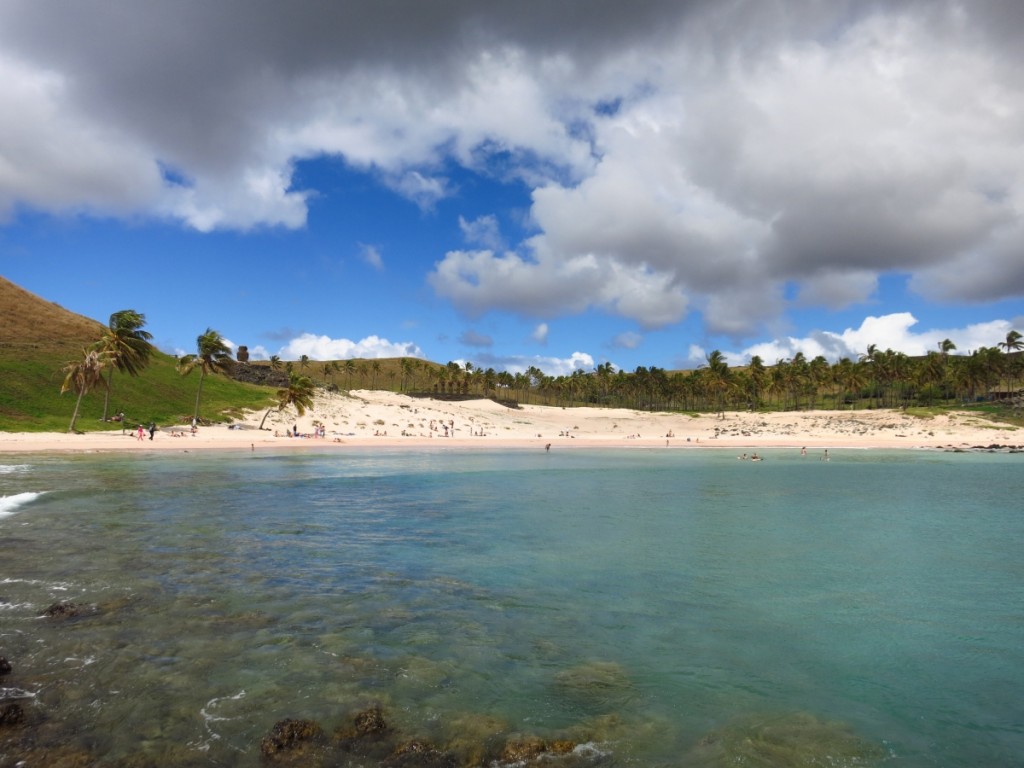