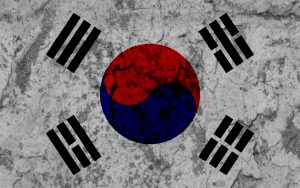 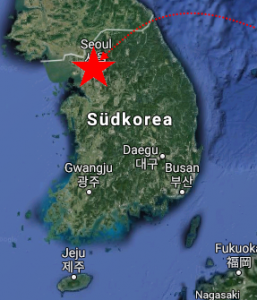 Seoul - Coffee places as far as the eye can see

After arriving late and nearly freezing to death (-14 degrees) we found our cute little hostel in the student area close to Hongik University called Hondaeg. The room was small as expected but the bunk beds were really comfy. The best thing - it was really really warm.

Exhausted and craving for good food we found an authentic korean barbeque place with only locals. Neither couldn´t we read the menu nor did we have any idea what to order. So we asked the waitress to decide for us. In the middle of the table was a built-in barbeque. Different types of meat, rice in a bamboo bowl and some other things were served to us. Having no idea how to eat it the right way we just copied our neigbours and wrap the meat with lettuce and added condiments such as - pajoeri (spicy scallion salad) and samjang (a spicy paste made of doenjang mixed with gochujang). The copy function worked very well besides the copied order of "suju" we saw on a neighboring table. Cheap alcohol with 20% (300ml for 3000kRP = 2,5€).

The next day the best tour guide ever (Niels) took me for a long walk along the Han River. The only thing he forgot about was how to get back. Completely freezing and nearly starved we found the way to the next subway station after 2,5 hours of walking. For the sunset we went for the famous "N Seoul tower" with popcorn and drinks.

On our lazy day we we took the hop-on hop-off bus but it wasn't really worth it because most of the sights we already explored before. In Itaewon (expat area) we found a great South African-run restaurant (Braai Republic) serving traditional South African food. After walking through the door the South African hospitality and the great vibe of that place grabbed us. We chatted for an eternity with the owner Rotney who is amazingly friendly. The food was awesome (Sausages and lamm chops with mashed potato and a local salad). Strenghend from the food the exploration continued until night. In the evening we went out with two people from our hostel and explored the crazy night life in Hondgae. 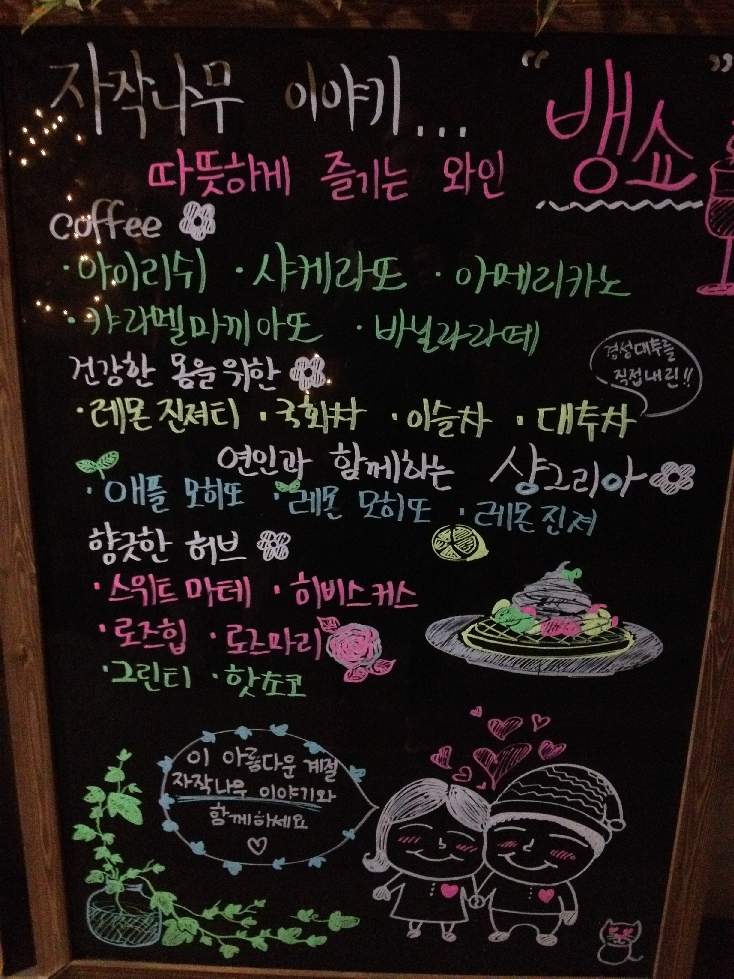 Area with some nice little cafés and restaurants 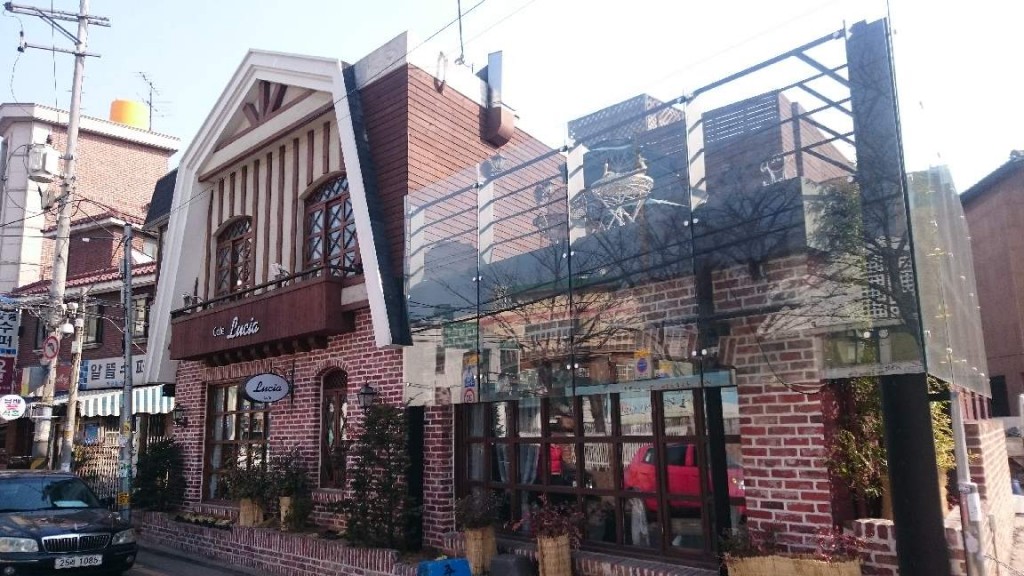 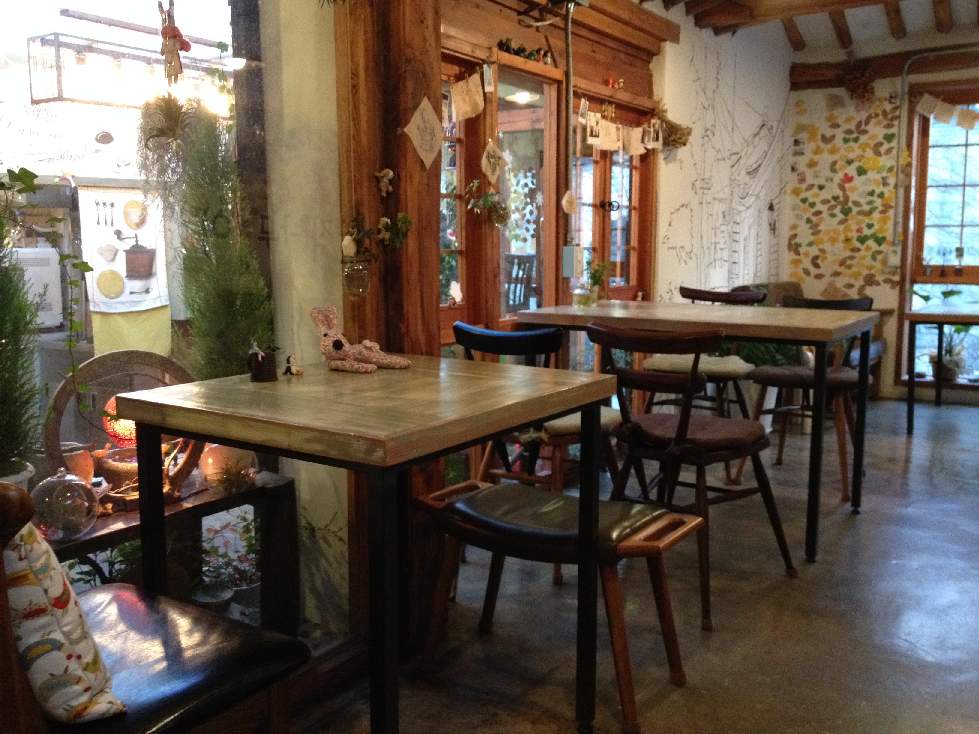 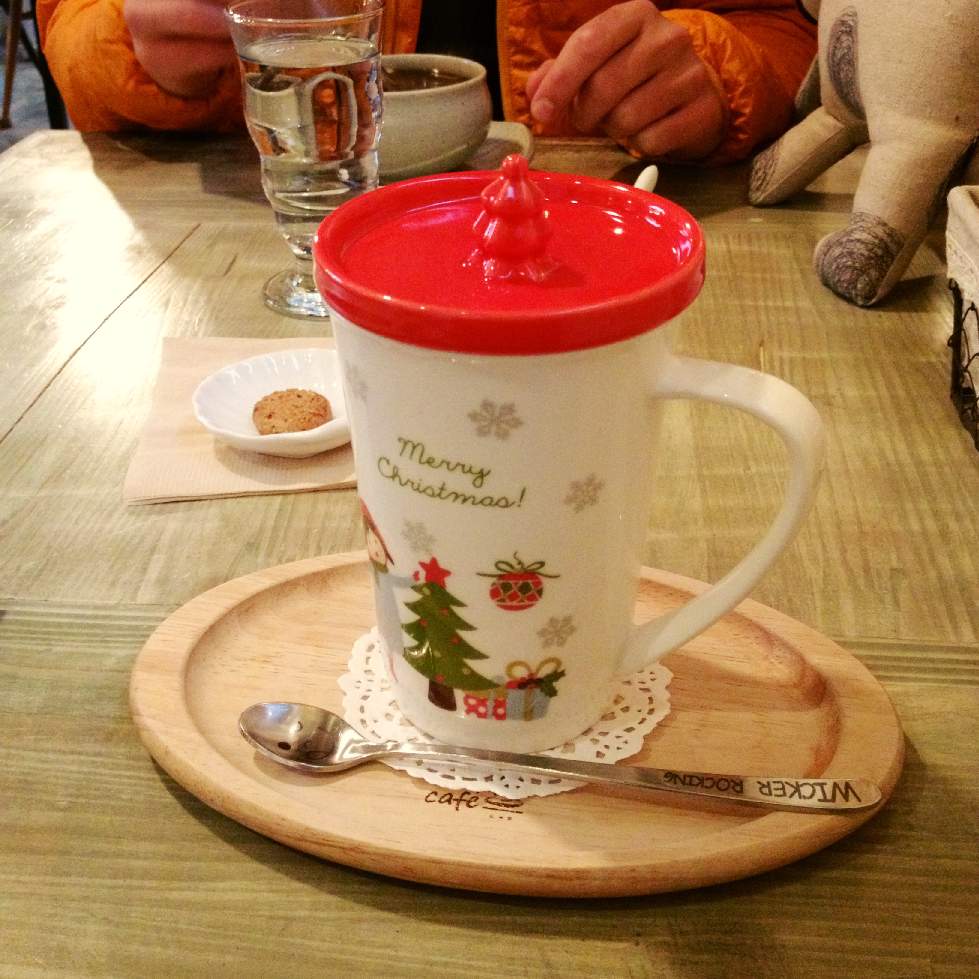 Smoke mask in the underground 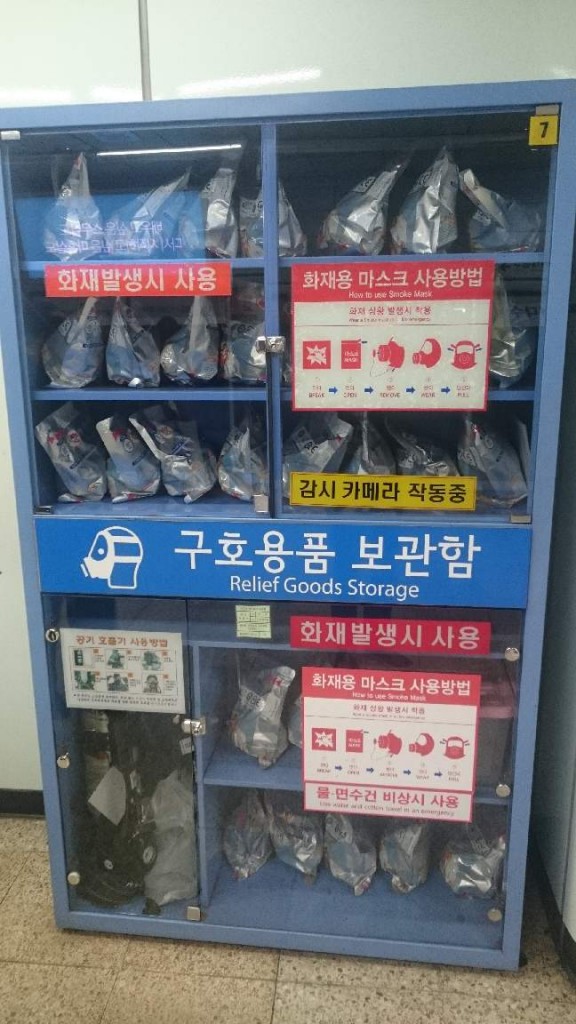 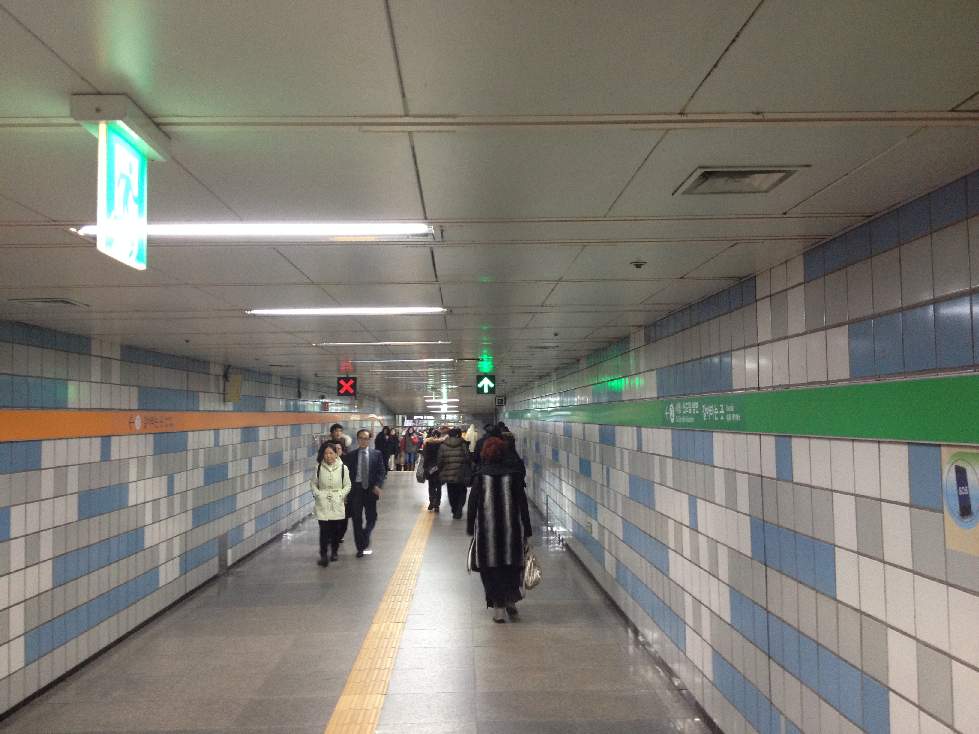 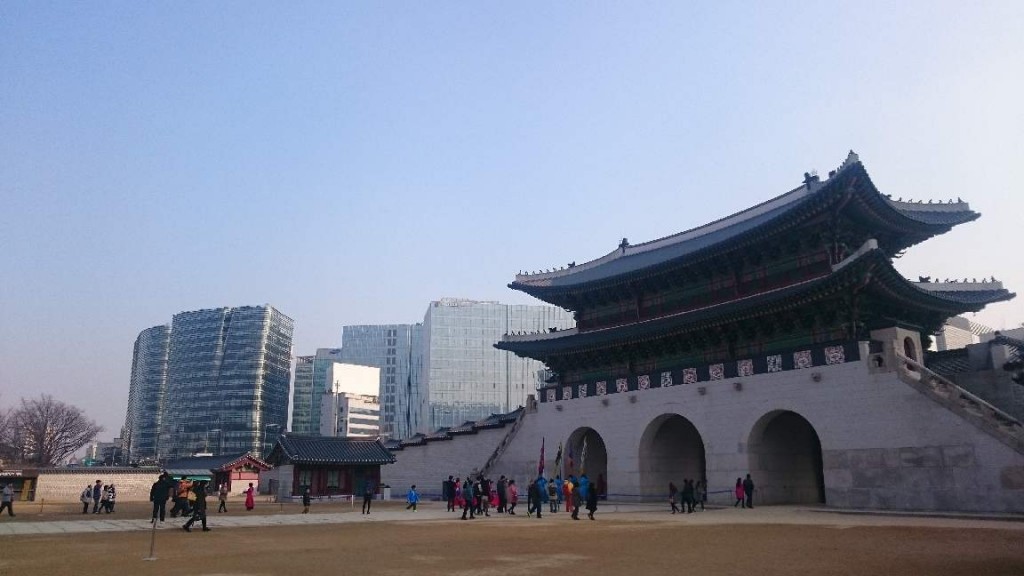 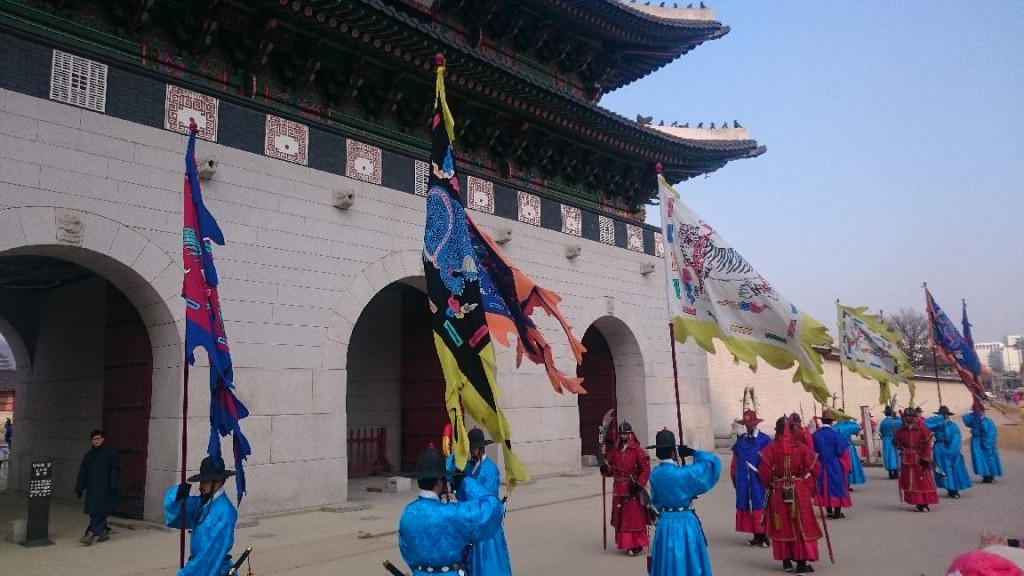 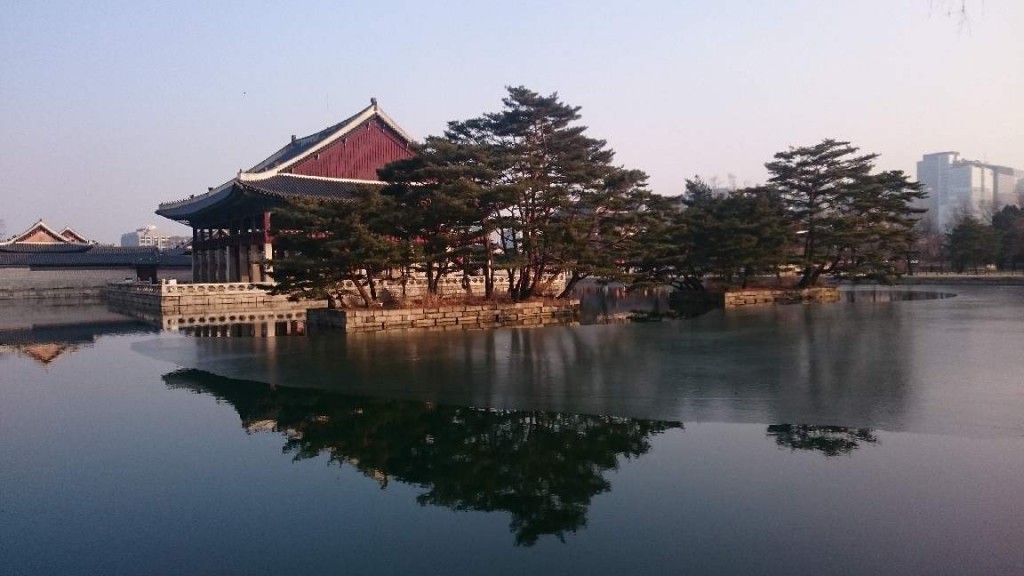 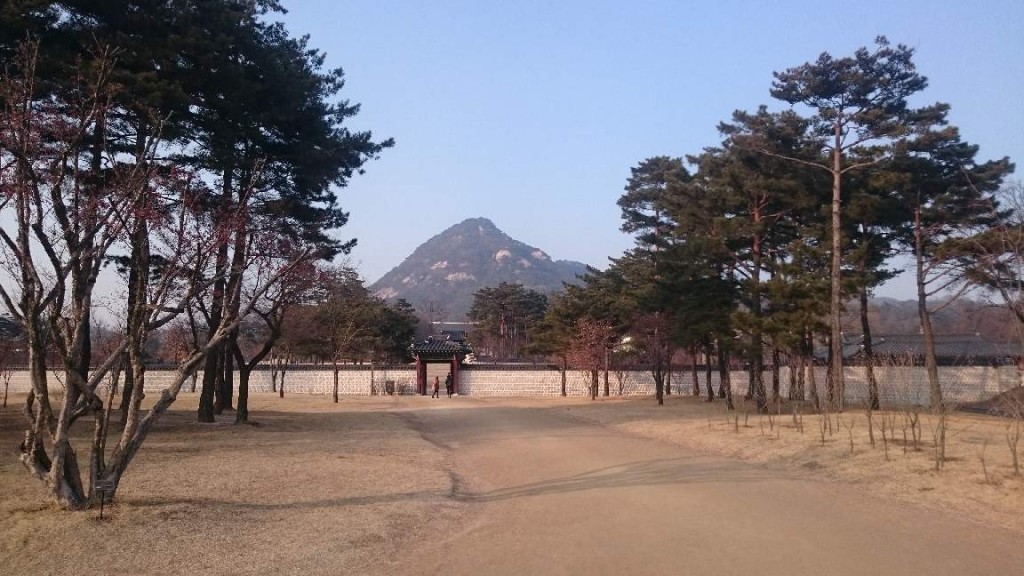 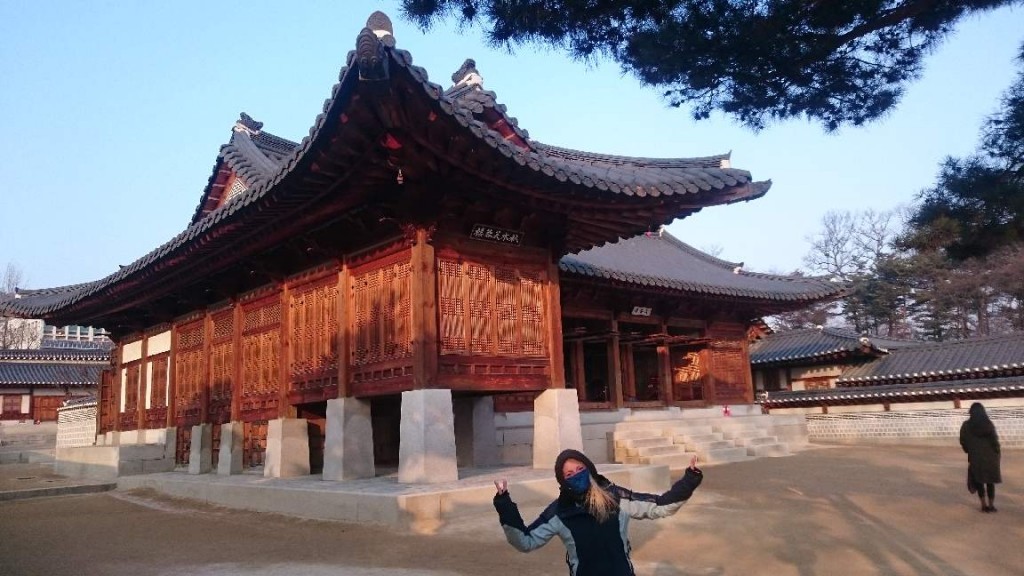 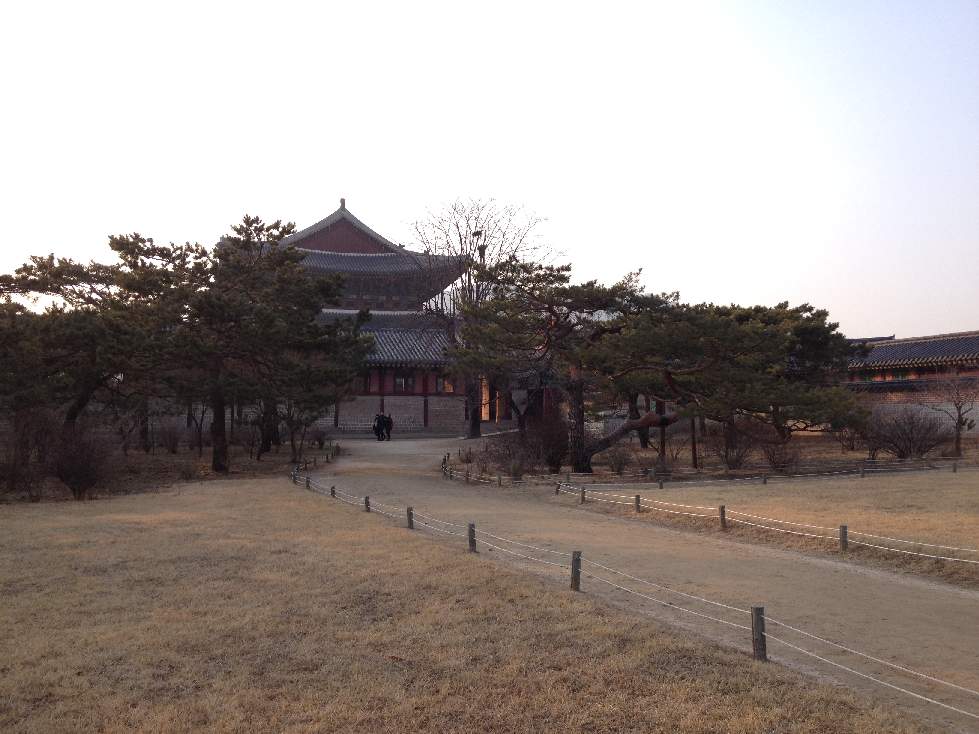 Gyeongbokgung Palace - Among the Four Royal Palaces in Seoul, Gyeongbok Palace is the most popular for tourists 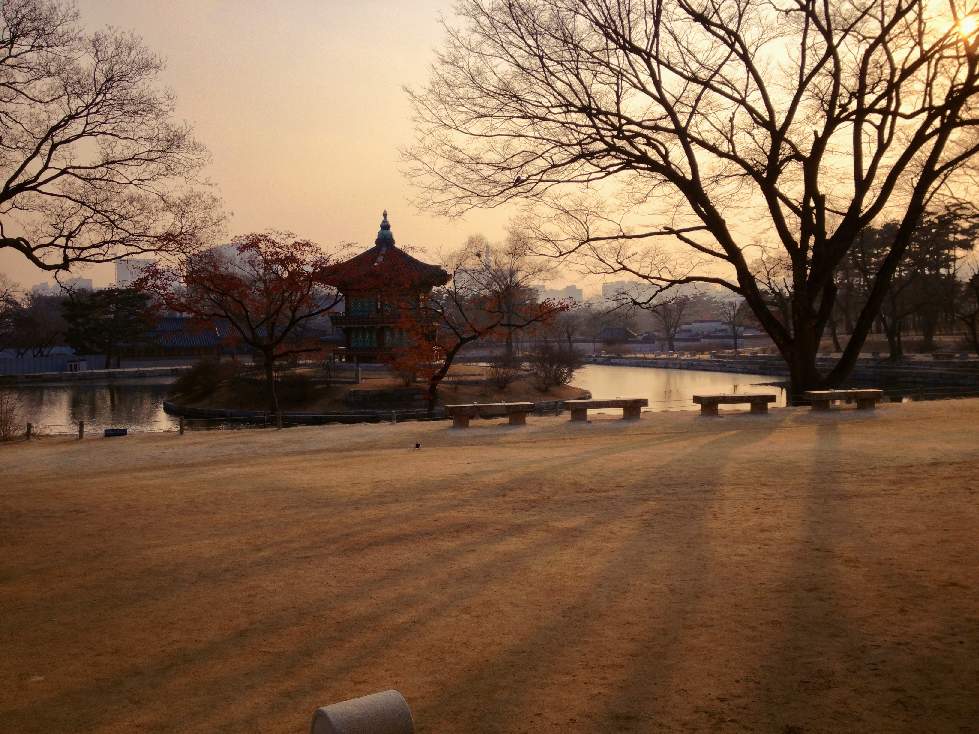 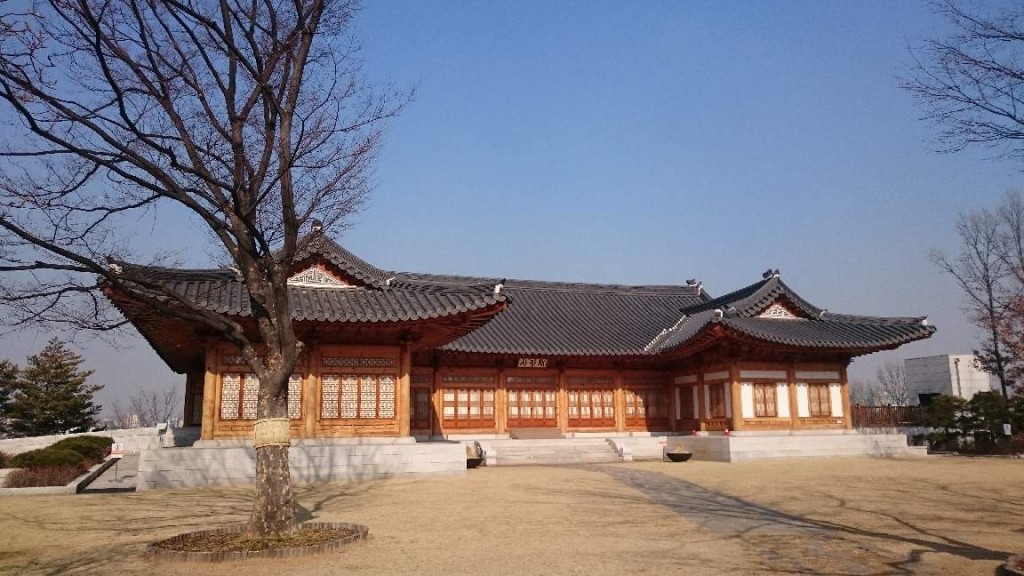 N Seoul Tower located on Mt. Namsan offers great panoramic views of the city, and has been a symbol of Seoul since it first opened to the public in 1980. 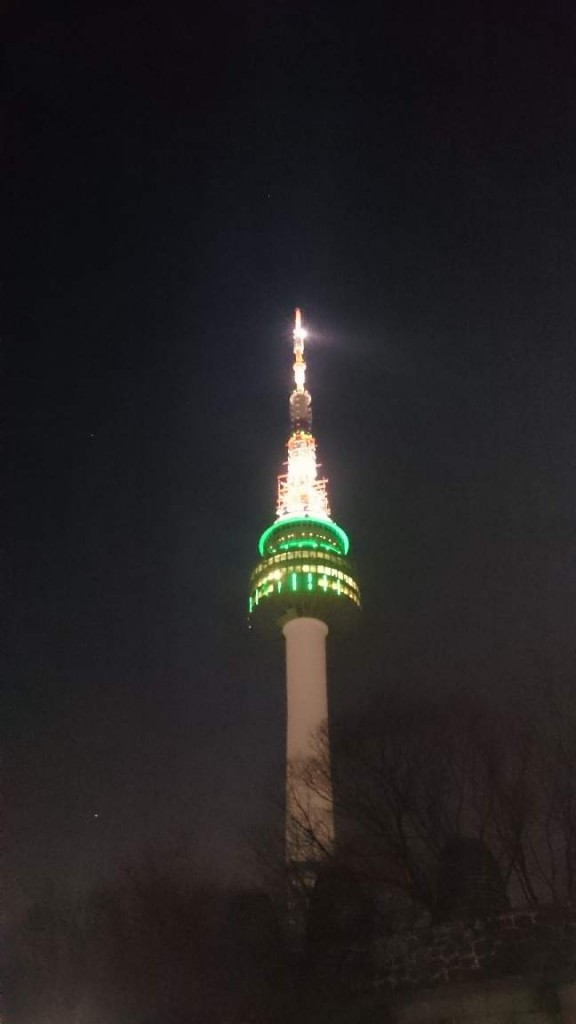 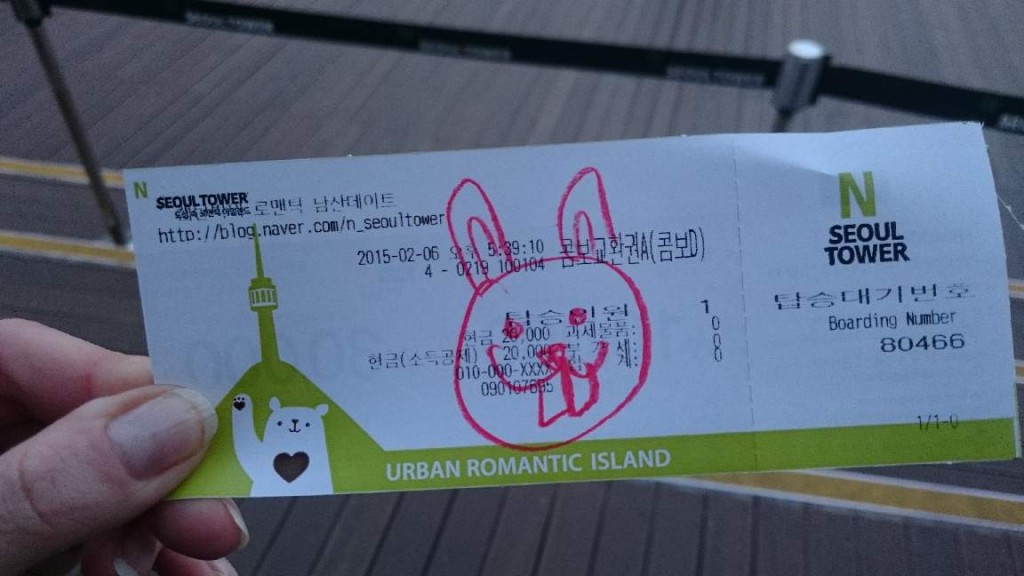 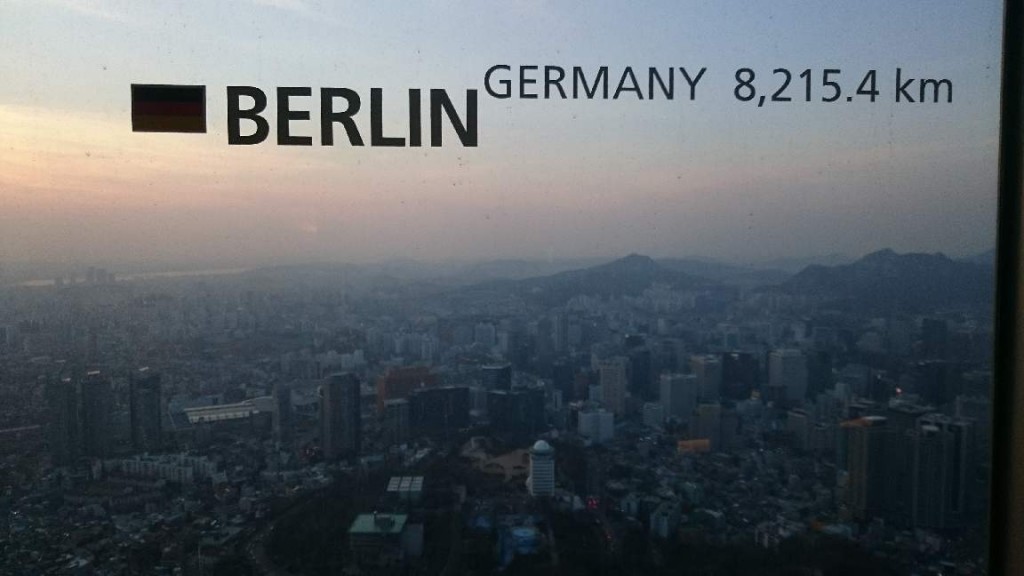 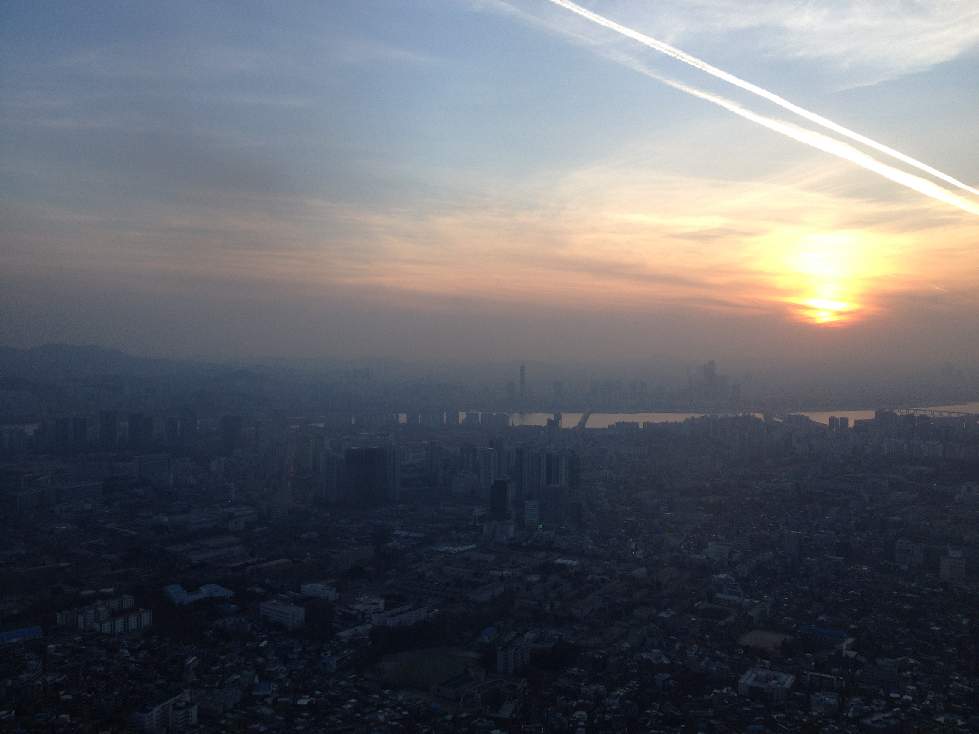 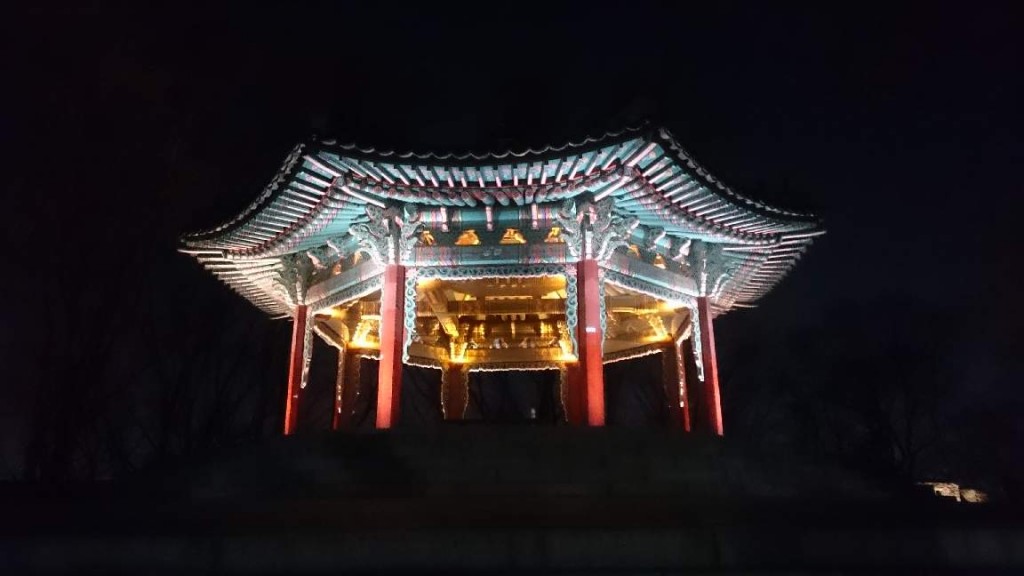 N Seoul Tower is a romantic pilgrimage for those couples who wish to declare their eternal love. A symbol the countless love locks at the railings 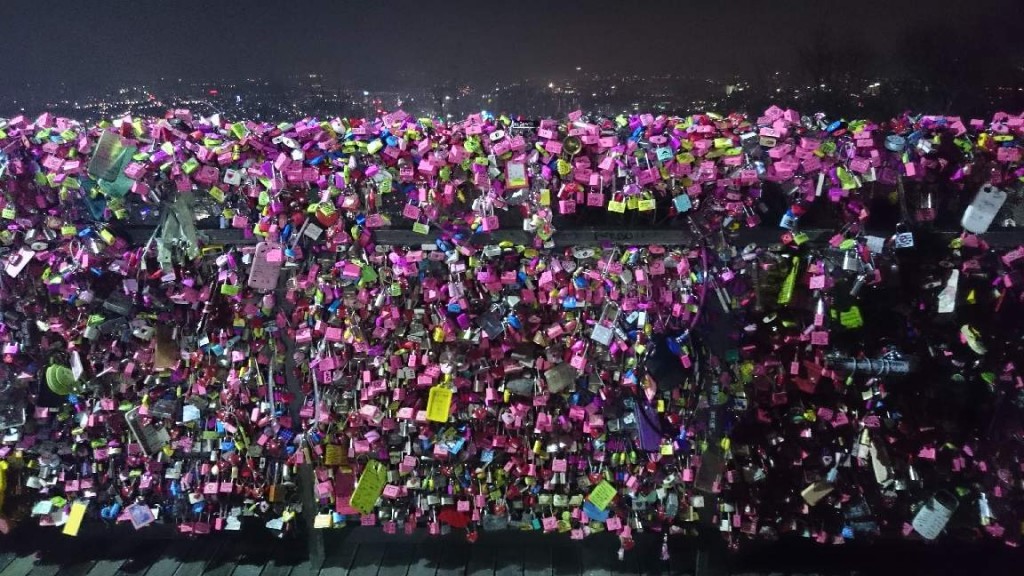 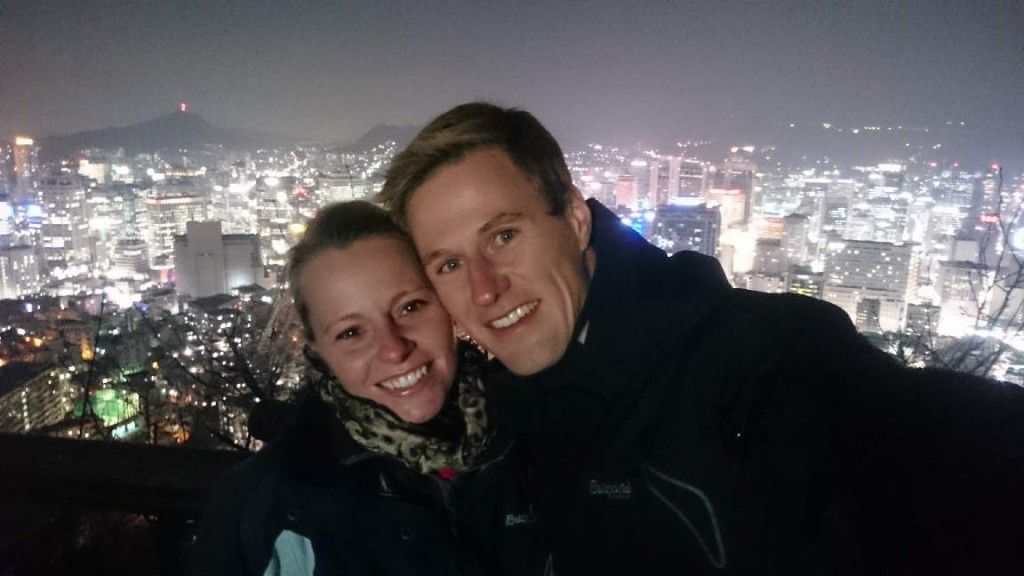 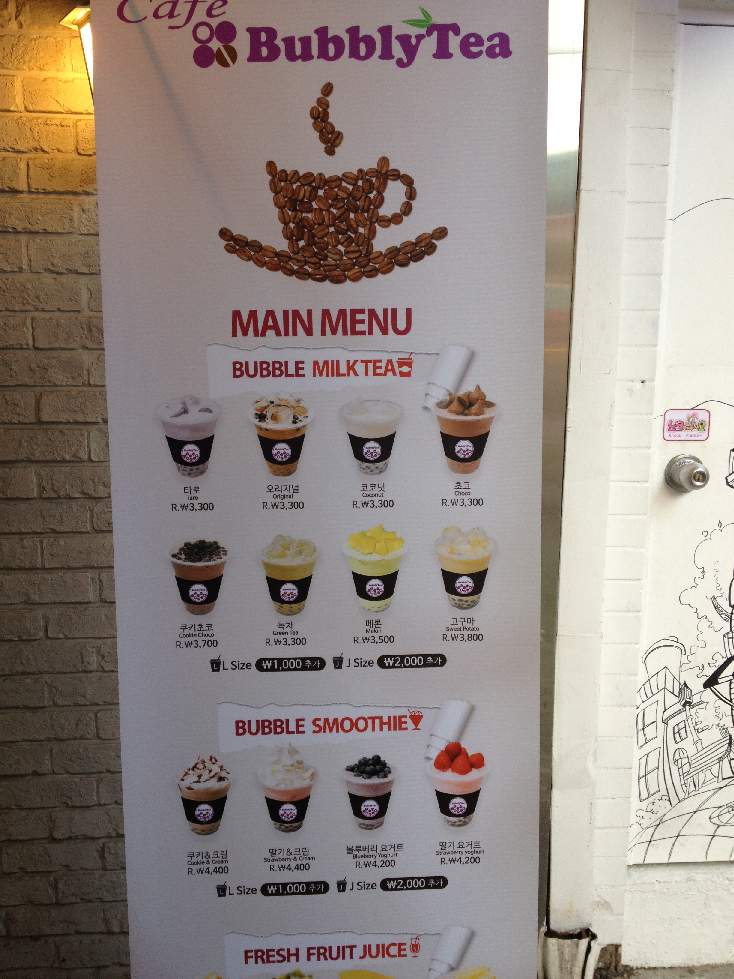 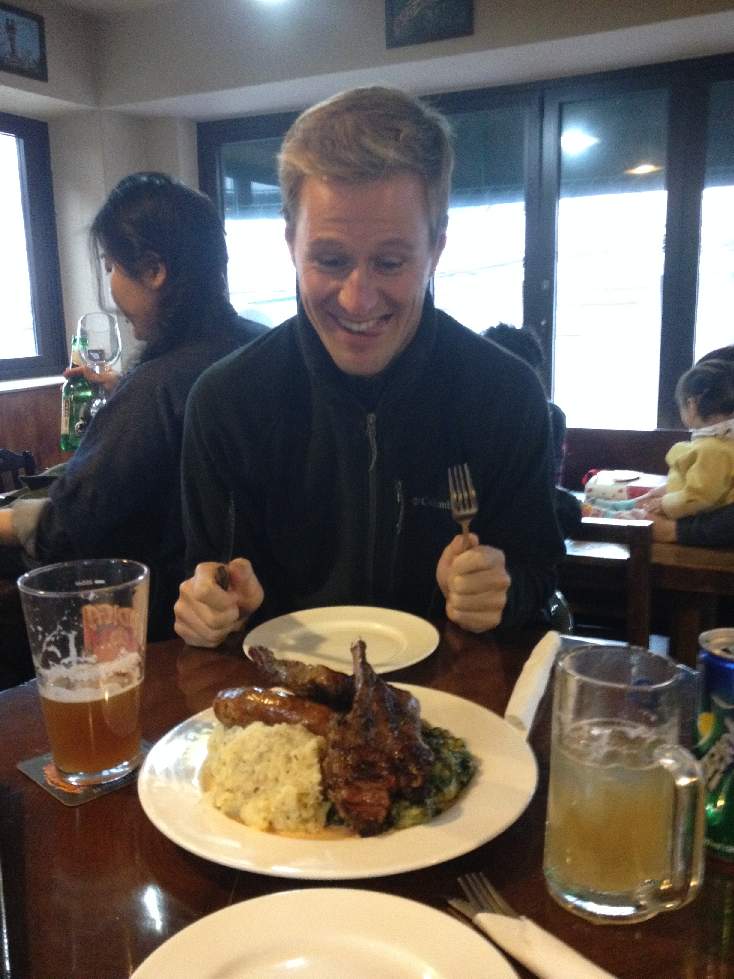 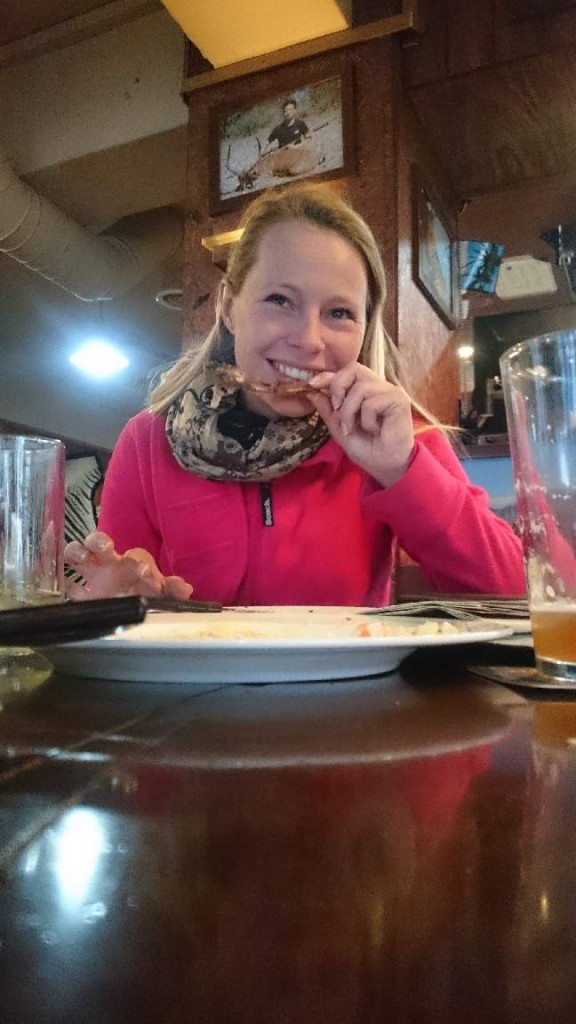 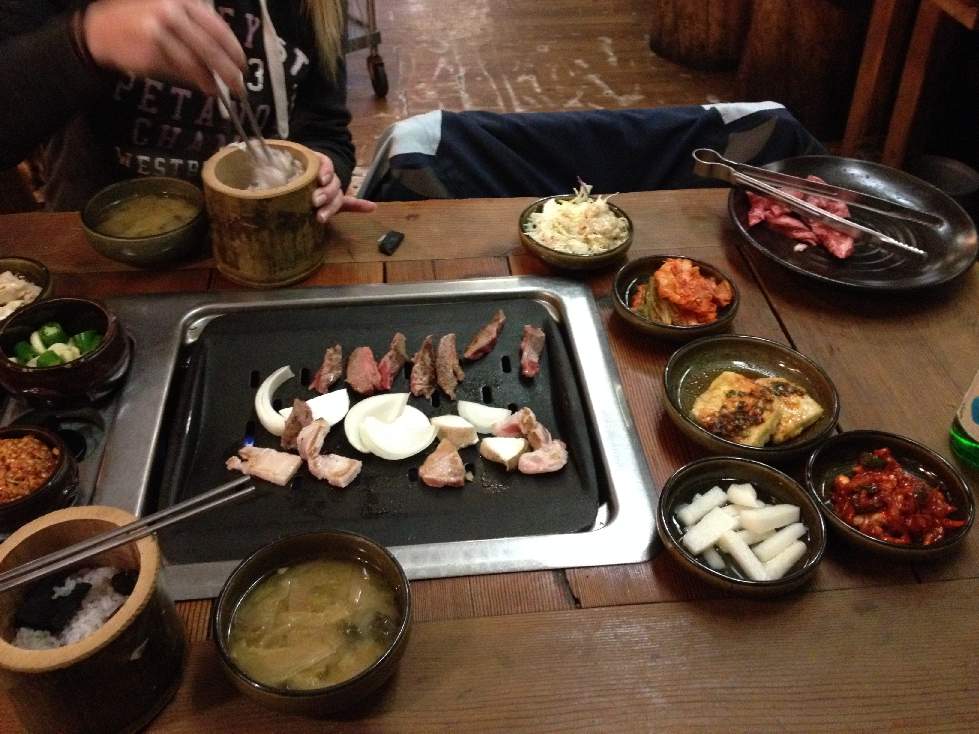 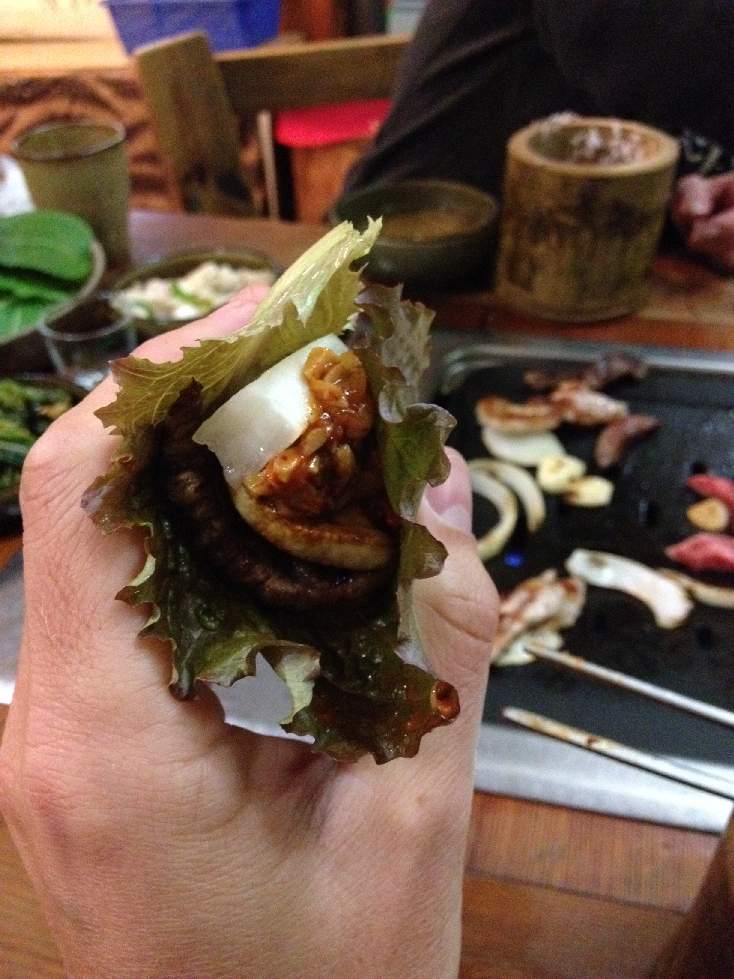 Feeling like students again - having a coffee in the library 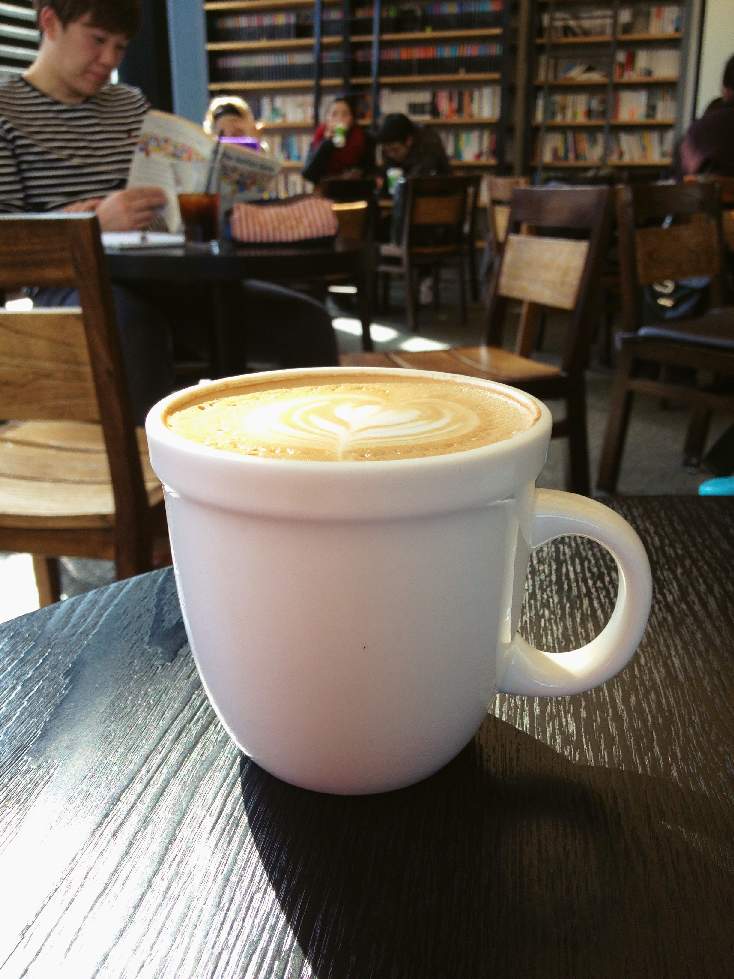