As far as the eye can see: “Kerrygold Land”. The most common landscape while driving around the North Island are atomic green fields with happy cows and sheep. The whole scenery seems to be a reminiscent of the Kerrygold Butter…

Our first stop were the Waitomo Caves. They are famous for their huge number of glow-worms. First the tour led us through stalactites and stalagmites into a large cavern from where we took a boat into the pitch black. After a while the whole cave ceiling started to glow – looking like the Milky Way. By producing light Glow-worms attract mosquitos or flies which follow the river into the cave. With their sticky fishing-rods their prey gets caught.

Next stop Hollywood. Most of the “Lord of the Rings” and “The Hobbit” movie scenes were not shot in some film-studios but in different places around New Zealand. Hobbiton is one of them. If you like the movies we’d highly recommend going there. You’ll feel like being in the movies themselves. The whole scenery is very beautiful with a love for detail some might call sick. The tour guide gave us some insights of director Peter Jacksons work. He must be a crazy perfectionist. For example, he made the workers built a tree with 10th of thousands of leafs. After the tree was built he didn’t like the color, so every single leaf had to be recolored by hand.

The next few days we met Dimi and René (see section “People”), who were also travelling in New Zealand. While chatting and eating a lot, time flew by. Due to the very good and plentiful food we needed some activities after saying goodbye. The Tongariro Alpine Crossing which is supposed to be the best day walk in New Zealand was the solution to our growing bellies. The whole track is 19,4 km with an altitude between 900 and 1.800 meters above sea level. The views of the volcanos and the beautiful green colored lakes were amazing – worth every single step. After staying near Wellington for the night, we gave the city a short visit before finally saying good-bye to the north island. The Ferry ride to Picton through the Cook Strait offered nice views of the Marlborough Sounds.

Hobbiton with its beautiful scenery and the hobbit holes 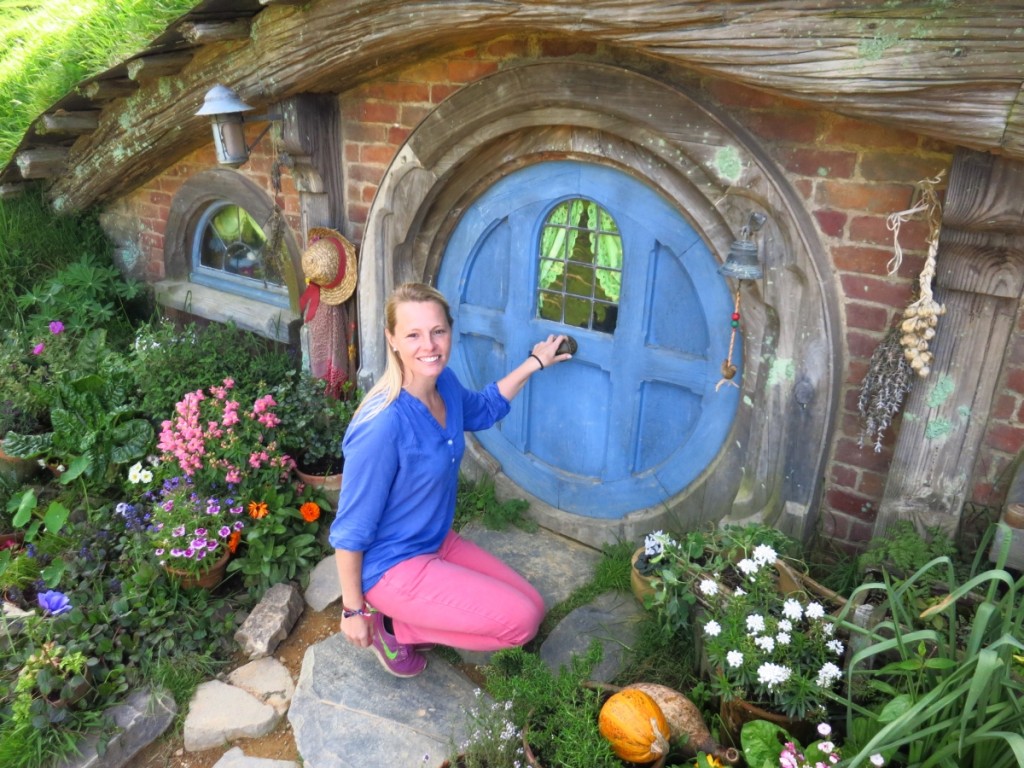 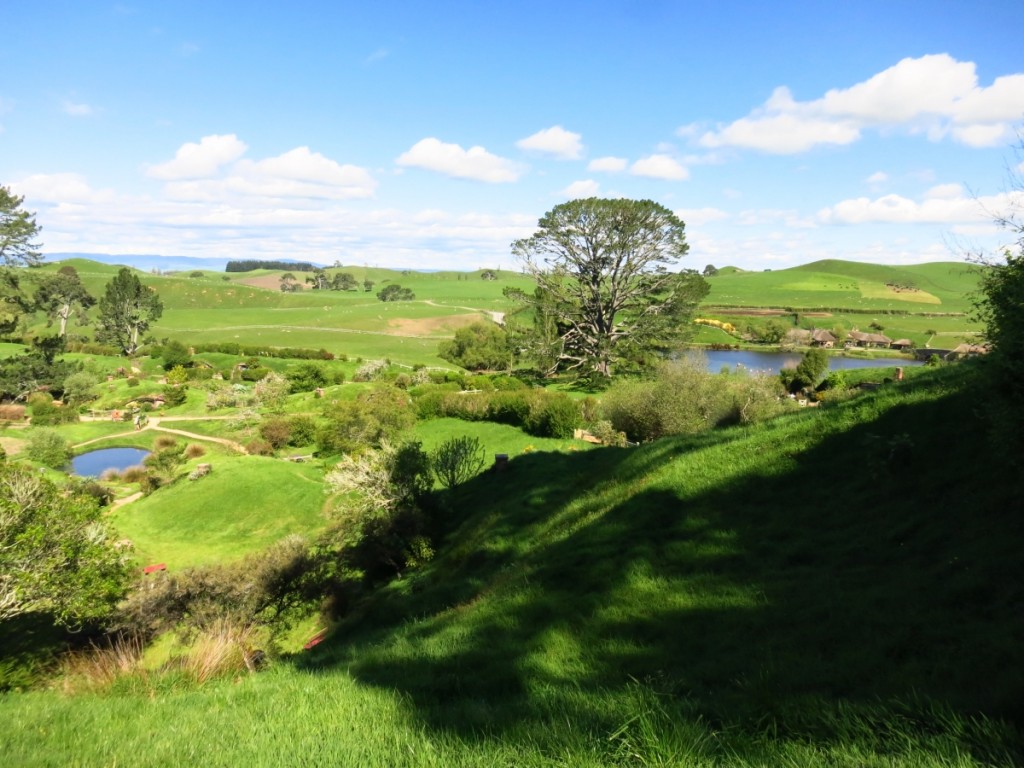 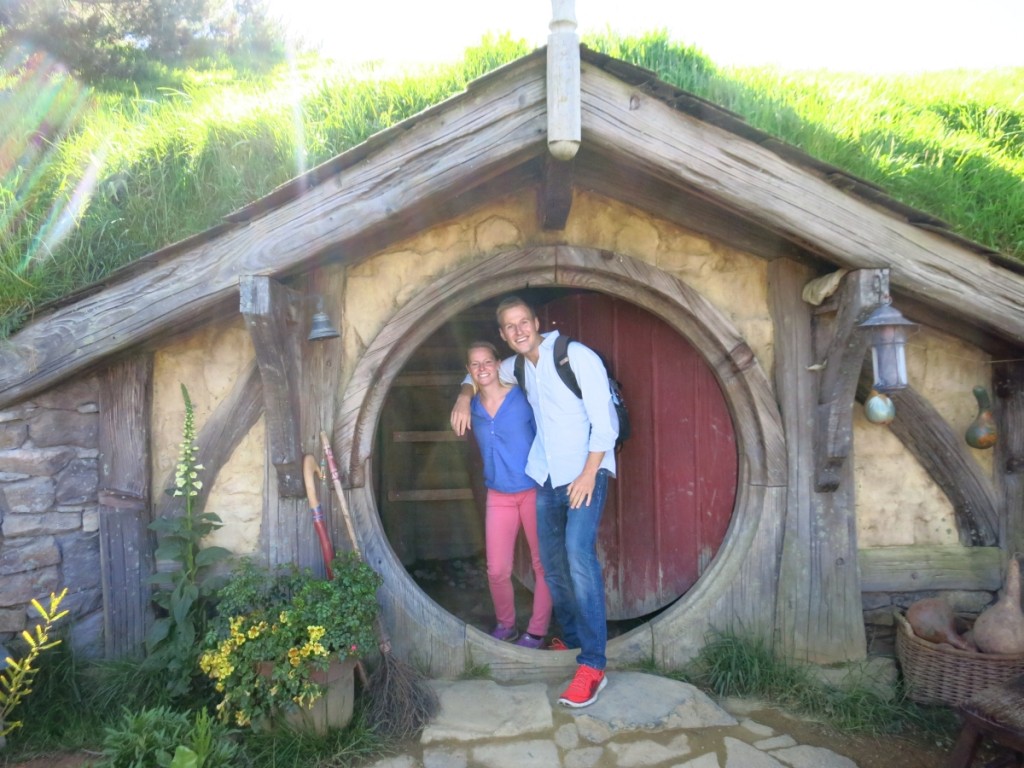 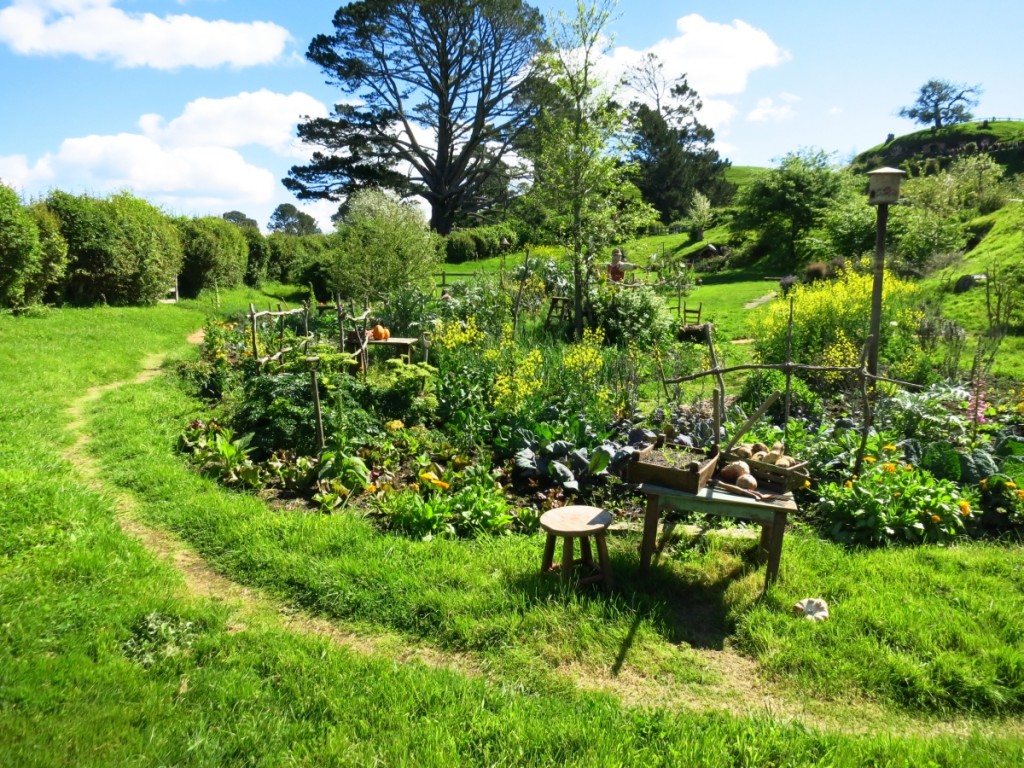 Breakfast with Dimi and René 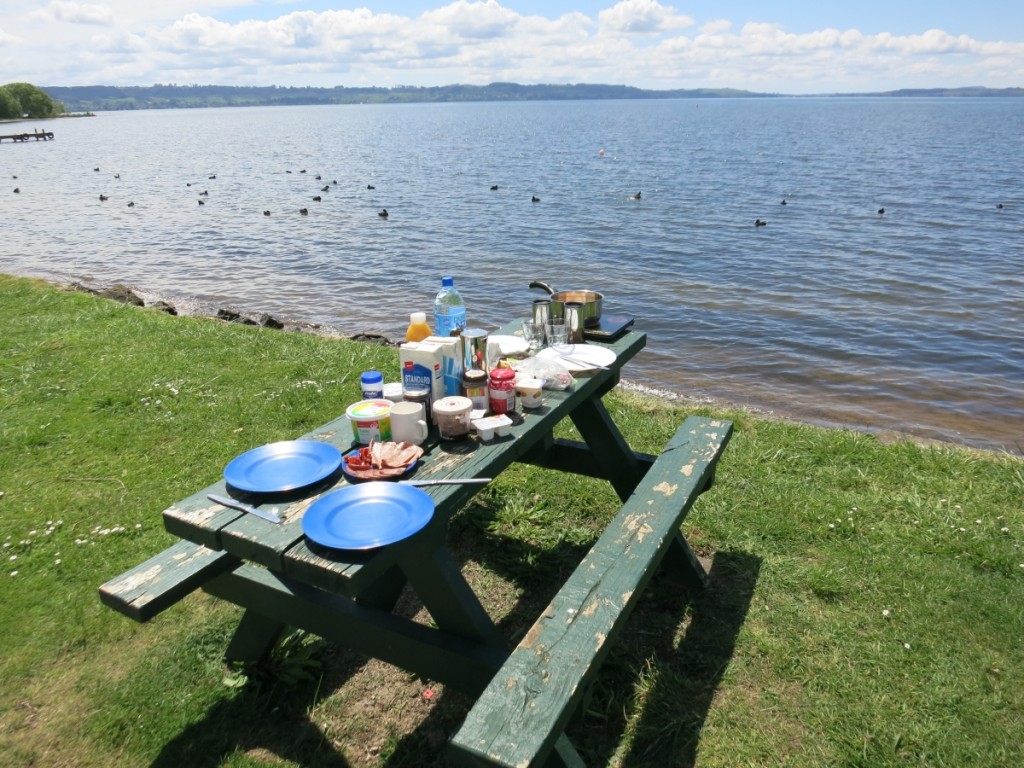 View from our campground, surrounding and our cut neighbors (in the southern hemisphere everything seems to be the other way around the swans are all black) 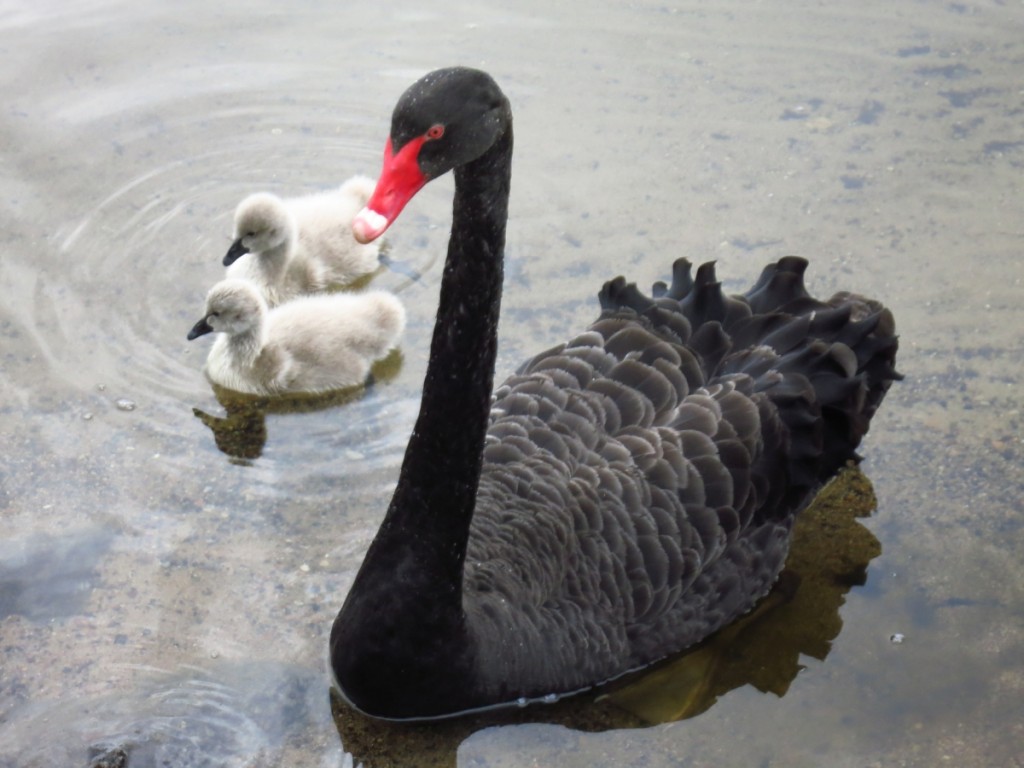 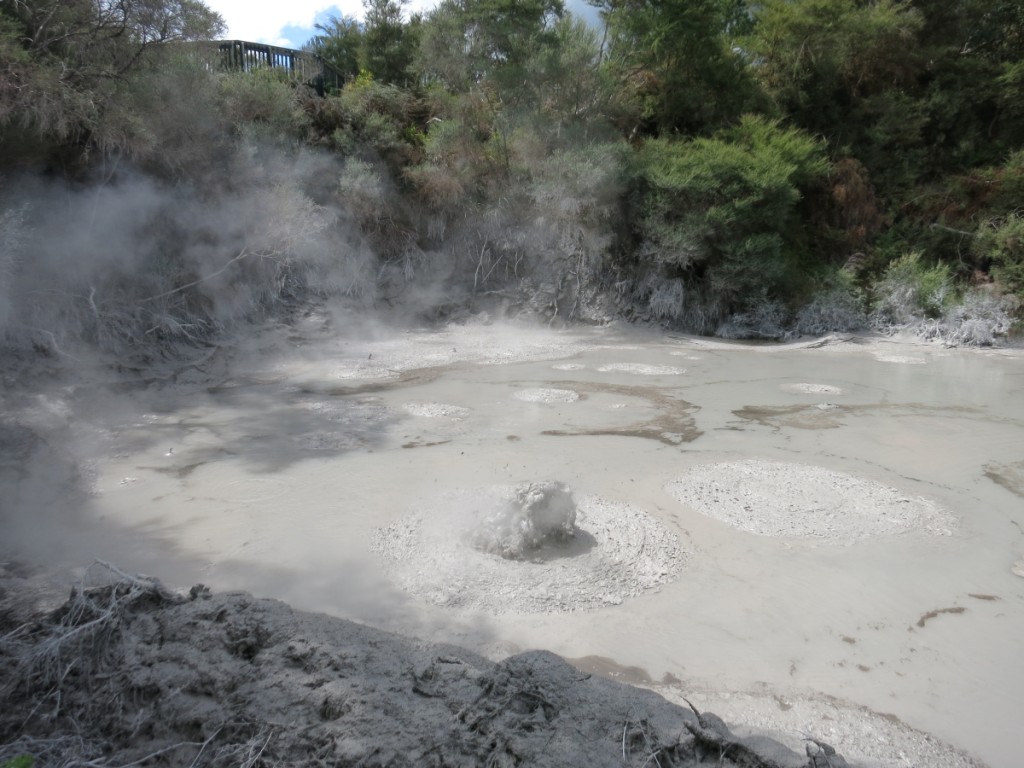 Impressions of the Tongariro Alpine Crossing 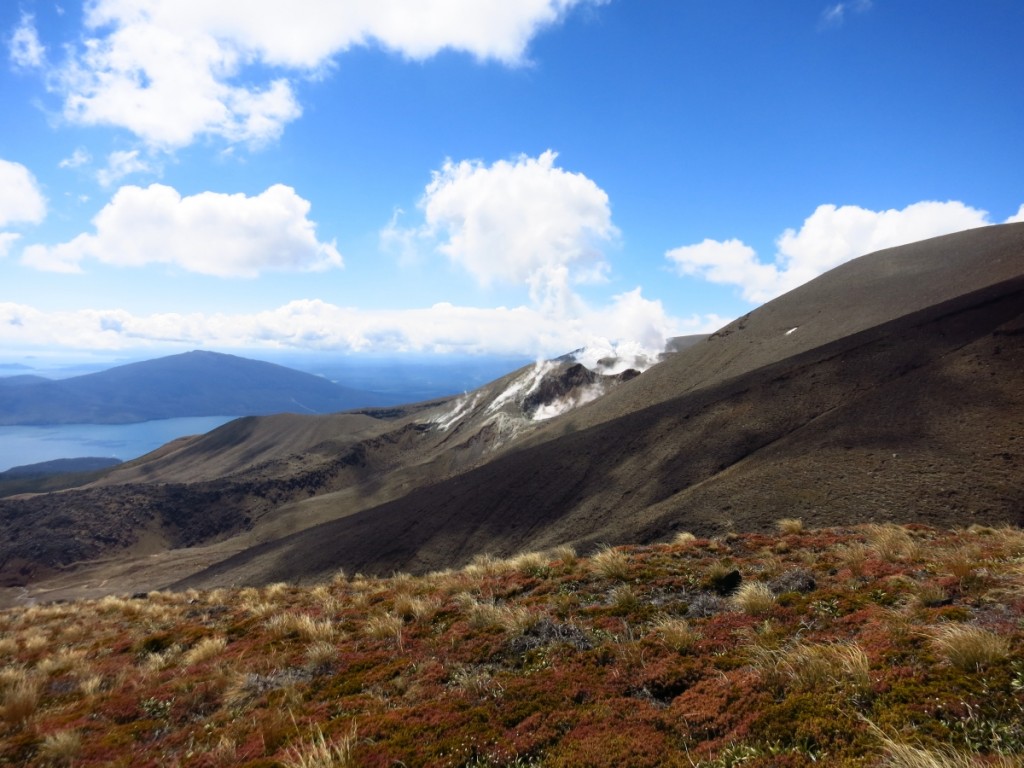 View of the Lake Taupo

Some islands in the Cook Strait