What should I say: we made it, we climbed Conception! But let me start at the beginning and in this case the beginning is very early, to be precise at 5:30 in the morning. That’s when Hernan, Rafat, Robert and I (Niels) got picked-up.

The real story told through the eyes of Lara: “We held hands and skipped across a sun drenched meadow, singing merrily. Having downloaded several photos of the volcano summit from Google, and convincingly dirtied our trainers, we headed to the nearest bar, sinking a few Jagerbombs before heading to Ometepe Babes (the local strip club) to contribute some American dollars to the local economy. Rafat come away with a nasty case of pink eye, but it was otherwise excellent and a great way to get to know the locals better  – Rob was particularly grateful for the opportunity to practice his Espanol – “Me Gusta!!!!!”. After ten hours of la vida loca, we headed back to base camp, with our prepared story at the ready (our hangovers were already kicking in so we looked convincingly exhausted), ready to bask in the glory. The girls totally bought our story, what silly billiys.”

Back to the original story… The way to the base camp is a 2 km sandy walk. It takes around 1 hour to get there. Starting from the base camp it is only 6 kms to the top. The peak is at 1.6 km altitude. You do the math about the average gradient – it is steep – very steep – sometimes too steep. The first 1 km of altitude you climb through rain forest. On the one hand that means the path is shady on the other the humidity is rather high. The way up consist of a never ending sequence of roots forming a long stairway. As soon as we reached the end of the rain forest all of us were exhausted already. The view from up there makes you forget about your burning legs. We had a 10 minutes break- meeting two other groups on their way up (only one of them made it to the top).

The path only continued to become harder, it got even steeper, no more roots forming stairs and slippery lose stones. None of us expected it to be that difficult to climb up there. After another 350 m of altitude one of us had to give up, constantly slipping of stones and nearly falling over made it impossible for him to go further. Our tour guide had to attach him to a rope for safety reasons. So three of us were left alone in the middle of a very steep volcano (you needed to search for a place to sit and not sliding down again). On top of all that clouds started to cover the whole volcano. Sight went down to around 40-50 meters. The atmosphere was spooky. After some time the tour guide showed up again and we started climbing again. “Only” 250 more meters seemed to be a manageable goal.

Once more the volcano offered a surprise- the higher you climb the smaller the stones get and in consequence it gets even more slippery. Our last stop was at 1500 m because after that you are not allowed to stop anymore for security reasons – after all the volcano is still active and a lot of sulfur is released by it. That’s also the reason for the disgusting smell on the way to the top. By that time sight went down to 20 meters. The moment we thought we nearly made it the ground changed into sand: two steps up, one step sliding down! Ridicules!!! The moment we reached the top was supposed to be overwhelming but actually we couldn’t see sh*t and it smelled like sh*t! So after round about 10 minutes at the top we started to descend. Believe it or not the way down was even more miserable than our way up. Two of us had to do the crab walk down (on all fours). In total it took us 10 hours. Finally arriving at the car getting a cold Coca Cola was the best feeling of the day.

Ready for hiking the Conception 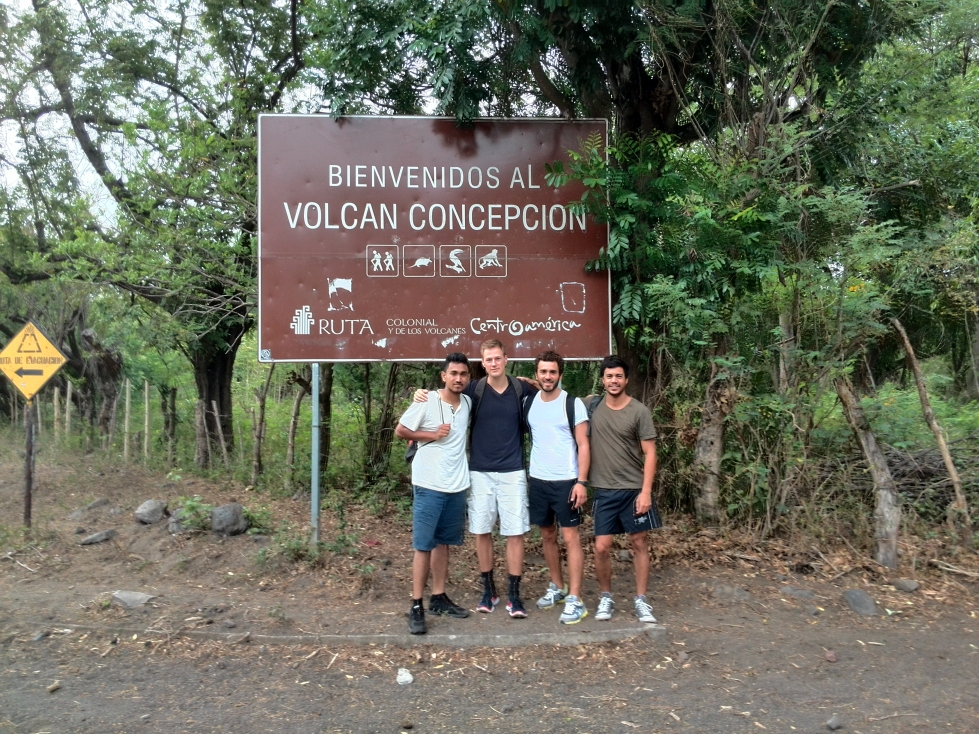 The first part of the climb through rainforest 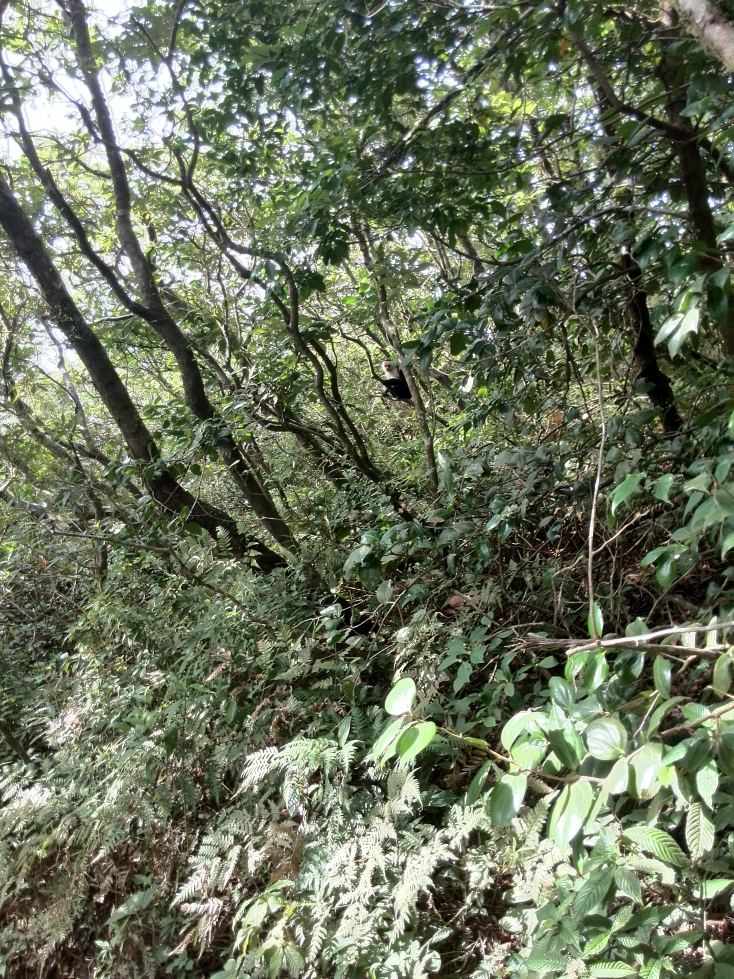 The second part of the hike is still ok 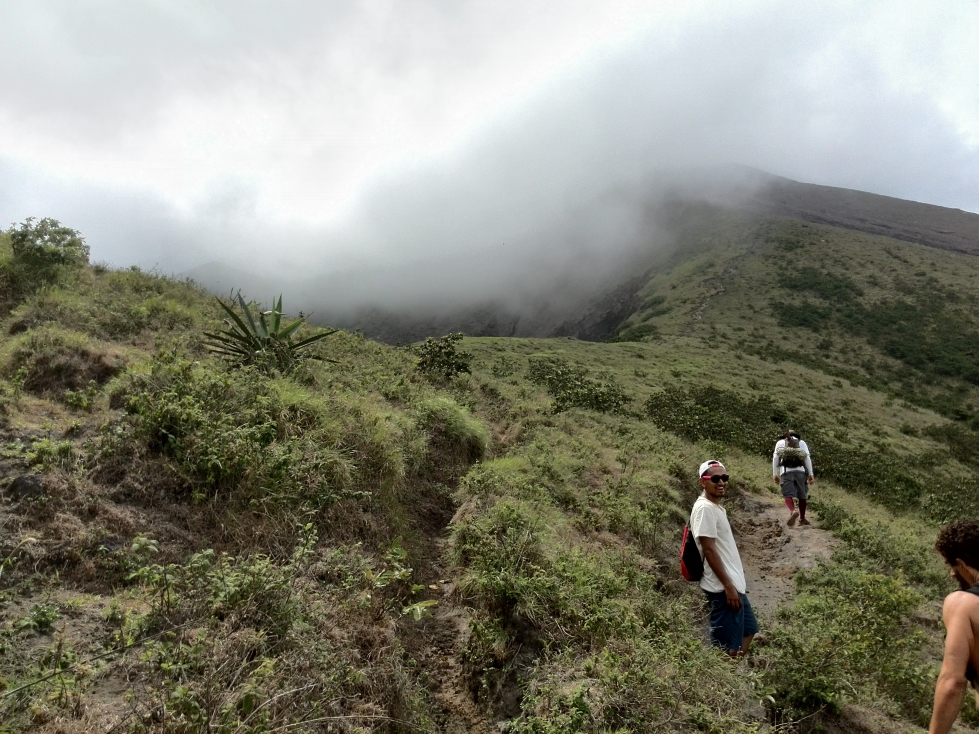 … and the higher we got, the poorer the visibility became 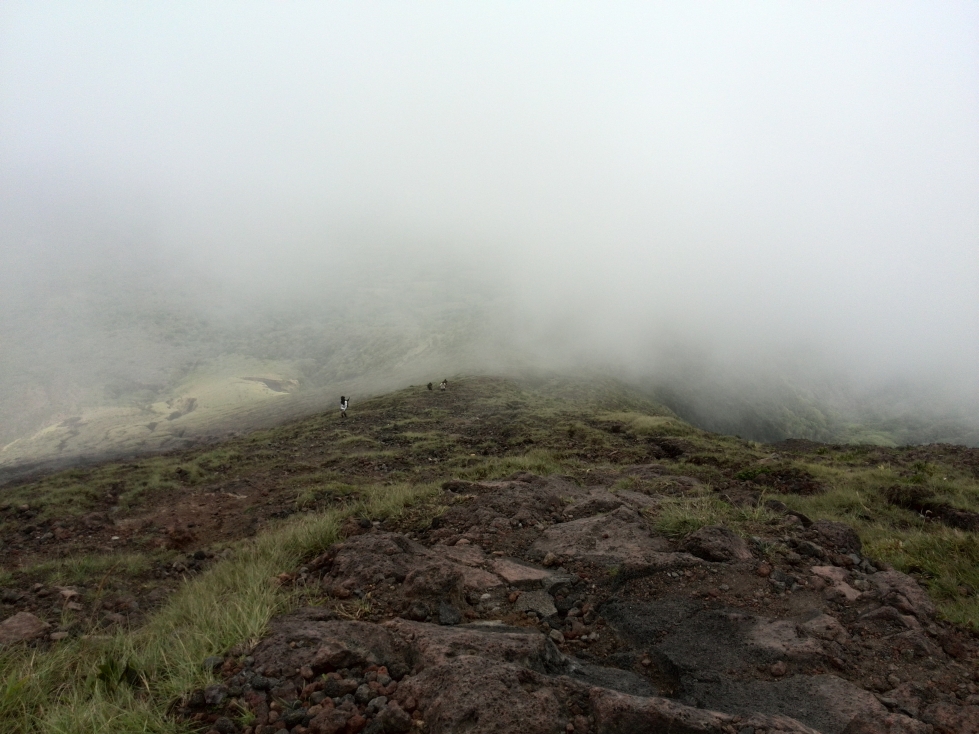 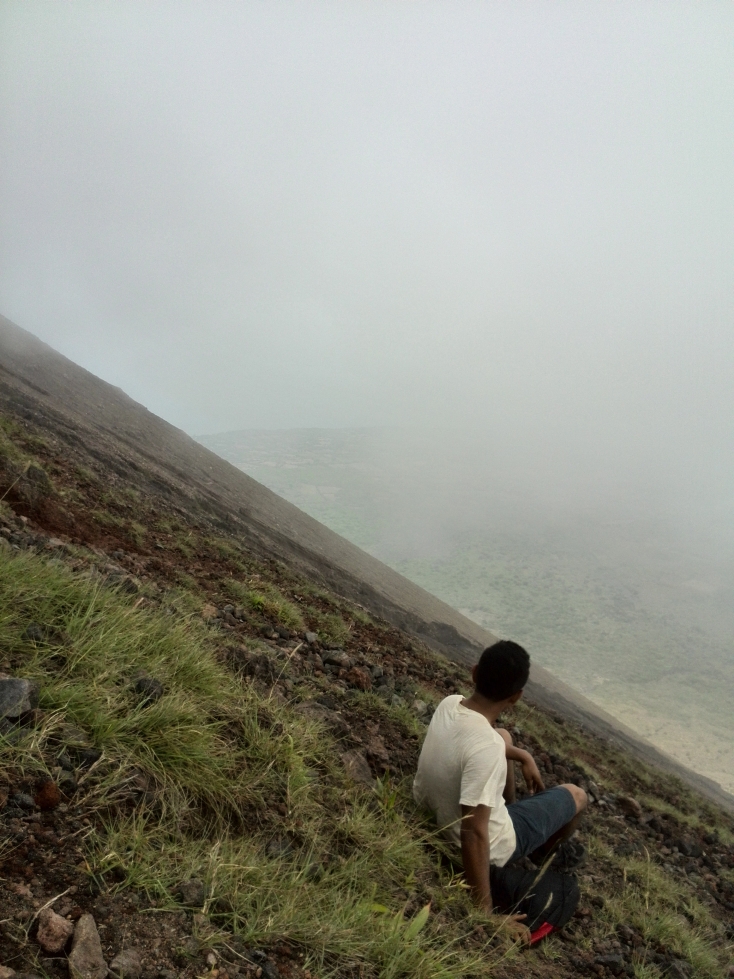 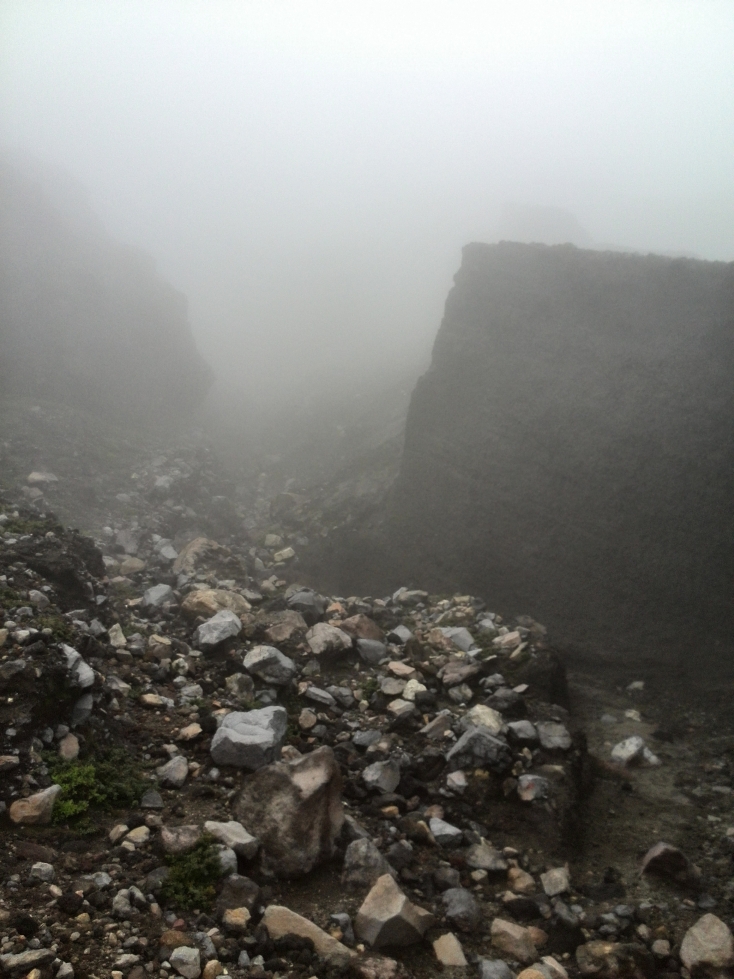 The ground changed into sand 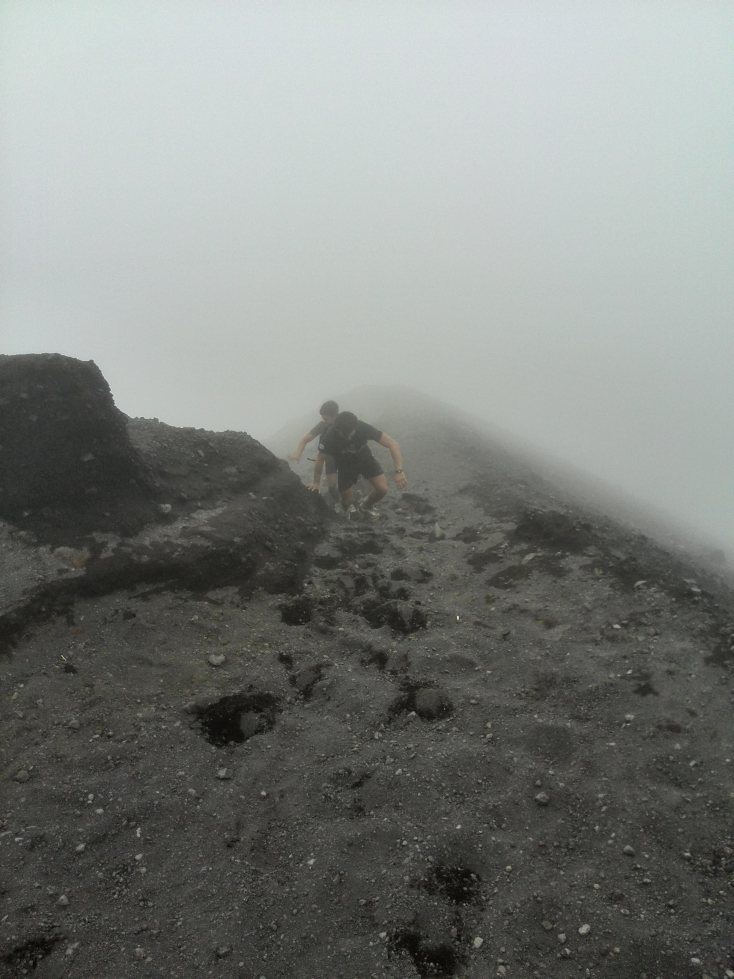 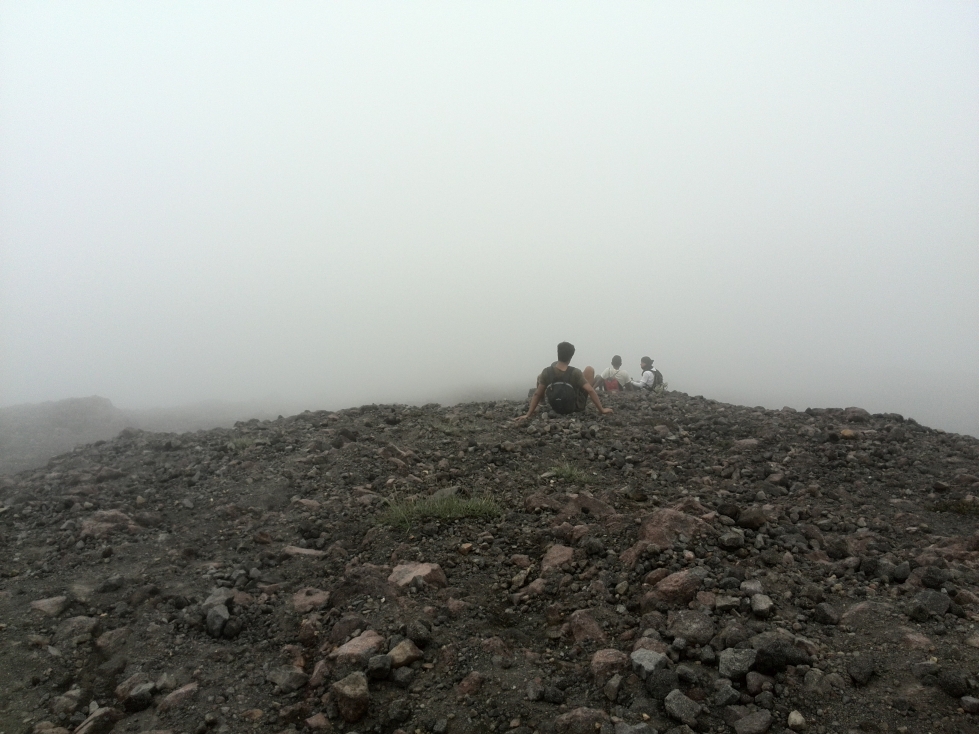 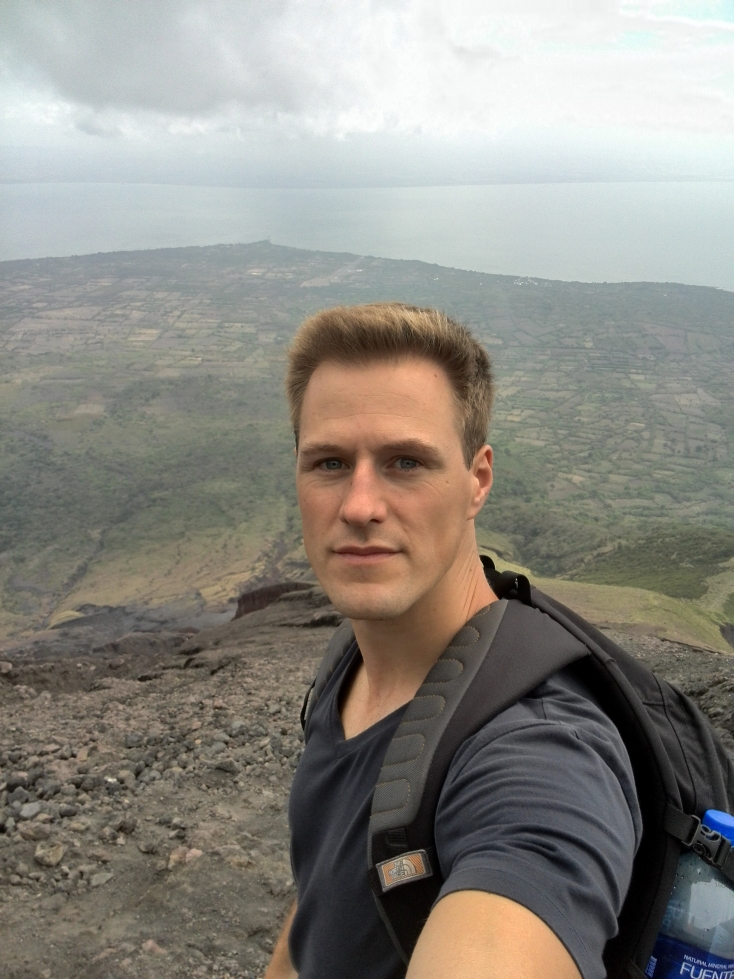 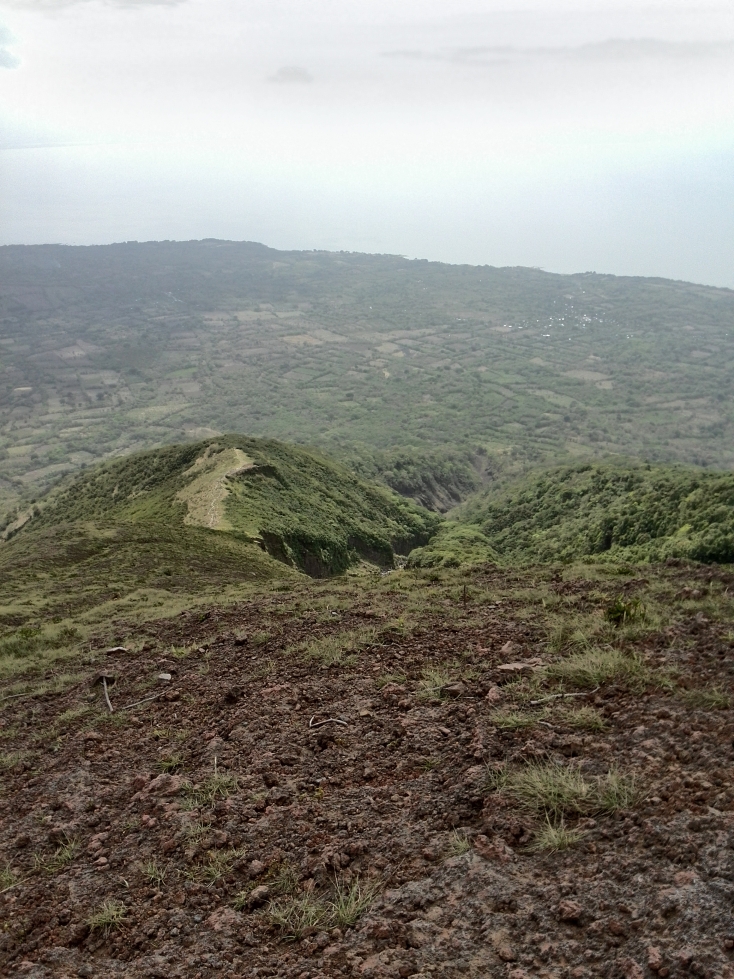 On the way down the sky cleared up 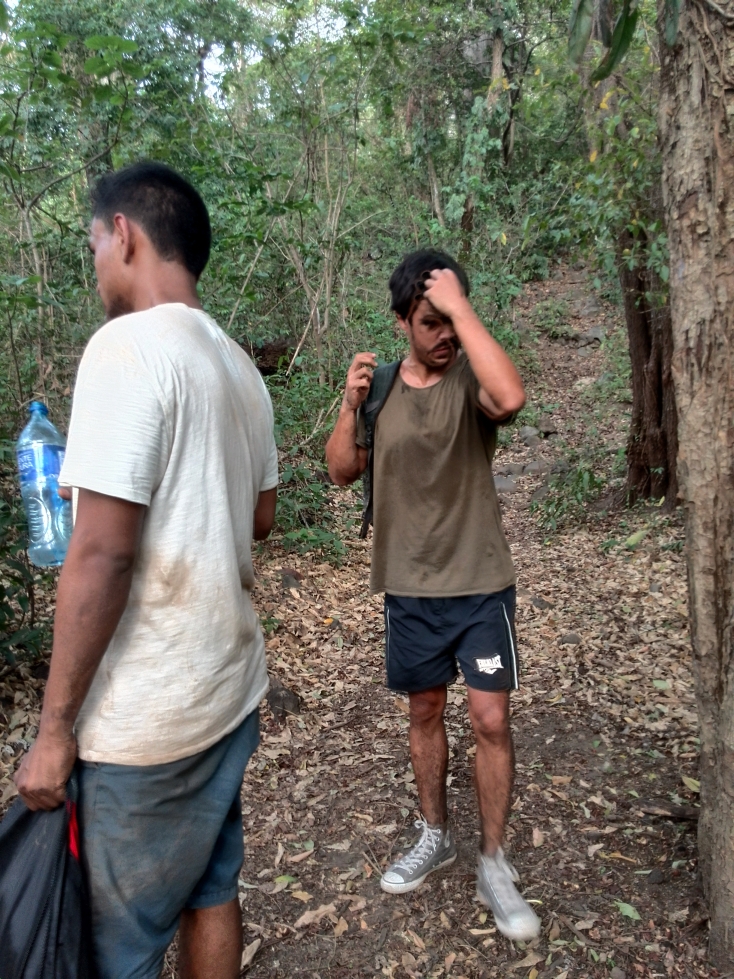 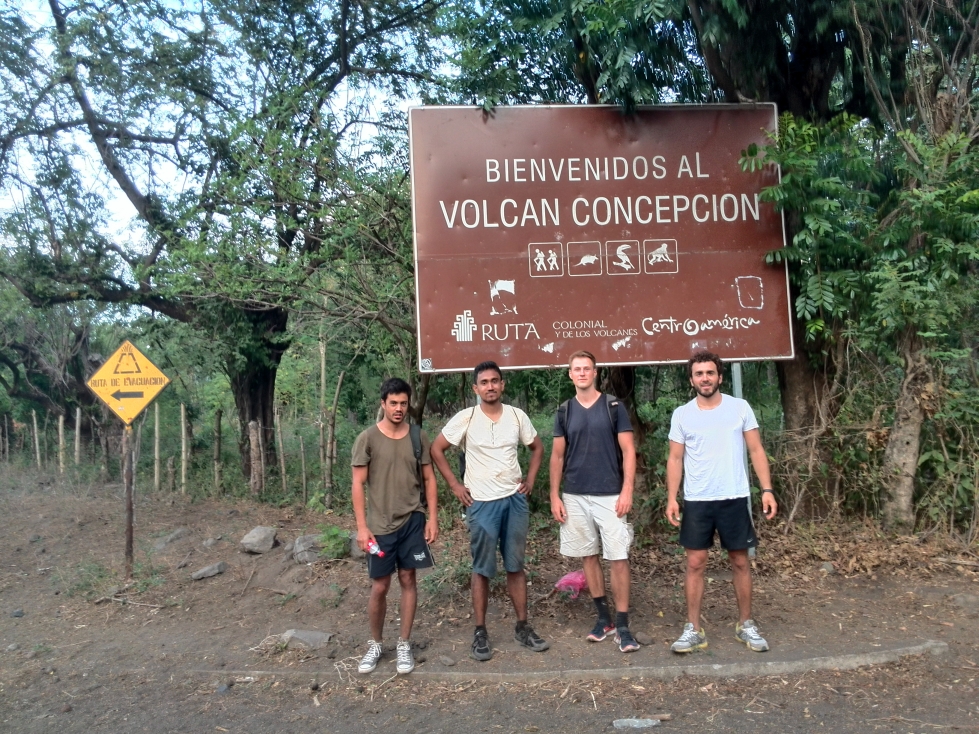