Koh Rong Samleom: a place to hang lose and relax.

On our way we met two German guys who where looking for a place to stay. Our accommodation had one bungalow left so they decided without further ado to stayed in the same place. The next days we spent quite some time together chatting or playing cards, volleyball, frisbee and so on. The place consisted of a few huts and a main place. It was surrounded by “jungle” and was very quite. We had nothing to do besides sleeping, swimming and relaxing.

But a next adventure was waiting for us. The moment we left the place everything went different as planned: arriving at the dock we found out that the boat to the mainland left earlier than scheduled therefore our planned buffer time went down from 4 hours to -1h. We were pretty sure we wouldn’t be able to catch our flight. Luckily, we found another boat that took us to the mainland and we still had 1,5 hours before our official departure time. Normally it should take only 30 mins from the harbor to the airport with a Tuk-Tuk. Unfortunately, we found a a driver who realized that we were in a hurry and drove extra slow. After a while he slowed down even more and told us he could only drive faster if we give him extra money because driving faster would take more petrol. So we were thinking: for sure not, but saying: “sure, just go a head”. He speeded up a bit and we reached the airport 35 mins before departure. Luckily, the airport is very small and there was only one airplane in the parking slot. While Niels had a “polite” discussion with our driver, I arranged the check-in. Niels hardly ever gets really angry – this time he was. So angry that surrounding people steped in and settled the little dispute (including a police officer ;). The rest wasn’t a problem at all: the baggage was checked in easily and the waiting time was reduced to 10 mins before boarding 😉

Our luxury villa for the next few days… 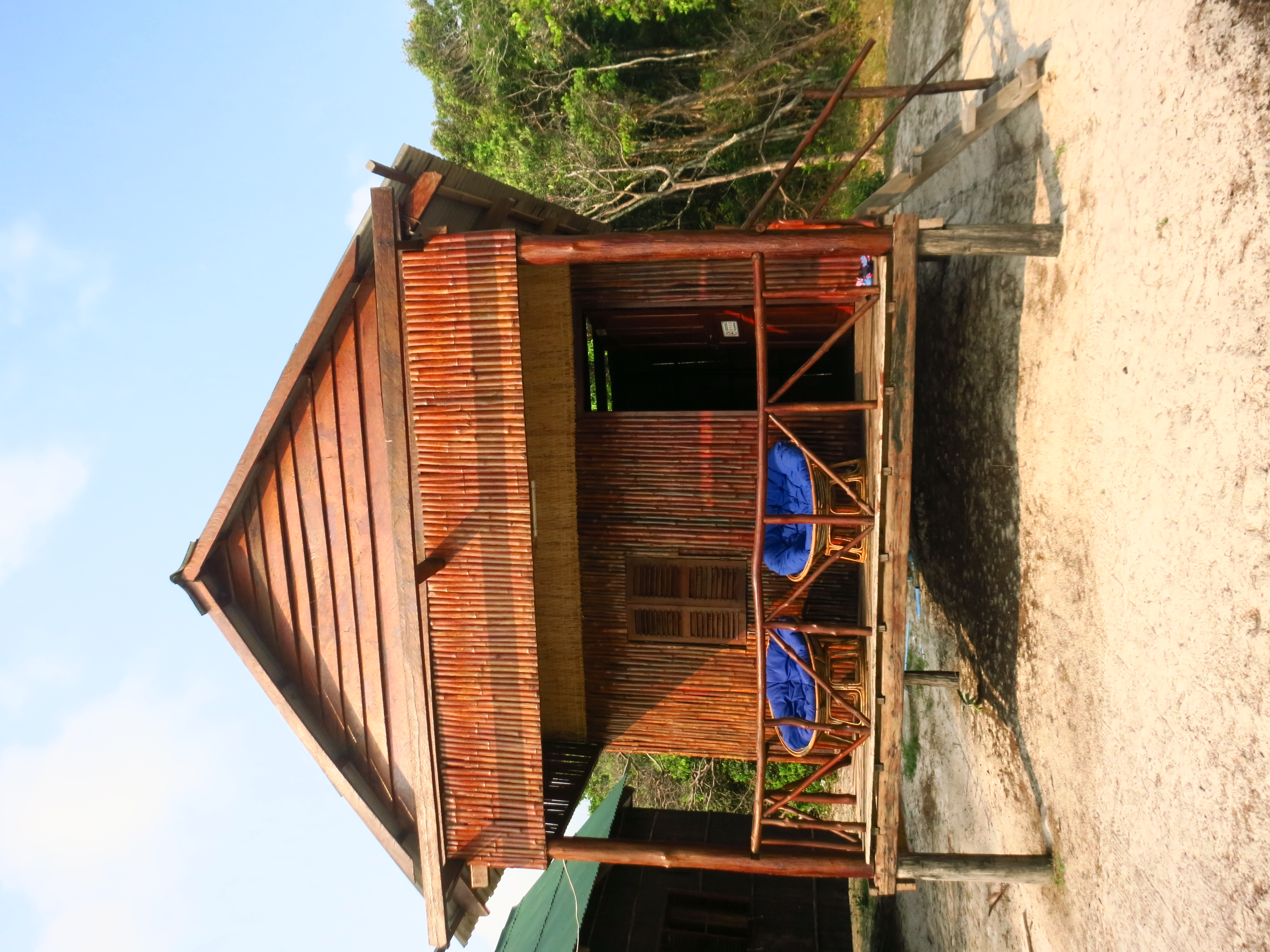